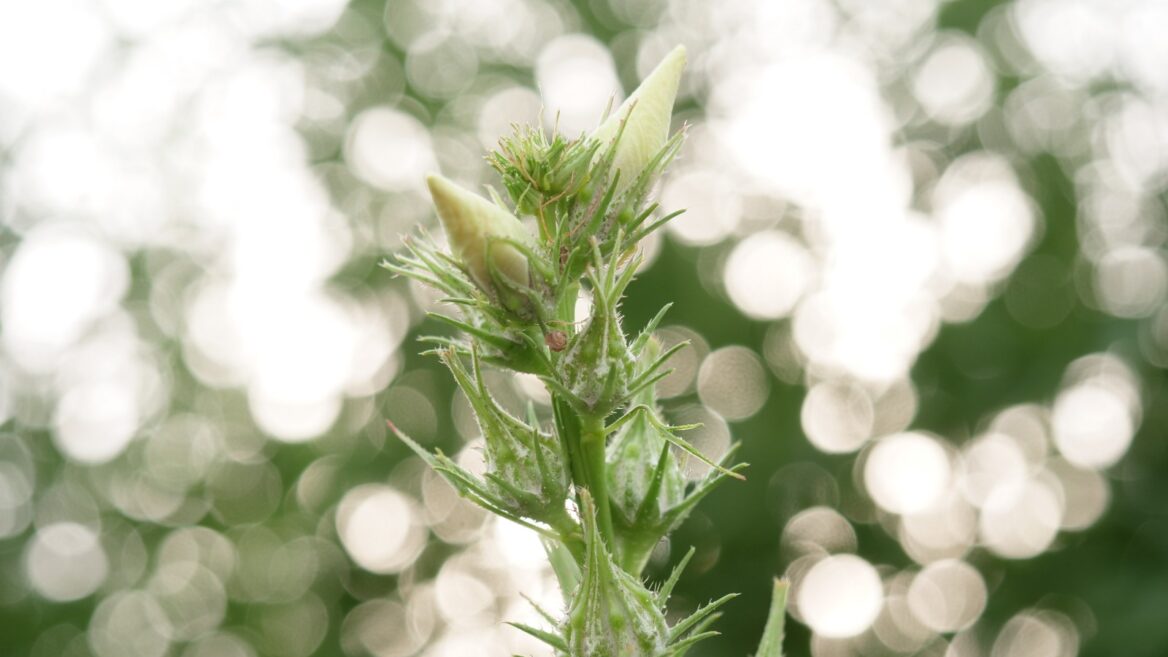 The kenaf plant has many uses in producing sustainable materials. Photo courtesy of Kenaf Ventures

You can’t talk about architectural discourse in the 21st century without discussing sustainable design.

Known for its high rate of carbon dioxide emissions and contributions to air pollution relative to other cornerstone sectors, the buildings and construction industry is gradually implementing greener standards to reduce its heavy ecological footprint.

In addition to the development of smart cities and green buildings, the use of alternative building materials is being explored.

To this end, Israeli company Kenaf Ventures is developing and producing sustainable raw materials made from the kenaf plant (Hibiscus cannabinus) in an effort to decarbonize the construction sector without reducing product quality. 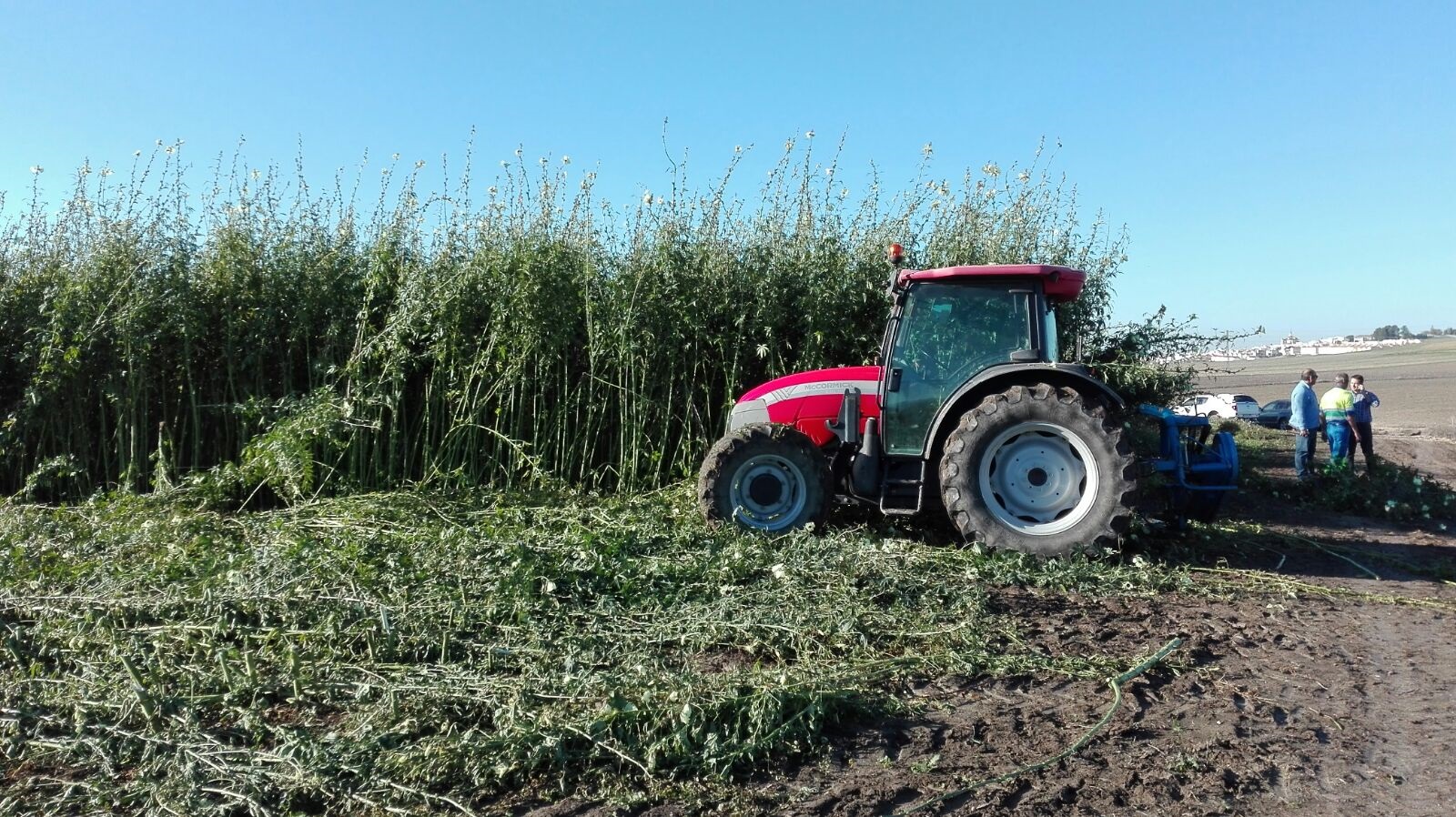 Although industrialization ushered in financially efficient technologies to mass produce bricks, concrete, and steel, these common materials all share a high energy cost in terms of raw and finite material extraction, processing, and transportation.

In addition to mining minerals and turning them into cement, concrete and gravel, not separating waste at construction sitesalso contributes to the high rate of carbon emissions.

This is referred to as embodied energy –the energy used in the extraction, manufacture or transportation of building materials.

According to a study by the United Nations Environment Program (UNEP), buildings and the construction industry generate 39% of energy-related carbon dioxide emissions. It also accounts for more than a third of the world’s final energy use.

According to the report, progress towards sustainable buildings and construction is not keeping pace with the sector’s growth and the greater demand for energy services.

The versatility of Kenaf

In recent years, global demand for plant-derived fiber has been growing, as it is a sustainable and renewable resource. 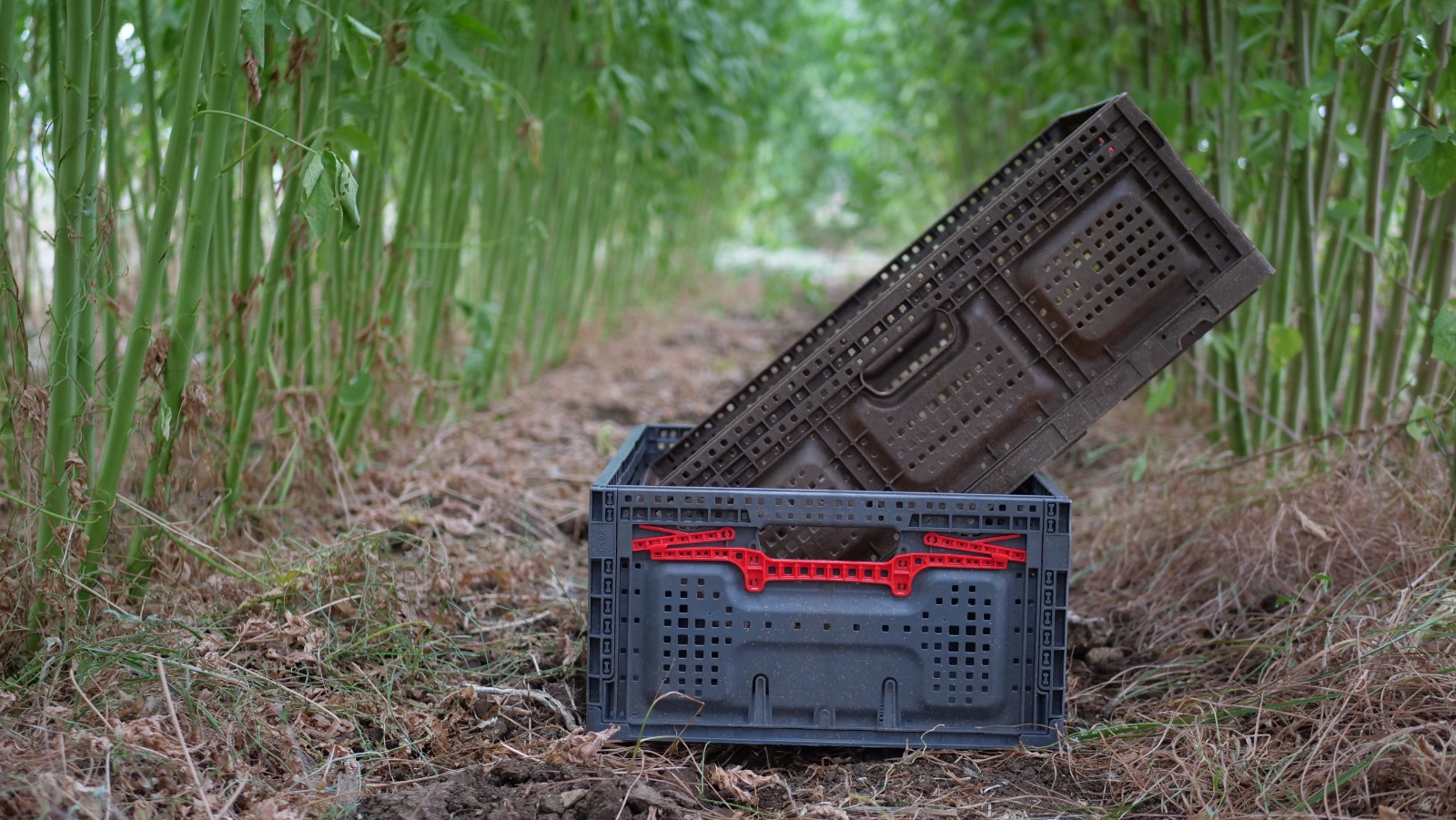 Bins made of kenaf and recycled plastic in a kenaf field. Photo courtesy of Kenaf Ventures

The company was established in 2011, and initially operated in Germany and Spain. In 2018, the development centers moved to Israel, and today the company cooperates with the Silicate Laboratory at the Technion-Israel Institute of Technology as well as a private plastics laboratory.

The company’s wide range of products for the construction industry are made from the kenaf plant, a type of hibiscus that originated in Africa but now grows in various parts of the world and from which fibers similar to jute can be produced.

These fibers can be used to produce oil, absorbents, paper, fabrics, packaging material, and as mentioned, building materials for the construction industry.

Not only does the kenaf plant require a minimum amount of water, but it is also highly versatile in that it can be grown in different soil types and various climate conditions.

It absorbs more carbon dioxide than do other plant-derived building materials and even absorbs heavy metals from the soil. 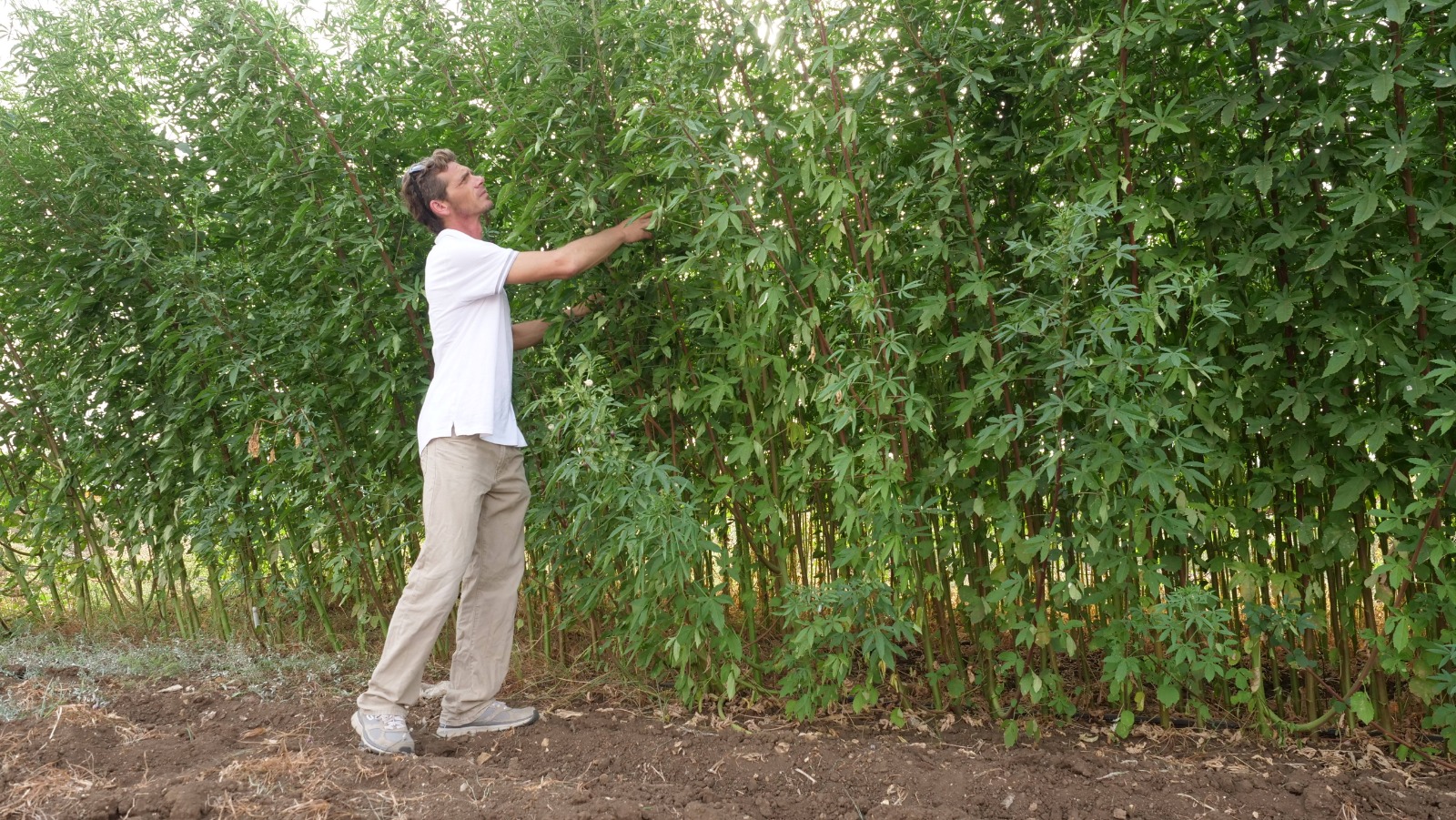 “Due to its low specific gravity and its ability to absorb substances up to 10 times its weight, the kenaf is able to absorb pollutants from the sea as well,” says AvishaiMorag, founder and chief technology officer of Kenaf Ventures.

“Kenaf is a wonderful substance when it comes to absorbing heavy oils like tar. I don’t know of any similar raw materials that are as effective as this plant.”

He said that in the 2010 oil spill in the Gulf of Mexico, kenaf was used in cleaning efforts.

“You can make huge nets to which the kenaf is attached, and it is highly effective in storing the oil and tar in it,” he says.

With respect to Israel, Morag suggested kenaf could be helpful in recovering from the tar disaster that recently struck Israel’s Mediterranean coast.

Approximately 33% of the kenaf plant is composed of fibers and the remaining two-thirds makes up the core. One of the main challenges in the development process was finding a way to use the entirety of the plant—the robust fibers and the core.

“Unlike the fibers of the kenaf, the core is considered an inferior substance,” says Morag. “Our goal was to find a way to combine one hundred percent of the plant parts in the products we produce, and we succeeded.”

“We offer not only a green product but a complete concept of a product—where to grow the plant, how to move it, and how to produce the product from it,” says Morag. “Economically, it will have a positive effect on the environment and, of course, in terms of cost.”

The company’s products that already exist are in the final stages of patent approvals, but none of them have yet entered the construction market.

“The construction industry in Israel is conservative and suspicious,” says Morag. “It has to do with the fact that Israel is many years behind in some environmental contexts such as recycling and garbage separation and education for sustainability. Europe is adopting the world of green construction much better, and the regulation there also supports it.”