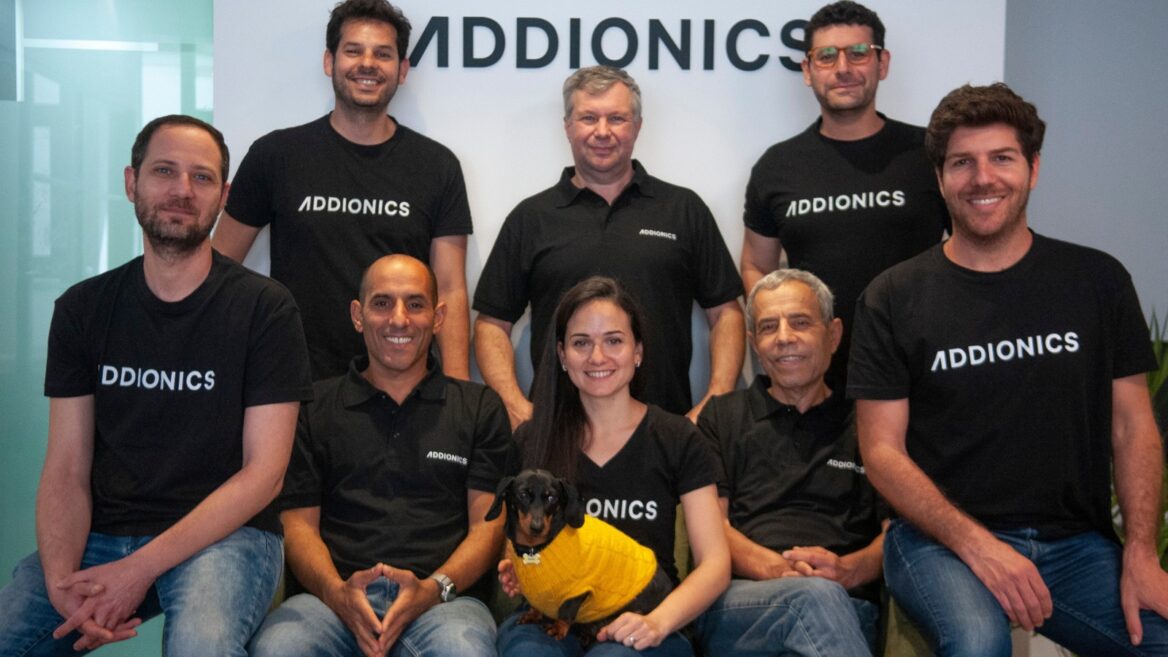 And here is where Biton saw a huge opportunity “as trillions of dollars will continue to be invested in creating better batteries.”

Addionics aims to capitalize on this opportunity by introducing a relatively small change into how batteries are designed.

Unlike other companies that focus on improving battery chemistry, Addionics is focused on the physics of a specific part of the battery, the electric current collector.

The current collector serves as the substrate of a battery’s electrodes. These small metal sheets, not dissimilar to aluminum foil, are layered around the “active material” – lithium ion, for example.

Think of an electric battery like a sandwich, Biton suggests. “The bread is the electricity collector, and the cheese is the active material.”

Most electric car battery “sandwiches” have the “cheese” only on the top. Addionics layers the “cheese” throughout, along with layers of porous and spongy “bread.”

“That way we get more active material in the same space, which increases the range by keeping the contact between the metal and the active material very high while minimizing internal resistance, enabling higher currents.”

Because current collectors are porous metal webs, he explains, “there is more surface area contact between the chemistry and the current collector, which increases charge rates. It gives us the opportunity to minimize the trade-offs between fast charging and range.”

Biton is referring to the fact that the bigger the battery (or thicker the electrode), the longer the range, but the longer it takes to charge. A thinner electrode achieves faster charging, but the range will be low.

Fast charging with a high range requires many thin layers, which can add 50 percent to the price. Batteries comprise up to 40% of the cost of an electric vehicle.

“There are 40 layers on average in a battery cell,” Biton adds. “If each is 50 to 100 microns thick and we can increase that and make it 70% to 95% porous, we’ll need fewer layers, while achieving range and charging performance targets.”

Addionics says that its technology can halve charging time as well as reduce internal heating, cutting the chances of another exploding vehicle as has happened in July when a Tesla Model S Plaid caught fire in Pennsylvania.

“Consumers won’t start using electric vehicles because they’re fashionable or green or sexy but when the performance they give is similar to an internal combustion engine vehicle, where you can charge your car as quickly as refueling the tank with gas,” says Biton.

That sets Addionics apart from other emerging battery technologies. For instance, Israeli startup StoreDot will require its own factories and will not be compatible immediately with, say, Tesla’s Panasonic-produced batteries.

“We can partner with them. They’re not direct competitors but more like potential clients. We can improve any type of battery and our product can be beneficial to all these companies,” Biton says.

CTO Vladimir Yufit explained it this way: Addionics is “betting on the race and not on the horse.”

Addionics plans to sell its thicker, faster, cheaper metal foils to existing battery manufacturers. “They look the same and the fitting will be as smooth as possible. We want to minimize any friction,” Biton stresses.

Founded in 2017, the 19-person Addionics has raised $8.5 million (including a $2.5 million grant from the European Union’s Horizon 2020 competition) and has six paying projects. One of the most prominent is with Saint-Gobain, a large French materials company. The BIRD Foundation is helping to fund the collaboration. 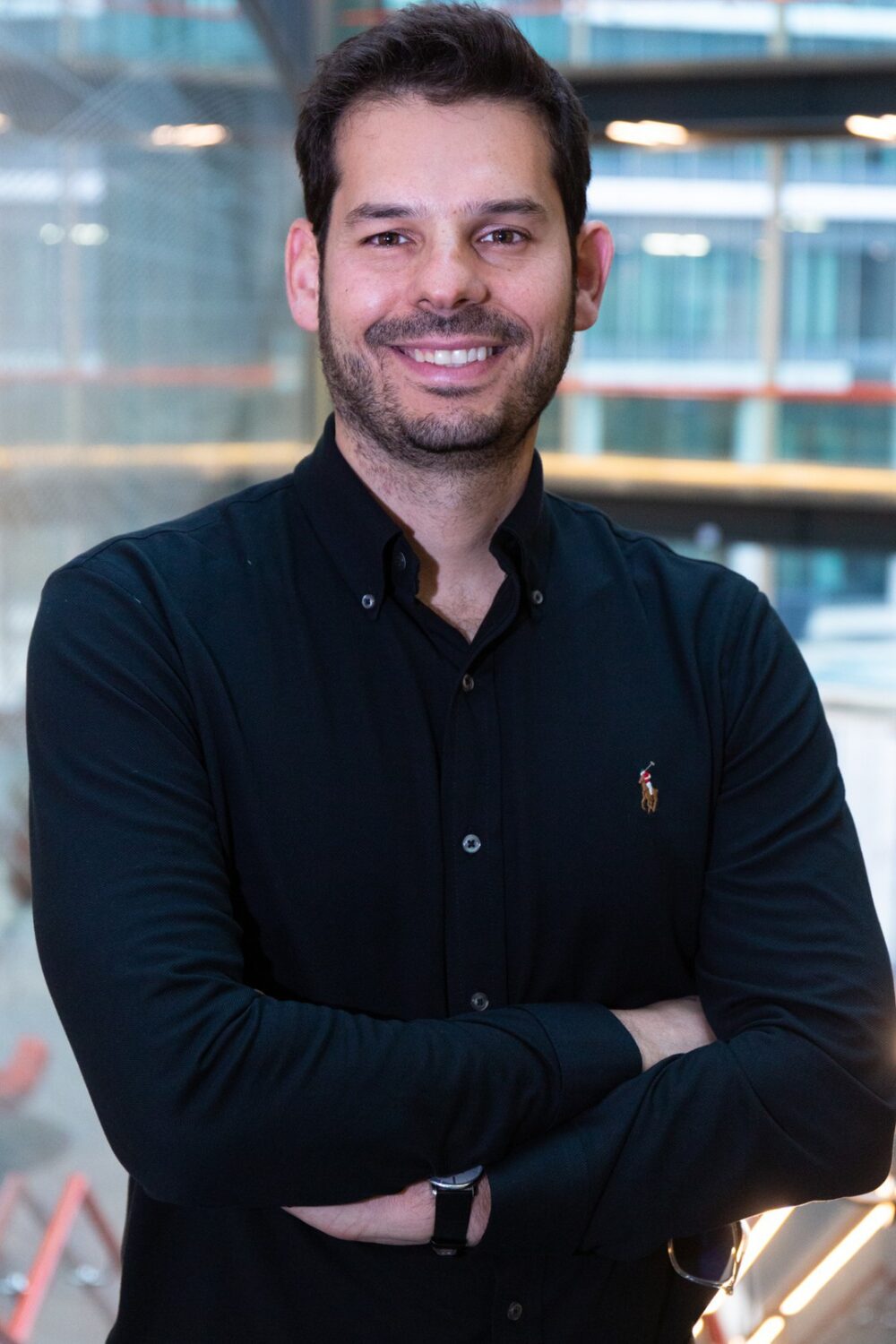 “We’re working with their research center in Boston to develop together the next generation of solid-state batteries,” says Biton.

Addionics is also working on bringing its technology to consumer electronics – from wearables to laptops to medical devices and even drones. The aim is to increase energy density by 15% to 25%, a big bump up from “the 2% to 3% they’re used to,” Biton notes. “The need is so great that any small improvement will have huge economic value.”

Biton hopes that his company’s first products for the consumer electronics space will be ready by 2023 – they’re currently in the proof-of-concept stage. Electric cars will take longer.

“It usually takes around five years for tests in the car industry, so we’re looking at 2026 for electric vehicles,” he says.

Biton worked most of his career in the semiconductor industry. He has a PhD in material science from Imperial College London. His PhD supervisor has since joined Addionics.

Biton moved back to Israel (“I wanted to benefit the Israeli ecosystem”) where production is now taking place. A team in London does the modeling, software and design.

“It’s a really interesting time. If we have more electric vehicles, we need more batteries, we need more production, we need more supply. We will need to increase capacity by 30 times if we want to meet by 2030 the number of batteries to support and meet [manufacturer demand],” Biton tells ISRAEL21c.

“It’s a very ambitious goal, to change the architecture of batteries, which hasn’t been changed in the last 30 years,” Biton says. “There is not any better time in history to be in this industry.”

UNCOVER ISRAEL - Get the ISRAEL21c
Weekly Edition free by email
Sign Up Now!
Bring Israel's story to life.
Millions of people around the world rely on us to gain a deeper understanding of Israel. We are the trusted source for original content you won't find anywhere else.
You can make a difference. Donate today to support journalism that brings Israel’s story alive.
SUPPORT ISRAEL21c
Read more on:   Technology, electric vehicles, fast-charging battery