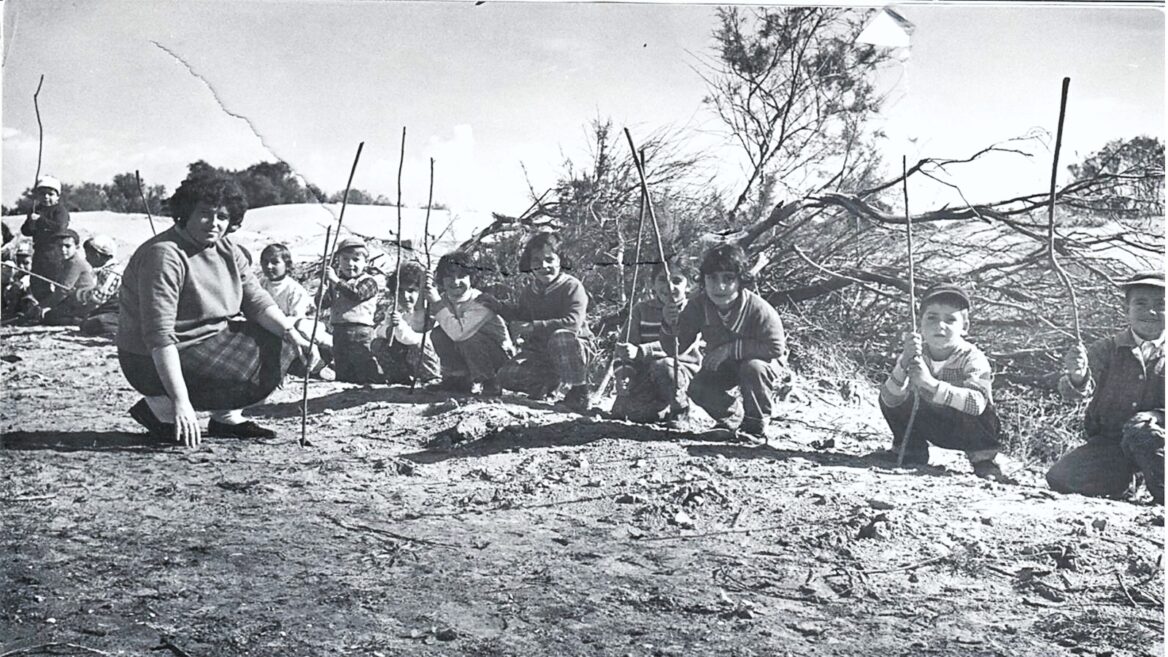 Tu B’Shvat, the “New Year of the Trees” on the 15th day of the Jewish month of Shvat, is one of four Mishnaic “new year” dates used in calculating agricultural cycles.

Modern Israel began, instead, to celebrate Tu B’Shvat with tree-planting. In 1884, the pioneers of First Aliyah agricultural settlement Yesud Hama’alah in the Galilee planted 1,500 fruit trees on Tu B’Shvat. 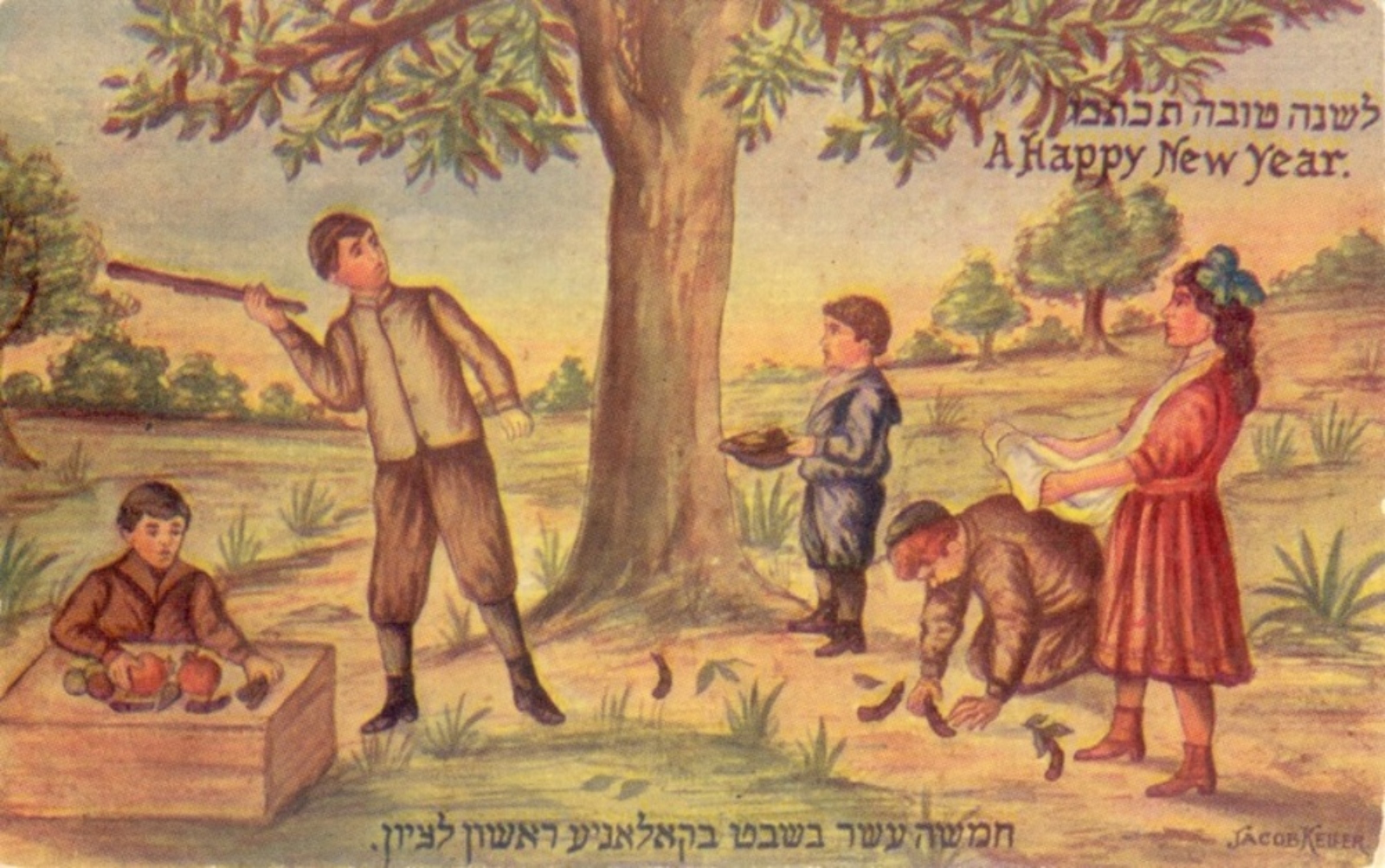 Children gather carobs and pomegranates in celebration of the “Colony of Rishon LeZion’s” 15-year anniversary in this postcard from 1910. Image: National Library of Israel

In 1890, Rabbi Ze’ev Yavetz was the first teacher to bring students on a tree-planting expedition in Zichron Ya’akov, launching an educational tradition that was adopted by the Jewish Teachers Union in 1908, and which has continued to this day. 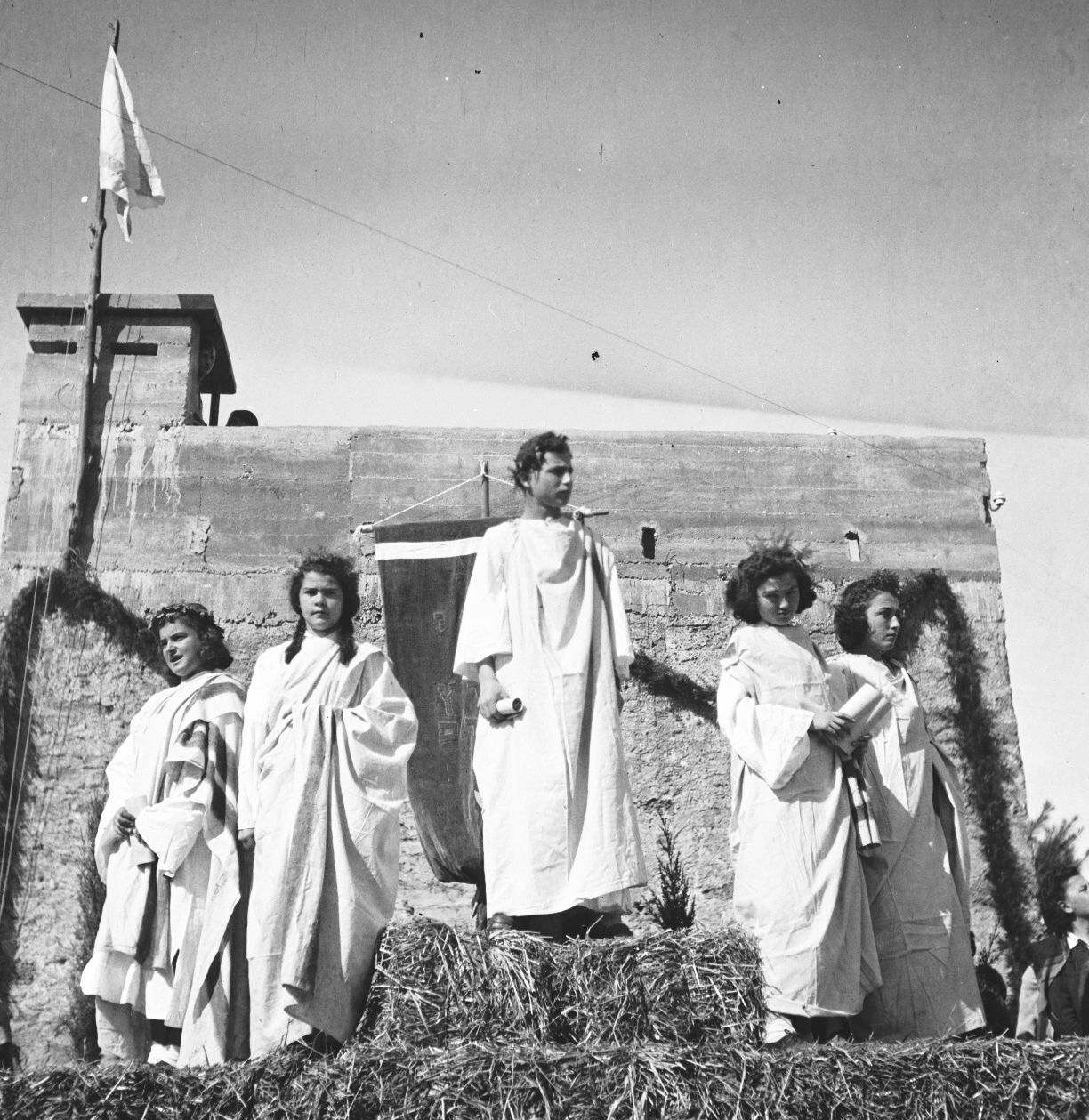 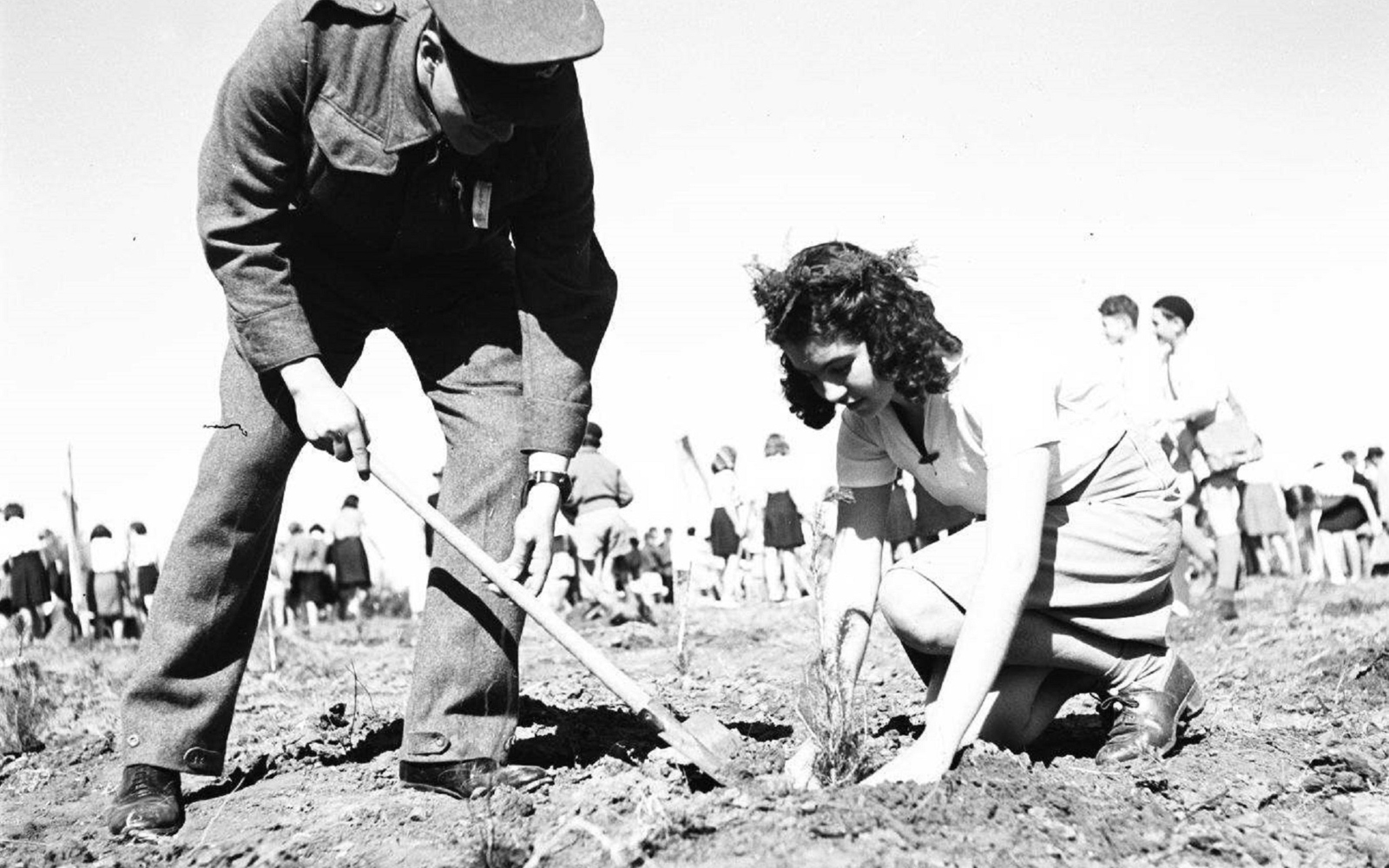 The custom was also taken up by the Jewish National Fund – Keren  Kayemet  L’Israel (JNF-KKL), which turned tree-planting into an overarching global symbol of Jewish national renewal.

The organization began a tradition of issuing posters celebrating the natural fit between the “New Year of the Trees” and JNF-KKL’s mission of buying land for development, draining swamps for land reclamation, building dams and reservoirs, and planting forests.

Even after the holiday ended, these decorative posters continued to hang in school halls and classroom walls, therefore making a strong and lasting impact on Israel’s children. 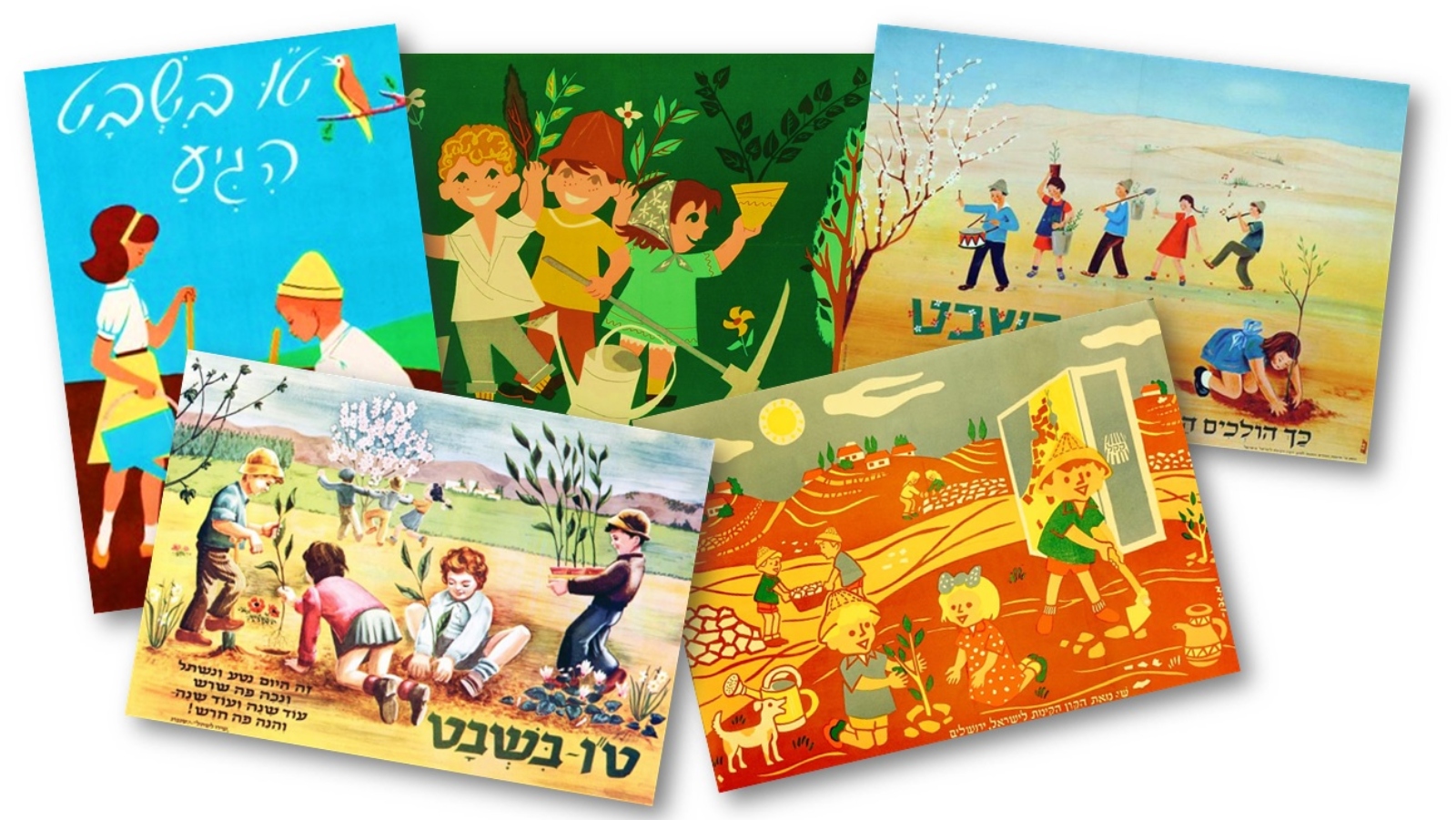 By the 1950s, tree-planting had so overshadowed the Tu B’Shvat  seder that historians feared the tradition would be erased forever.

In the 1960s, spearheaded by Nogah Hareuveni, Israel Prize-winning founder of biblical nature reserve Neot Kedumim, a movement arose which harkened back to these ceremonial origins.

Many kibbutzim in the 1970s adopted Hareuveni’s concept of reviving the ritual of eating fruits of the land. 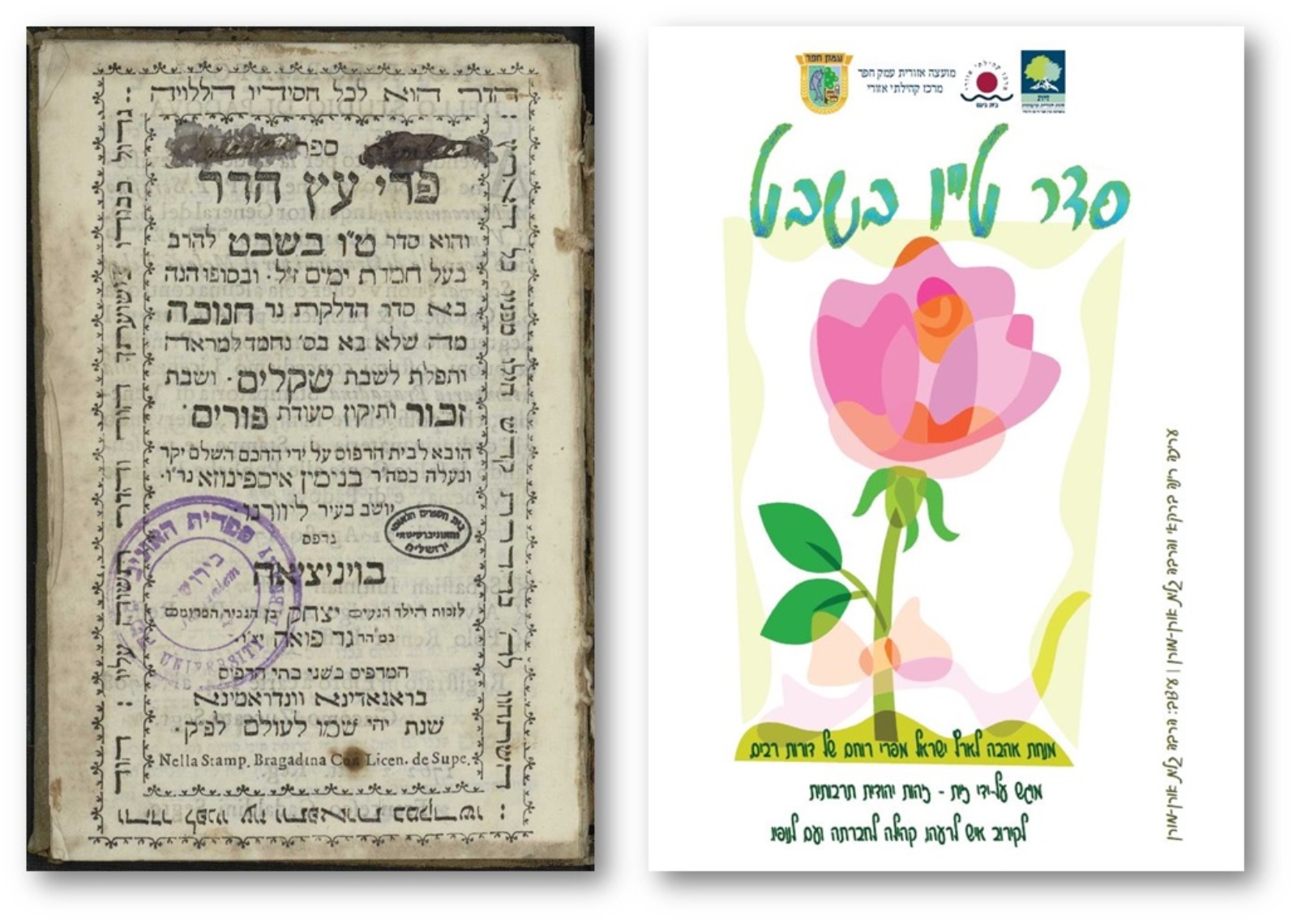 It has proved so popular that today, many communities in Israel and around the world celebrate the holiday with a Tu B’Shvat seder. 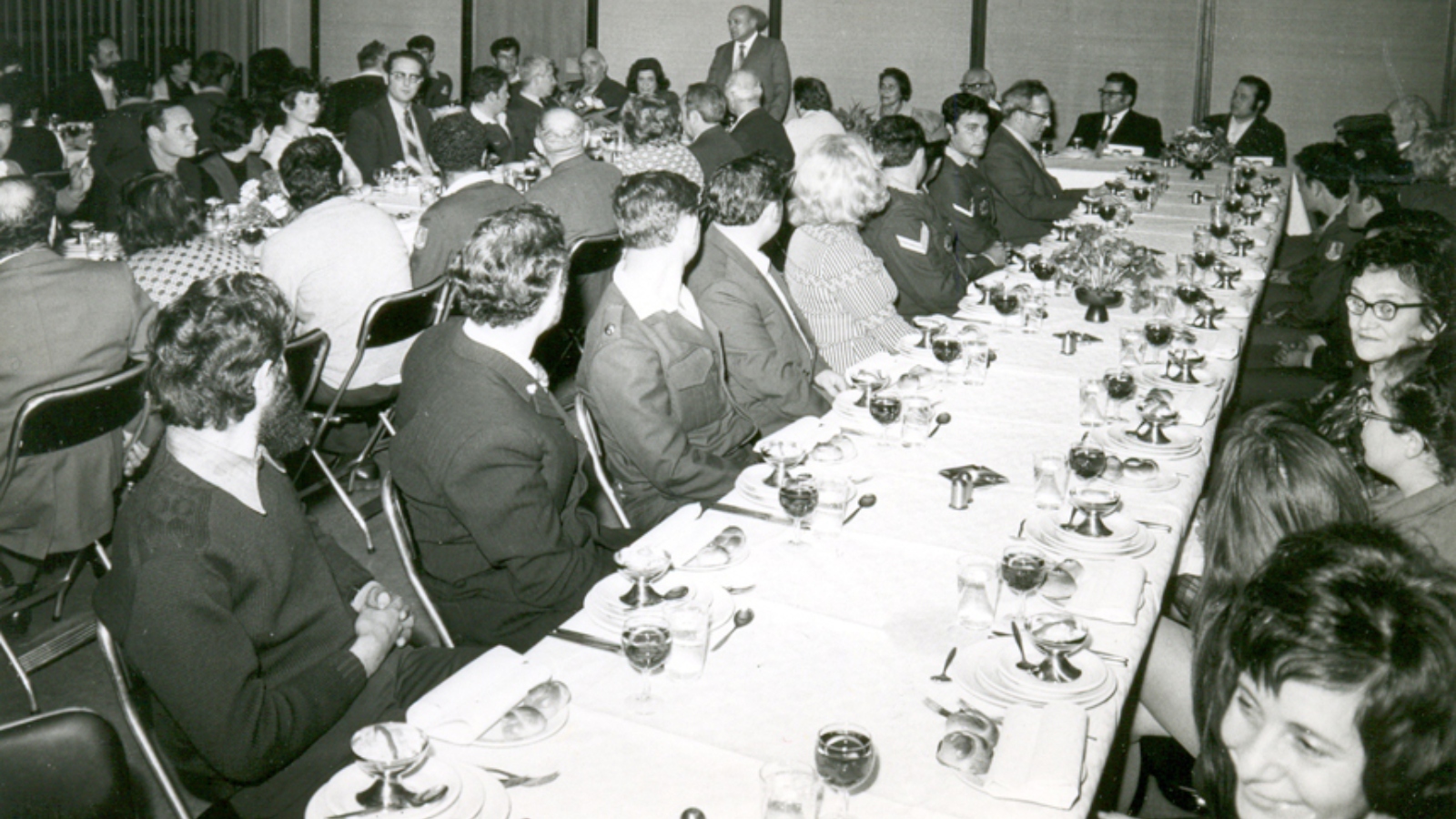 In recent years, activities surrounding Tu B’Shvat have focused on ecology and sustainability.

Activities across the country include learning how to use physics when growing saplings at the Bloomfield Science Museum in Jerusalem, tree plantings at Neot Kedumim and the Jerusalem Biblical Zoo, and JNF-KKL’s “Plant and Ride” tree-planting bike trips, taking place this year on February 7 in Lavi Forest. 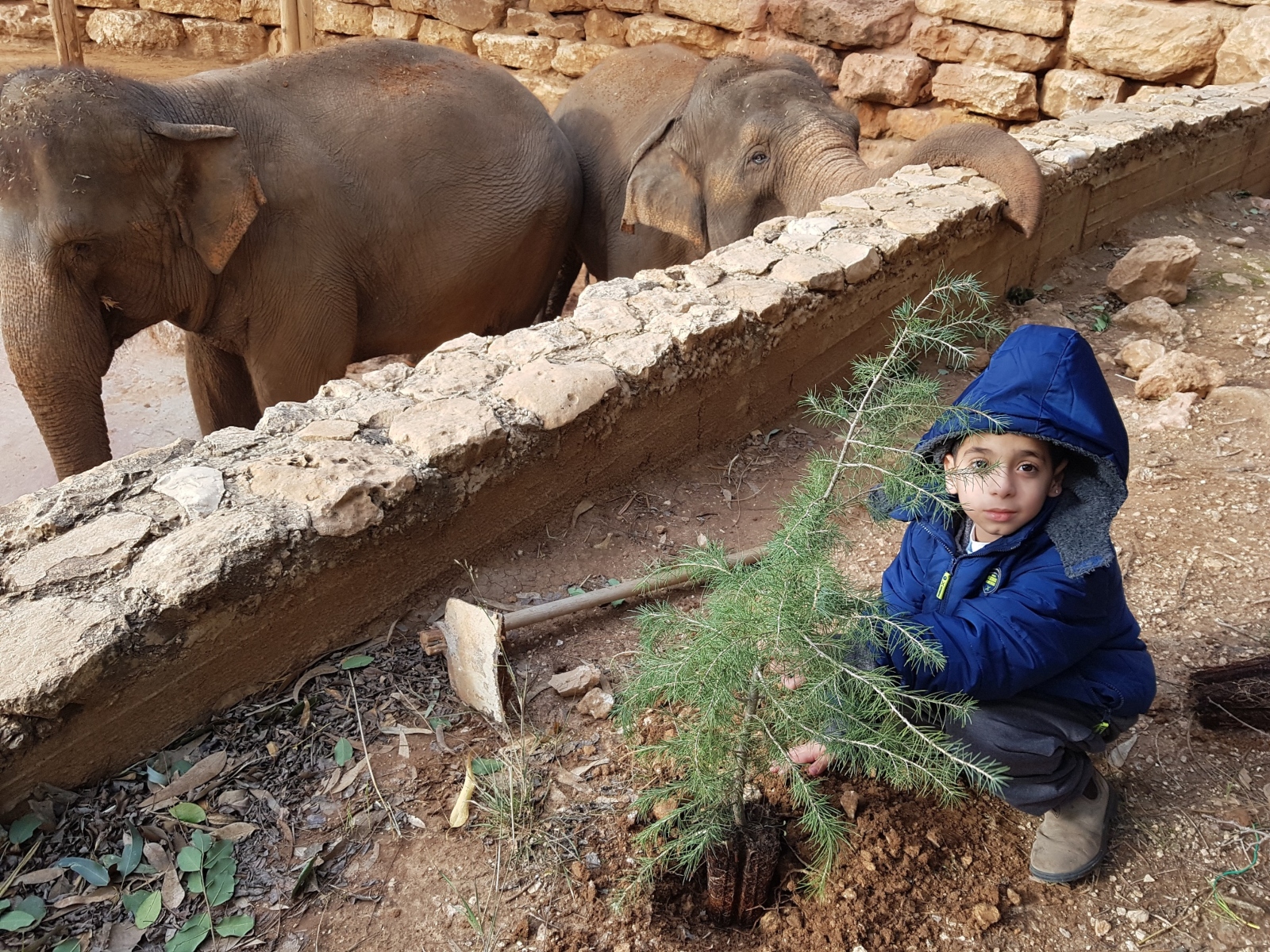 Planting a tree at the Jerusalem Biblical Zoo. Photo by Chagit Elbag

During his visit to Israel last week, eco-friendly Prince Charles planted a tree at the President’s Residence, just in time for Tu B’Shvat.

Prince Charles and Israeli President  Reuven  Rivlin planting a tree on January 23, 2020. Photo by Hadas Parush/FLASH90
UNCOVER ISRAEL - Get the ISRAEL21c
Weekly Edition free by email
Sign Up Now!
Give
Every
Month
Help ISRAEL21c uncover
the Israel we love