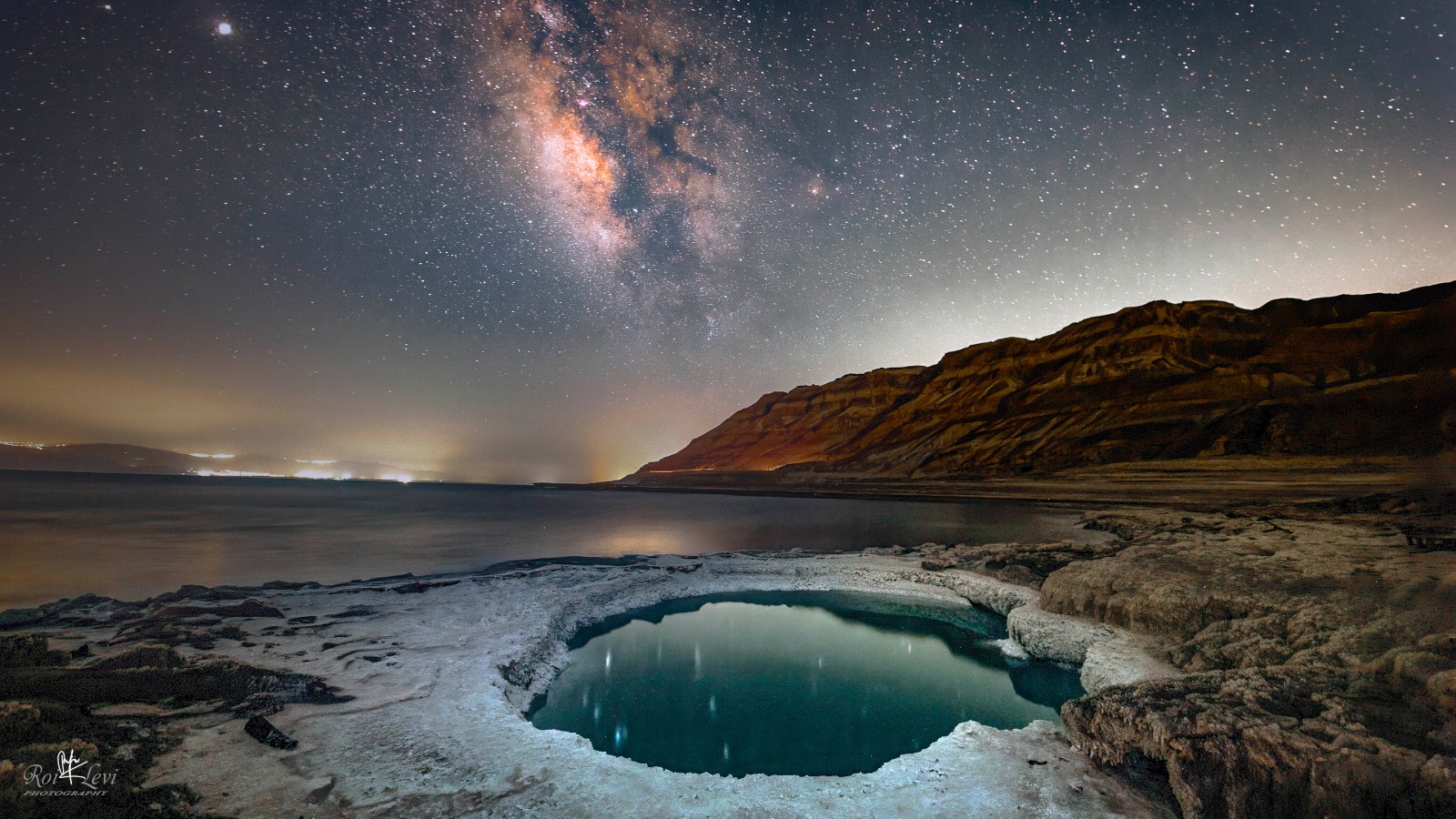 9 astrophotographs that are literally out of this world

Roi Levi was always fascinated with astronomy and photography. About seven years ago, he realized technology had advanced to the point where he could put these two passions together.

Now 38, Levi is one of just a handful of professional astrophotographers in the world. He’s in great demand to teach others his self-taught craft. 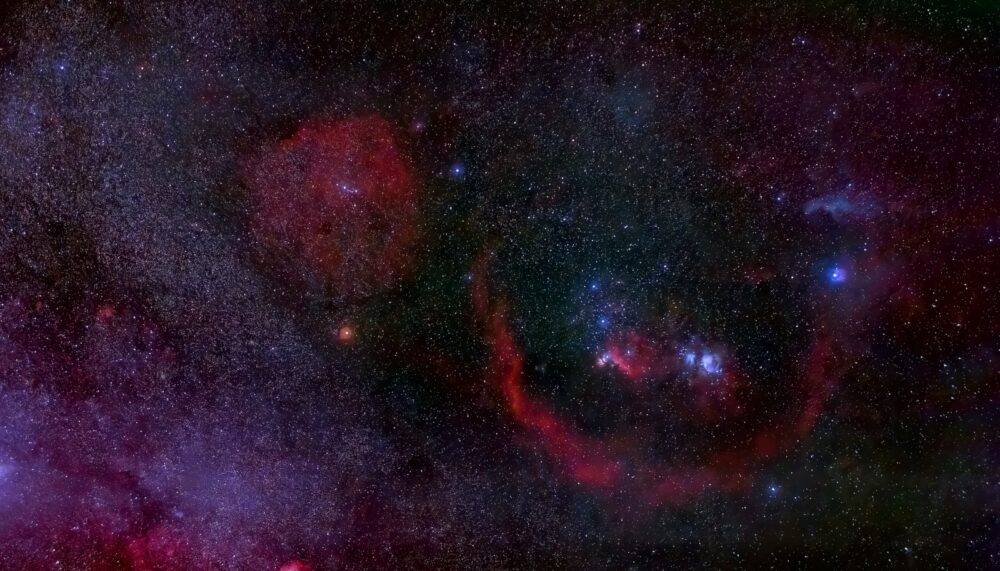 “The sky is full of faint objects — nebulae, galaxies and star clusters,” he explains. “Sometimes astrophotographers find new nebula and if they are unlisted, these new nebulae are named for the photographer.” 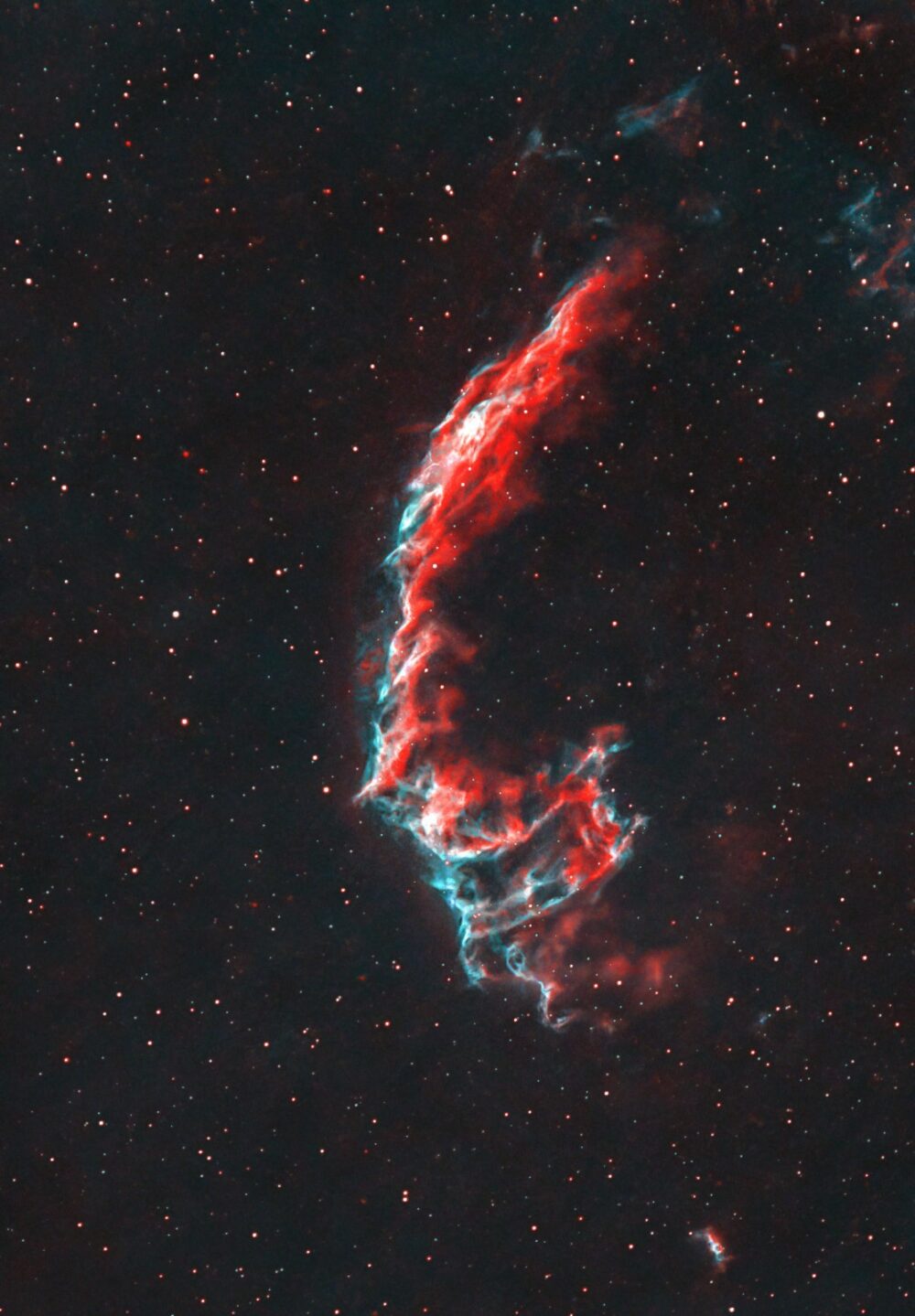 Much as he’d love to discover a new nebula, Levi’sbigger goal is to illuminate all the amazing deep space objects hiding behind light pollution.

“I want to show people how fascinating, big and colorful the universe is. It’s not just black or blue skies out there,” he tells ISRAEL21c.

Levi’s specialty is the relatively new discipline of landscape astrophotography, a sophisticated technique that shows deep space objects juxtaposed with images from Earth. 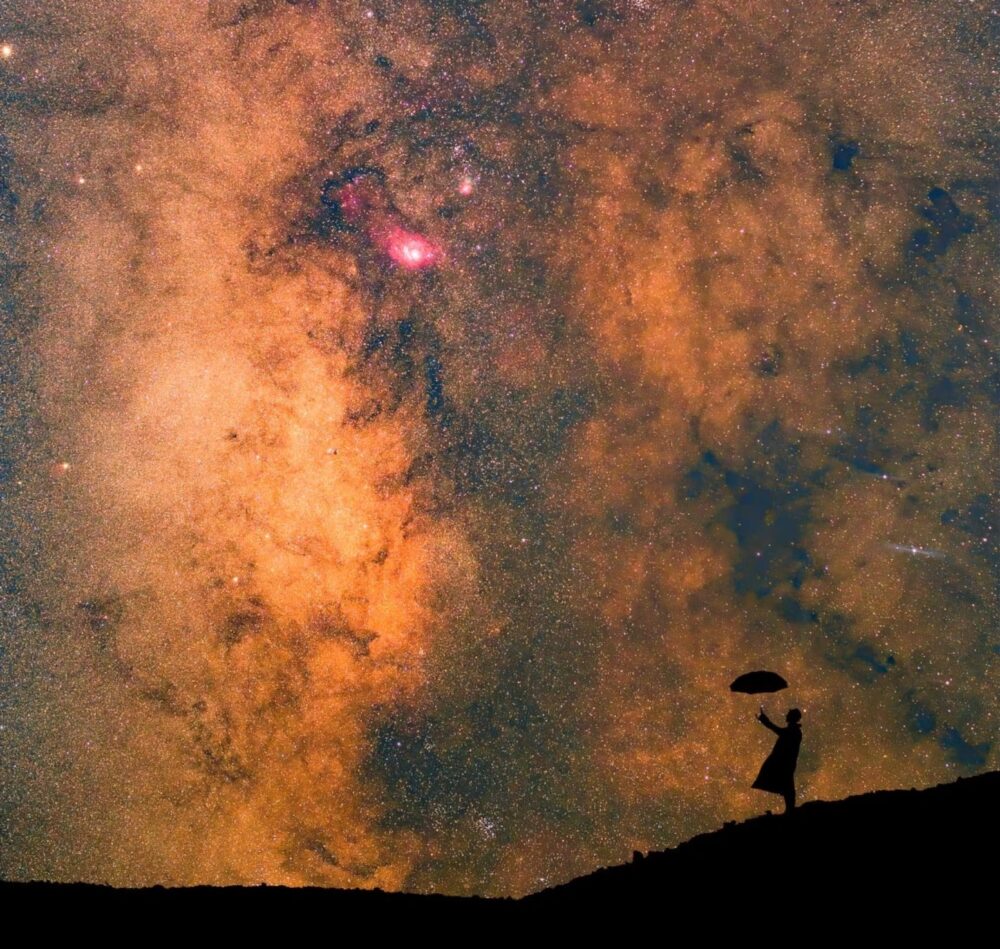 “Raining Stars” features a silhouette of a person holding an umbrella with the Milky Way galaxy core filling the frame. Photo© Roi Levi

“People used to shoot deep sky objects only in the skies, but now that technology got better people started to shoot our own galaxy and other deep space objects combined with interesting landscapes in the foreground. Landscape astrophotography is what I’m teaching today,” he says.

“I like to go to epic foregrounds like sinkholes in the Dead Sea and combine that with [an image of] the galaxy.” 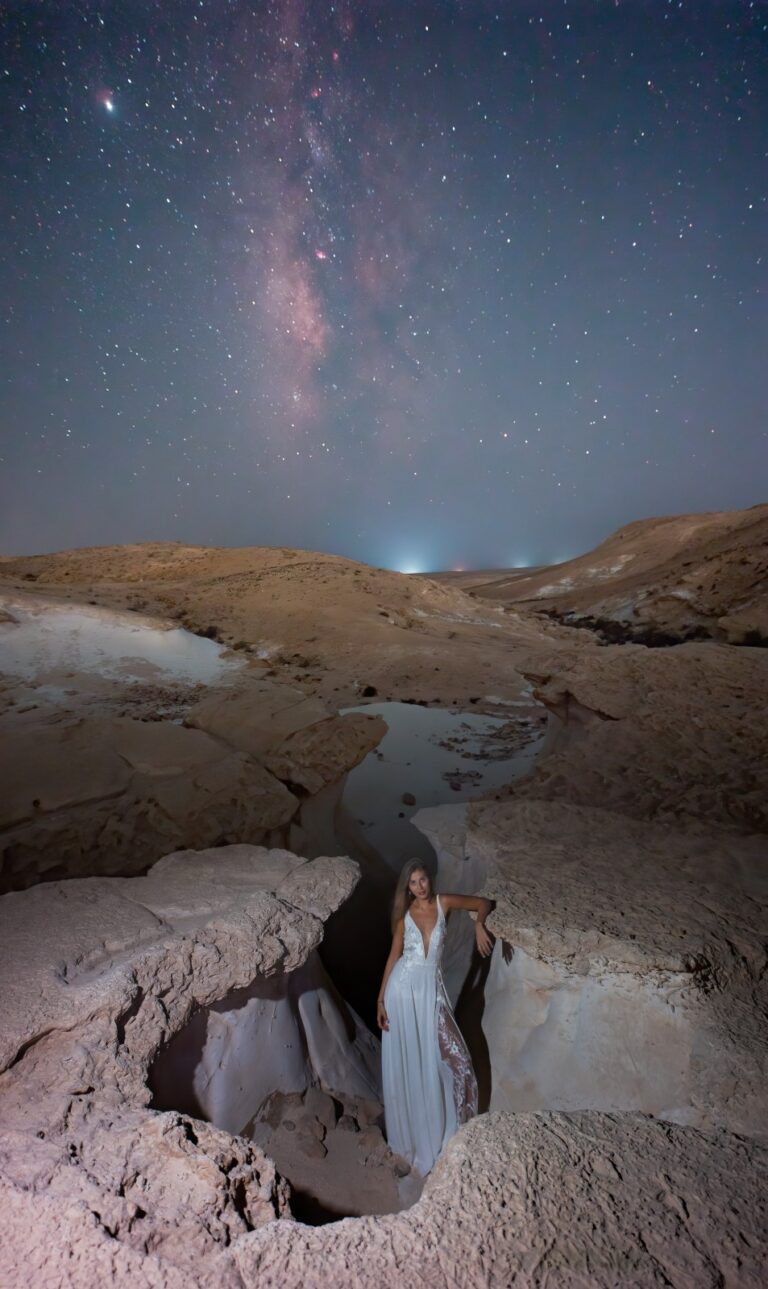 “Bride Under the Stars” in the Israeli desert. Photo © Roi Levi

NASA also published a photo Levi edited using images from the Hubble Space Telescope of a cluster of five galaxies that are likely to merge into one. 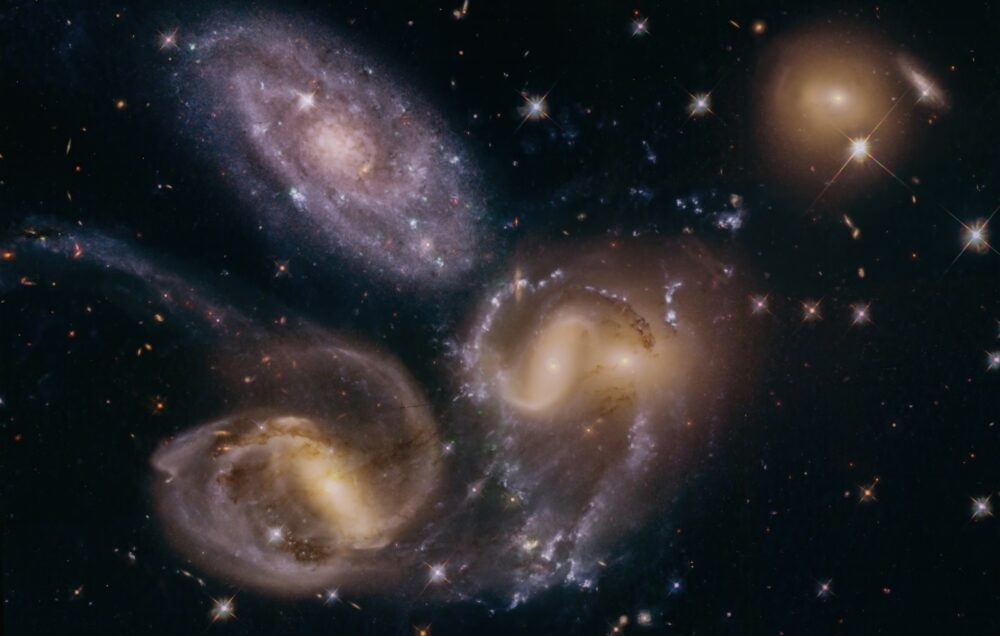 Stephan’s Quintet galaxies, imaged by Hubble Space Telescope and processed by Roi Levi. The two galaxies in the center are in the merging process. Image courtesy of NASA/ESA/Hubble © Roi Levi

During his time in the United States, he has photographed against the backdrop of Goblin Valley State Park in Utah, which he says is “the darkest place in the world,” and plans to go to Yellowstone National Park where the geysers are sure to provide a really cool foreground for landscape astrophotography.

In September, he’ll head to Scandinavia to guide an astrophotography tour of the aurora borealis. 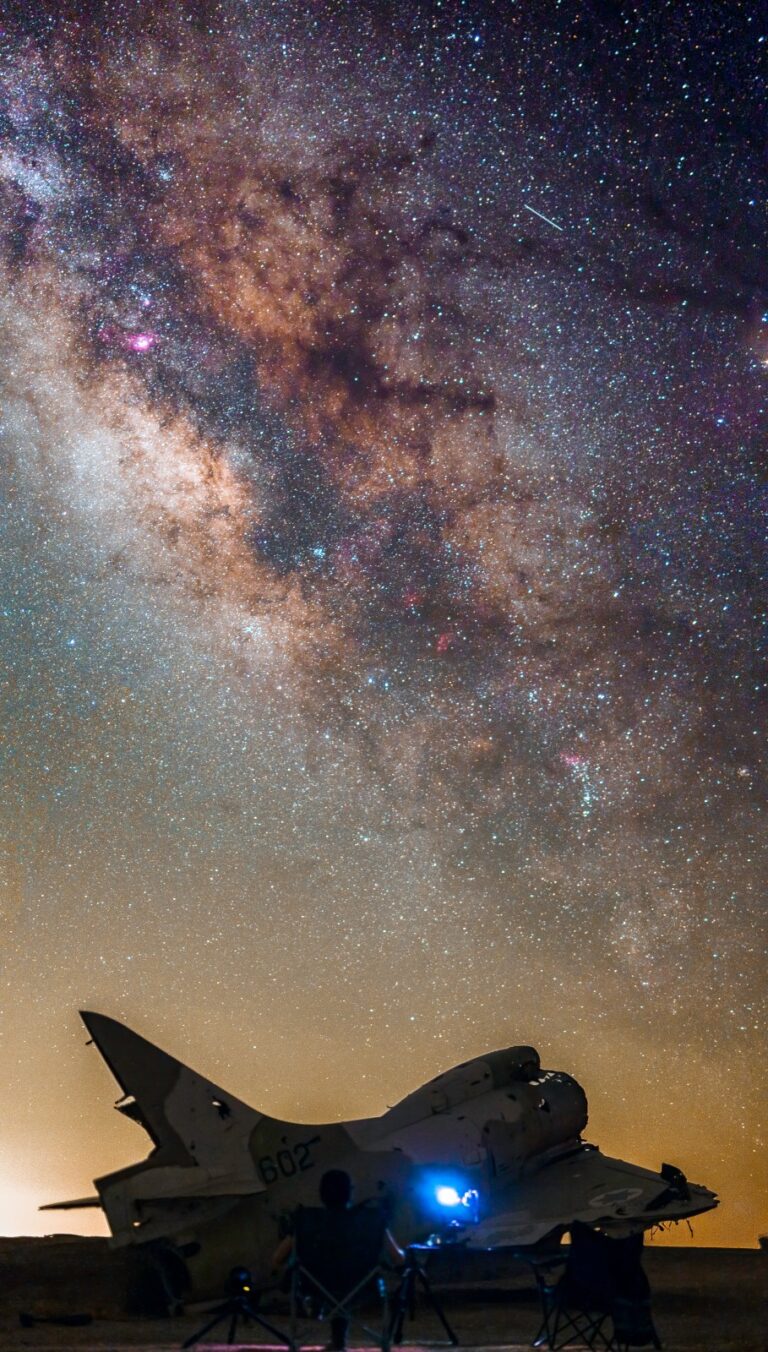 A Skyhook airplane under the Milky Way. Photo © Roi Levi

Levi says it took him five years of intense study, trial and error to hone his astrophotography skills. Meanwhile, he was working as a photographer and videographer for Israeli municipalities.

“Since corona, I shifted full time to what I love best, and it became a big success. Lots of people want to learn from me,” he says. 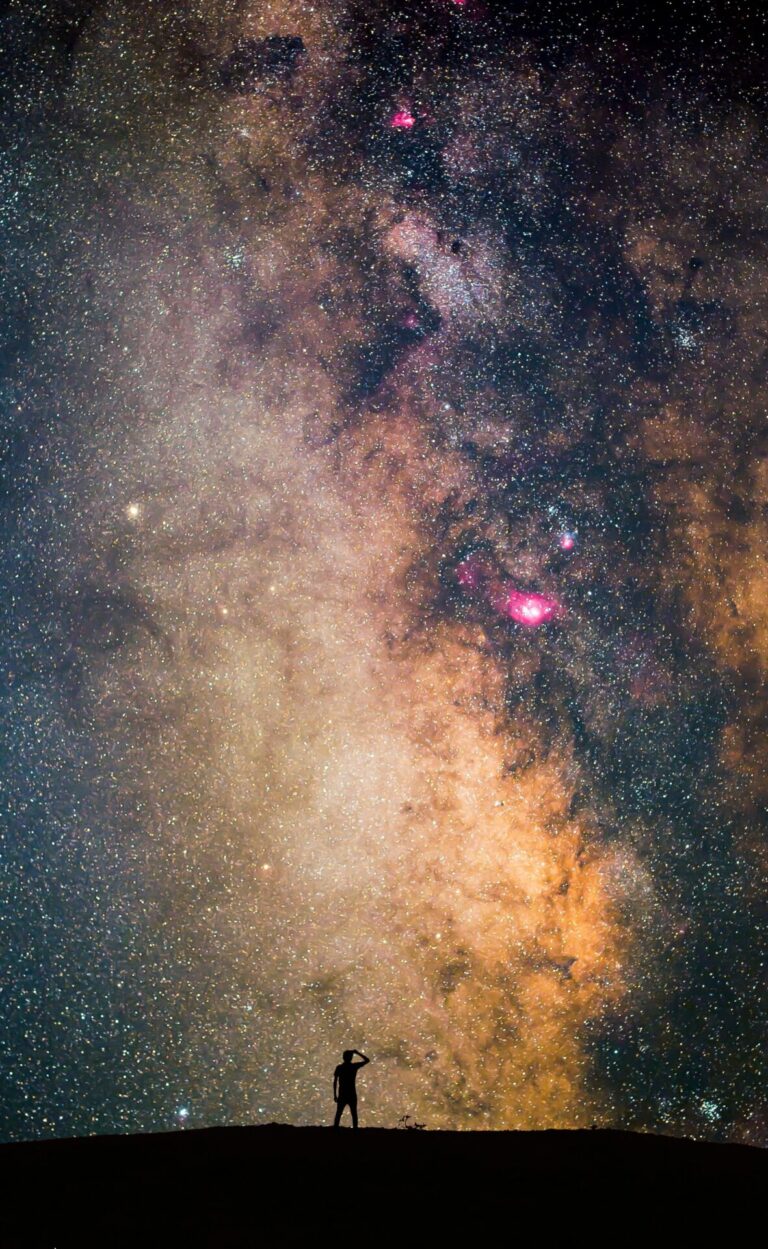 “The Observer” – man vs. the universe under the Milky Way in the Shivta Desert of Israel.Photo © Roi Levi

Levi has invested upward of $60,000 in equipment. He uses a Canon 6D and Chinese-made ZWO astronomy cameras plus a range of special filters. Editing software such as PixInsight allows him to enhance, align, calibrate and stack the images. 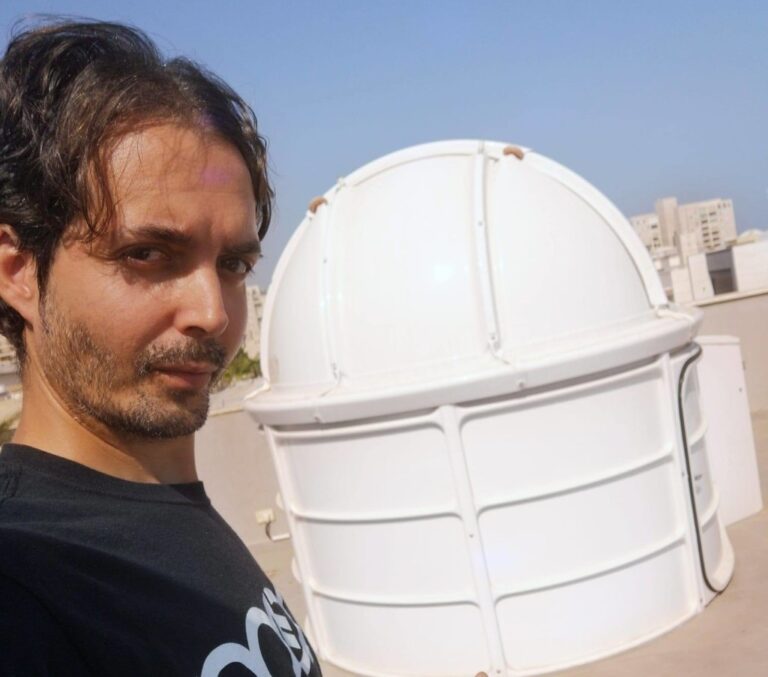 Roi Levi on the roof of his Ashdod home next to the dome from which he shoots astrophotographs. Photo courtesy of Roi Levi

He built a dome on the roof of his home in Ashdod from which he shoots pictures using filters that block out the light pollution.

Like other sky gazers in Israel, he also spends a lot of time at Mitzpeh Ramon, a city in the Negev known for unusually clear skies.

“My future plan is to find an investor to help me build a social network for astrophotography to create one big image of the whole universe around us in amazing quality so that all astrophotographers around the world can work together and build a mosaic of the universe,” Levi tells ISRAEL21c. 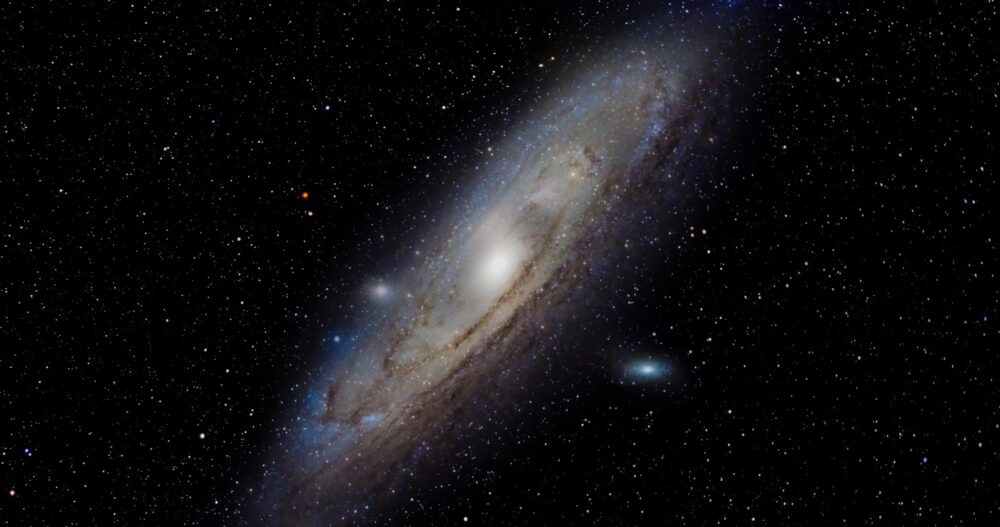 You can see more of his work here on Instagram.