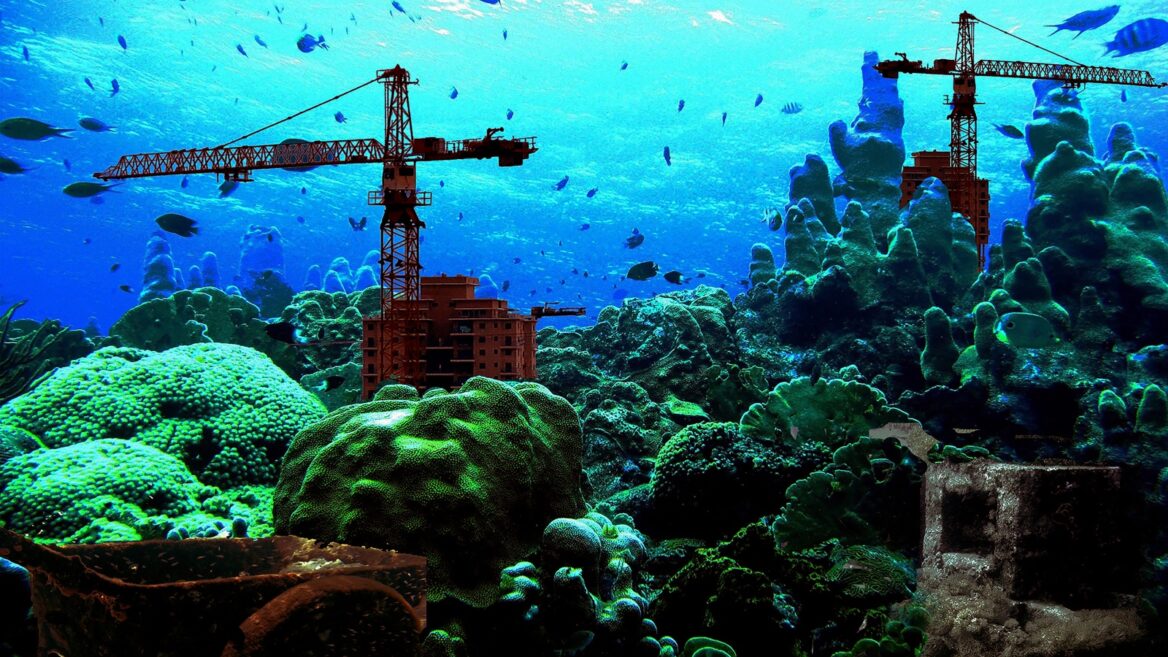 This is a composite photo of items dumped in the water off Curacao and the Philippines, plus Israeli buildings on the seaside. Photo by Amos Gazit

Amos Gazit started diving in 1988, while recovering from injuries suffered as an IDF soldier in two wars. He saw the harm that careless humans were causing by dumping garbage and construction debris in the water.

The damage he witnessed in the seas of Southeast Asia and the South Caribbean moved him to work with the SEED Consortium, the University of Illinois and other conservation and research organizations.

“You can look at it and get mad or you can try to find a nice angle and tell the story of what happened without getting mad,” he tells ISRAEL21c. “The idea is to bring people into a conversation about what is wrong.” 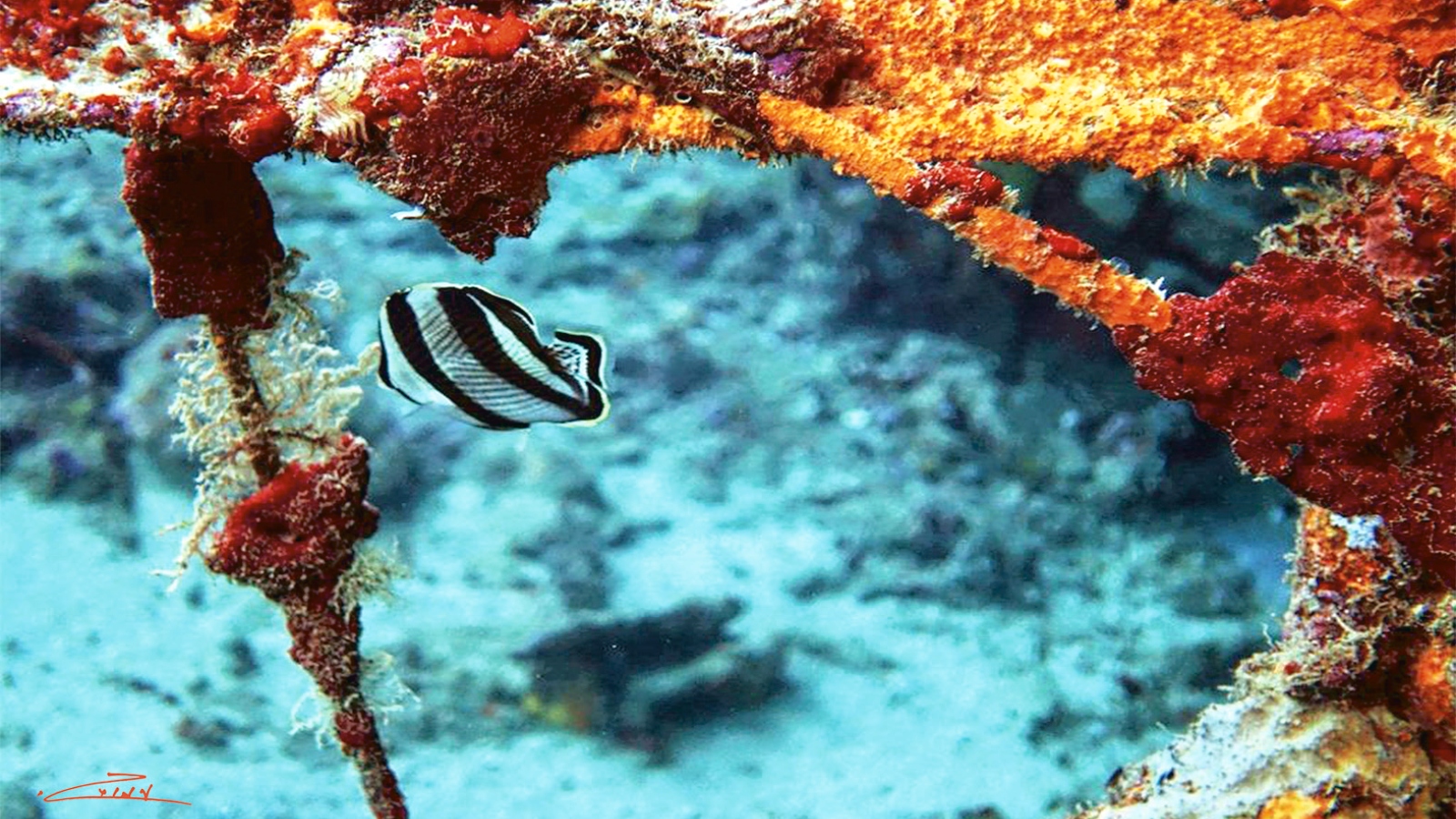 Fish and other sea life off the coast of Curacao have adapted to a metal structure dumped in the sea years ago. Photo by Amos Gazit

The many photographs he’s taken underwater are now getting worldwide attention as art.

A curated collection called “Invasive Species” is on exhibit at the Jerusalem Theatre through February 2.

These works show how sea life can, over time, adapt to the invasion of objects that don’t belong there. 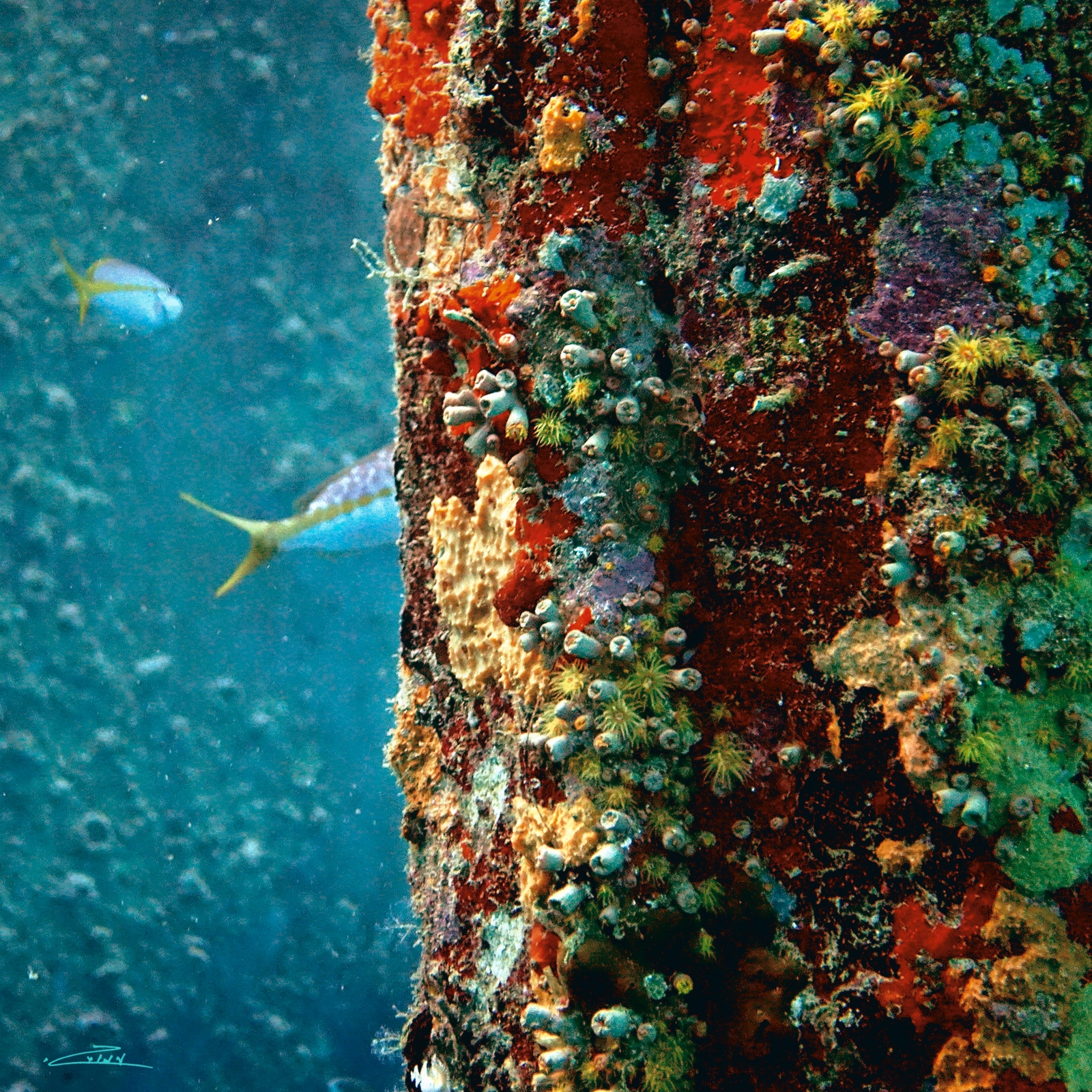 After 12 years, a metal pole of a drydock off Curacao becomes part of the ecosystem. Photo by Amos Gazit

“I’m basically not a photographer. My pictures are just an outcome of my main work in conservation,” Gazit says.

“I went into the sea for myself and I started taking pictures to document situations to explain where students and scientists should go to do their work. But among all the garbage and destruction, if you just pay attention you can find nice scenes. Mainly I took these pictures for my own soul.” 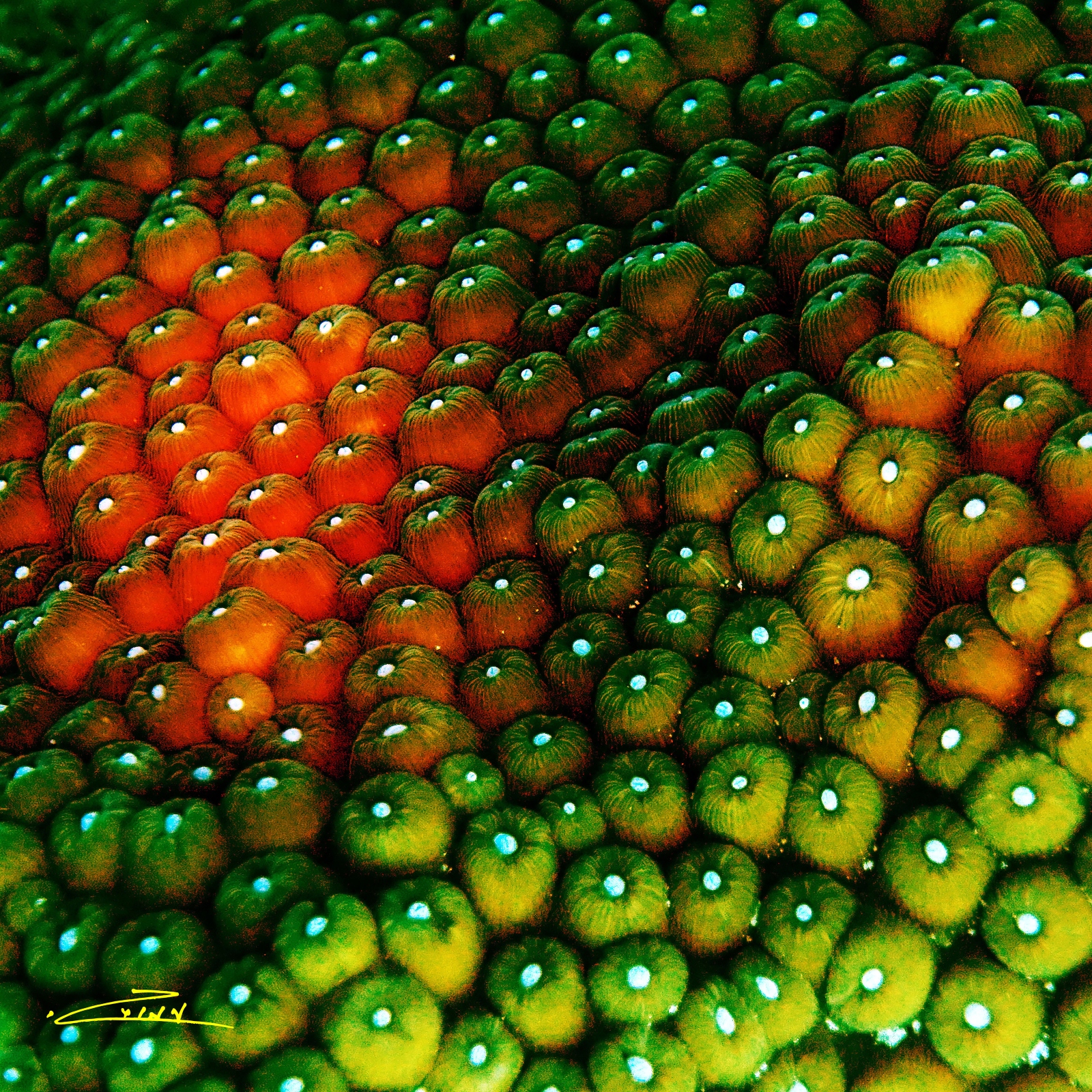 Encouraged by colleagues, Gazit began publishing the photos in 2014. His prints on canvas, tempered glass, HD metal ChromaLuxe, Dibond and Perspex are displayed in galleries, on interior and exterior design (furniture, gardens and pools) and underwater installations.

For an exhibition last year in Venice, some of his images printed on tempered glass were installed on the floor where people could walk on them. 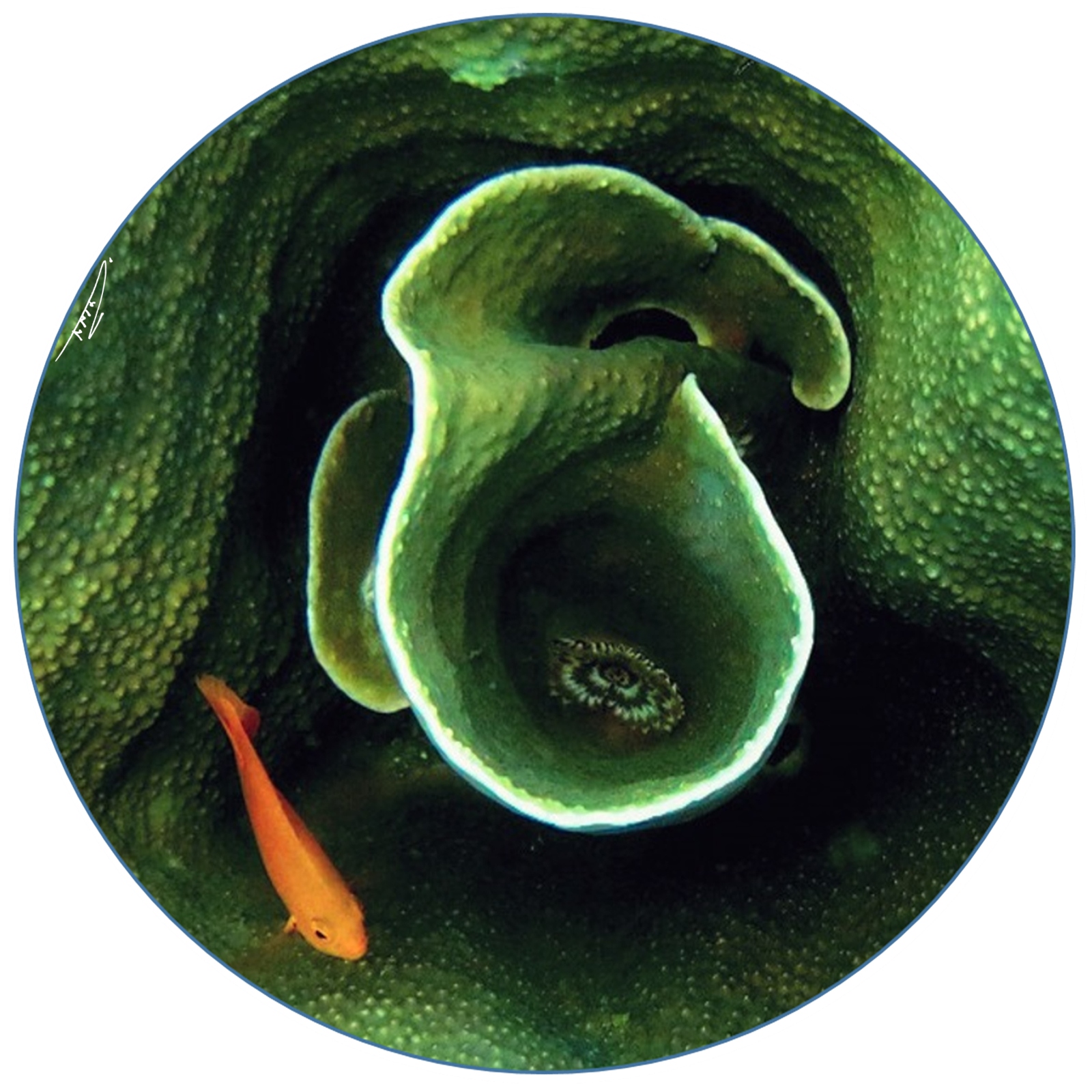 Last summer, Gazit arranged to meet the celebrated Israeli American underwater photographer Amos Nachoum, who was in Israel for the opening of “Picture of His Life,” a film that documents Nachoum photographing a polar bear while swimming alongside it.

The two men sat and talked at the Tel Aviv Cinemateque with their mutual friend, photographer and author Itamar Grinberg.

“I told Amos I never considered myself a photographer,” recalls Gazit.“Because of my physical limitations I cannot use sophisticated heavy equipment. I use a small Sony RXV-4 camera and it’s not really professional.” 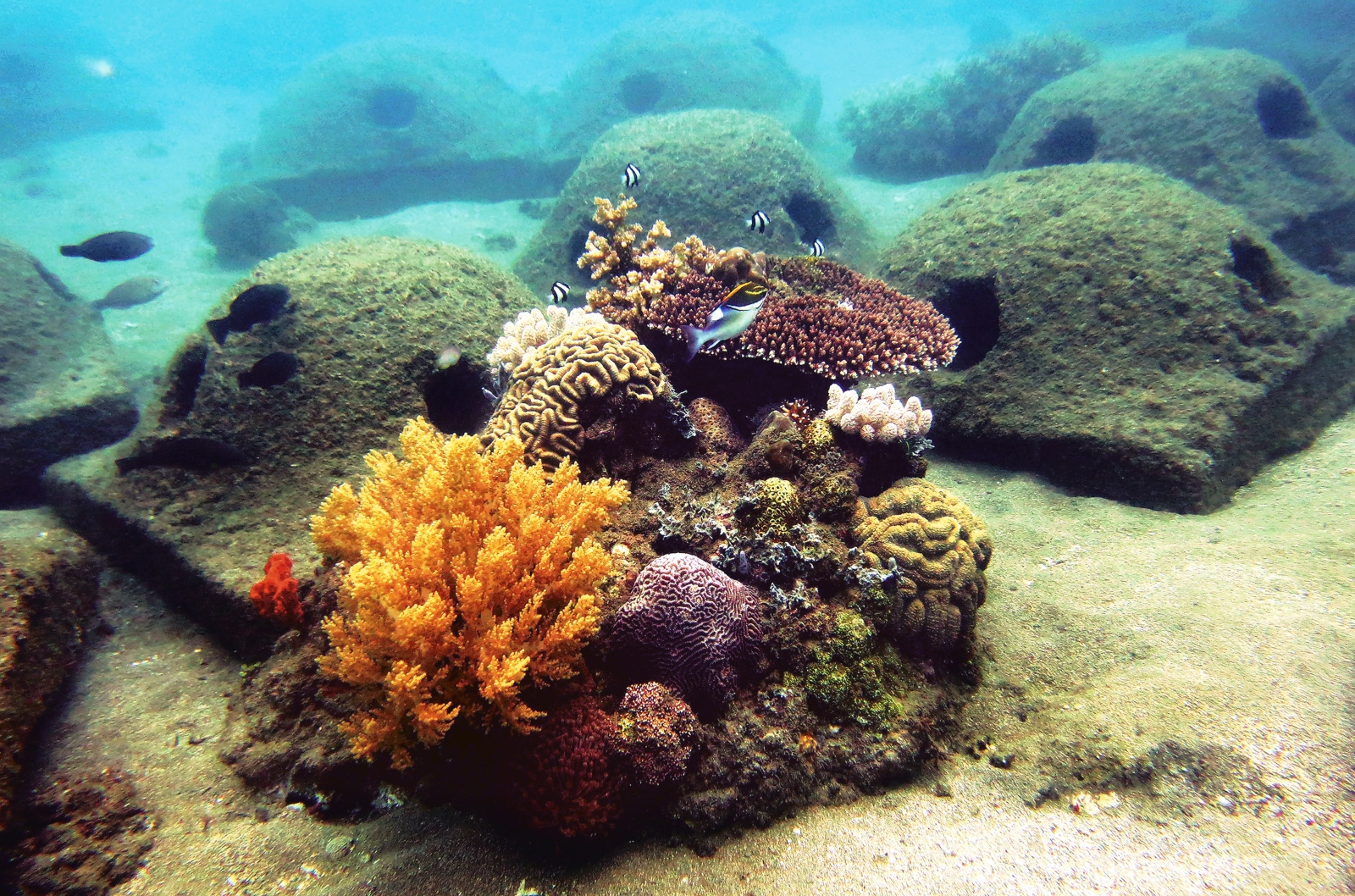 Concrete “reef balls” and corals growing on a rock off the Philippines coast. Photo by Amos Gazit

Nachoum told Gazit: “There are millions of good technical photographers, maybe thousands who can catch a story in their pictures, and very few that have a story and tell it with pictures. The technicalities don’t mean a thing. If you don’t tell your story you are not doing your job.” 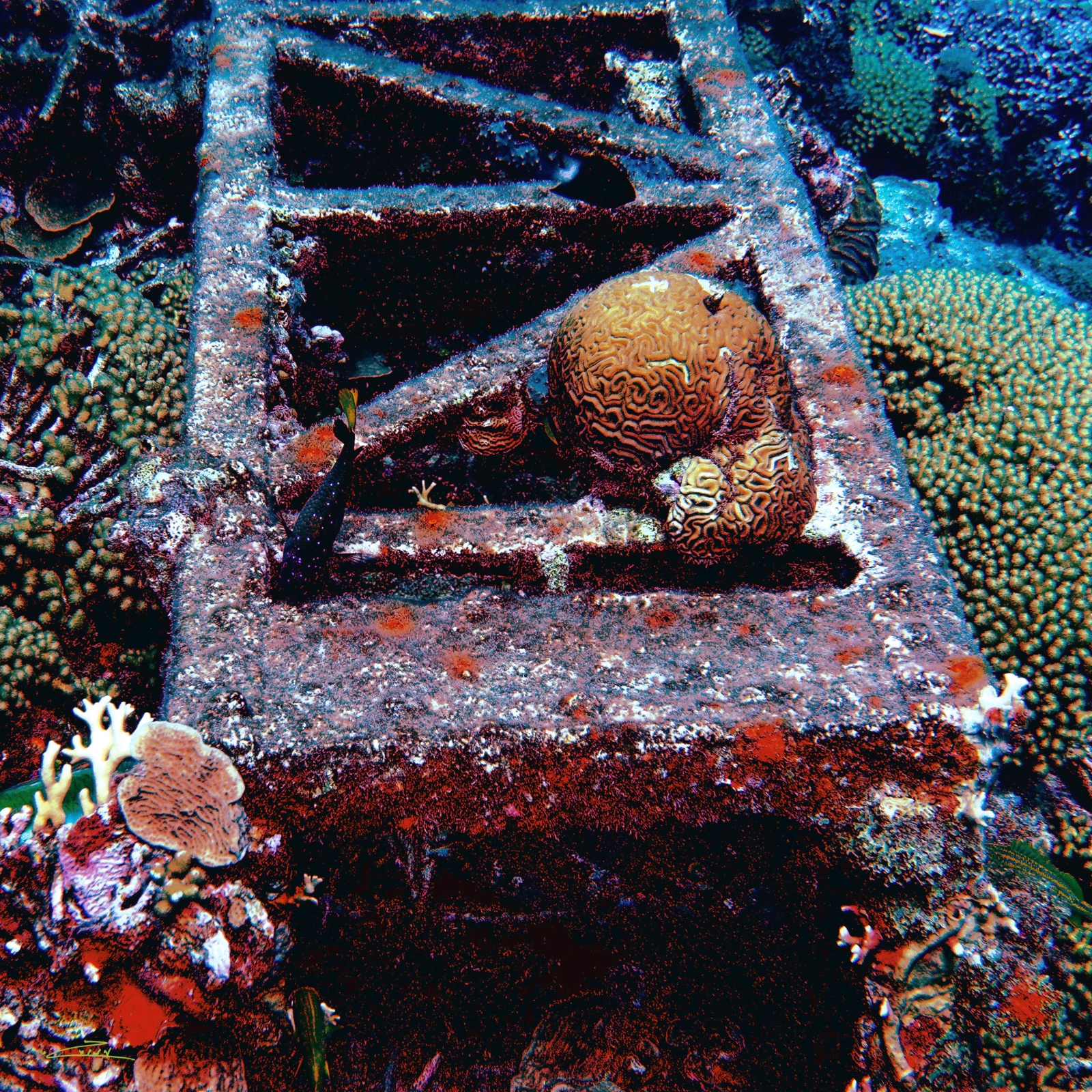 On the spot, Grinberg introduced Gazit to curator Iris Elhanani. She was hanging an exhibition that day at the Cinemateque.

Elhanani chose 19 of Gazit’s photos to display there. Four additional photos on glass were placed on tables at the cinema’s coffeeshop. 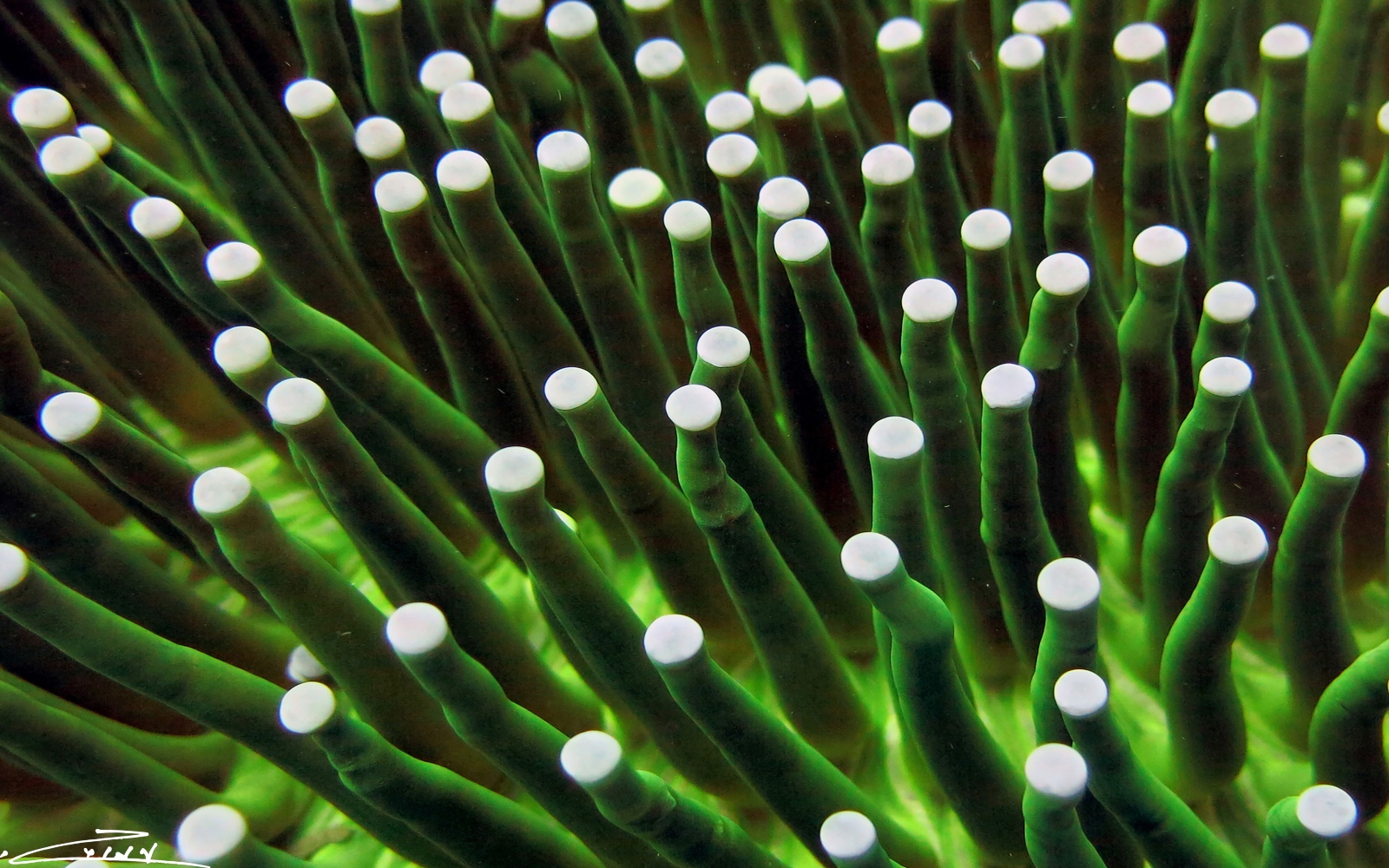 Sea anemones off the Philippine coast. Photo by Amos Gazit

Gazit, 70, lives in Tel Aviv and still feels the effects of injuries to his head, shoulder, leg and hand. His limitations never kept him from diving expeditions “led by my imagination, morals and creativity.” 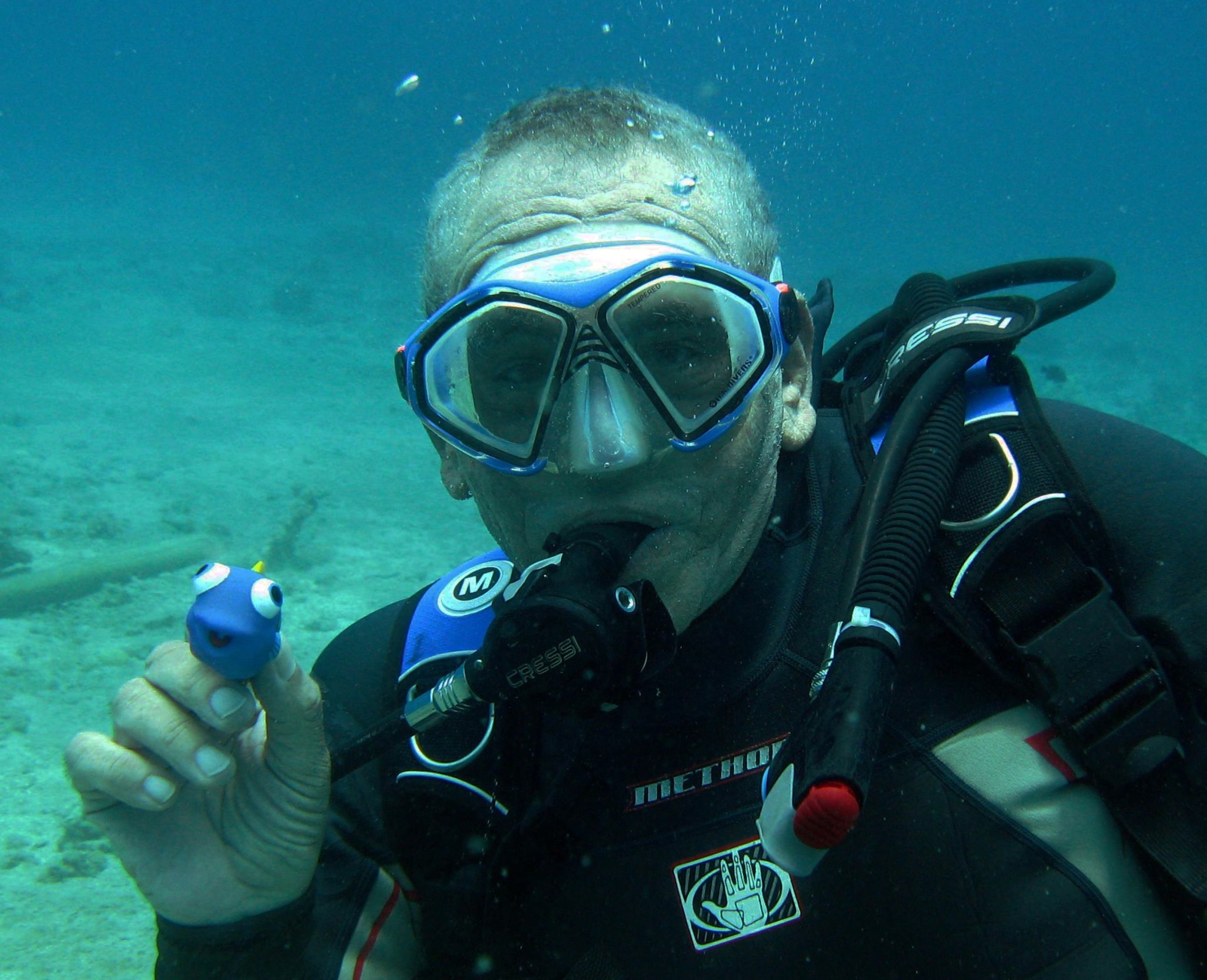 “During my over 30 years of journeys and doing in this magical world of reefs, beaches and its surroundings … I collected the visions, colors, movements and sensations, combined with observing and sensing the process of the disappearance of this magical world, the reasons for it, and the sea’s self-healing, overcoming and rehabilitating.”