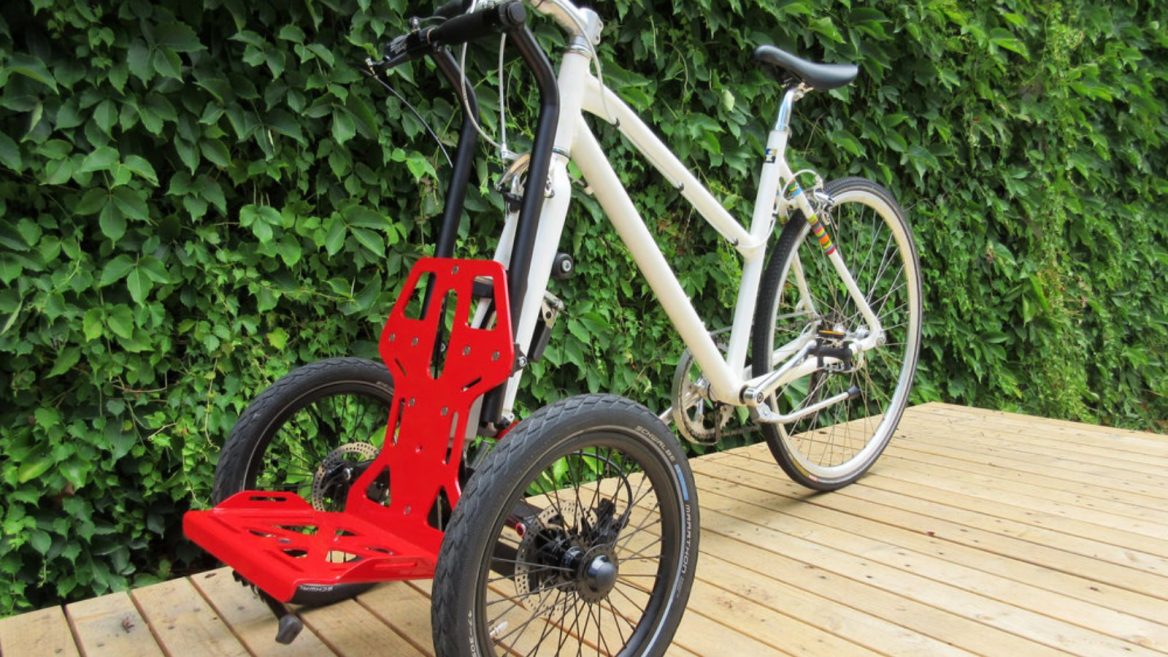 TReGo bike trolley will turn any bicycle into a cargo bike in seconds. Photo: courtesy

Israeli minds are always dreaming up inventions to bring more fun, convenience or connectivity into our lives. Only time will tell if the gadgets listed below — a small sampling of many Israeli consumer products expected to hit the market in 2018 — will prove to be as successful as predecessors such as the Mifold grab-and-go booster seat or the Otentik portable sunshade.

This phone case doubles as a selfie stick.

It’s not every day that a product video goes viral, but when Insider Design posted the promo for Stikbox in June 2016 on Facebook, it garnered 10 million views and several hundred thousand more on YouTube.

Invented in Jerusalem by a father-and-son team, Stikbox was the first full-length telescoping selfie stick built into a smartphone case. Many copycats are now on the market, so the developers got back on the case, so to speak, and are gearing up to release a line of all-new lightweight versions for popular smartphone models. One of these will feature images from the upcoming sci-fi movie “Bumblebee,” thanks to a licensing deal with Hasbro. This line of telemedicine kits provides modular tools for anyone -– say, a parent or a healthcare practitioner at a remote point of care — to perform standard throat, ear, eye, skin, heart and lung examinations of high enough quality to enable a remote diagnosis by a physician via a HIPAA-compliant secure connection.

The TytoHome, TytoPro and TytoClinic products currently are rolling out to select health systems, providers, employers and strategic partners. They are expected to be available for retail sometime in the next year. Initially, Tyto will be sold through doctors’ offices.

You’ll be able to tote this ultra-slim wall charger in your wallet because it’s only as thick as three credit cards stuck together. Kado, which claims to be the world’s thinnest phone charger, went into production in China at the end of December 2017 and soon will start shipping worldwide.

Kado Wallet, which includes a smartphone cable, appeared on USA Today’s “CES 2017: 5 gadgets that made me say wow” list. 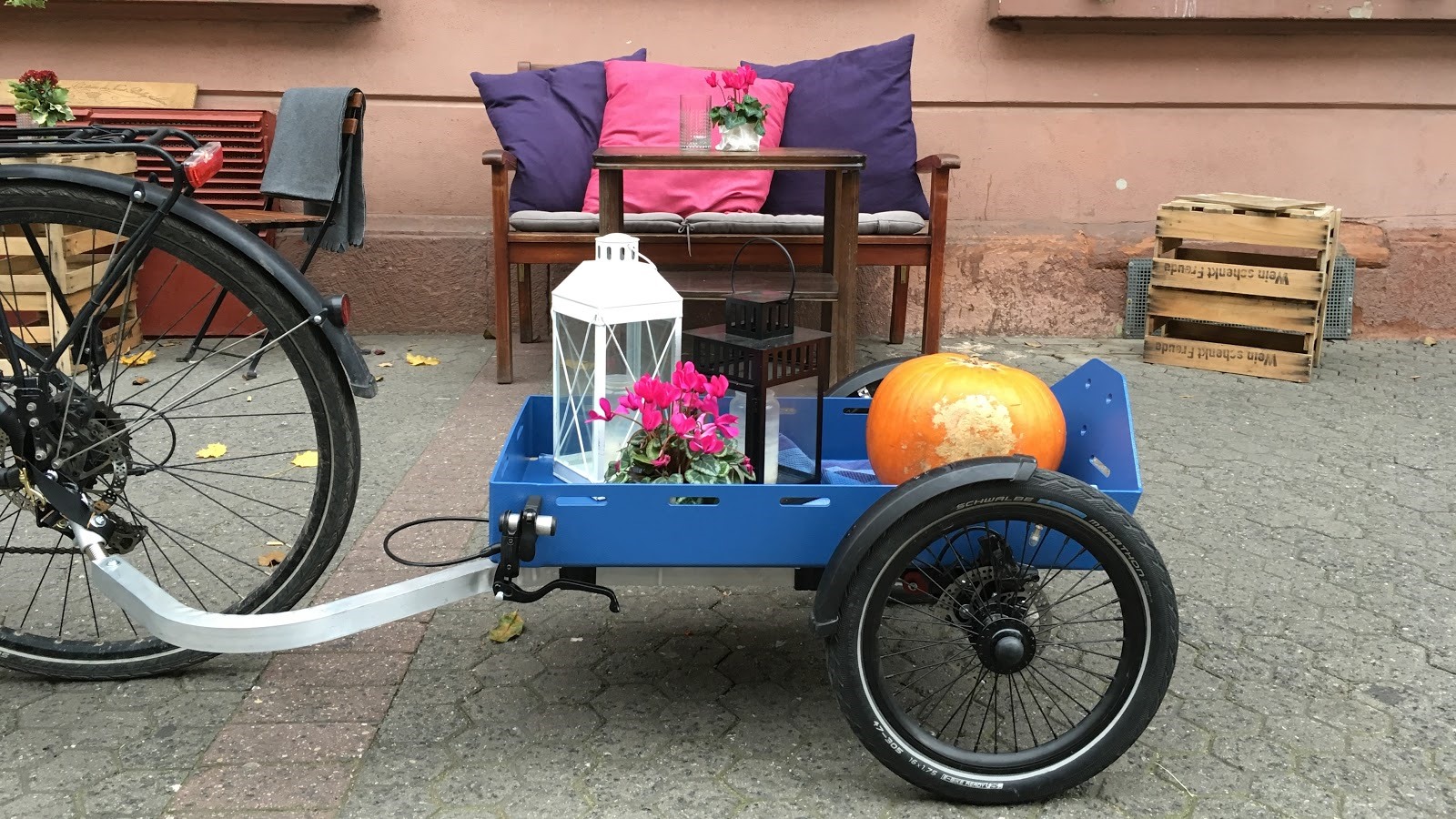 This green-minded gadget upgrades any bicycle into a cargo bike. The trolley attaches with a patented fast connector, replacing the regular front wheel. Remove it at your destination to serve as a rolling shopping cart holding up to 50 pounds. It’s expected to go on the market by summer 2018.

The same company also is developing a towing cart kit, sort of like a little red wagon that attaches to the back of your bike, for toting heavier loads.

Described as “a conversion kit for paper planes that makes them awesome,” PowerUp Dart attaches to a small paper airplane that you fold yourself, enabling a juiced-up experience in aerobatic flying at speeds up to 15mph (25km/h).

The crash-proof carbon fiber device features a flight-assist correction system, boost button and landing gear. The control range is 200 feet (60 meters) and it can go 10 minutes on a single charge.

The Kickstarter campaign for this fun gadget raked in more than $1 million. Pre-order price is $49.99; shipping expected in February 2018. DigiSense aims to take the guesswork out of diaper changes. Photo: courtesy

DigiSense is introducing what it claims is the world’s first patented portable device for diapers — a contact-free sensor attached by Velcro to the outside of a diaper, connected via app to the caregiver’s smartphone for real-time information on whether or not the diaper needs changing .

The ultra-compact sensor can easily be removed from the old diaper and attached to the new diaper. The device doesn’t touch the body or any fluids.

The company plans to market DigiSense as a solution for infants and the elderly, in home environments, long-term care facilities, nursing homes and hospitals.

You may soon be able to throw away your toilet brush. Now ready for preorder, the Toibot toilet-cleaning robot is expected to be mass-produced and on the market in time for the December 2018 holidays, for less than $100.

Sales initially will be online although founder and inventor David Alush tells ISRAEL21c that a few dozen worldwide distributors have approached the Haifa-based startup.

Toibot claims to perform a comprehensive cleaning and disinfecting after every flush. Users will need to replace the disinfection tablets once a month and the flexible brush attachment every six to eight months “without touching any nasty parts,” Alush promises. BwareIT’s BrighTap home water meter and water-quality analytics data platform aims to let households monitor water use and quality simply by attaching the standalone sensor to any standard tap, pipe or hose. The device connects to a dedicated mobile app.

The compact, rust-proof design prototype has won a slew of awards for the Jerusalem-based startup, including a top-five spot in the 2016 Global Entrepreneurship Summit’s World Positive competition and a $50,000 prize in Unilever’s Ideas for Life competition.

Inventor Konstantin Berezin hopes the IoT product will be available for sale in the third quarter of 2018.