Photo illustration by Stokkete via Shutterstock.com

When Avram Hershko was a post-doc fellow at the University of California in San Francisco from 1969 to 1971, he made an unexpected discovery that led to his receiving the 2004 Nobel Prize in Chemistry.

The professor at the Technion-Israel Institute of Technology tells ISRAEL21c that he was interested in examining the mechanism that causes protein degradation in living cells. He assumed it had to do with running out of energy. Surprisingly, his experiments revealed the opposite: Proteins need energy to fall apart.

“It was serendipity,” he recalls.

A Nobel prize in chemistry

Rather than abandoning the research due to this unexpected result, he and his Technion graduate student, Aaron Ciechanover, spent years unraveling the mystery. They found that for protein degradation to occur, a “tag” or marker called ubiquitin must selectively attach to the protein – and this process requires energy.

“The lesson is that when you discover something that is not what you asked for, you should follow it up,” says the Nobel laureate.

Serendipity – finding something when you weren’t looking for it – was also responsible for these five significant Israeli innovations, among others.

Plant biologist Shimon Gepstein’s globally hailed technology for producing drought-resistant rice, wheat, sugar beets, cotton, millet and other food crops was created when he and his lab team at the Technion-Israel Institute of Technology in Haifa forgot to water some tobacco plants they had genetically engineered for an experiment in prolonging growth period and shelf life.

To their surprise, the parched plants bounced back to life when re-watered after several weeks. That is how Gepstein, now professor emeritus at the Technion and president of Kinneret College in the Galilee, discovered that the plant hormone cytokinin increases a plant’s ability to withstand drought.

The technology was patented and licensed to a California agro-tech company, which sublicensed it to seed companies that sell the product in the United States and abroad. In July 2013, a Chinese patent was approved, increasing the market for Gepstein’s unexpected discovery. 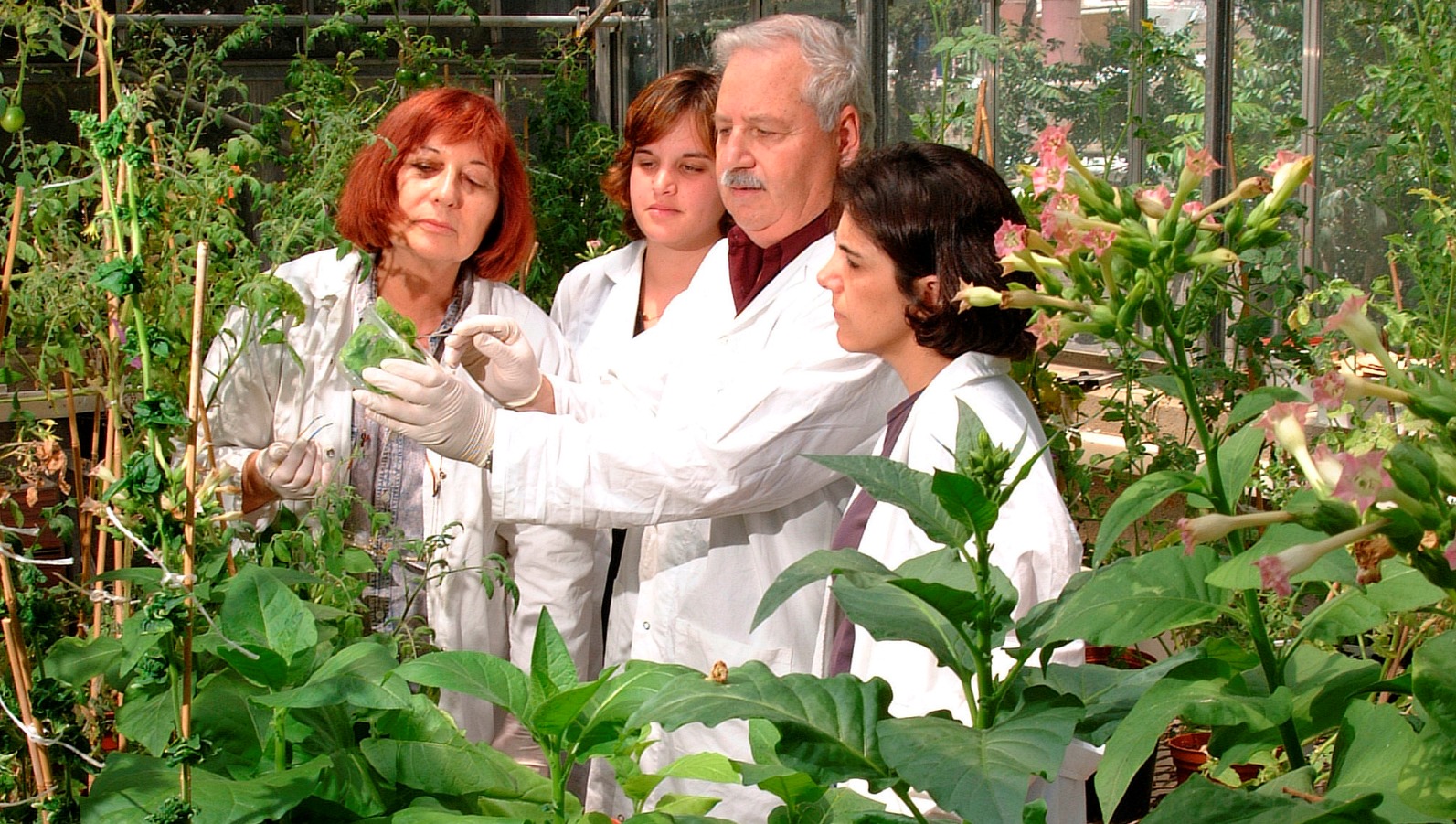 A lucky discovery in the Israeli laboratory of Technion Prof. Emeritus Shimon Gepstein led to a revolutionary advance in growing food crops with higher yields and resistance to drought and other stresses. Photo: courtesy

Dr. Shimon Harrus was attempting to determine how long ticks must be attached to a dog’s fur in order to transmit CMT, a sometimes fatal tick-borne disease. In the process, he unintentionally found the world’s first vaccine against CMT in dogs.

“I was using bacteria I cultured in my lab, and all of a sudden I realized the two dogs in our experiment did not become sick, and the ticks I put on the dogs did not become infected,” Harrus told ISRAEL21c in 2013. “Then we performed a big study and we realized something important was going on.”

The unexpected results of the experiments done by Harrus and his lab partner, Dr. Gad Baneth, led to a CMT vaccine that was licensed out by Yissum, the tech-transfer company of the Hebrew University of Jerusalem, to a Brazilian company. Harrus tells ISRAEL21c they are now working toward commercializing the vaccine. 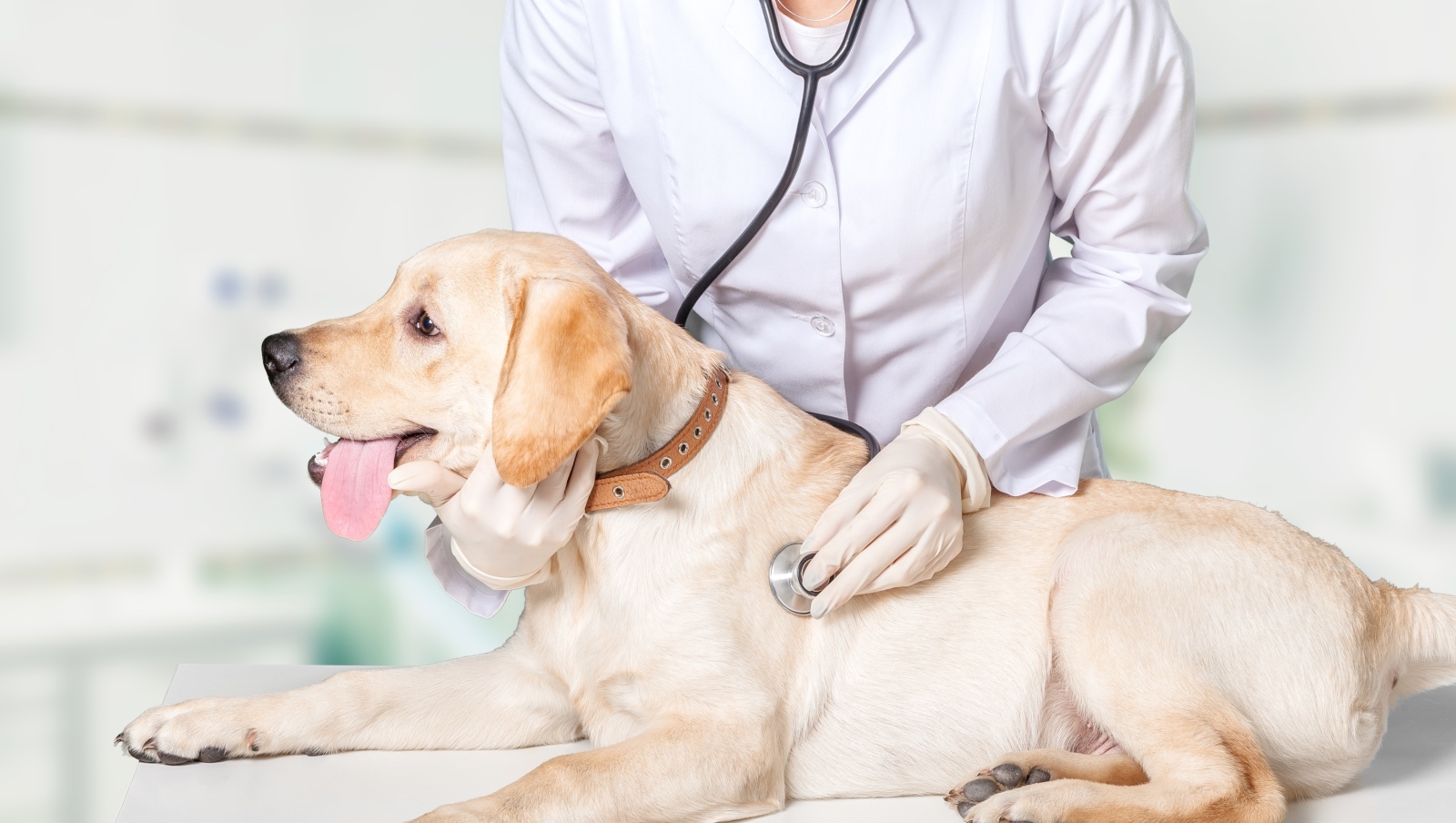 The cheap white powder, he discovered, is known to be sensitive to light when treated with an absorbable dye. This led him to drop the toothbrush project and go in a direction nobody had gone before.

3GSolar, the Jerusalem company born in 2003 of that chance finding, is now focusing on indoor applications for its silicon-free photovoltaic cells printed on plastic.

Goldstein says 3GSolar cells perform three times better than cells made with silicon (which is difficult to work with and dispose of) and are especially suited to the emerging IoT and sensor markets. A Chinese investor is soon building a plant to produce 3GSolar’s dye-cell solar energy modules. 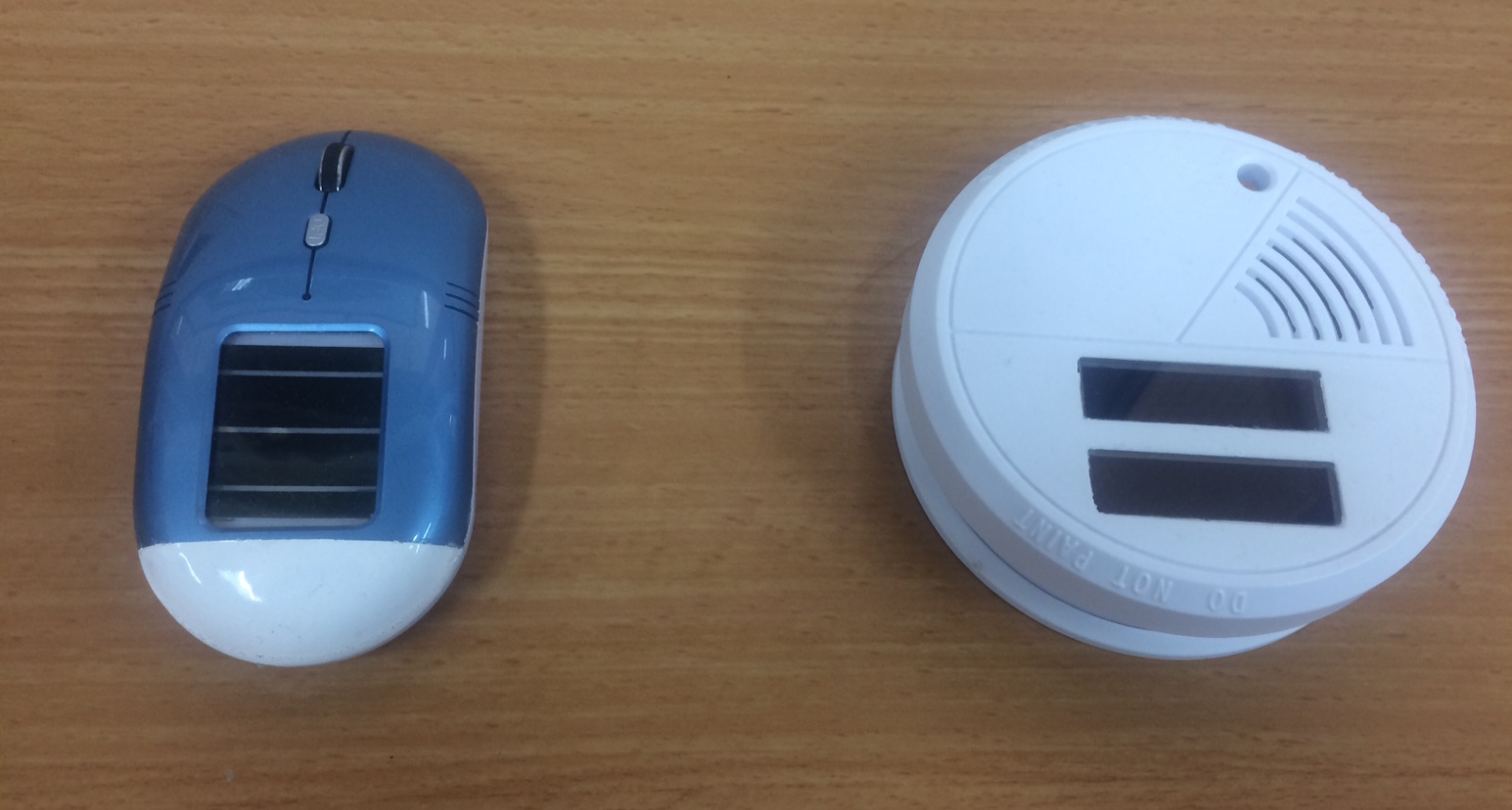 A mouse and a smoke detector fitted with 3GSolar cells. Small batteries are constantly charged by the cells, which need only indoor lighting. Photo: courtesy

A programmable sensor that sends a message from tree roots to farmers when water levels dip below a predetermined value – or even turns on the irrigation tap itself – was developed at the Ministry of Agriculture’s Volcani Center-Agricultural Research Organization after unrelated research more than 10 years ago took a serendipitous turn.

Volcani soil physics researcher Arie Nadler was experimenting with an expensive new scientific device to measure water content and electrical conductivity in tree root stems at the same point and time independently. When he increased the salinity of the irrigation water, he was baffled to see no change in electrical productivity readings.

“That was absolutely unexpected since it’s been known for 300 years that if you increase the concentration of a solution you’ll always see a difference in electrical conductivity,” Nadler tells ISRAEL21c. “And that’s where everything started, because if stem electrical conductivity depends only on water content, I now have the basis for a new cheap irrigation-control measurement tool.”

He and his research partner, citrus expert Eran Raveh, believe the device could help fruit farmers save at least 40 percent on water and fertilizer. They are working toward receiving the patent rights and getting the product commercialized.

Prof. Colin Price of Tel Aviv University’s Department of Geophysical, Atmospheric and Planetary Sciences and his graduate student Yuval Reuveni found out by accident in 2009 that observing ordinary lightning strikes can provide a definitive and reliable tool for measuring the sun’s rotation even when sunspots aren’t visible.

This is a new way for meteorologists, ecologists and space scientists to study the effects of sunspots on climate and the overall interaction between sun and Earth.

Price tells ISRAEL21c that another unanticipated discovery happened in 2013 as he and PhD candidate Israel Silber used simple radio antennae to measure radio waves reflecting back to Earth from the ionosphere. They saw that weaker signals seem to indicate greater fluctuations in temperature in the upper atmosphere, offering a new and cost-effective way to keep tabs on climate change. Sunspot image by PEERAPIXSCOM via Shutterstock.com

Revolutionary inorganic fullerene-like tungsten disulfide (IF) nanoparticles, created in 1992 in the lab of Prof. Reshef Tenne at the Weizmann Institute of Science in Rehovot, have become indispensable in manufacturing lubricating oils, greases, coatings, metal working fluids, polymers and composites.

Menachem Genut, a member of the group that discovered the nanoparticles and successfully synthesized them, recalled: “IF was discovered by serendipity. At the Weizmann Institute, we were looking for a technology to convert solar energy into electricity. The result was completely unexpected. We discovered these nanoparticles which have very interesting properties – [they] act as excellent lubricants, have great shock absorbing powers, and are also efficient semiconductors.”