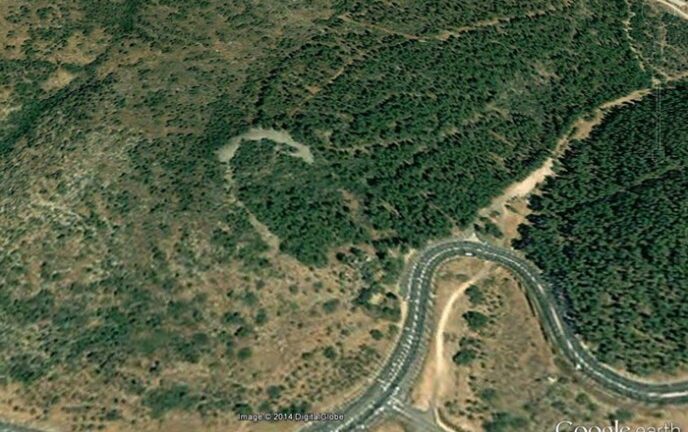 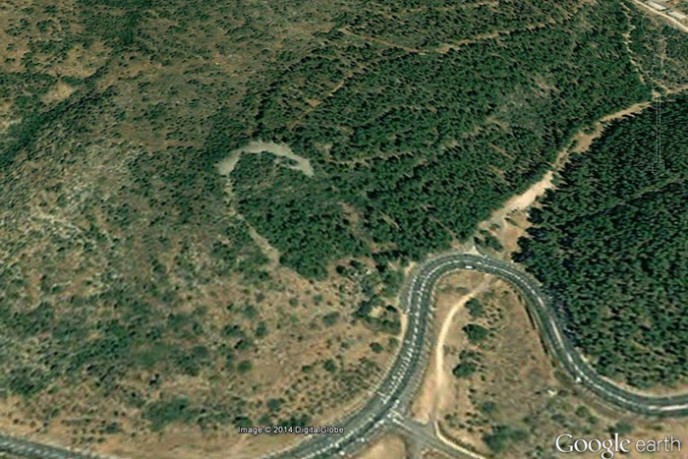 Archaeologists have long known about the massive 150 meter-long landmark near the Israeli city of Safed (Tsfat). But it wasn’t until recent work carried out by Ido Wachtel, a doctoral student at the Hebrew University of Jerusalem, that the structure was identified as a 5,000-year-old crescent-shaped stone monument.

Archaeologists were mystified by its purpose and previously thought the structure was part of a city wall. Wachtel, however, shows in his research that there was no city beside it and that the structure is a standing monument.

According to a report published by the science news website LiveScience, the crescent-shaped monument predates the Old Testament, Stonehenge and the pyramids in Egypt.

Believed to be designed to portray the moon’s shape, the structure’s volume is about 14,000 cubic meters (almost 500,000 cubic feet) and its length is 150 meters (492 feet) — longer than an American football field.

According to the report, pottery excavated at the structure indicates the monument dates to between 3050 B.C. and 2650 B.C.

“The proposed interpretation for the site is that it constituted a prominent landmark in its natural landscape, serving to mark possession and to assert authority and rights over natural resources by a local rural or pastoral population,” Wachtel wrote in a presentation given recently at the International Congress on the Archaeology of the Ancient Near East.

Wachtel also noted that an ancient town called Bet Yerah (which translates to “house of the moon god”) is located a day’s walk from the lunar-crescent-shaped monument, and says it may have helped mark the town’s borders.