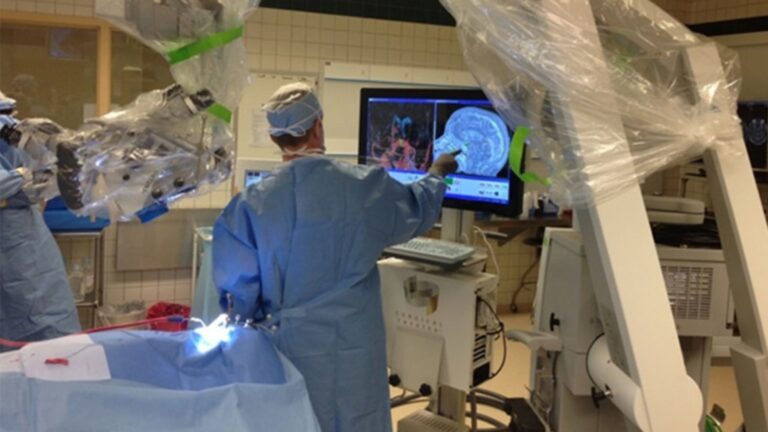 “Surgical Theater was founded by a couple of Israeli fighter pilots who thought surgeons could benefit from surgery simulations in the same way pilots benefit from flight simulations. They were right,” Fast Company writes.

“The company’s VR software lets surgeons walk through and visualize complex surgeries, including brain surgeries, in VR before ever touching the patient. This year hospitals have discovered that the software is also useful in the informed consent process, because it allows patients to see, in VR, exactly what a surgeon intends to do to their body before they give their consent. The company made national news last March when its software rendered a full, 360-degree VR depiction of the ravages of COVID-19 on the lungs of a real patient.”

Theator was chosen in the Data Science category.

“By analyzing over 30,000 hours of surgical videos, Theator has gained deep understanding of everything from gallbladder removal to hernia repairs. It applies this knowledge to feedback it gives surgeons and residents on their own procedures. In 2020, partnerships with organizations such as McGill University, Stanford University, and the Society of American Gastrointestinal and Endoscopic Surgeons helped bring Theator’s insights to thousands of surgeons and surgeons-in-training,” Fast Company explains.

TytoCare works with 150 healthcare providers in the United States. During the pandemic, TytoHome – sold at Best Buy — became a popular alternative to doctor office visits.

Beewise and Quantum Machines appear on the magazine’s list of the 10 most innovative companies in Europe, the Middle East and North Africa.

Quantum Machines created the first complete hardware and software solution for the control and operation of quantum computers, including a standard universal language enabling researchers and scientists worldwide to write programs for varied quantum computers with one unified code.