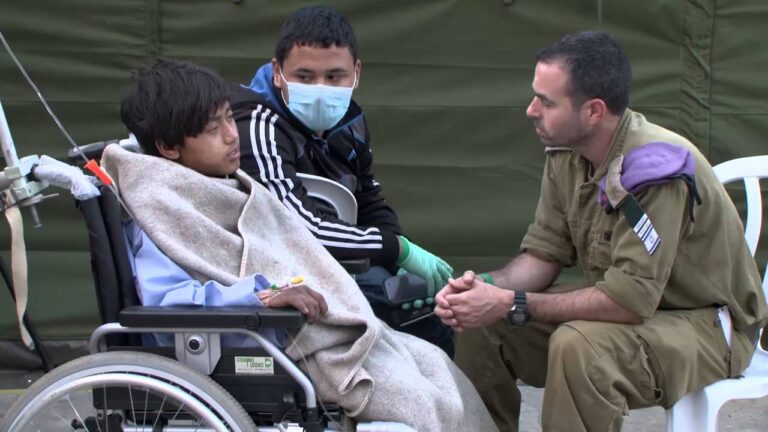 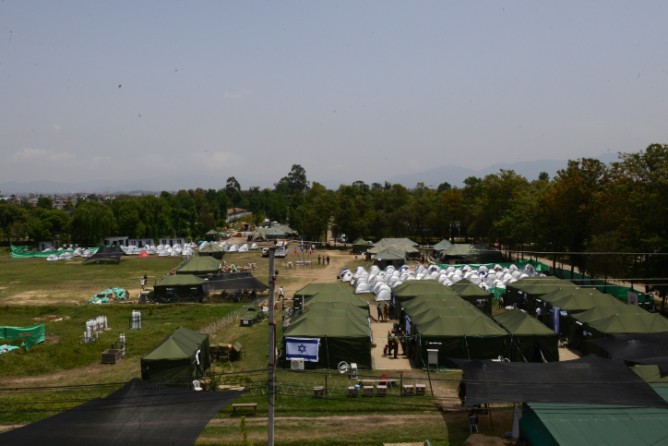 Even as some Israeli rescuers have finished their work in Nepal and are landing at home today, many are still working to find and treat victims of the April 25 earthquake that killed some 7,000 people and wounded about 13,000.

Rescue and relief organizations from Israel have assisted in dramatic rescues. IsraAID personnel led a 10-hour effort by search-and-rescue teams from France, Norway and Nepal to reach Krishna Devi Khadka, a 24-year-old maid trapped in a hotel for five days in an air pocket covered by a corpse.

“When the young woman was finally extracted and carried away to a waiting ambulance, it was to the great relief of the large crowd that had gathered, bringing hope that others may yet be alive,” reports IsraAID founder and director Shachar Zahavi.

Nepalese teenager Pemba Lama also was rescued after five days under debris. Like Khadka, he was treated at the Israel Defense Forces’ field hospital, set up on April 29 in Kathmandu.

The field hospital’s multidisciplinary Israeli medical team has so far treated about 450 patients in its trauma, pediatrics, OB/GYN, medical, surgical, orthopedic and intensive care units. The doctors and nurses have performed 33 lifesaving surgeries and aided in five births, including three Cesarean sections.

The Israeli personnel will continue caring for Nepalese patients for a couple of weeks before turning the entire facility over to local healthcare authorities. 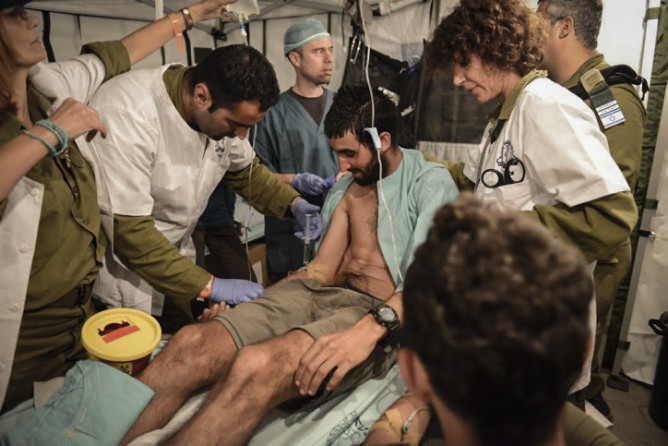 Hundreds of casualties have been tended at the IDF field hospital in Kathmandu. Photo by IDF Spokesperson via FLASH90

Media outlets from many countries have lauded the work of the IDF field hospital and the Israeli search-and-rescue teams. Click here to watch a video posted by The Telegraph (UK) showing an Israeli “disaster dog” searching for survivors in the rubble.