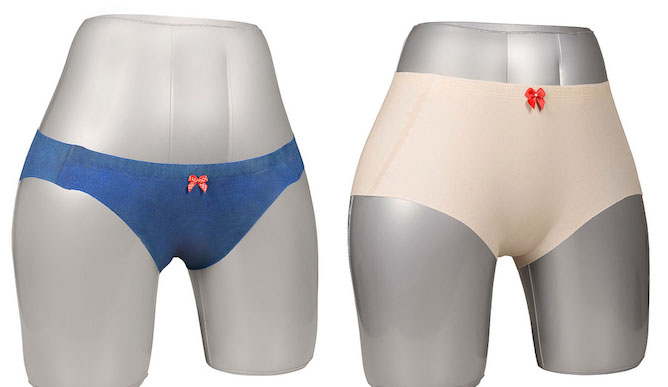 Prototype underwear made of Cosyflex, and 3D printer.

Tamar Giloh did not set out to commercialize a futuristic fabric made on a three-dimensional printer for pennies.

Though global makers of everything from swimwear to footwear are beating down the door to get access to her patented, stretchable Cosyflex material, Giloh began with a very simple quest to invent a better form of feminine protection.

“I had set up a company in 1997 in Israel, teaching people in industry and in the military how to be creative innovators,” Giloh tells ISRAEL21c. “I was trying to use these techniques to help solve an issue that bothered me: every single period, I couldn’t find a good solution for comfort and protection. I analyzed the problem and decided to combine a panty with a pad, something nice and feminine. This is where we started.”

And this is where she is now: Her England-based company, Tamicare, has raised $11 million from investors and an R&D grant from the British government. A small-capacity production line is turning out Cosyflex on a proprietary 3D printer for diverse types of items to be produced through licensing agreements with major brands she is not at liberty to name.

But she will confirm that Cosyflex women’s underpants will likely find their first market in her native country of Israel, where she maintains a home in Hod Hasharon with her husband and business partner, Ehud. 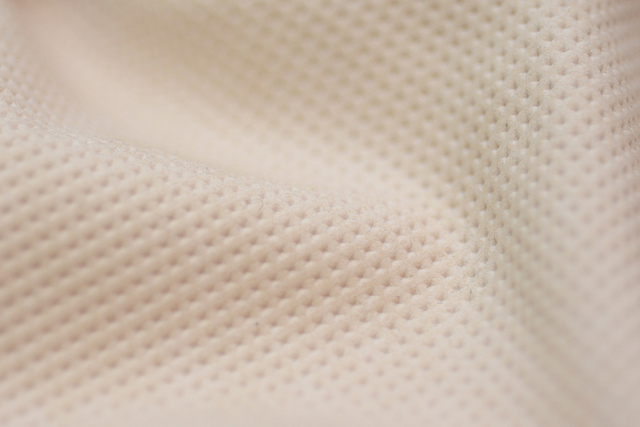 Cosyflex fabric stretches in all directions.

“We didn’t only develop a product, but a technology that can be used for many applications, from automotive to … you name it,” says Giloh.

Partnerships are in the works with companies from the sectors of lingerie, wound care, cosmetic masks, footwear, sportswear, compression wear, swimsuits for babies and incontinence garments for men.

“We’re trying to accommodate all these projects at the same time that we are building our first mass-production line starting with underwear,” says Giloh, who grew up in the Tel Aviv suburb of Givatayim.

It takes just three seconds to produce one pair of panties. The UK government is providing a 400,000-pound grant specifically for this breakthrough manufacturing endeavor.

“We developed the technology with biodegradable material and are very proud of that, because it’s really going back to Mother Nature and the resulting product is amazing to wear,” Giloh says. “You can see no visible lines at all, and even if you wear a heavy incontinence pad it is not noticeable even when full of liquid. It is discreet, with no leakage and no smell.”

Tamicare is hardly an overnight success story. The Gilohs persuaded their first investors to come on board more than a decade ago. At the time, Israel didn’t have the technological infrastructure to do what they envisioned, so the couple established the company in Manchester in 2001 in order to get help from a local business there.

“We started development, but after several years we got nowhere,” she recalls.

And then Ehud (“a self-made person who likes to create new things”) had a radical textile idea that he began developing in 2005. At each stage, they would produce prototypes and invite women to try them. In the testing process, they discovered that about 20 percent of women are unhappy with existing feminine hygiene products.

“The response was very strong, and we received very positive comments from testers that they felt confident wearing our product. They’d tell us, ‘Thank God somebody came along to help us.’ We didn’t know at first how big the problem was.”

The Gilohs soon realized the material had potential way beyond the feminine protection sector, and they developed their own unique three-dimensional printer.

“Usually you load [a 3D printer with] layers of plastic or nylon, while we are layering fiber and polymers on a moving surface,” she explains. “This is how we make Cosyflex. It stretches in all directions the same amount and applies the same compression on the body.”

“Everybody laughed in my face when I started presenting my idea at conferences, and so I stopped going,” Giloh says. “Now we are so well protected that other companies can’t do anything but collaborate with us. The largest companies in the world are worried about this disruptive technology and they are begging to partner with us to make the products they want.”

An agreement with an Israeli retailer could make Israel the first country where Cosyflex underwear will be sold, perhaps in another six months. “I have to look at the best product to bring the quickest income for our investors,” Giloh says.

Eventually she would like to manufacture the material in Israel, where Tamicare has a small office in Kfar Saba to handle data and patent management. “We want to be seen as Israeli,” she says.

UNCOVER ISRAEL - Get the ISRAEL21c
Weekly Edition free by email
Sign Up Now!
Bring Israel's story to life.
Millions of people around the world rely on us to gain a deeper understanding of Israel. We are the trusted source for original content you won't find anywhere else.
You can make a difference. Donate today to support journalism that brings Israel’s story alive.
SUPPORT ISRAEL21c
Read more on:   Technology, Innovation, Lifestyle, Culture, styling, fabric, women styling