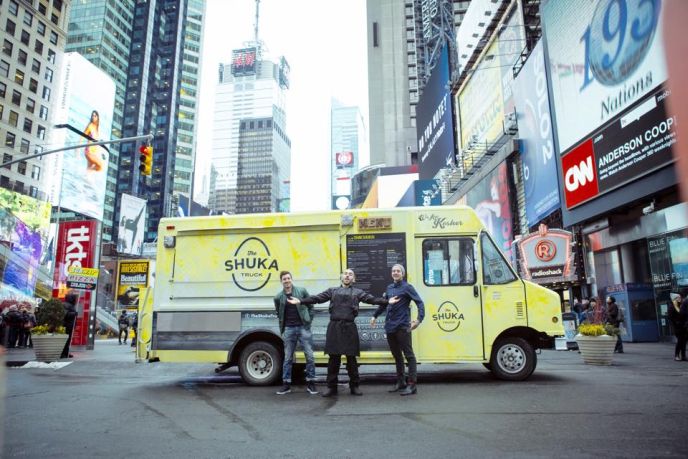 Three Israeli friends fresh out of the army go to New York to build a nest egg. Then they sink their hard-earned cash into actual eggs, outfitting a 2003 Ford food truck to purvey four varieties of shakshuka (also spelled “shakshouka”), the tomatoey poached-egg dish that Israelis love for breakfast and all day long.

They rolled out the Shuka Truck during one of the coldest-ever New York winters.

Not at all, explains Solomon Taraboulsi, the trio’s business strategist. He and his partners, Josh Sharon and Gabriel Israel, figure that starting with a trickle of customers during the frigid winter months will prepare them to handle hordes when the weather warms up.

“It’s our first business and we need to be ready for the spring and summer, so this is our learning period,” saysTaraboulsi, 24.

Food trucks are nothing new in the Big Apple, but shakshuka-on-the-go is a novel concept and therefore risky. 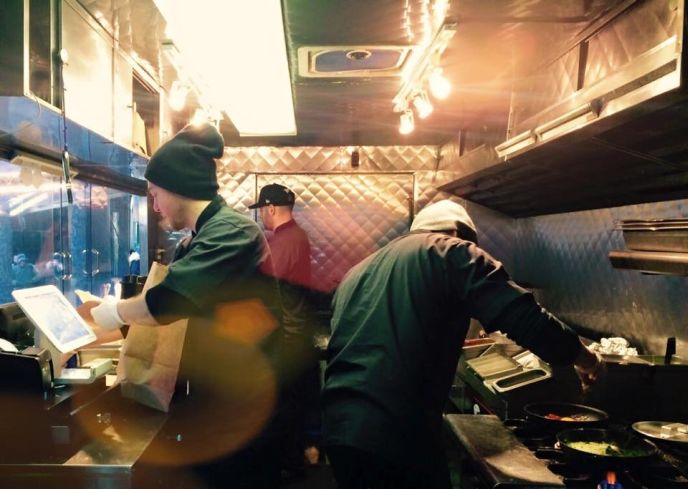 Customers can watch their meal being prepared inside the truck.

“Everybody knows the food industry is one of the toughest, and as a new business it would have been easier to come with a food truck that sells familiar food because Americans like to get what they know,” Taraboulsi tells ISRAEL21c. “We came with something entirely new; most people don’t know what it is.”

Well, they do now. Since December 1, the bright yellow Shuka Truck has been parking in six different locations announced daily via social media, tempting lunchtime diners with upbeat music and exotic cuisine. The Shuka Team, as the childhood friends are dubbed, has gotten a lot of play in the press.

Prices range from $9 (for a shakshuka sandwich) to $12 (for a platter with Israeli-style homemade chips and salad). Chef Gabriel Israel insists on using organic eggs, cheeses and vegetables whenever possible. The olive oil, herbs and spices are imported from Israel, and the tahini from Lebanon.

“Many people fall in love when they taste it for the first time,” Sharon tells ISRAEL21c. “And people who do know shakshuka just get crazy! They can’t believe they’re seeing this in New York.”

How do they get passersby to taste it in the first place? 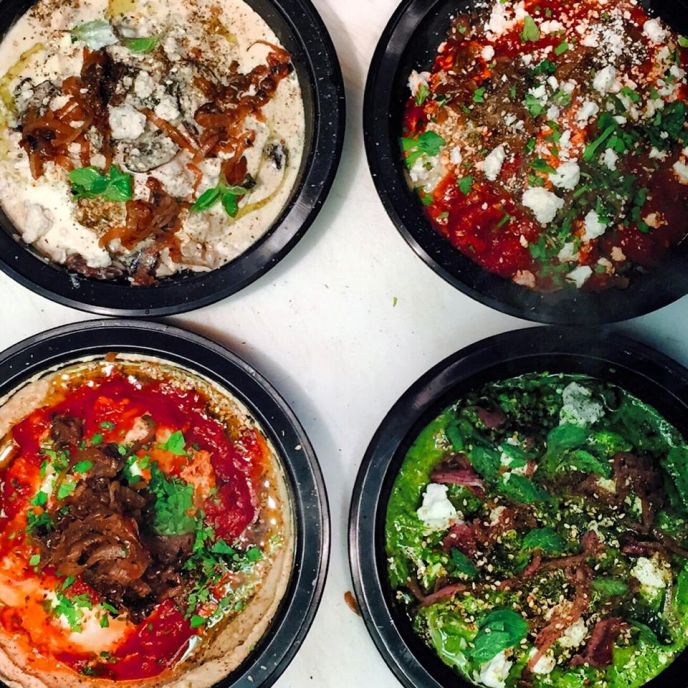 “We checked, and no other food truck in the city makes and serves food the way we do. Our customers see the whole system, and they love it.”

Having learned that “Americans love to join lines,” the guys asked friends to come and queue up each time the truck appeared in a new location. “Then more people started to come and suddenly we’d have 45 people on line, smiling and dancing to the music,” says Taraboulsi.

Most importantly, he adds, many customers return next time the Shuka Truck is in their area.

Sharon explains that the three buddies grew up in Ra’anana, a central Israeli suburb that he calls “a great place to raise children,” and completed their military service in 2013. Then they sought their fortune in New York, along with Israel’s longtime girlfriend.

Since the age of 14, Israel had worked in his father’s Herzliya chef restaurant, Vino Socca, and Tel Aviv banquet hall. After taking a fewclasses at the Culinary Institute of America, he went to work at Boulud Sud, a midtown Mediterranean restaurant.

“I was making shakshuka for brunch there, and they were selling it for 20 bucks a dish,” he relates. The other employees started calling him “Shuka.”

The other two friends were working for a real-estate company, but all three dreamed of starting their own business. Israel’s parents urged them to think outside the box of a traditional restaurant.

“A food truck is really mobile and can show your product to everyone,” says Israel.“Opening another taco or pizza truck wouldn’t be original — New York is all about trends– so I thought to try shakshuka, something different but easy and fast to make so it meets all the criteria for a food truck.” 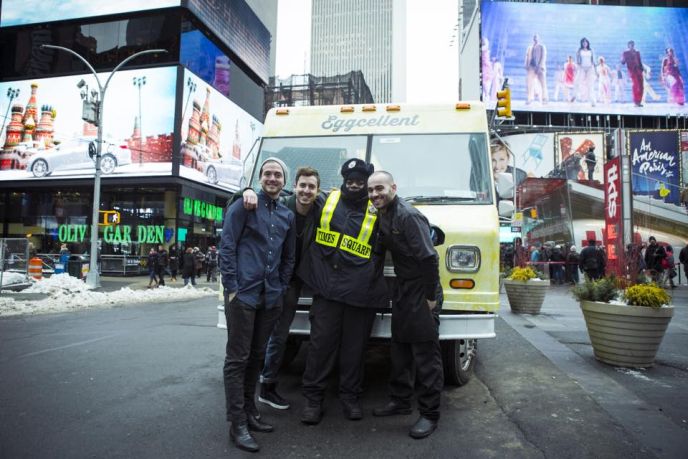 A Times Square police officer shows a little love to the Shuka Team.

While the dish is normally served in a bowl, the friends recreated their childhood habit of stuffing it in a baguette to make a portable sandwich.

“It’s a little messy, but not more than a burrito or a burger,” says Israel.

Using their own earnings, they bought a used food truck and refitted it with new kitchen equipment to Israel’s liking. Six months later, they opened for lunchtime business from Sunday to Friday; under private kosher supervision, the truck doesn’t operate on the Jewish Sabbath.

Israel concocted the menu with care. “Everything is fresh; we cut our salads every morning and bring as much organic stuff as we can. Our food is very soulful; you can feel the love from the food.”

If the Shuka Truck is successful, the buddies may expand to other American cities and maybe even to Israel.

“There’s a saying in the army that if you survive the winter you’ll be successful in the summer,” says Israel. “It’s only the beginning, and where it goes from here only the future will tell.”