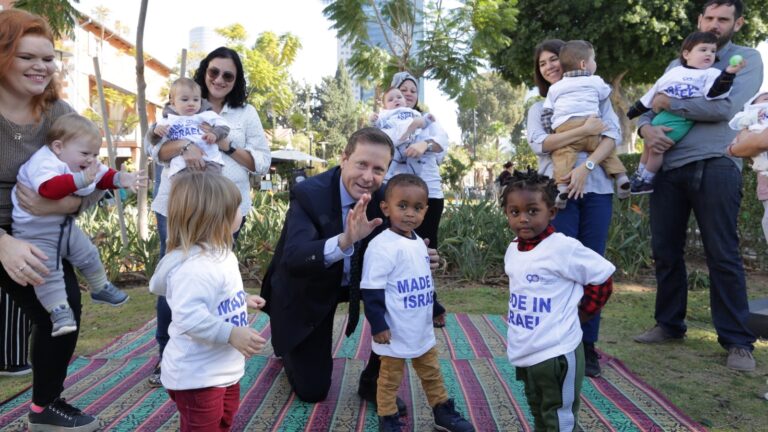 From the beginning of 2010 through the end of 2019, more than 255,000 people moved to Israel from 150 countries, according to Jewish Agency Chairman of the Executive Isaac Herzog.

The countries of origin of the largest numbers of immigrants this decade include Russia, Ukraine, France, the United States and Ethiopia.

The year with the largest number of immigrants was 2019, when about 34,000 immigrants arrived, according to the Jewish Agency. That’s an 18 percent increase over 2018.

More than half of the immigrants arriving over the last decade (about 130,000 people) came from the former Soviet Union.

Some 1,700 immigrants came to Israel from the rest of Africa and Asia, among them around 1,180 from India and more than 190 from Hong Kong and China. The report also shows that over 3,040 new immigrants moved from other Middle Eastern states and other countries with which Israel does not have diplomatic relations.

According to The Jewish Agency, around 60% of the immigrants during this decade were under the age of 45.

Operation Dove’s Wings, completed in August 2013, brought around 7,800 immigrants from Ethiopia, and Operation Yemen’s Edge in March 2016 brought the Jews of Raydah to Israel at the height of the war raging in Yemen.

“Over the last 10 years, more than a quarter million immigrants made aliyah with assistance from The Jewish Agency. They chose to live in Israel out of a sense of deep connection and a desire to build their futures and the future of their children in this country,” Herzog said at an event for immigrants who arrived over the last decade from a variety of countries, along with their Israeli-born children wearing MADE IN ISRAEL t-shirts.