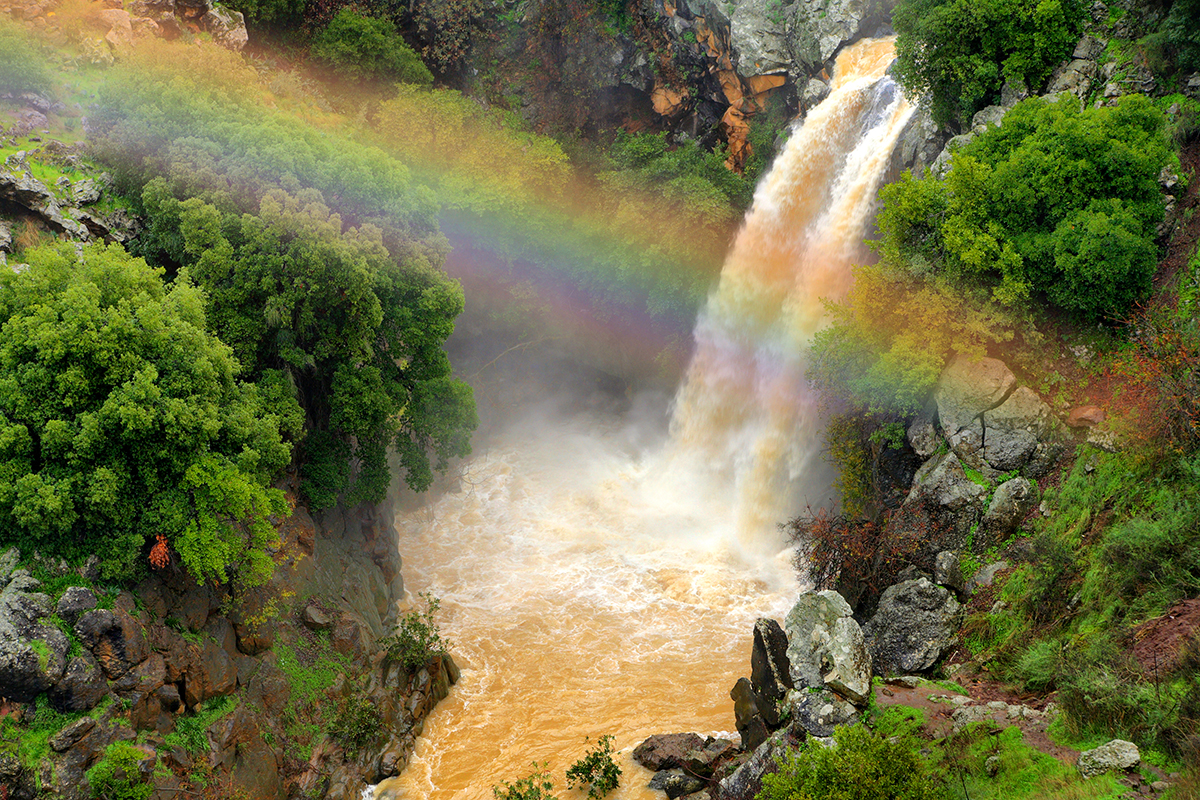 Photographer Noam Chen shares breathtaking settings from north to south that will transport you to a magical place of serenity and imagination.

A fairytale location, says Israeli photographer Noam Chen, “is someplace you find yourself disconnecting from the troubles of the world, just drowning in the beauty and serenity of the place and forgetting about everything else.”

The fairytale locations he shares here were photographed using his special techniques that turn beautiful landscapes into dreamy scenes with an unreal quality.

Yet these magnificent images do exist in Israel – even if tourists cannot come enjoy them just yet.

So sit back and let your imagination run wild as Chen’s photos take you to magical places. It’s a perfect antidote to a year of pandemic-induced stress.

Let’s start our fairytale tour up north at Nimrod Fortress in the Golan Heights.

“It’s the largest fortress in Israel, and its magnitude and lush green surroundings makes it feel a proper fairytale location,” Chen says. “You can use your imagination to see royalty there.” 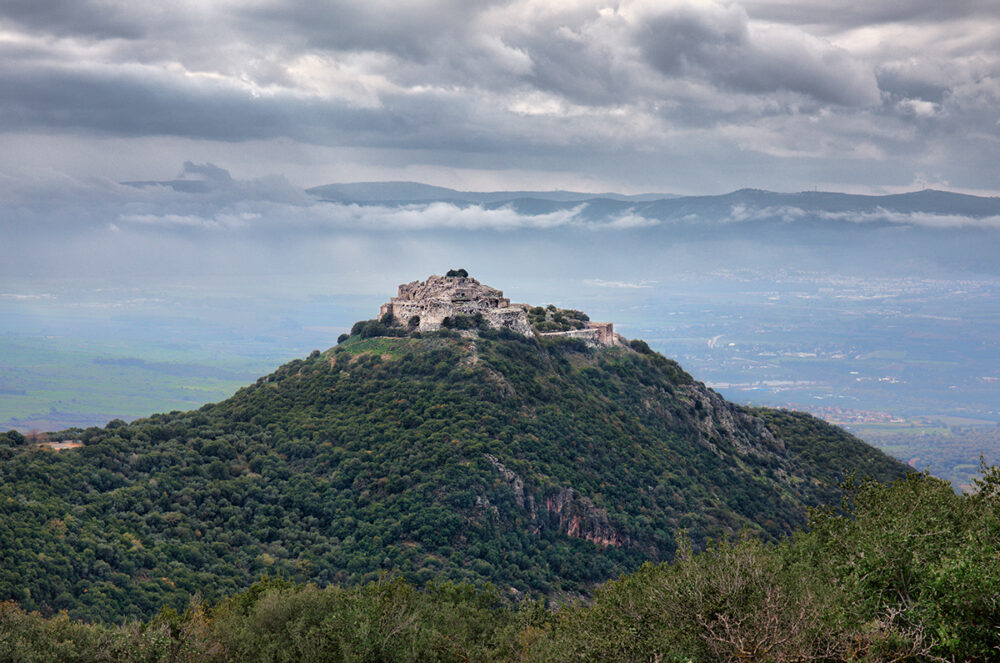 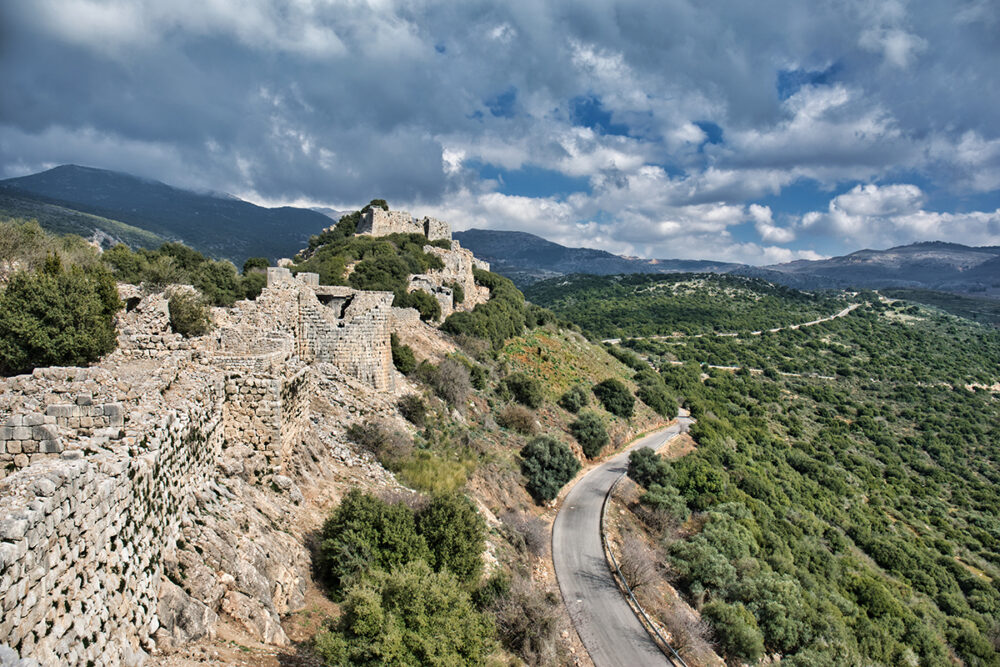 The scenic road to Nimrod Fortress in the Golan Heights. Photo © Noam Chen

The Golan Heights and the Galilee are blessed with many fairytale-like water elements.

“Among the streams and waterfalls of the North, you can go and find quiet and mesmerizing little spots that transport you to another place,” says Chen. 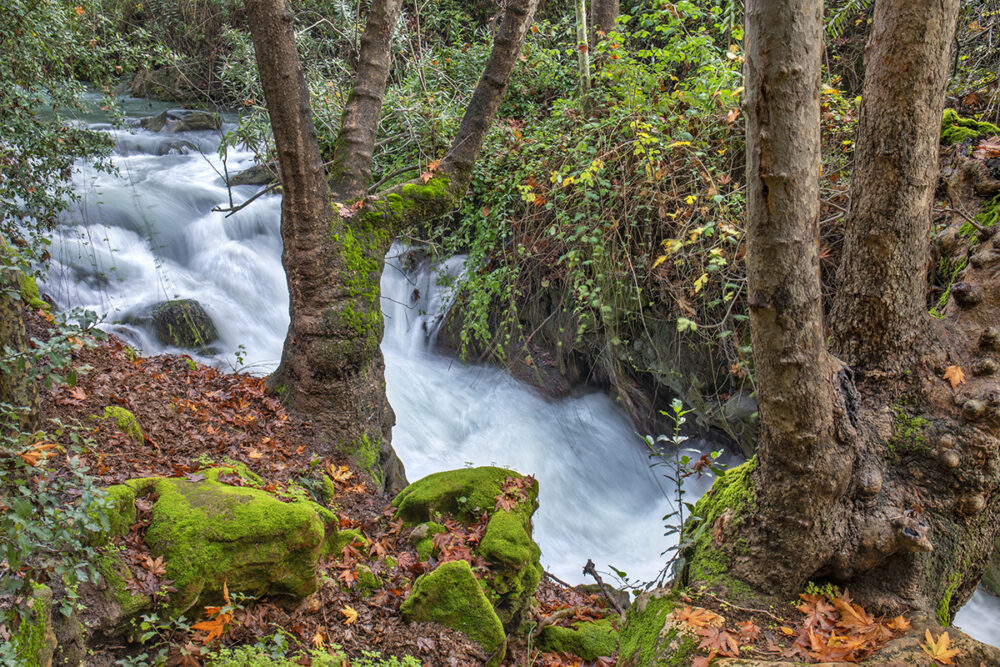 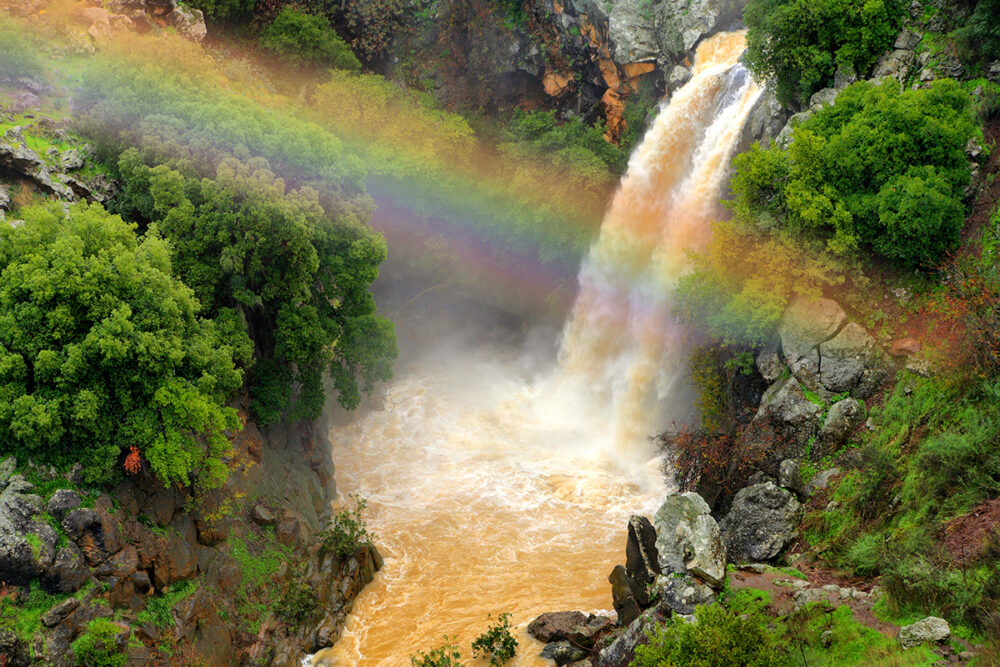 Moving a bit southeast to the Upper Galilee, we come to the Hula Valley, which has it all: fields of wildflowers, thousands of migrating birds, clear lakes teeming with wildlife. 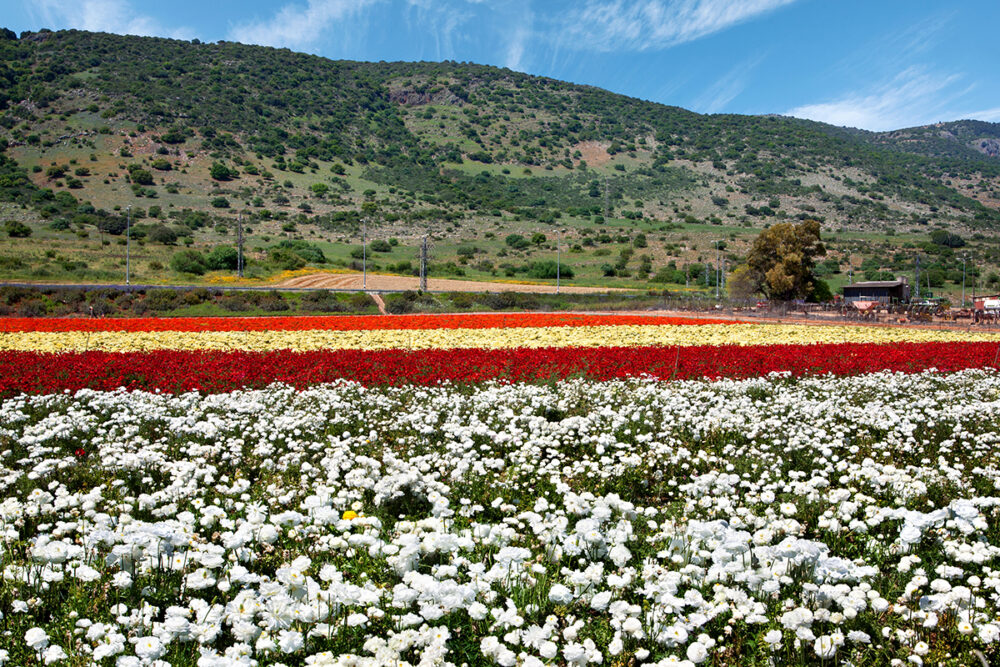 “It looks very picturesque and when you get a viewpoint of the entire valley under the snowcapped Hermon Mountain it makes it look like a fairytale,” says Chen. 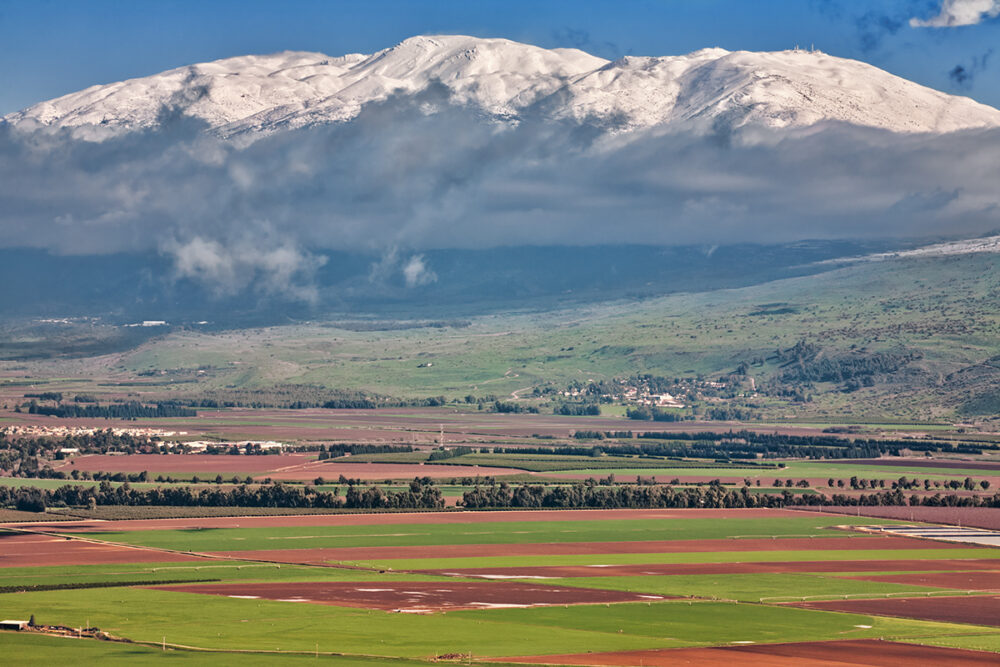 “When you get there very early in the morning during migration season, it’s really magical with the morning mist and the sound of the birds making it feel surreal and beautiful. It transforms you.” 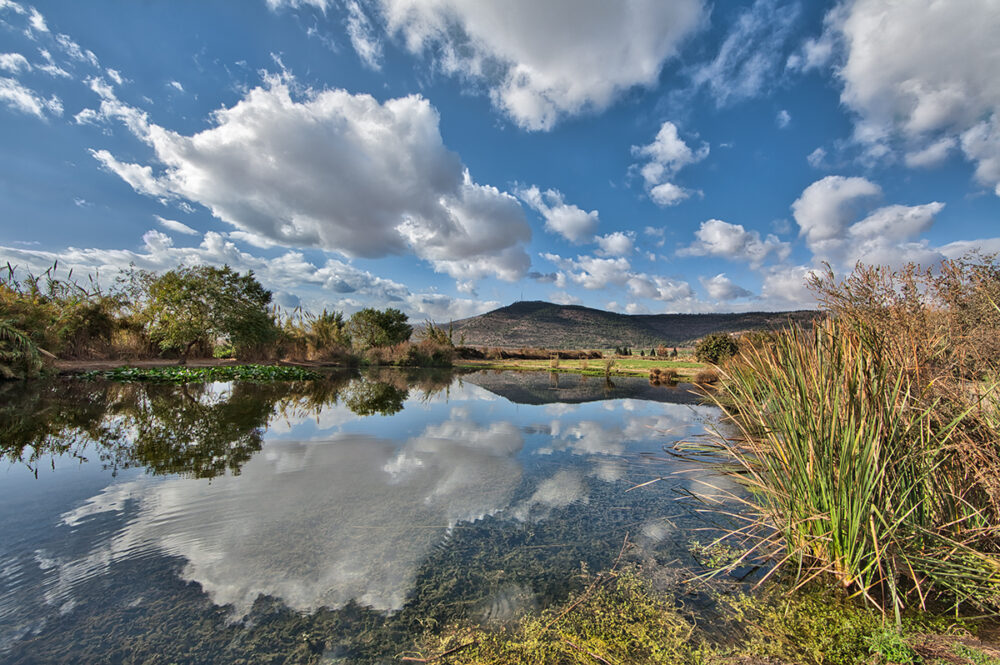 Rosh Hanikra in the upper Western Galilee is famous for its Mediterranean grottos reached by cable car. 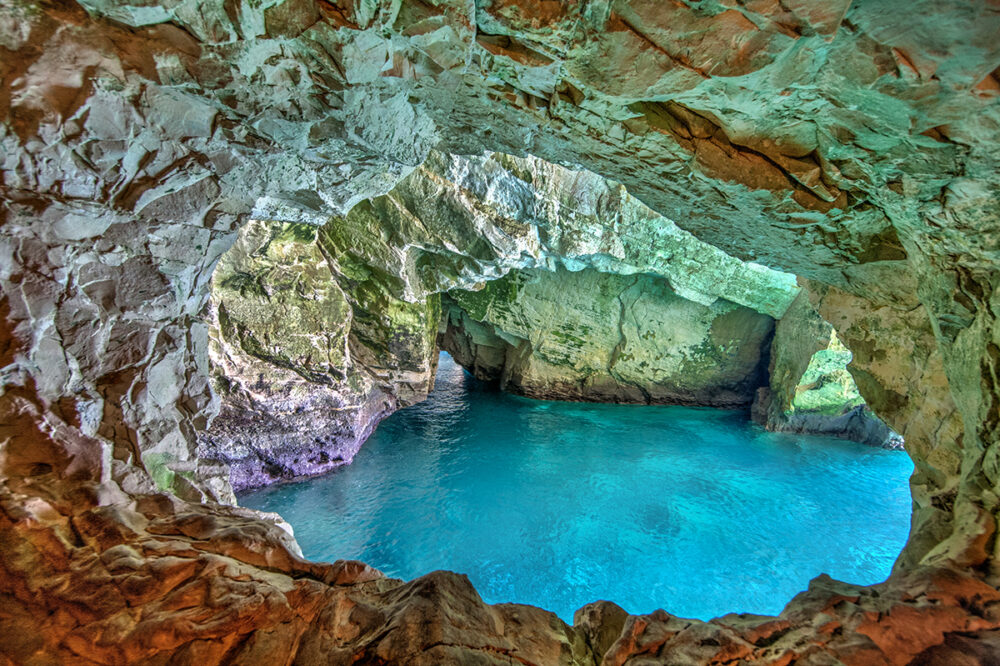 “When you go into the grottos, the thing that pops out immediately is the dreamy turquoise color of the water which makes you feel you’re entering another world,” Chen says. “Outside the grottos, the white cliffs overlooking the sea are certainly a fairytale setting.” 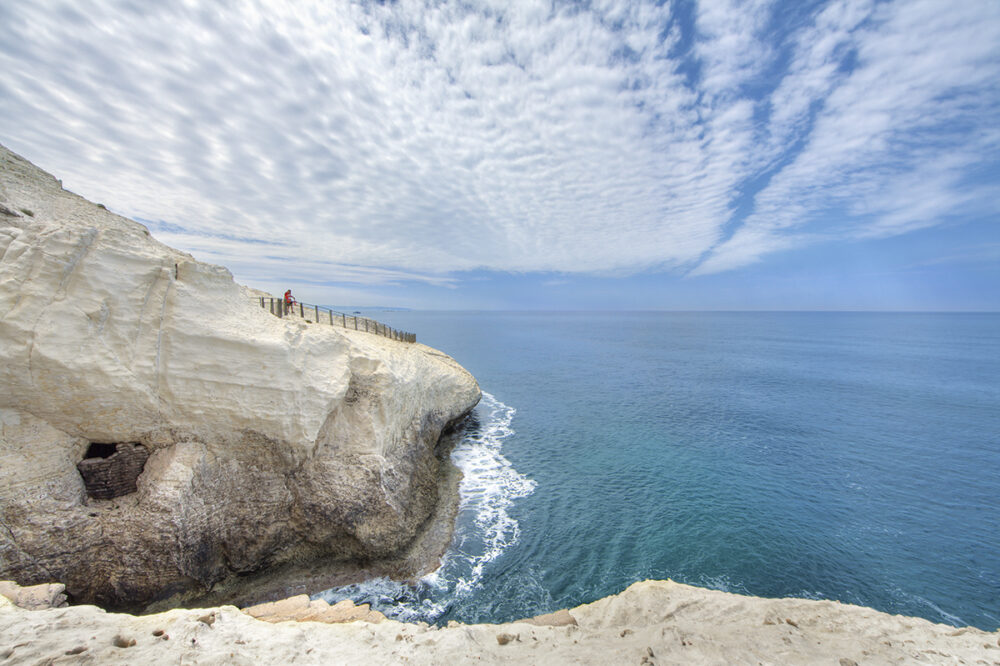 About 20 minutes south of Rosh Hanikra is Nahariya, a beautiful beach city of the Western Galilee where Chen spent his childhood. 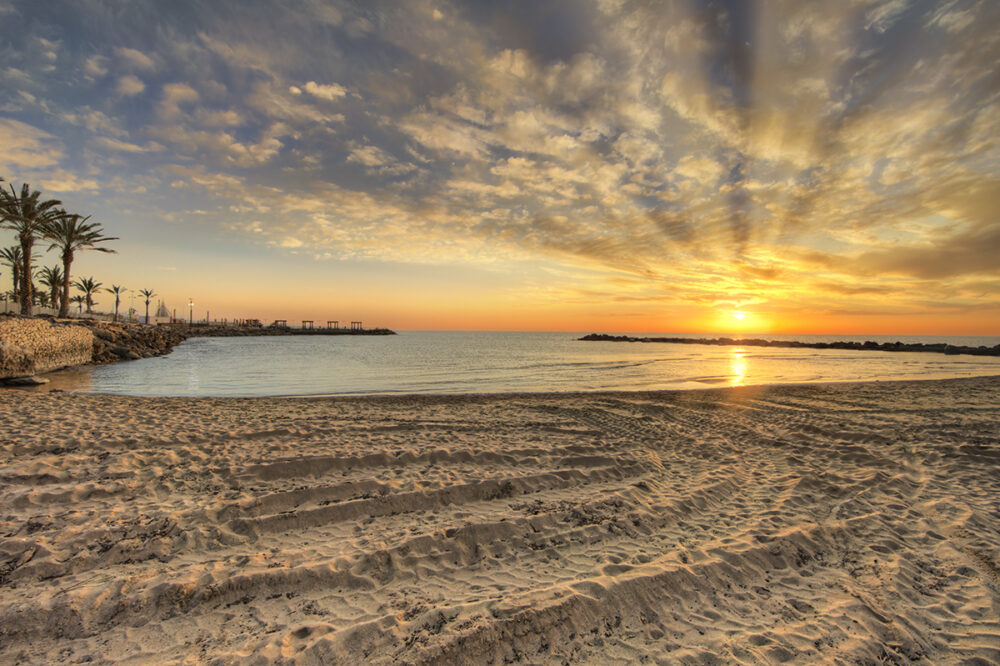 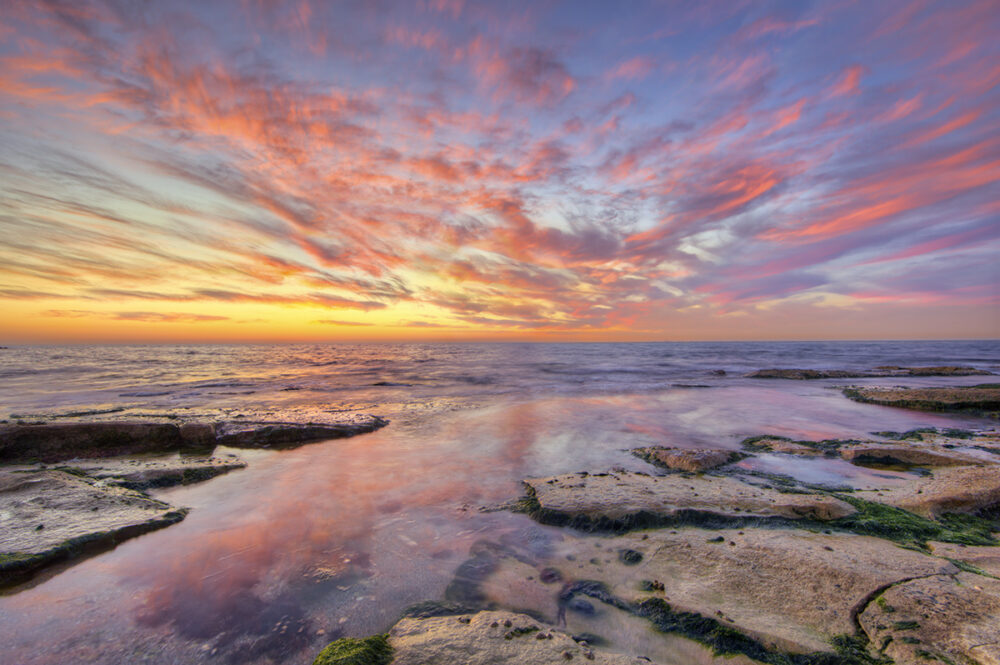 A romantic scene on a Nahariya beach. Photo © Noam Chen 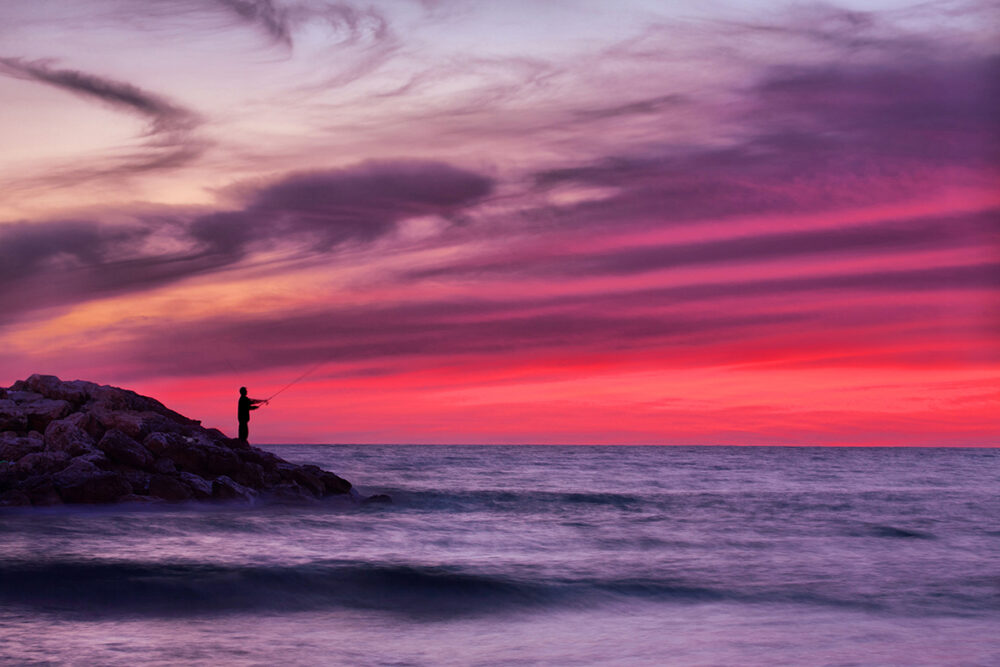 A romantic scene on a Nahariya beach. Photo © Noam Chen

The Tal Shahar Forest in central Israel, otherwise known as Cyclamen Hill because of the wildflowers that dominate the landscape in February and March, is surely a proper fairytale setting. “You just need a princess in the middle of the field,” Chen remarks. 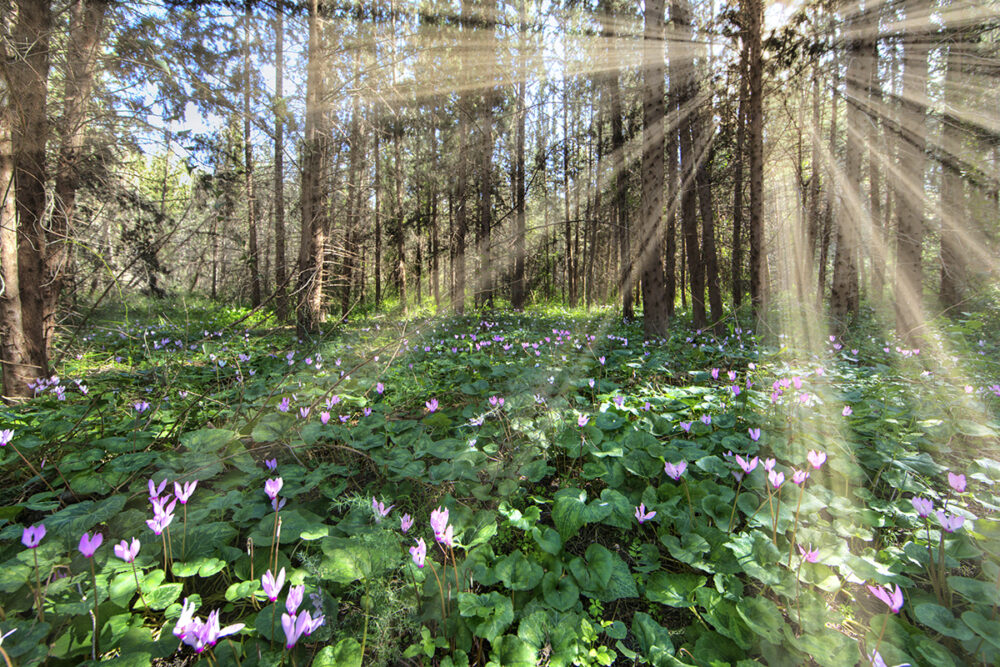 The sun shining on the cyclamens in Tal Shahar Forest. Photo © Noam Chen

Having lived in Tel Aviv and in the United States for many years, Chen came back to the north of Israel during the Covid pandemic and recently relocated to Jerusalem. He’s exhibited across the world and hopes to do his next show in Israel’s capital city.

Just south of Jerusalem is the Gush Etzion region, where you’ll find Herodian (also called Herodium) National Park. Here, in the first century BCE, King Herod challenged the forces of nature by building one of the most daring structures of the ancient world.

“The story behind it is what makes this a fairytale location,” says Chen. “It was a huge palace complex and Herod chose it to be his burial site. The Judean Desert landscape around it takes it to another level.” 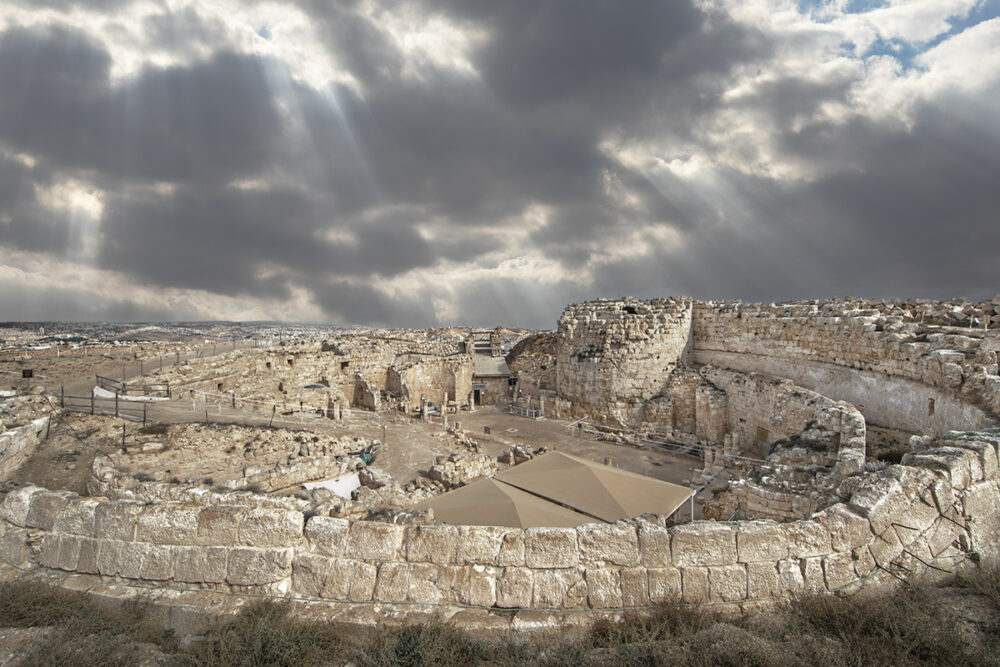 One of the most popular tourist sites in the southern Judean Desert is the salty Dead Sea, the lowest place on Planet Earth.

“In spite of the fact that it’s a popular tourist destination, the Dead Sea still has many spots that not everyone knows about and that literally looks like an alien landscape with features like salt flats,” says Chen. 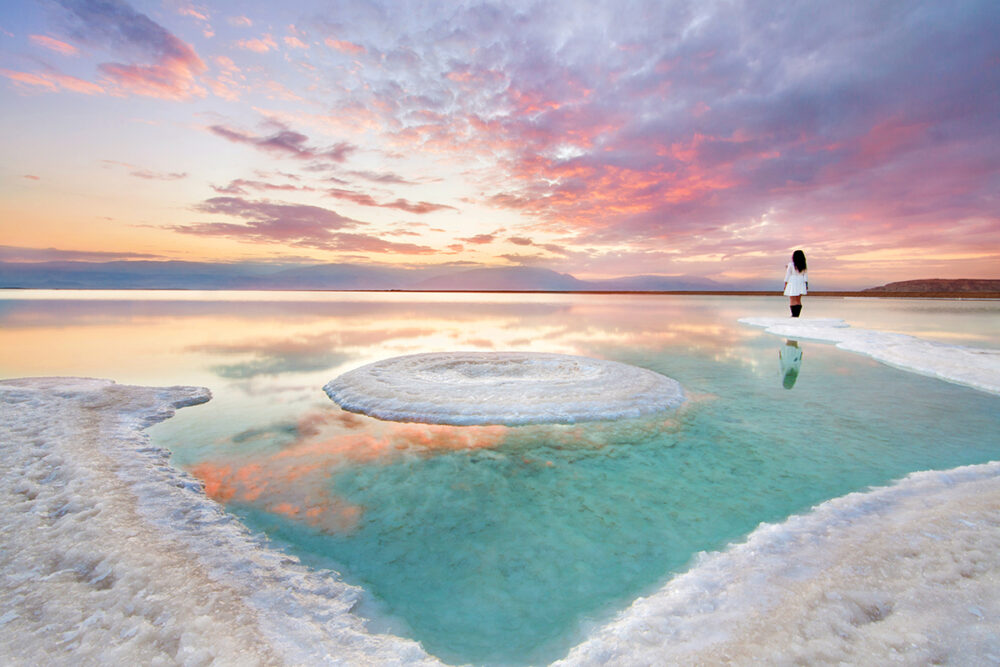 “It really looks like a different world down here,” he adds. “At sunrise and sunset there are the most beautiful skies.” 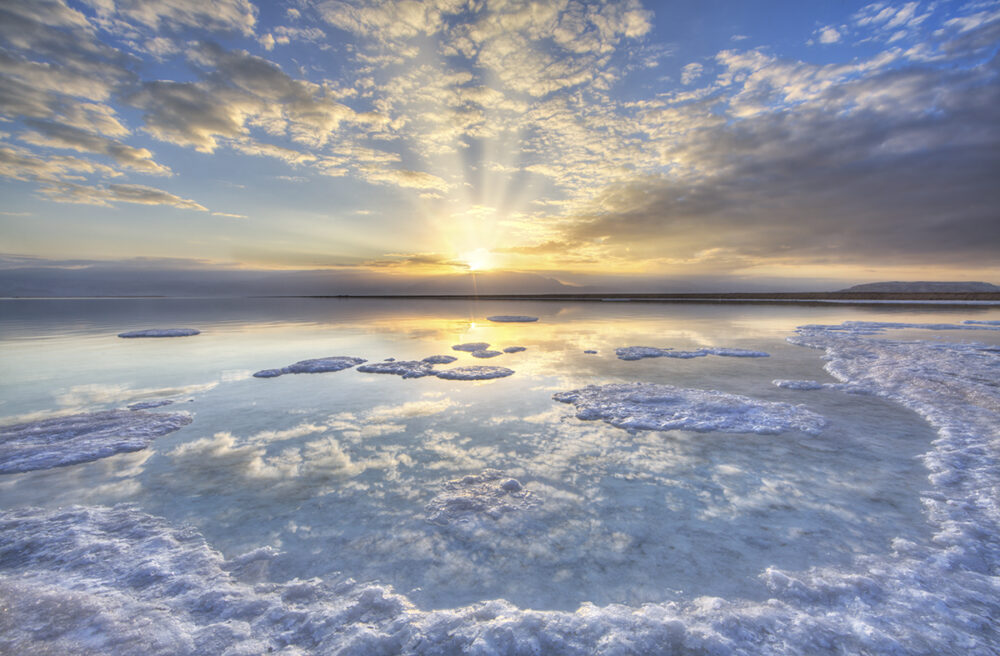 And for our last fairytale location, here’s a glimpse of the gorgeous Red South fields of the Negev when carpeted with anemones. 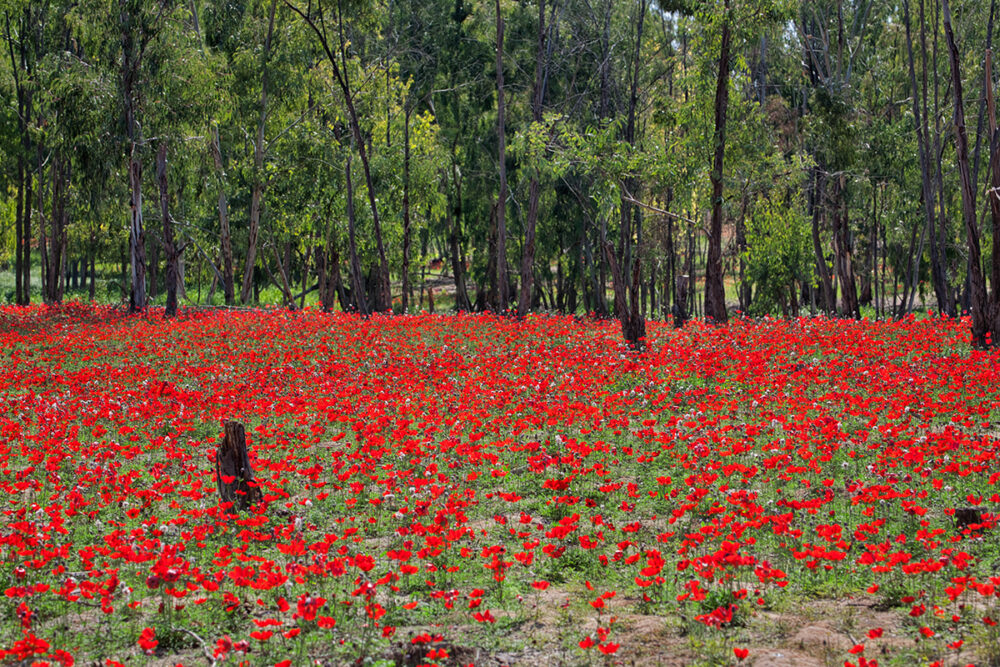 Chen explains that he does not always plan in advance where to go and when to go and how to take the photo. “I let my eyes lead me, and when I see a scene that can convey I choose to click.”

To achieve his trademark effect, he combines different exposures in order to capture the big contrast between highlights and shadows in the frame.

“The camera’s sensor doesn’t always catch what your eye sees, so you have to work on it afterward to accentuate colors and bring back to life what you saw and what you felt,” says Chen.

“But the most important thing is to keep it real,” he says. Even when the image is the stuff of fairytales.