An aerial view of the Dead Sea beaches. Photo by Edi Israel/Flash90
#AerialAwesomeness

18 spectacular shots of Israel from above

From dusty desert roads and Tel Aviv landmarks to the local version of Stonehenge - you may not be able to visit, but you can still revel in Israel in all its beauty from above.

With Israel still off-limits to most would-be visitors, ISRAEL21c wants to give you a taste of the country’s most photogenic spots. And to make it even more spectacular, we’ve focused on all the sites from above to give you a fascinating bird’s-eye view. You know, for that sorely missed plane-like feeling. Buckle up! 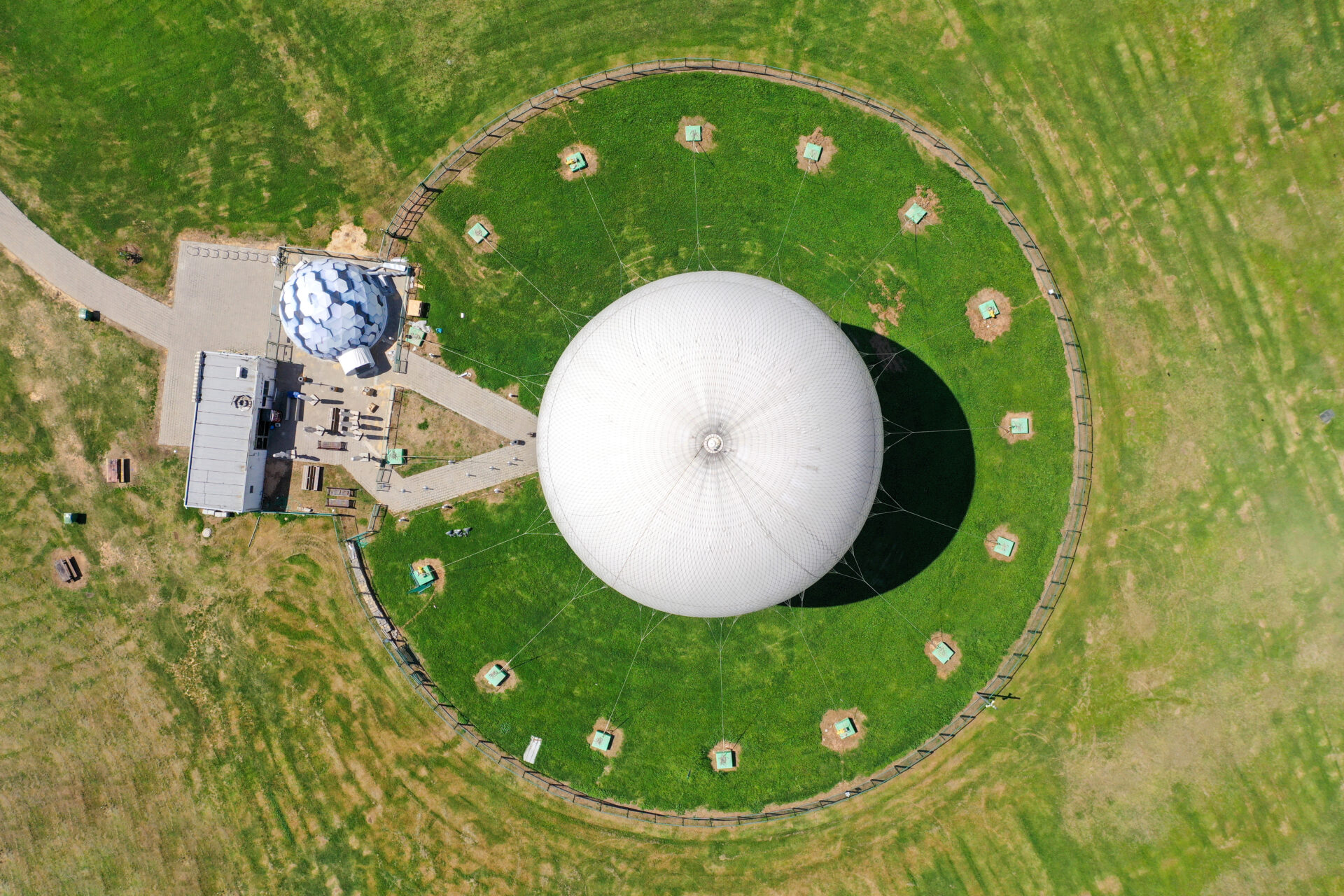 Located at Tel Aviv’s Yarkon Park, the sightseeing balloon has in recent years seen quite literally everything: birthday celebrations, marriage proposals, family squabbles and the odd wobbly-kneed passenger. The balloon can reach a height of about 300 feet, allowing a bird’s-eye view of the city, from its skyscrapers to its blue sea. 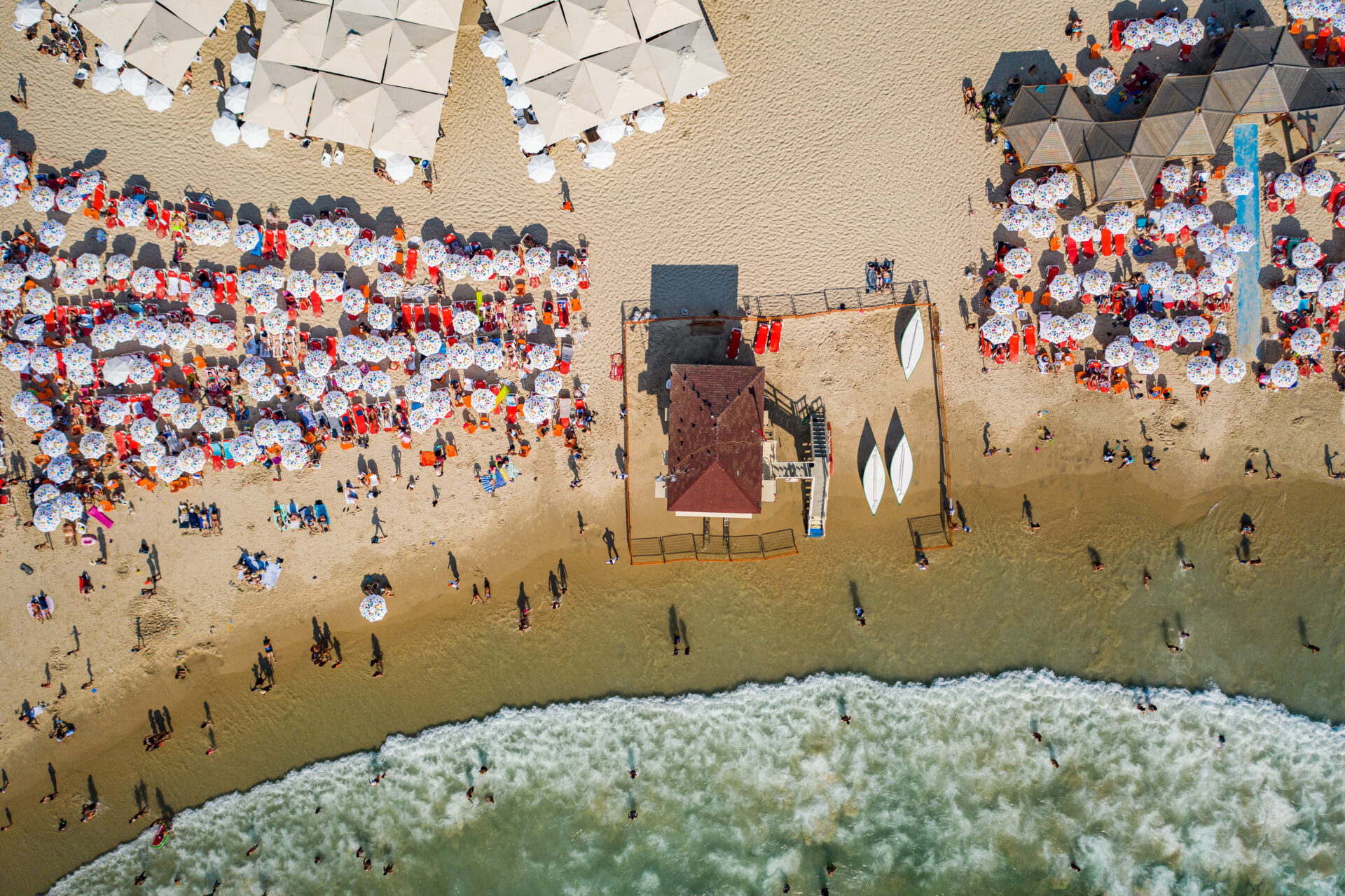 Dipping in the sea and lounging in the shade on Tel Aviv’s beachfront. Photo courtesy of Tel Aviv Municipality

One of the best things about the easing of the coronavirus restrictions easing in Israel is the fact that the beaches have opened up. After months of being cooped up at home, people are flocking to the seafront to enjoy the sun, breeze and a sense of normality once again. 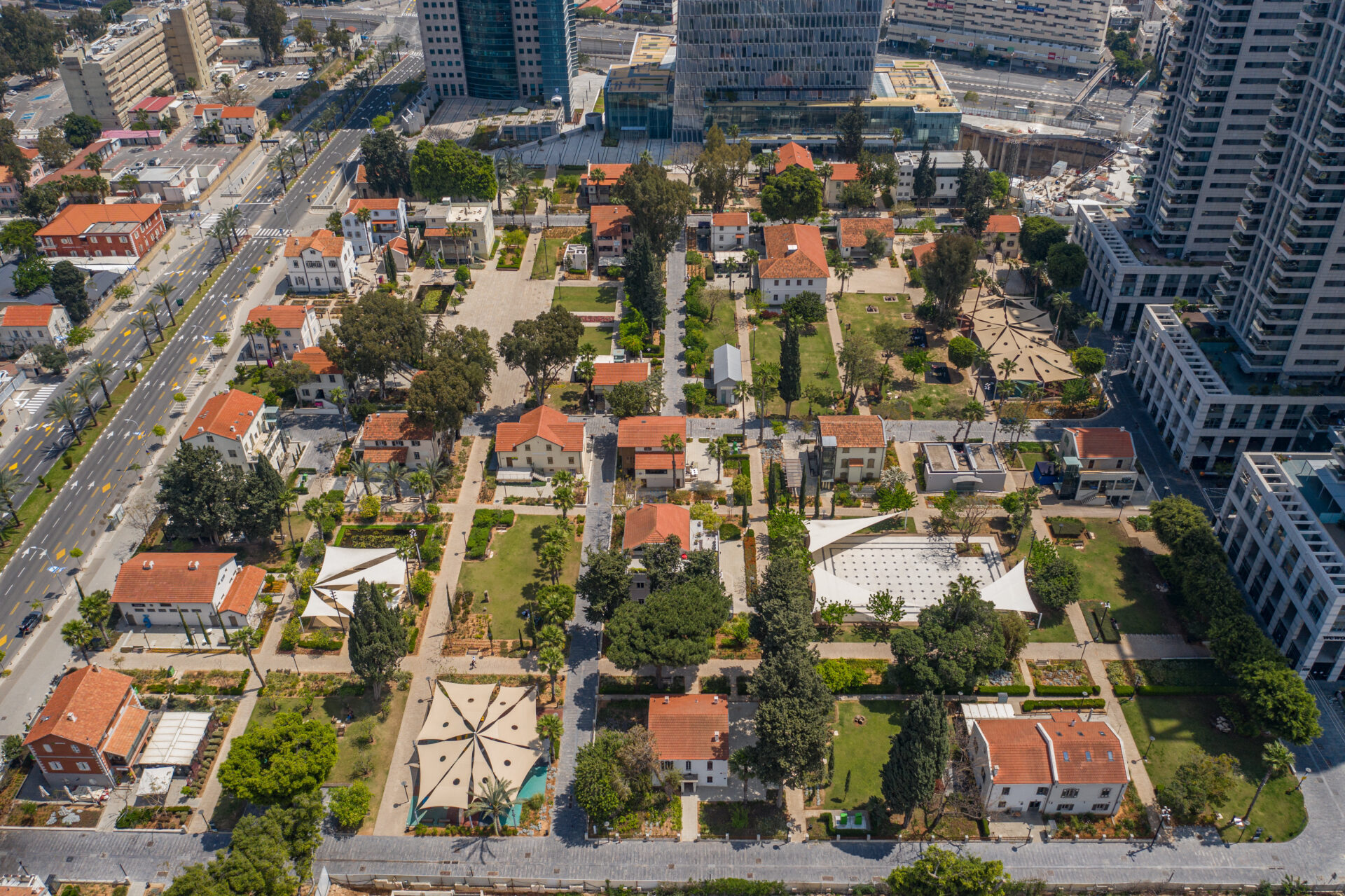 Built as a colony by the German Templers back in 1871, Sarona nowadays serves as a major shopping, leisure and residential complex. Still, walking through the manicured lawns and looking around the beautifully renovated old buildings, it’s quite easy imagining what it must have been like here over a century ago. 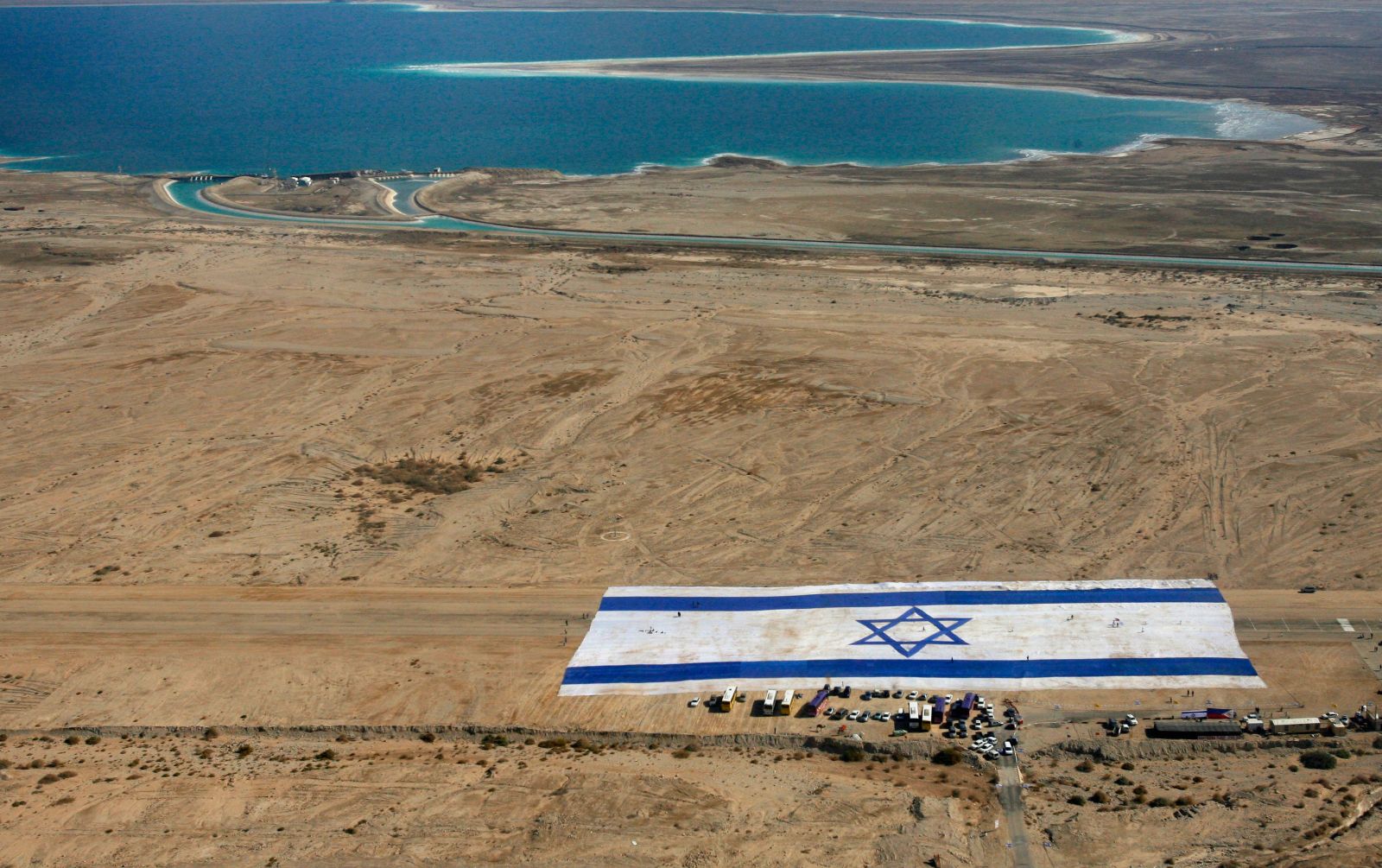 A huge Israel flag stands out against the backdrop of the Dead Sea at the Masada airfield in the Judean Desert. Photo by Michal Fattal/Flash90

This snap, taken in 2007, captures the record-breaking, largest flag in the world. Confirmed by Guinness Book of Records representatives, the massive Israel flag measured 2,165 feet long and 330 feet wide. It was made in the Philippines and was unfurled in the shadows of Masada to mark 50 years of friendship between the Philippines and Israel. 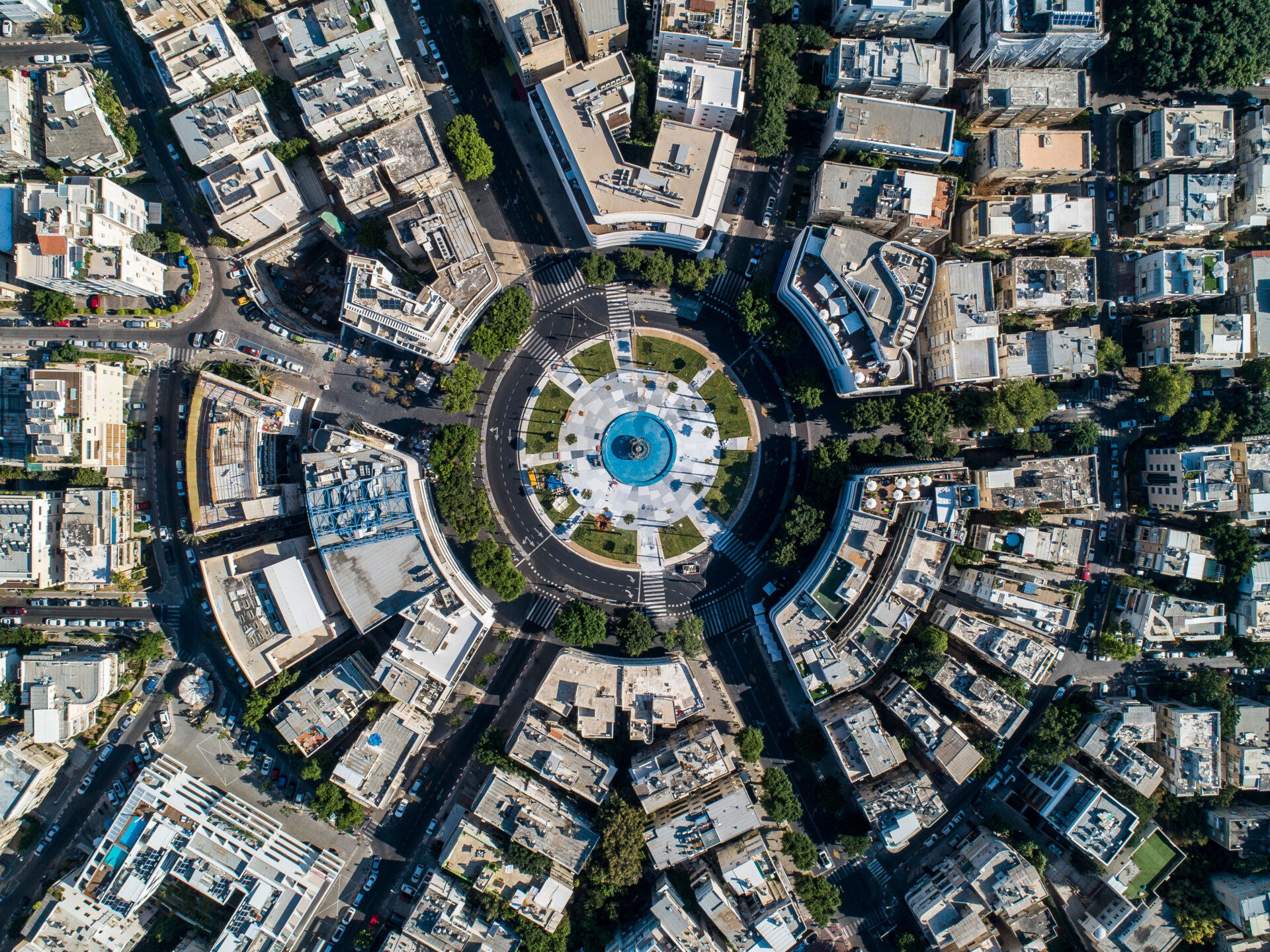 Named after Zina Dizengoff, the wife of Tel Aviv’s first mayor, Dizengoff Square is one of the city’s trademarks, both on the ground and from the air. Recent renovations have seen the square being lowered back down to street level, seamlessly blending it in with the Bauhaus buildings that surround it and giving residents and visitors alike a small green haven for picnics and leisure. 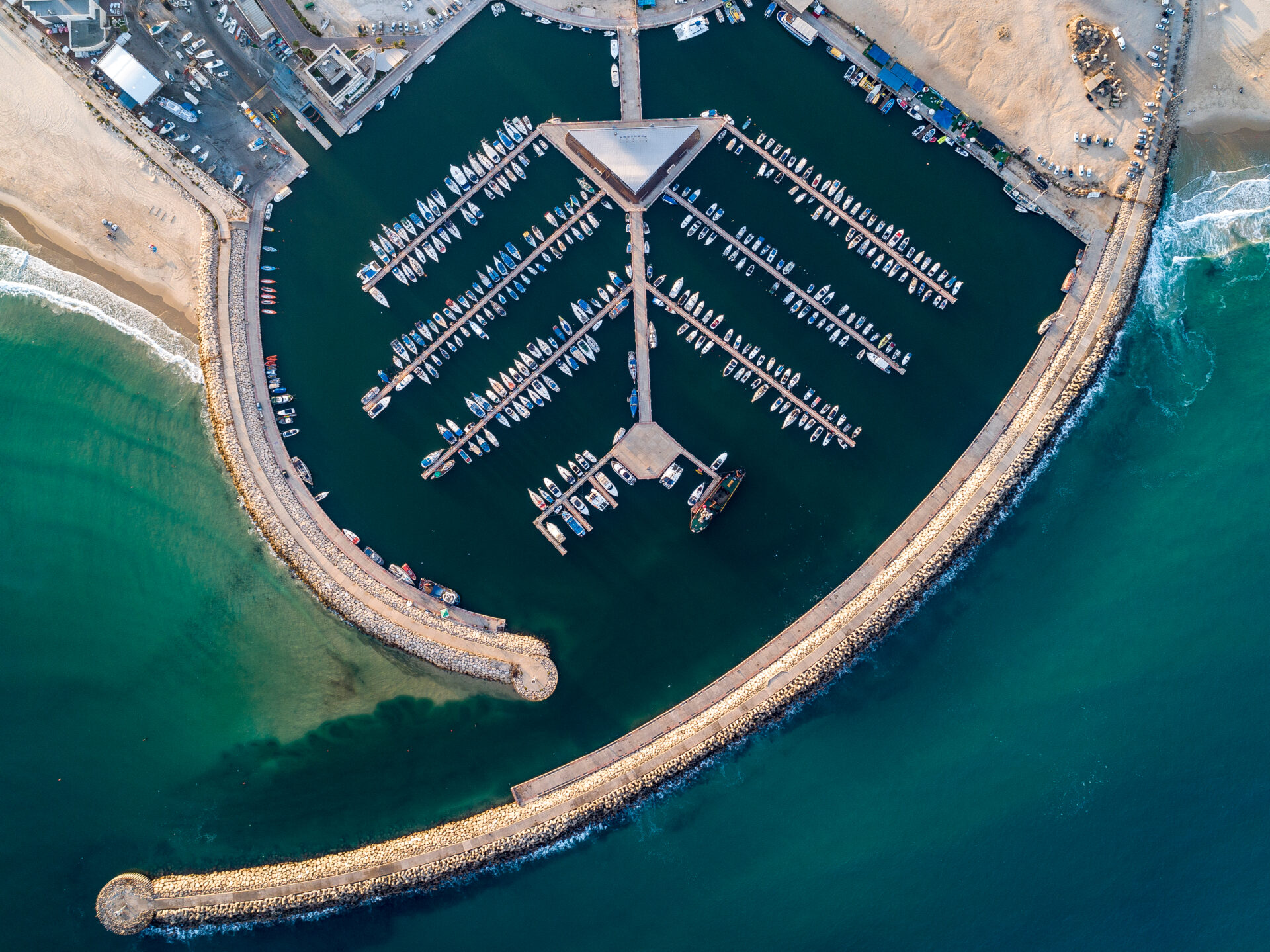 An aerial view of the marina in the southern coastal city of Ashdod. Photo by Orlov Sergei/Shutterstock.com

Visitors to Israel are usually familiar with some of its more famous marinas, for example those in Tel Aviv or Herzliya. But the southern coastal city of Ashdod also boasts an impressive 500-boat marina constructed back in the late 1990s. It’s located right off the city center, making it easily accessible and, as can be seen from this aerial snap, super stylish. 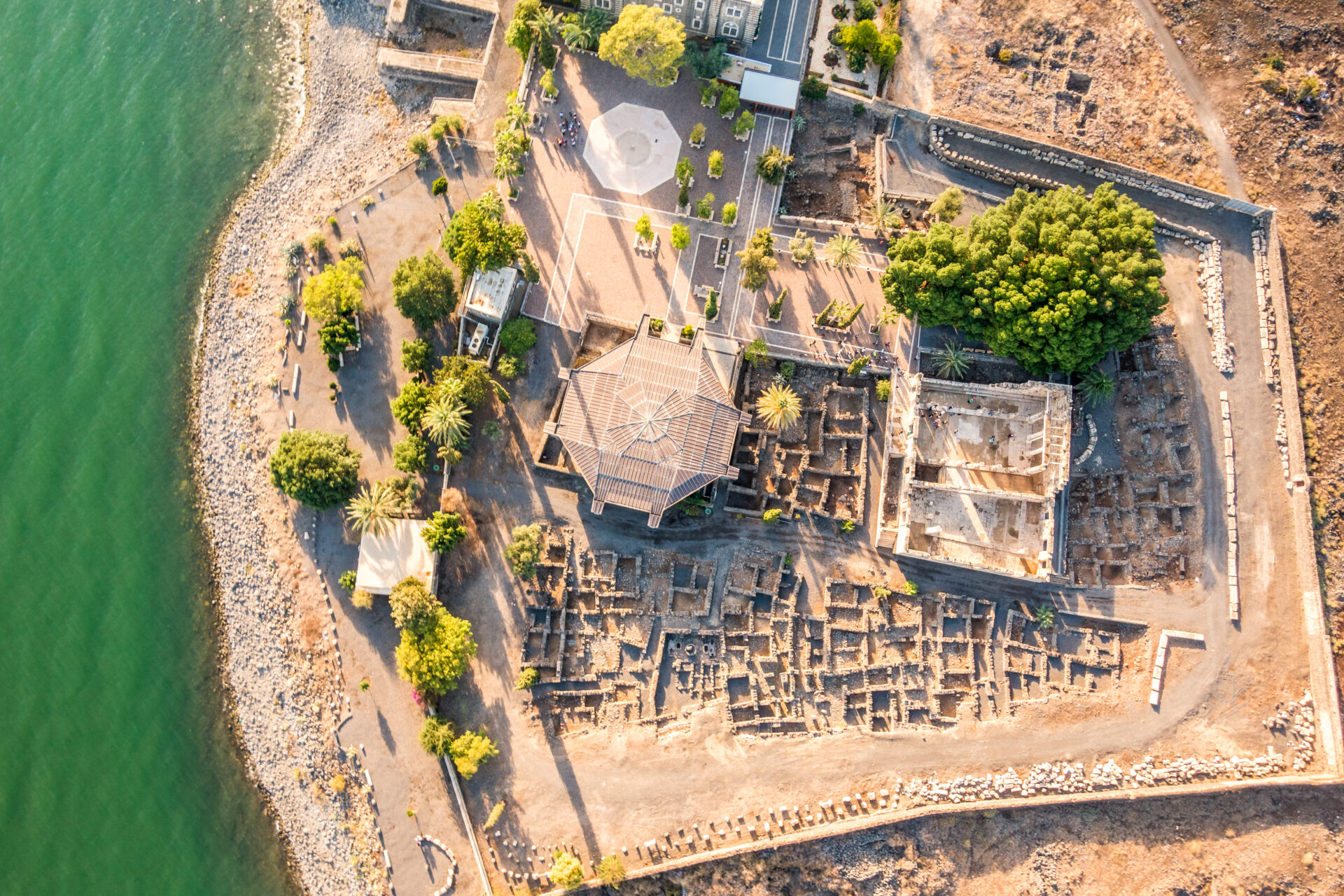 An aerial view of Capernaum on the shores of the Sea of Galilee. Photo by Sopotnicki/Shutterstock.com

A major Christian pilgrimage site, Capernaum is an ancient fishing village where Jesus is believed to have resided during his time in the area and where he performed famous miracles. Today, visitors can enjoy stopping by the house of St. Peter, a Franciscan monastery, a Greek Orthodox church and an ancient synagogue. 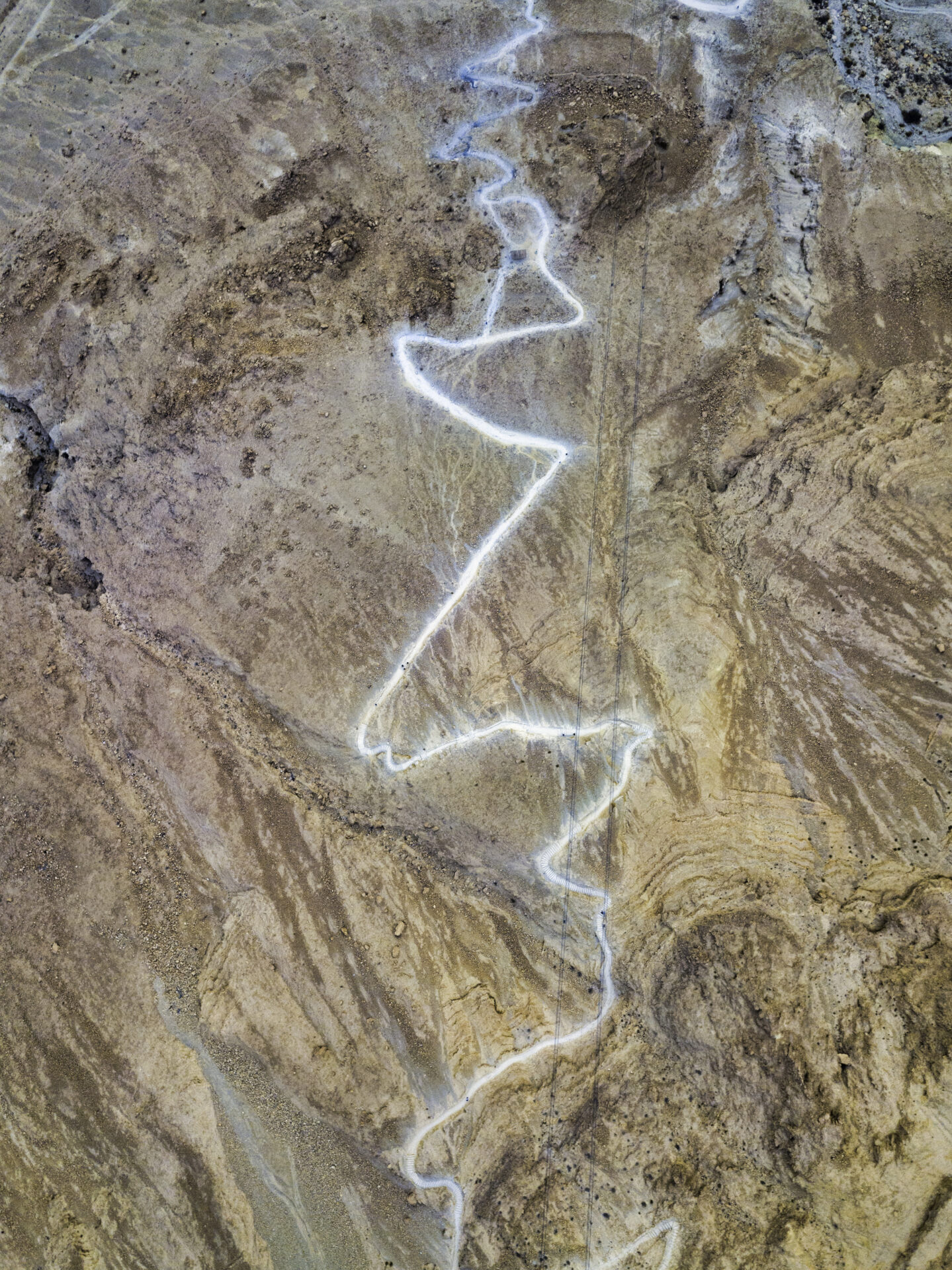 A road zigzags near the Masada in the vicinity of the Dead Sea in the Judean Desert. Photo by Liran Finzi Sokolovski/Shutterstock.com

Think of the Judean Desert, and you’ll probably think of travel highlights such as Masada, the Dead Sea or any number of spectacular hikes in the heat. But an aerial view of the area shows that even its most mundane aspect – roads – looks quite magnificent and extraordinary against the dramatic backdrop. 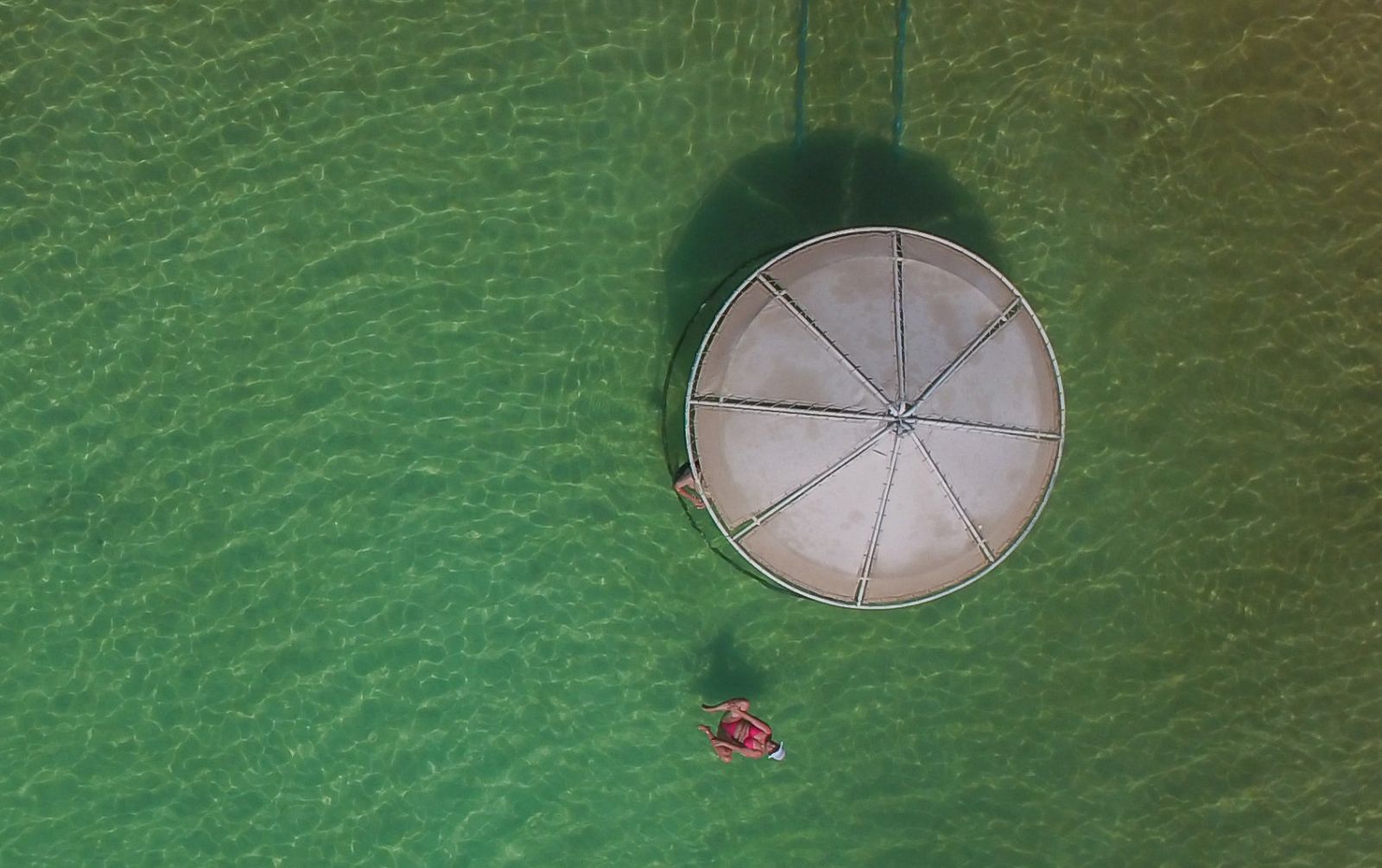 An aerial view of the Dead Sea beaches. Photo by Edi Israel/Flash90

The lowest point on Earth, and perhaps one of its loveliest, too. The Dead Sea is one of Israel’s best-known travel destinations, offering visitors the opportunity to weightlessly float in its oily, salty water and cover themselves with tons of very healthy mineral mud. Sadly, the little sea is growing ever smaller as both climate change and mankind drain its waters, making it all the more important to visit this natural wonder as soon as possible. 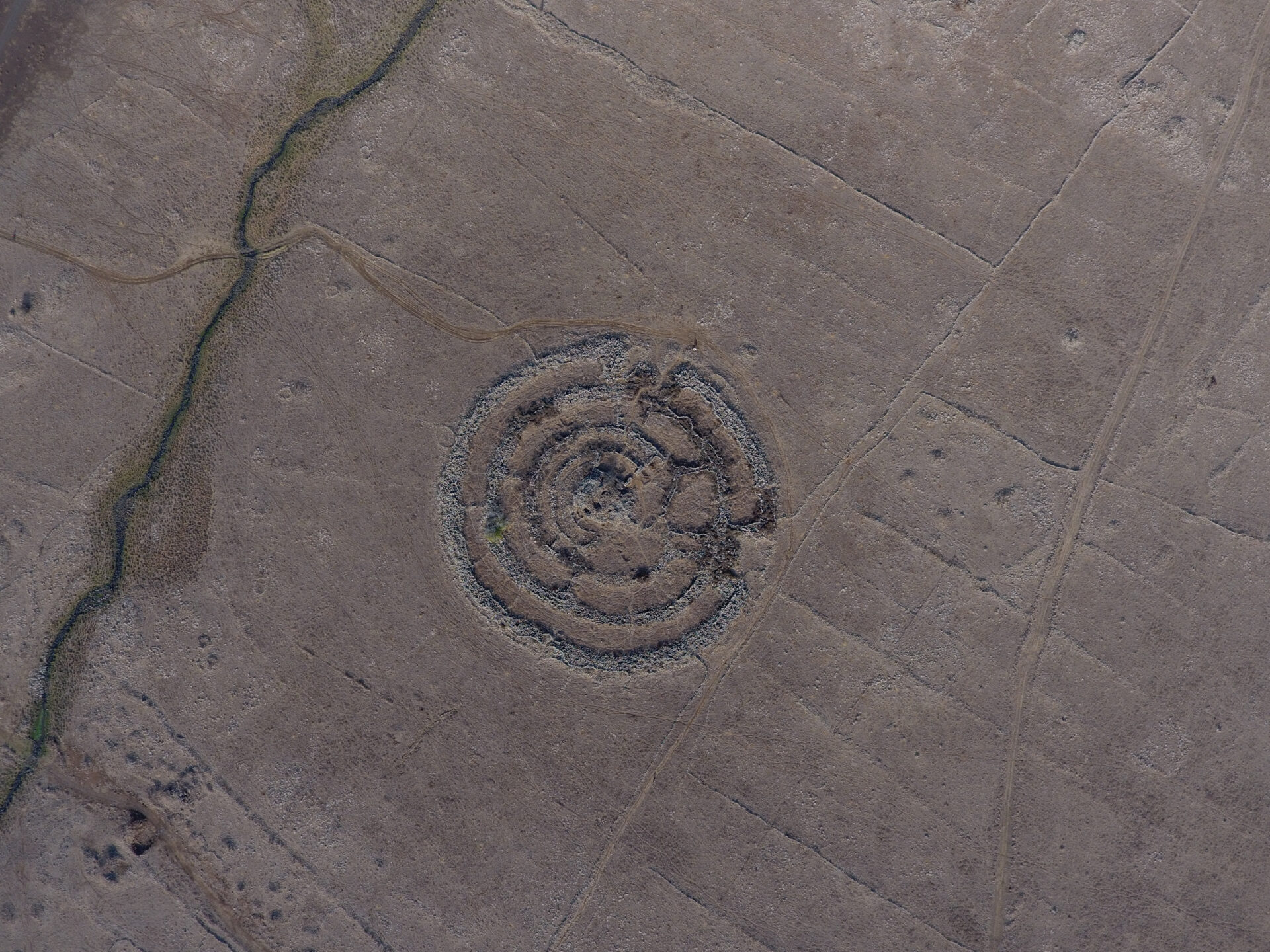 An aerial of view of Galgal Refaim in the Golan Heights in northern Israel. Photo by Samion Buchas/Shutterstock.com

Called “Wheel of Ghosts” in Hebrew and “Wild Cats Stone Heap” in Arabic, Galgal Refaim is Israel’s answer to Stonehenge. Its construction is estimated to have taken place some 6,000 years ago, when approximately 42,000 tons of basalt stone were laid out in four huge, concentric circles. While no one knows for sure what purpose it served, a leading theory is that it was either a cultic center, a burial complex or both. 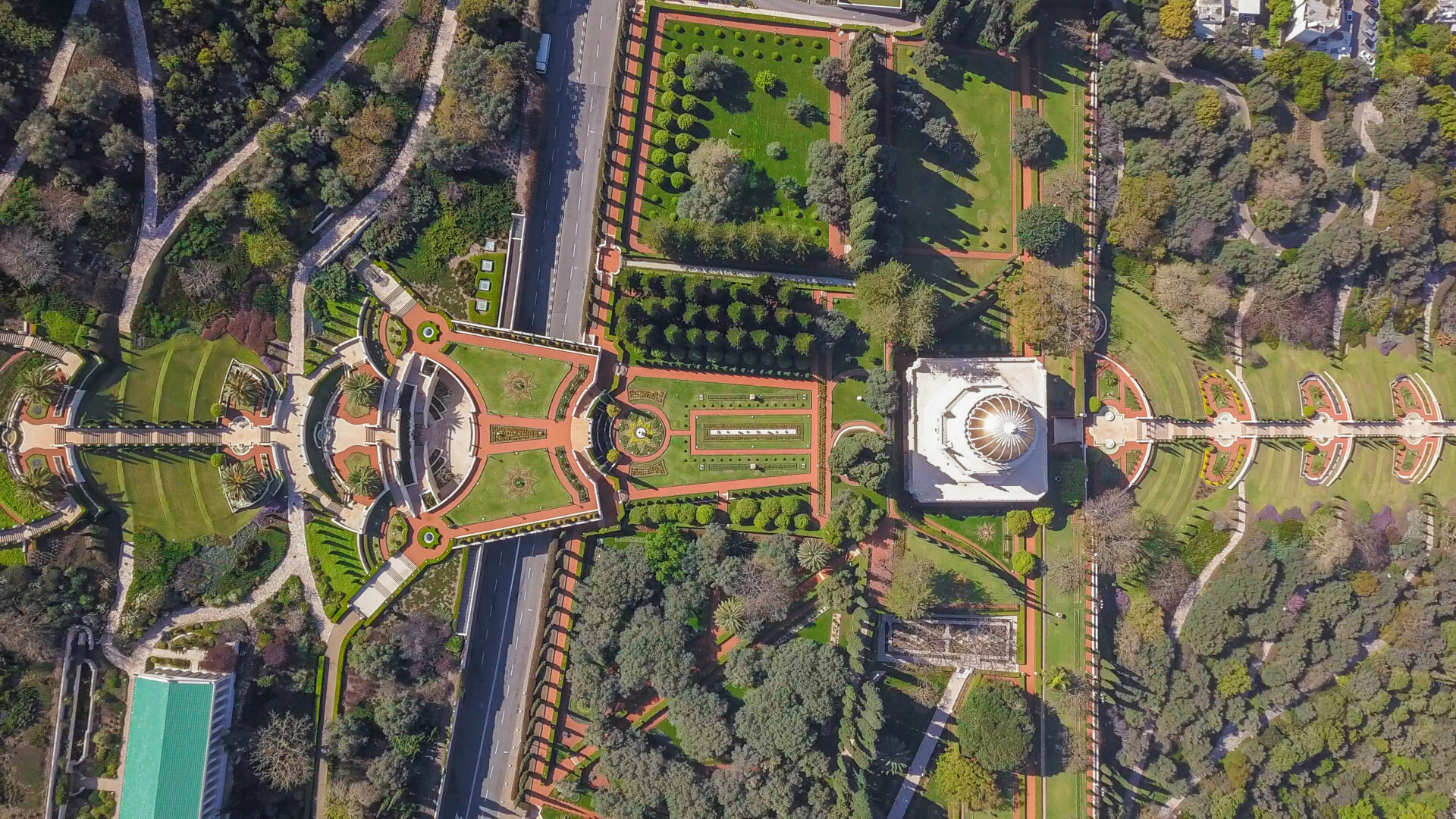 An aerial view of the Bahá’í Gardens in Haifa. Photo by MagioreStock/Shutterstock.com

The Bahá’í Gardens are part of the Bahá’í World Center of the Bahá’í Faith and include the Shrine of the Bab and a staircase of 19 terraces sloping all the way up to the top of Mount Carmel. In corona-free times, the complex is open seven days a week, and visitors can join walk-in tours to learn more about Bahá’í followers, estimated to number between 5 and 8 million people worldwide. 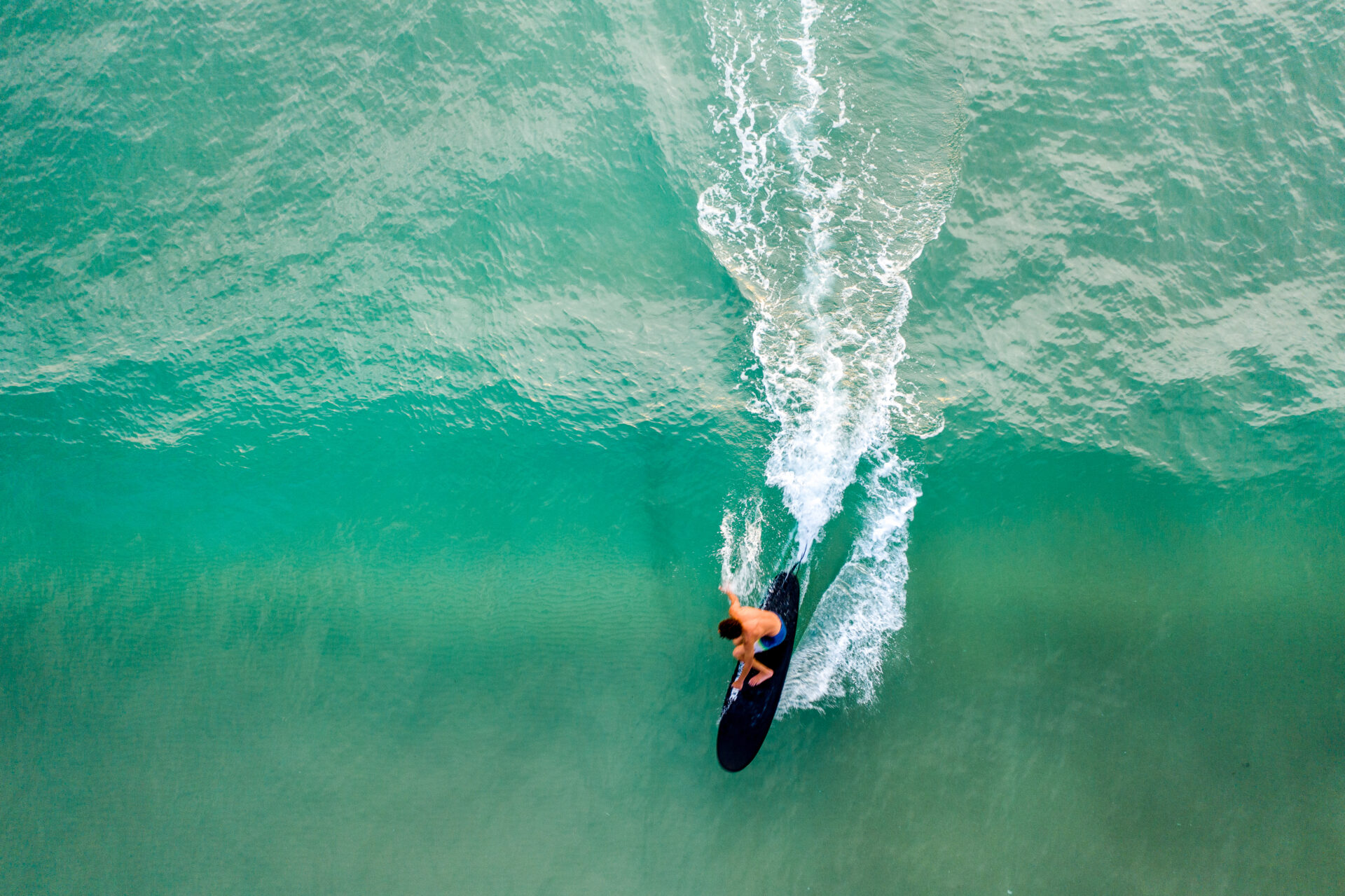 An aerial view of a surfer riding a wave off Dado Beach, Haifa. Photo by Luciano Santandreu/Shutterstock.com

Dado Beach is the most popular beach in the northern city of Haifa. It boasts a lengthy promenade, restaurants, cafés and even an amphitheater. Ever since corona restrictions were eased and Israelis were allowed back in the water, the country’s beaches have been swamped with people out to get a feel of summer. 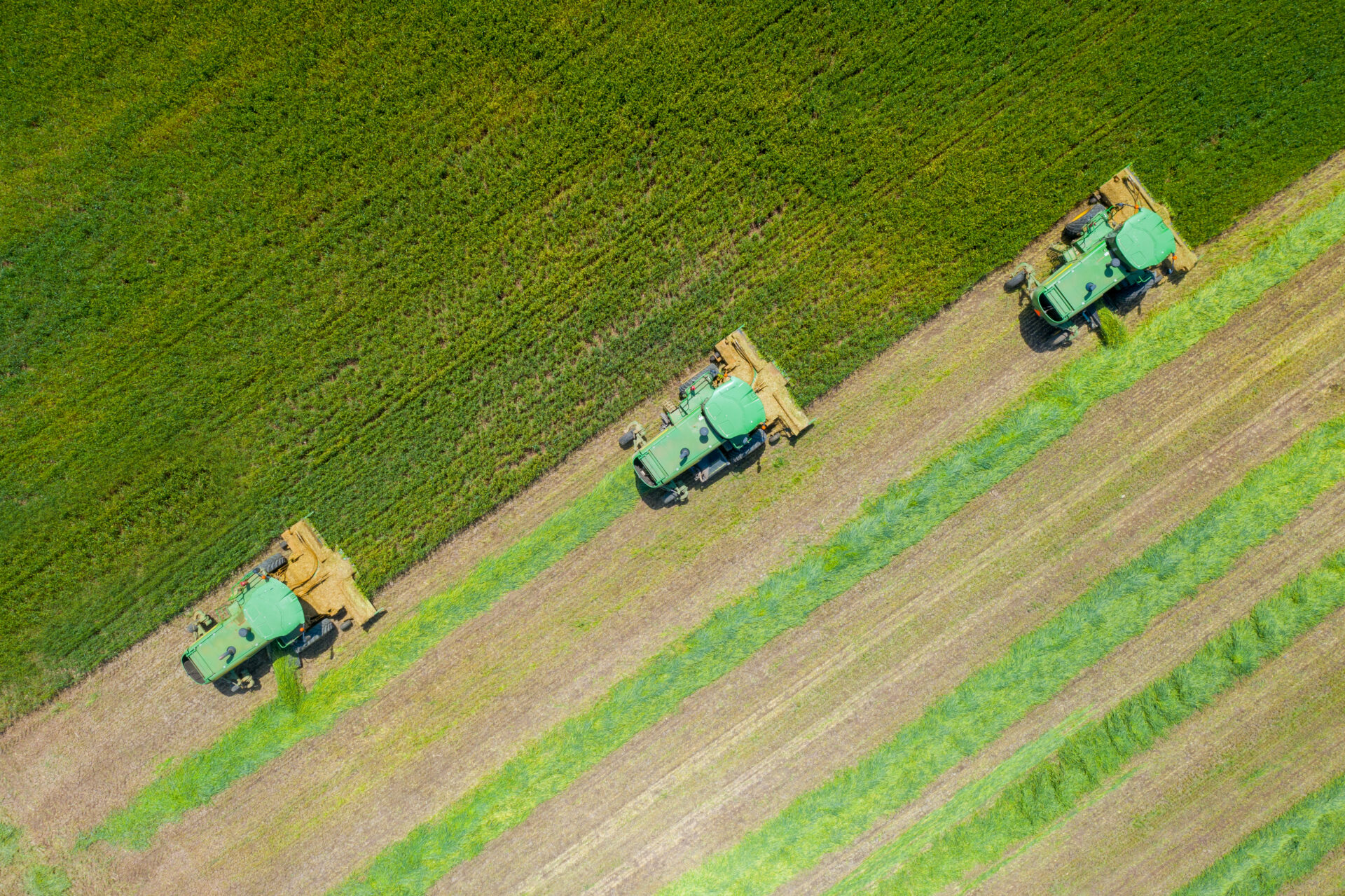 Jezreel Valley is one of Israel’s agricultural and natural gems. Full of green fields, water springs, kibbutzim, little towns and friendly cities, it’s a real favorite travel destination among Israelis. It’s also not that far off – just over an hour’s drive from Tel Aviv, it offers a lovely countryside experience. 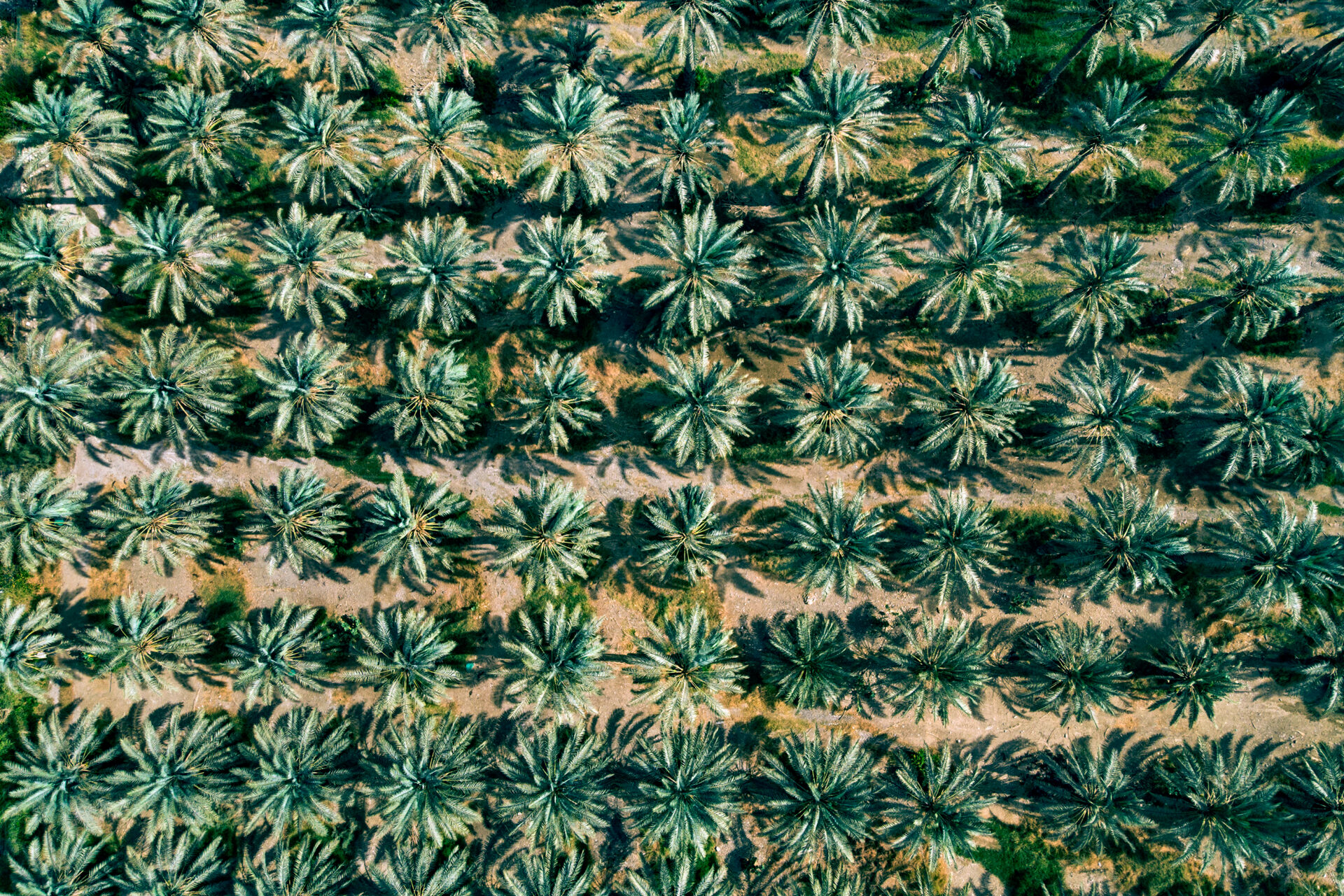 An Arava Desert date palm plantation seen from above. Photo by diy13/Shutterstock.com

Think of the desert, and you’ll likely think of lone sandy dunes. But in Israel, the desert also means dates, peppers and medical weed. The Arava region in the southeast of Israel is a very busy one, agriculturally speaking. The hot and dry conditions there, as well as relatively large expanses of land, make it suitable for crops consumed in Israel and abroad including a whole load of dates. According to the Plants Production and Marketing Board, Israel produces up to 10,000 tons of dates each year, mostly Medjoul. 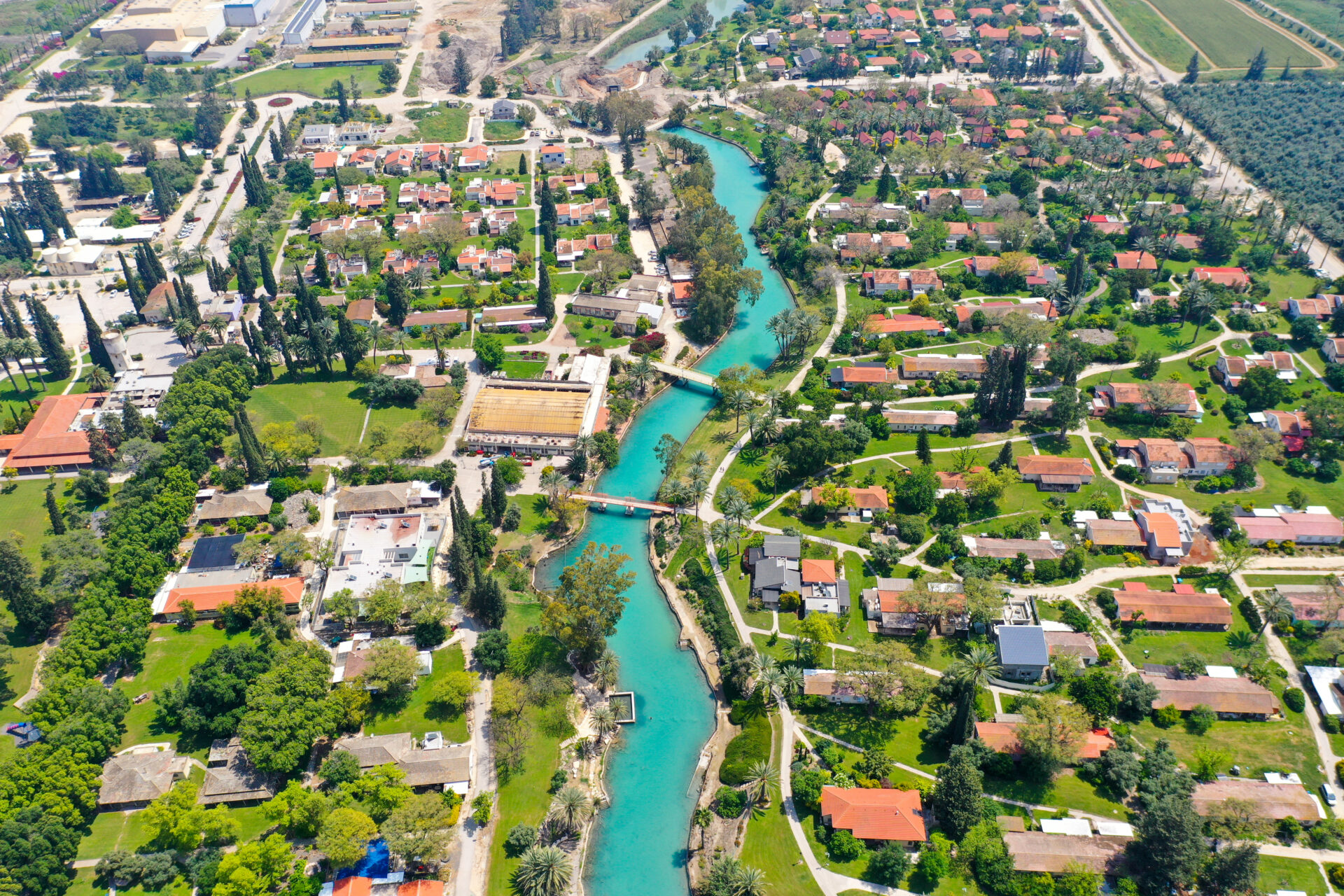 Kibbutz Nir David in the Beit She’an Valley is a historically important kibbutz established back in the 1930s. It’s also one of the loveliest ones – it sits on both banks of the Asi, a stunning, turquoise stream that runs through it. Visitors can rent fishing equipment or just relax on the grass by the water, making it an ideal vacation destination. 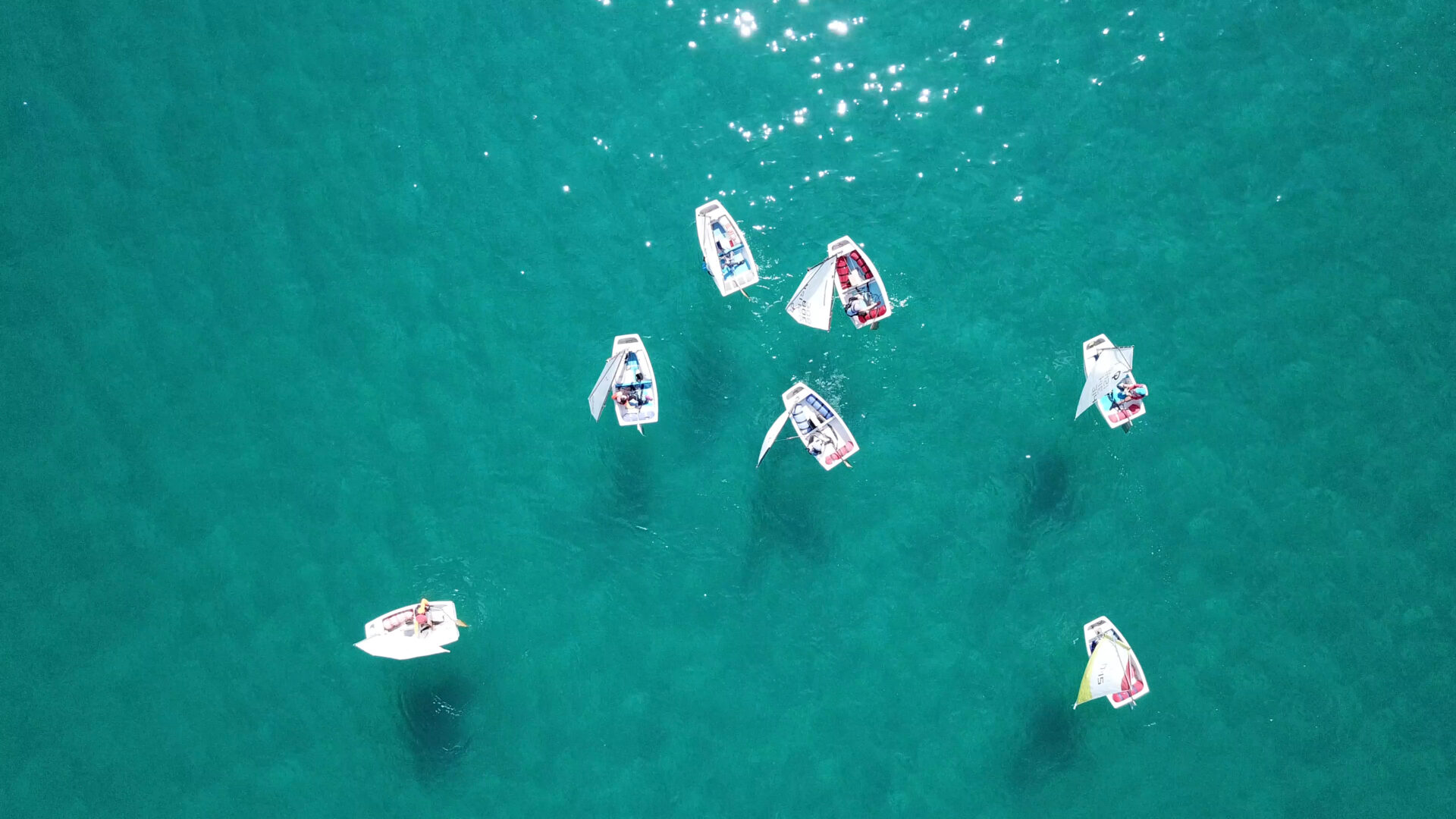 A fleet of small sailboats sails at sea off the coast of Haifa in northern Israel. Photo via ImagineStock/Shutterstock.com

The Mediterranean Sea forms Israel’s entire western border, meaning that a good portion of the country is really never that far away from the water. Which is a good thing, considering that going to the beach is a national pastime. Weekdays, weekends, mornings, evenings and even in the middle of the night – all these are perfectly acceptable times to pop over and feel the breeze. 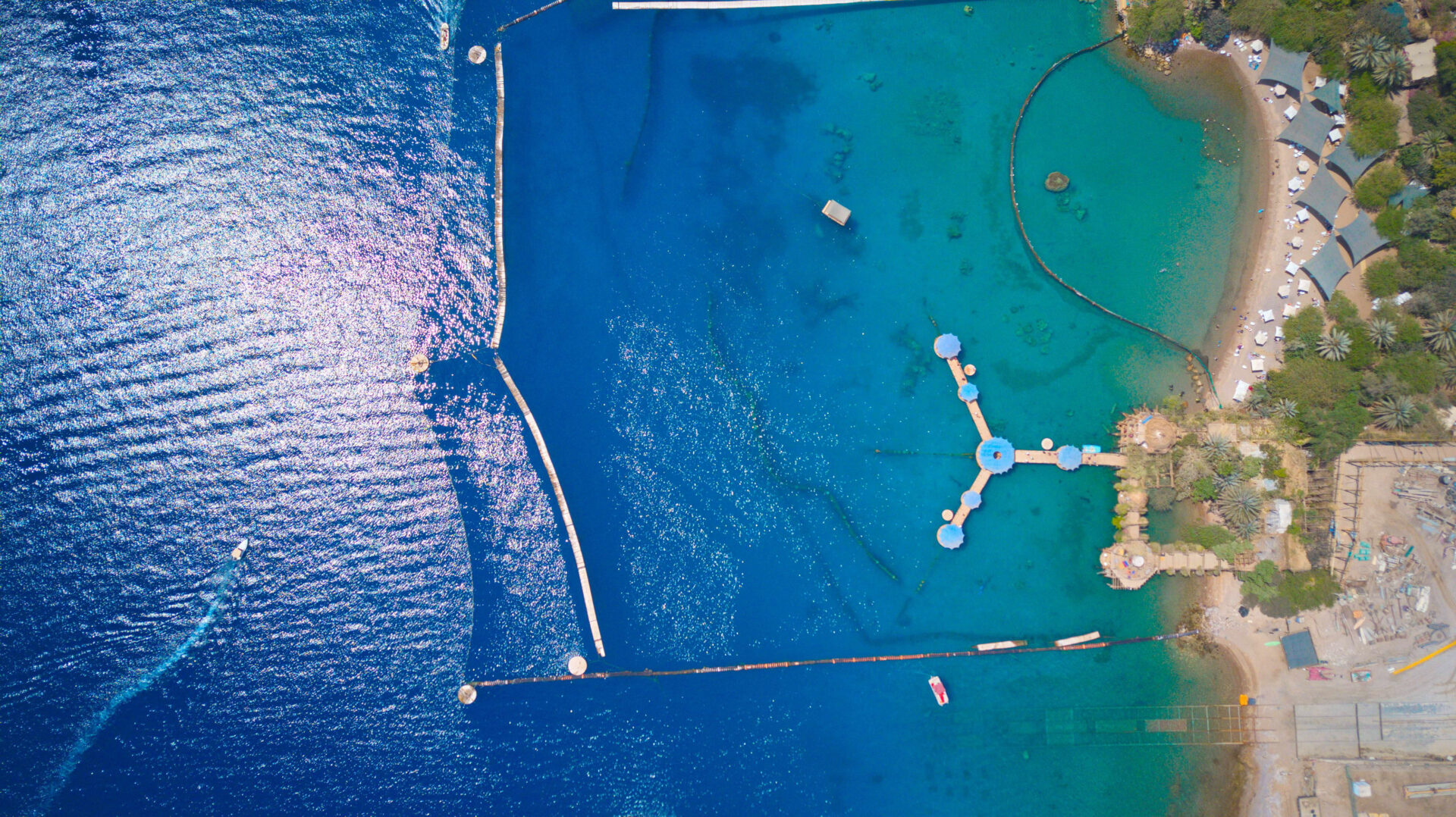 An aerial view of the Red Sea in the southern Israeli city of Eilat. (Menachem Lederman/Flash90)

Located at the very southern tip of Israel in Eilat, the Red Sea is one of Israel’s three seas, together with the Mediterranean and the Dead Sea, and a personal favorite of many in the country. Home to beautiful underwater wildlife, most notably coral reefs, the Red Sea’s super-clear waters maintain a constant temperature all year round, making it an optimal diving destination. 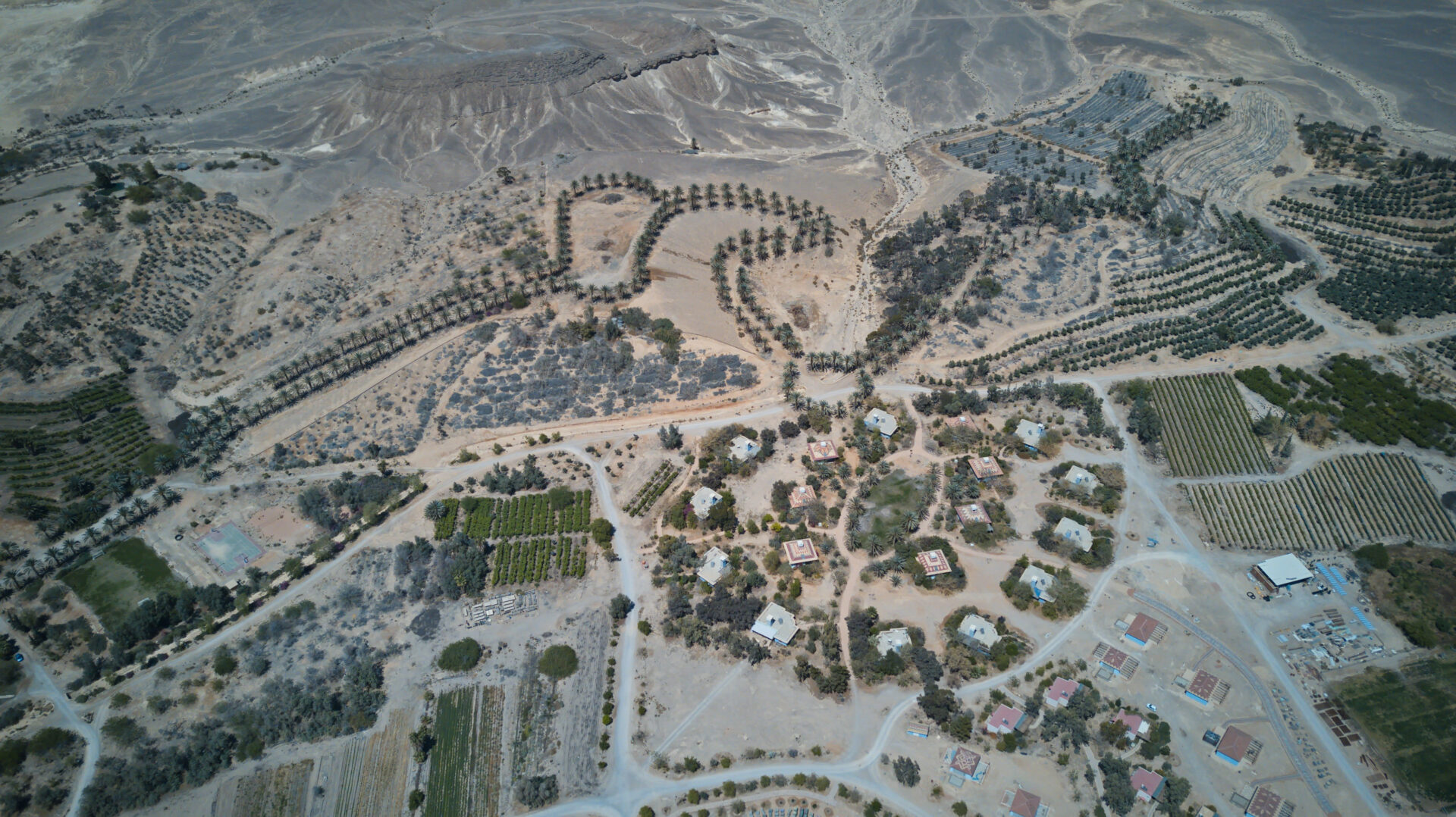 An aerial view of the Arts Center in Kibbutz Neot Smadar in the Arava Desert. (Menachem Lederman/Flash90)

Kibbutz Neot Smadar in the Arava is somewhat of a desert mystery. Established in 1989 by a group of artistic friends, the community has since become a cultural hotspot in the southern desert known for its unusual architecture, organic farming and delicious dates. And yet, its secluded location and alternative way of life have made it rather inaccessible to outsiders, bar the volunteers who spend periods of time on the kibbutz. If you don’t mind extreme heat and absolute silence in the communal dining room, you might want to explore giving a hand here next time you’re in Israel.