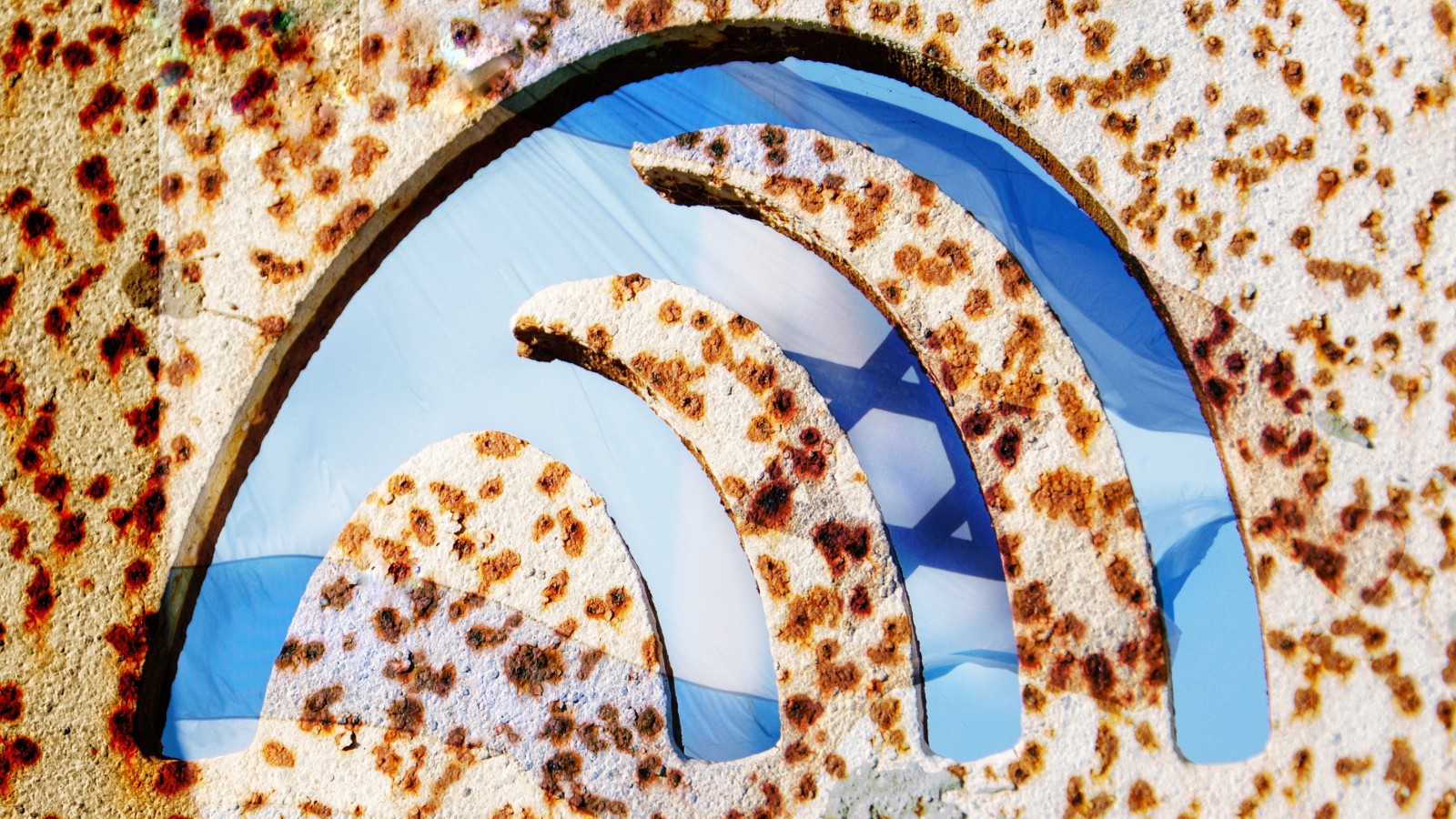 Hadar Epstein took this photo of the flag at Ammunition Hill through the rusted metal of an artifact on the site. Photo courtesy of Ammunition Hill Heritage Center
#NatureManSteel

Photographers explore how three elements – nature, man and steel – are bonded together on a scenic hilltop where a key Six-Day War battle was fought.

During the Six-Day War in June 1967, 36 Israeli soldiers and 71 Jordanian soldiers fell in a fierce and pivotal battle on Ammunition Hill in northern Jerusalem.

The hill was preserved as a national heritage center and memorial site. Each year it hosts thousands of visitors.

During the pandemic, however, the site lay dormant. And something amazing happened.

“Nature, uninterrupted by tens of thousands of feet for 10 months, rose up like a waking giant and reconquered the hill,” says Alon Wald, director of operations at Ammunition Hill.

“But this time, there is no losing side.” 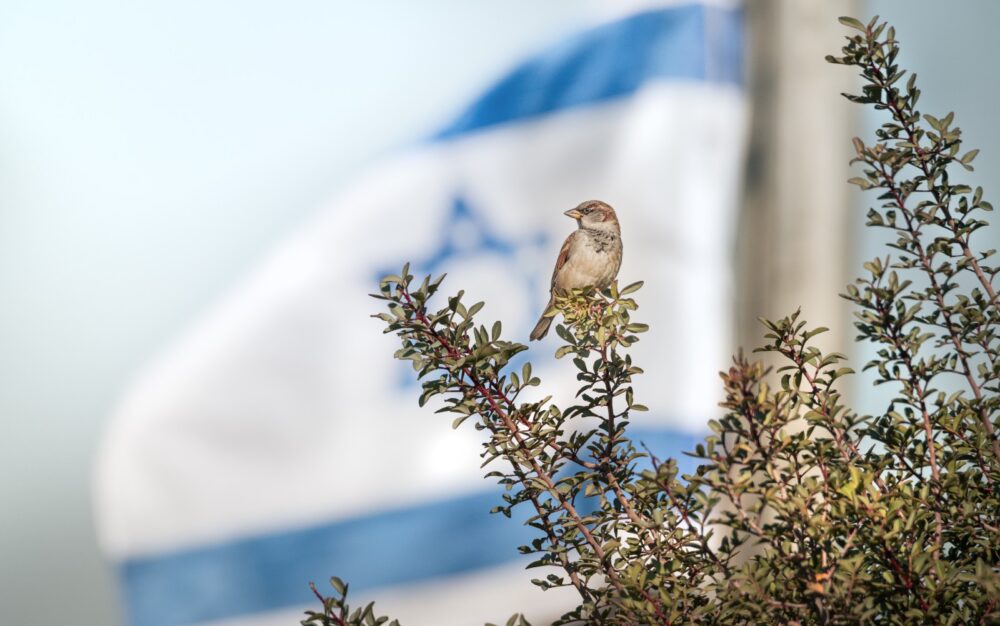 Observing the unprecedented burst of wildflowers and birds across the 15-acre site, Wald was inspired to post a message on photography social-media groups.

“I sent out a call to anyone who has a good heart and a good lens and loves Jerusalem that if you want to come, I’ll open the site for you,” he tells ISRAEL21c. 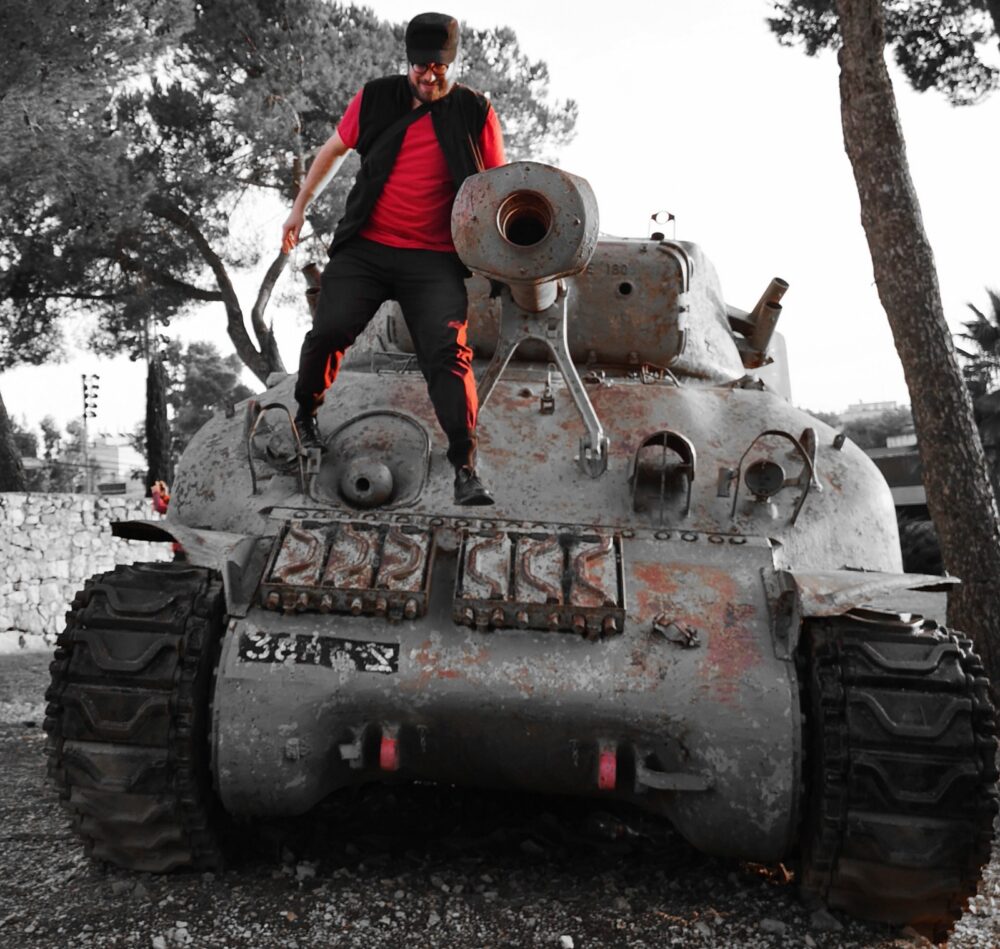 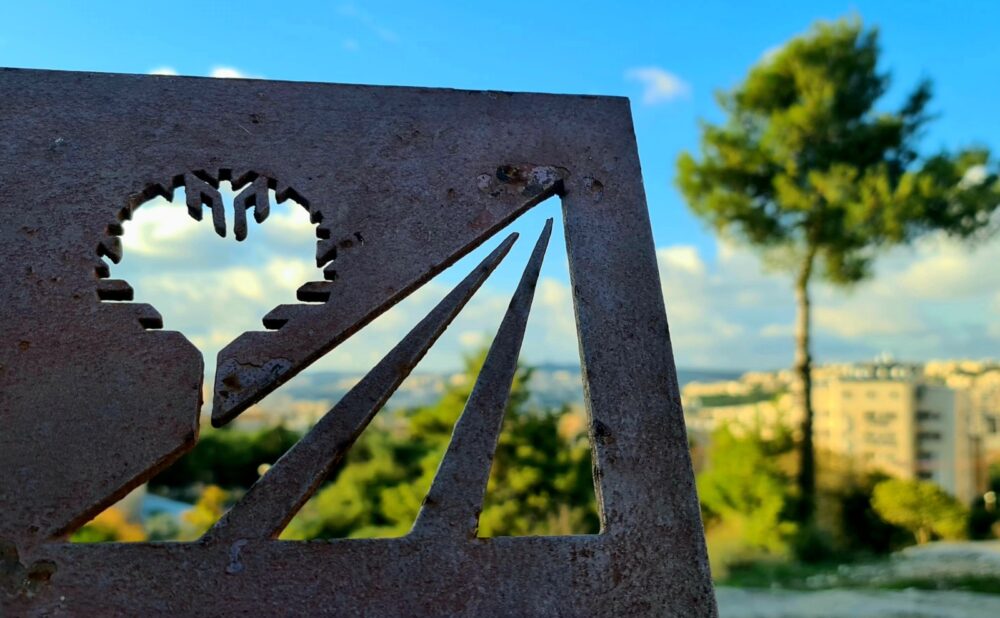 From across Israel, 32 talented photographers responded to Wald’s call.

Here you can see 16 of the resulting nearly 200 images. Click here to peruse all of them on a website created in cooperation with Jewish National Fund-USA and StandWithUs. 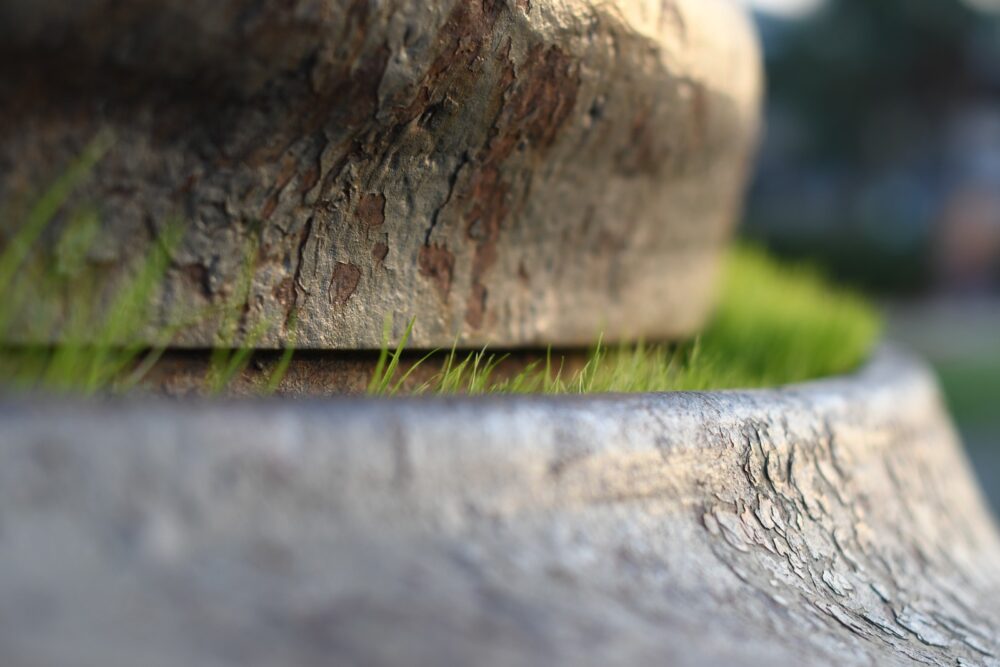 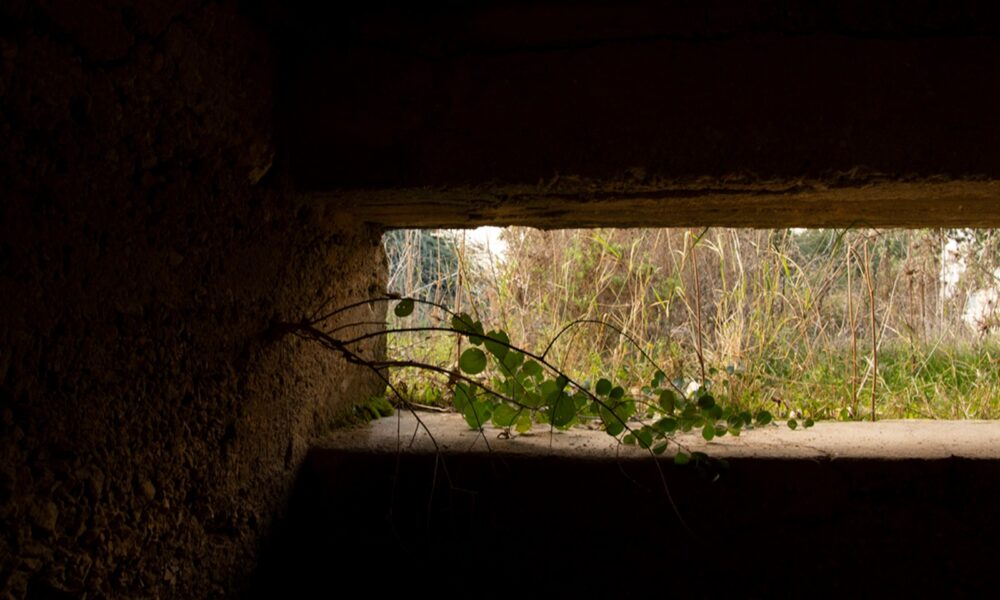 You can vote (through the end of January) on which ones will be printed, enlarged and exhibited at Ammunition Hill.

Most of the photographers requested to come at dawn. Wald, who lives an hour away in Rehovot, willingly left home at 5 in the morning for about a week to open Ammunition Hill to small groups of photographers at a time. 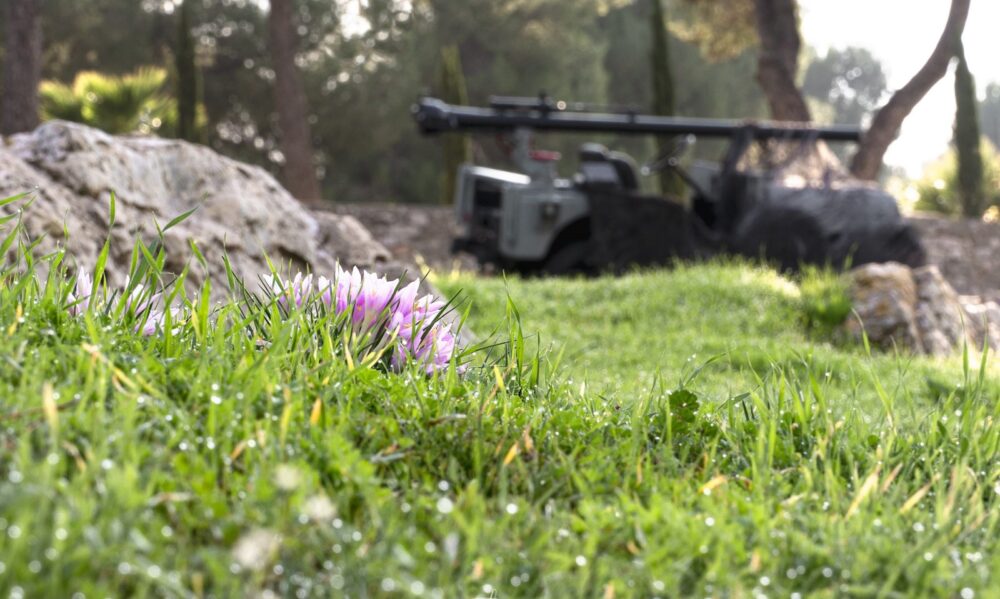 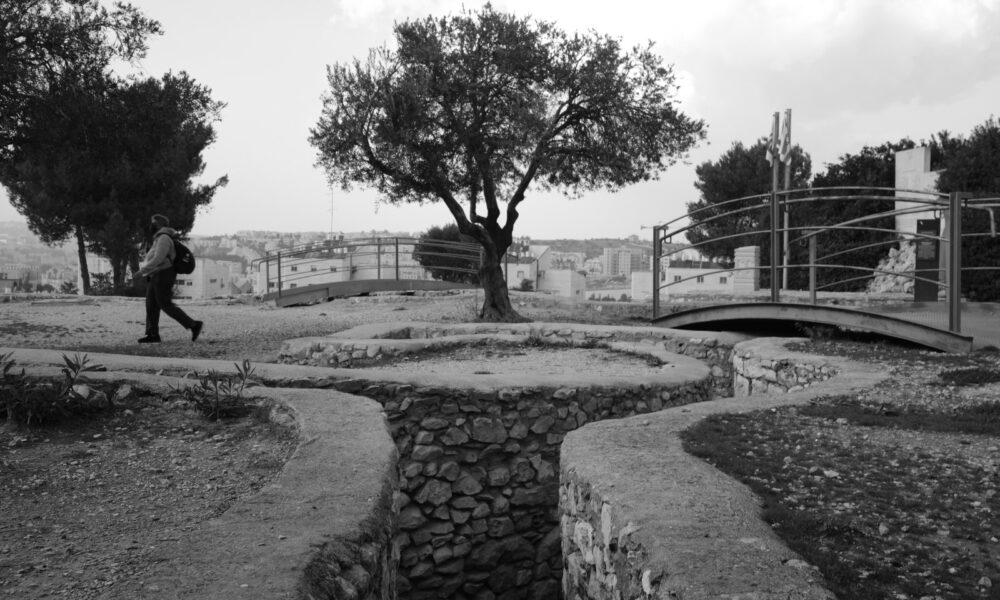 “Some asked to come back again at sundown, and I said, ‘By all means.’ I wanted them to show Ammunition Hill as it was never seen before: The combination of nature, man and steel bonded together forever.” 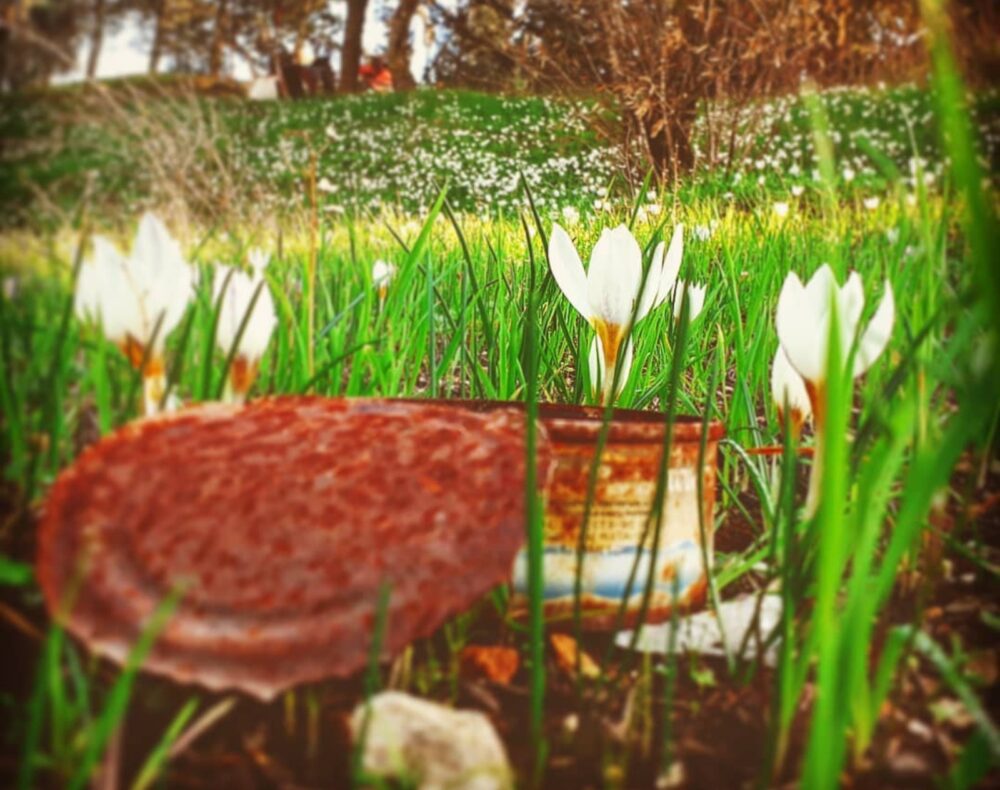 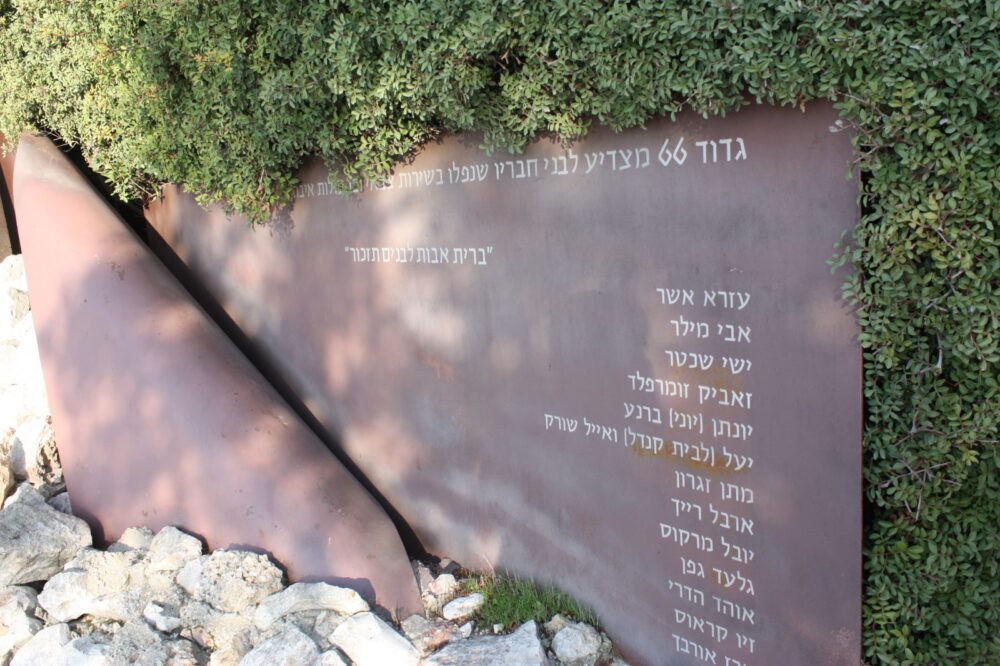 Tour guide Natan Adler took this picture of the sun-dappled memorial to members of the 66th Brigade killed in a Six-Day War battle in the Old City. Photo courtesy of Ammunition Hill Heritage Center

Wald’s father, Captain Rami Wald, was one of the paratroopers killed in that battle, in an area of the hill dubbed the Triangle of Death.

“Now the Triangle of Death is all green and full of flowers,” says Wald, who was 10 months old when his father was struck down. 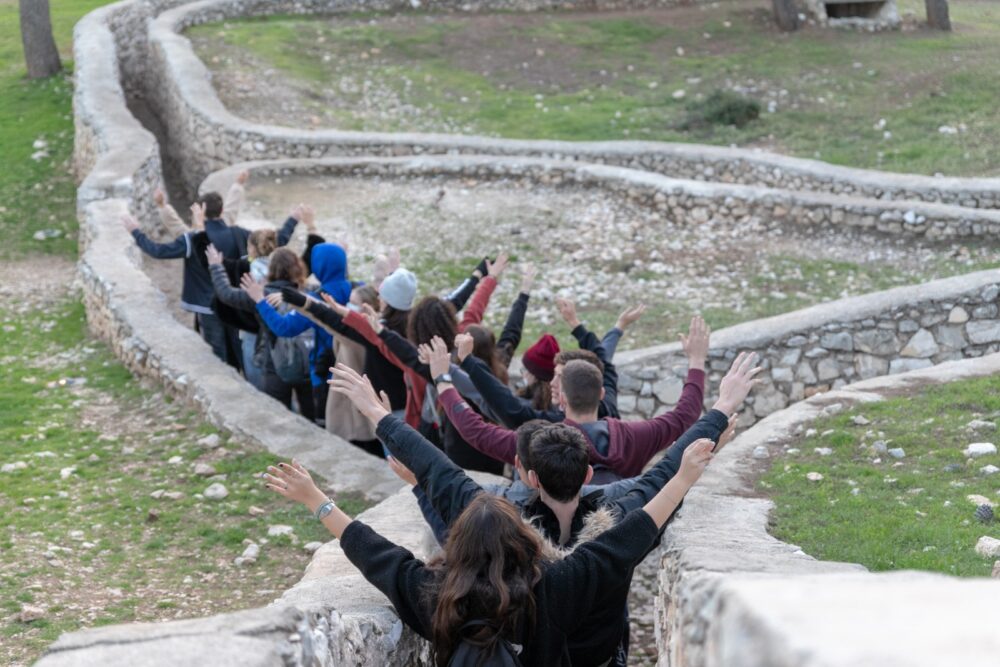 “This beautifully symbolizes my message — my mother’s message to me — that life carries on. We are saying through the lens that life goes on in a place that symbolizes sacrifice and war.”

Photographer Shani Naki dedicated one of her images to Wald’s personal story. She asked him for a red paratrooper beret. She set it on a rock alongside a baby toy and a photo of Rami holding Alon before heading to the fateful battle. 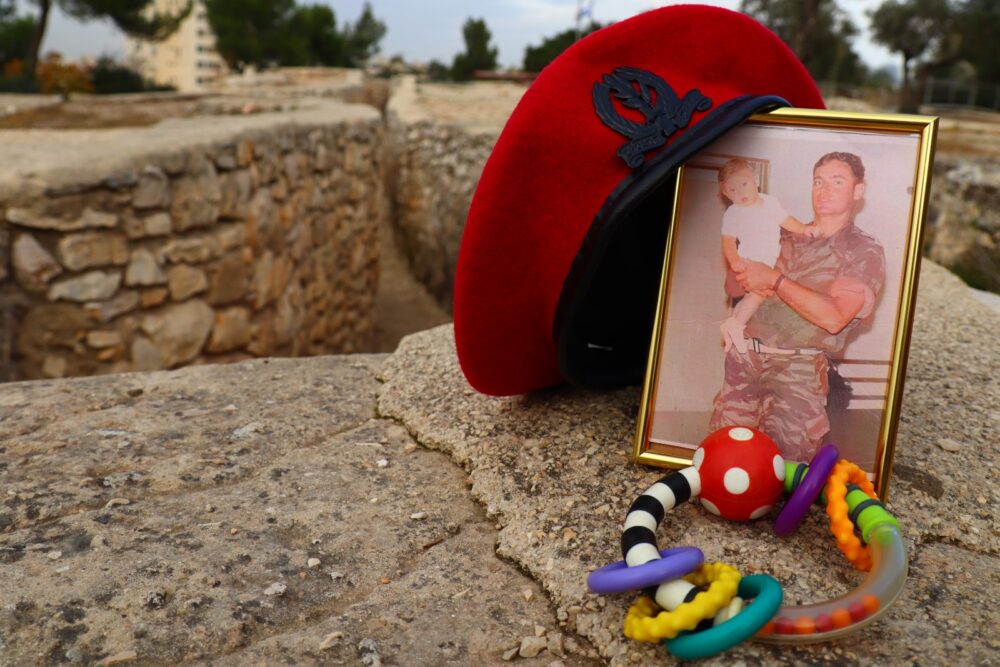 Another of the photographers, Danni Gal, hadn’t fought on Ammunition Hill but was one of the liberators of Jerusalem in the Six-Day War. 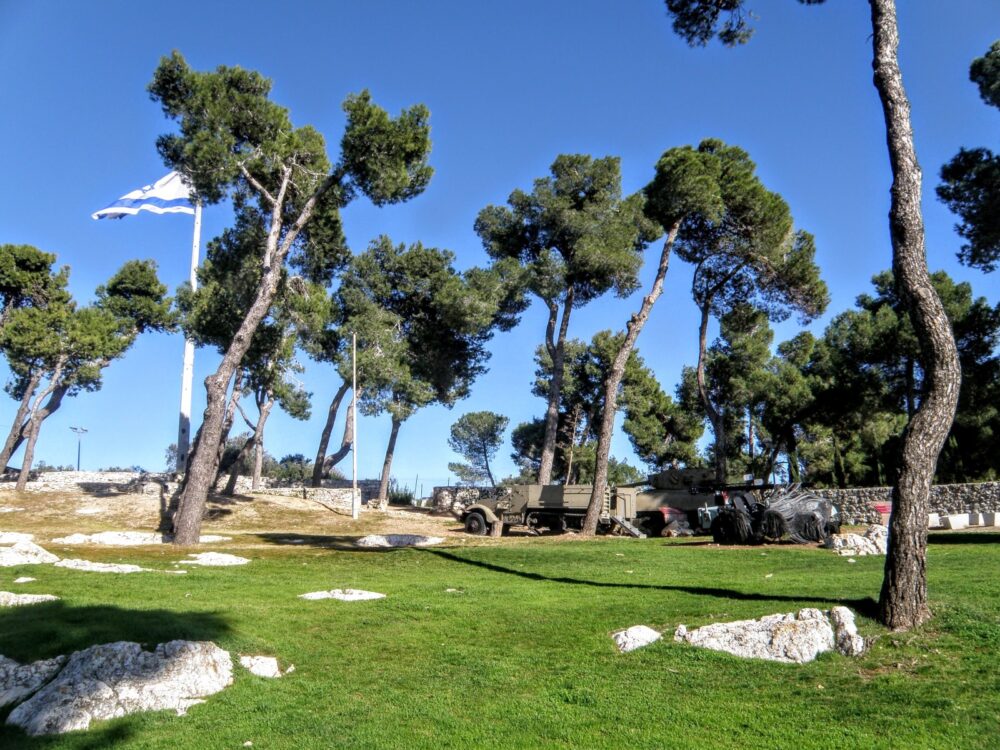 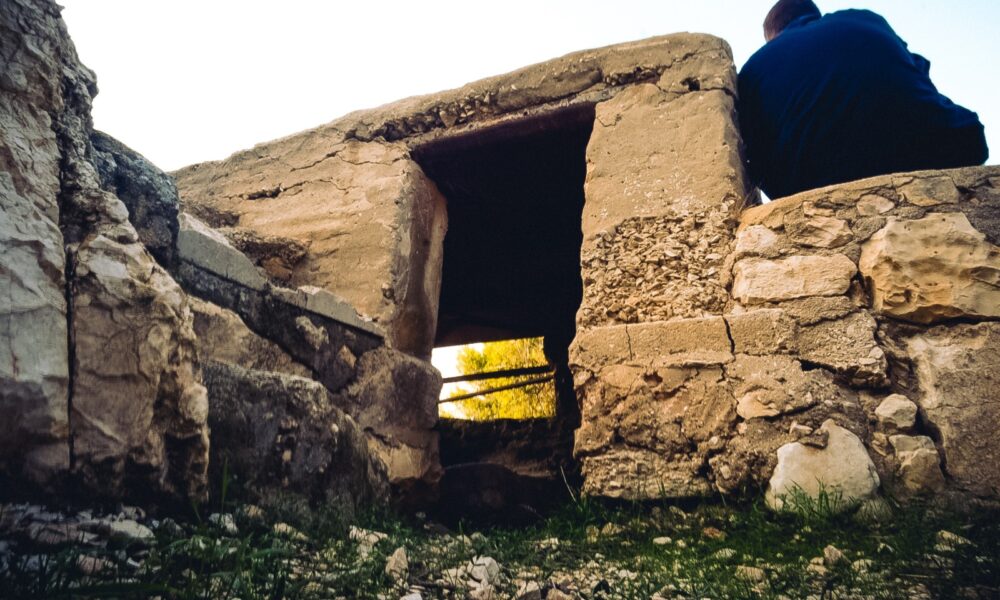 Wald says all the photos “surprised and moved us.”

He anticipates that the actual site – at least its core, the outdoor part – will soon reopen to the public. 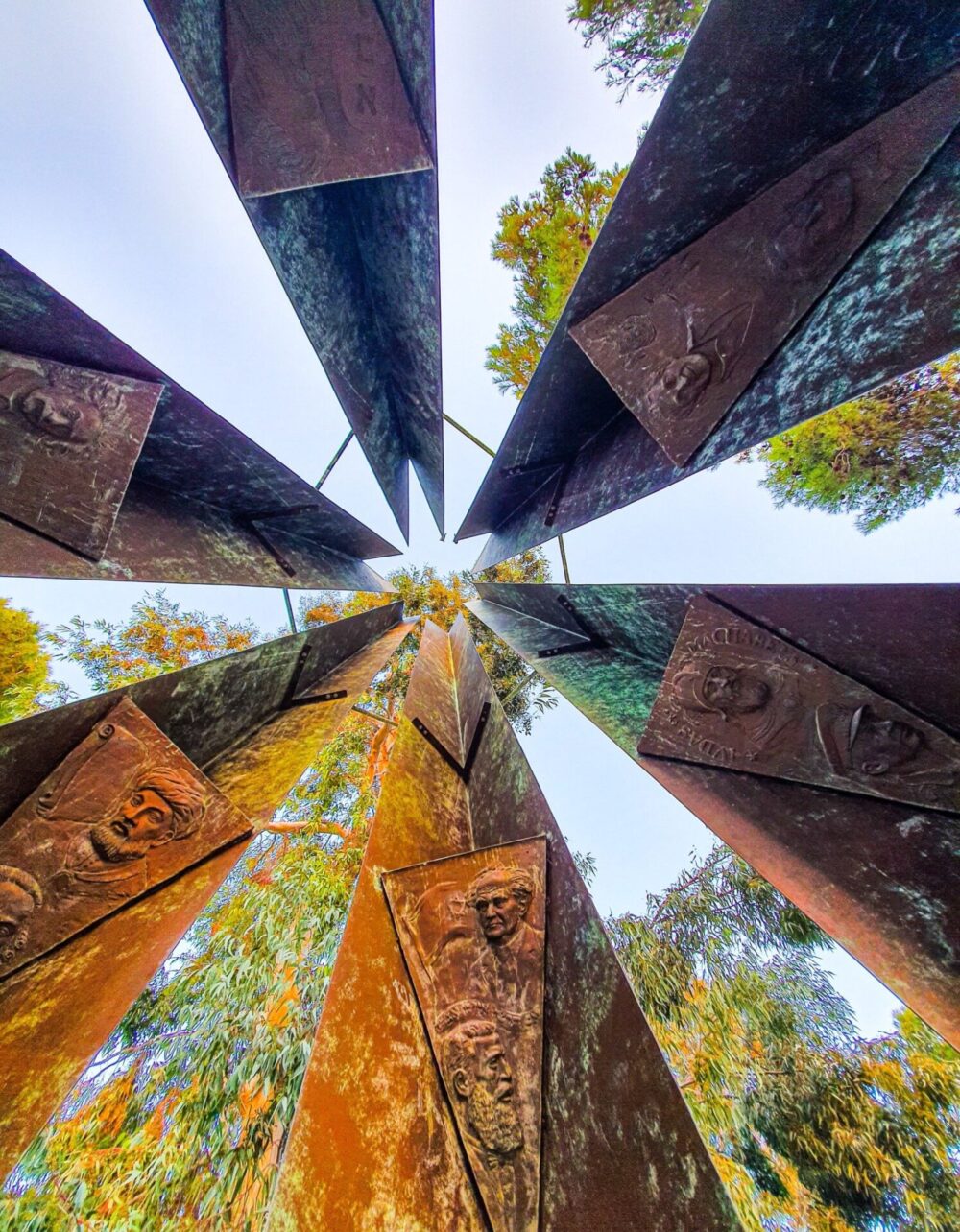