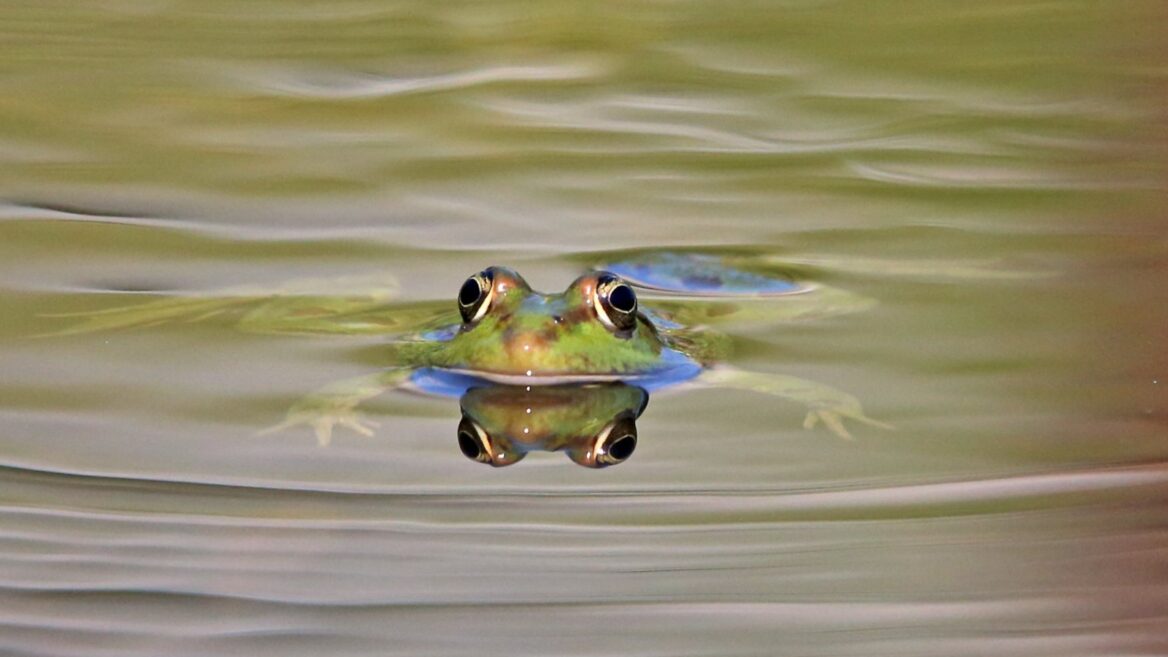 A Levant water frog enjoying a swim in Jerusalem. Photo by Haim Shohat

At every dental checkup, Dr. Haim Shohat looks at my latest X-rays and then opens his iPhone to show me his latest wildlife photos. He could easily examine my molars while I’m gaping at them, because these pictures are truly jaw-dropping.

Now I’m sharing some of Shohat’s images with ISRAEL21c readers. No lead apron necessary! Just sit back and enjoy the awesomeness of nature through the lens of this Israeli dentist. 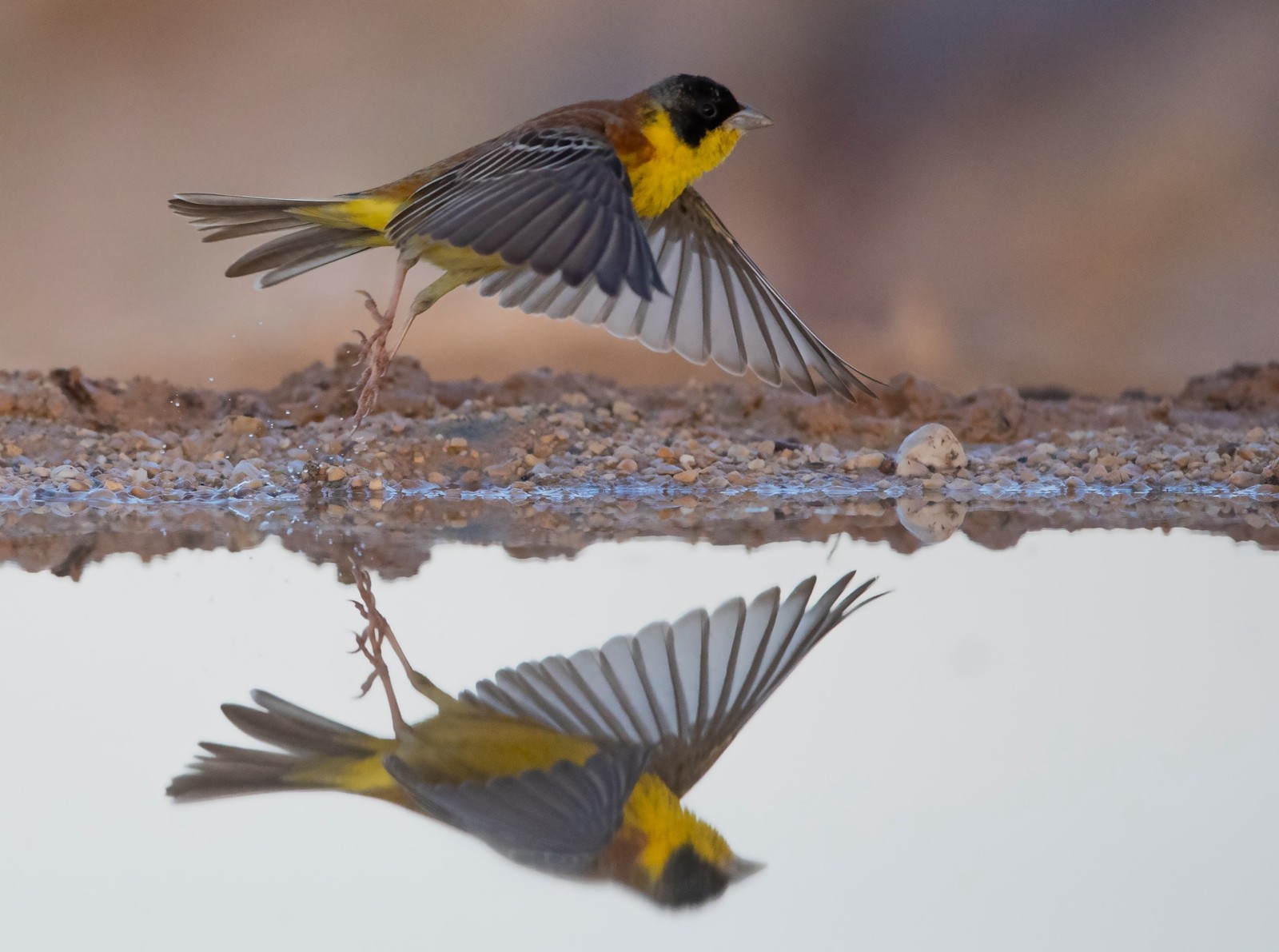 A black-headed bunting in the Golan Heights. Photo by Haim Shohat 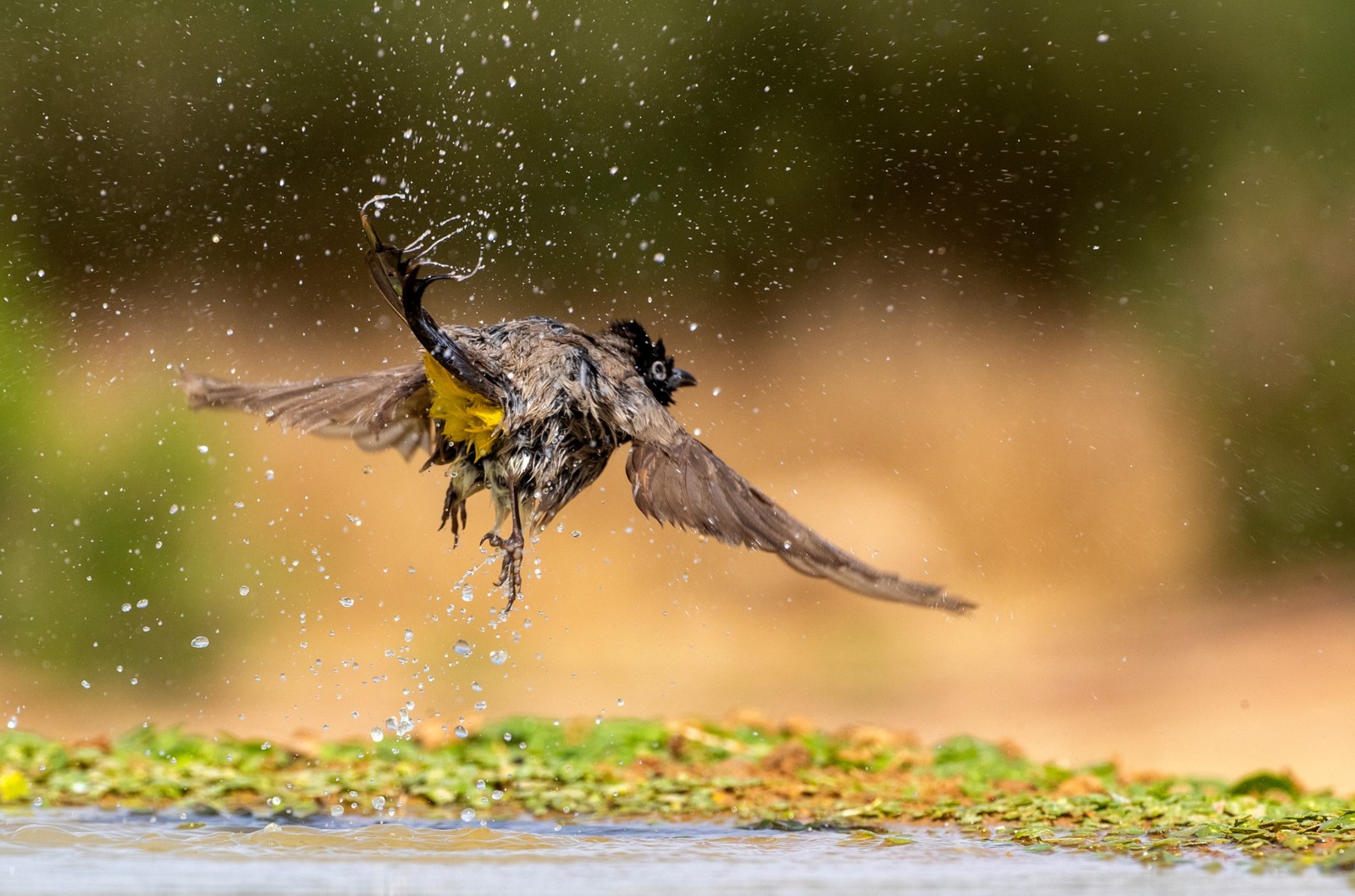 A white-spectacled bulbul in the Negev. Photo by Haim Shohat

On two stays with the Maasai Tribe in Kenya — in 2014 and 2019 — Shohat photographed vultures, hyenas, lions, zebras, leopards, hippos, wildebeests, baboons and giraffes on a nearby reserve. A lioness and her cub at the Maasai Mara National Reserve in Narok County, Kenya, April 19, 2019. Photo by Haim Shohat

The rest of the pictures shown here were shot in Israel during Shohat’s Friday photography jaunts down south to Ezuz and Mashabei Sadeh in the Negev, and up north to Agamon Hula in the Upper Galilee and Gamla in the Golan Heights. He goes with a friend, a carpenter by trade, whom he met on his first Tanzania trip. 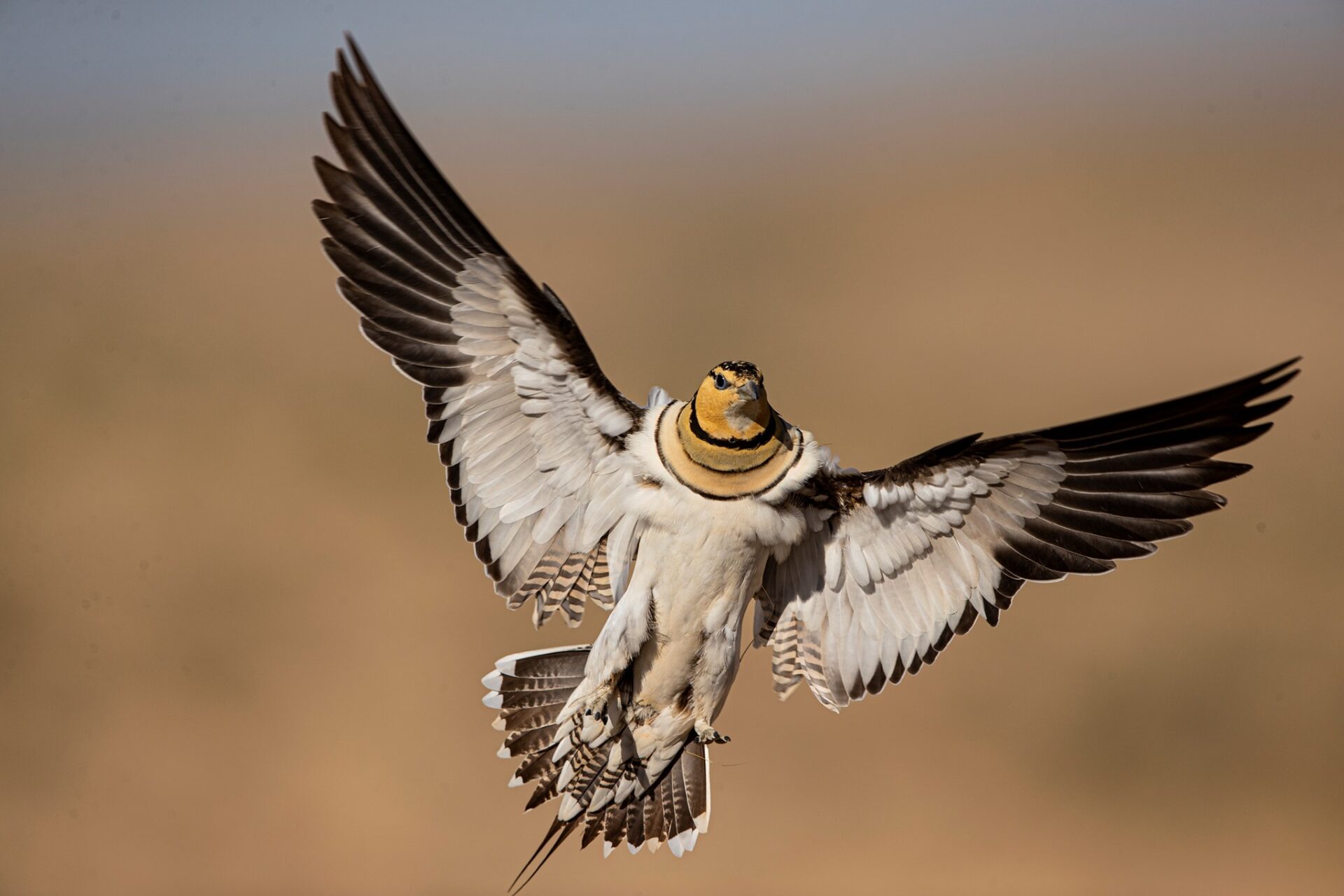 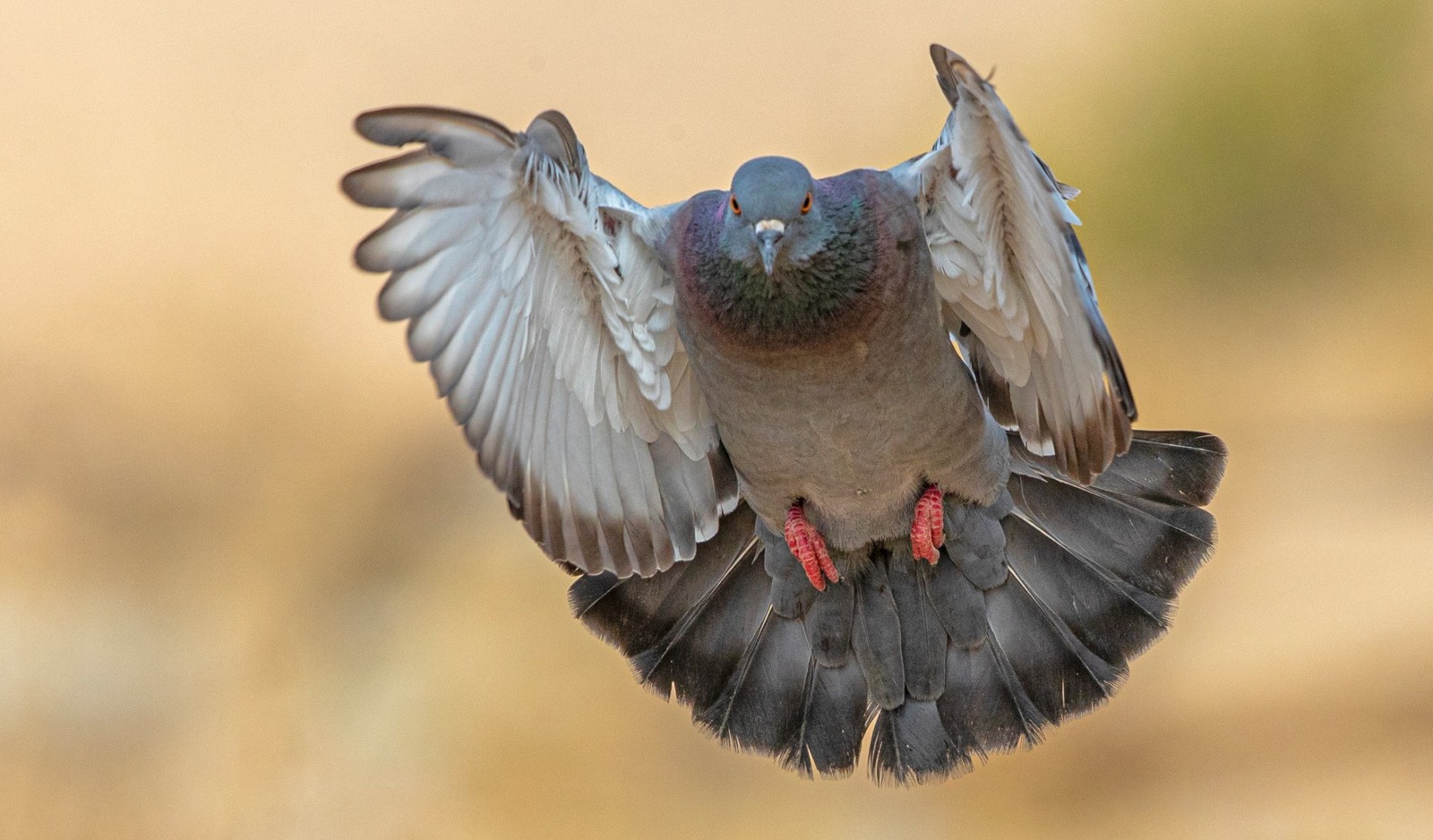 A rock dove in flight in Ezuz. Photo by Haim Shohat 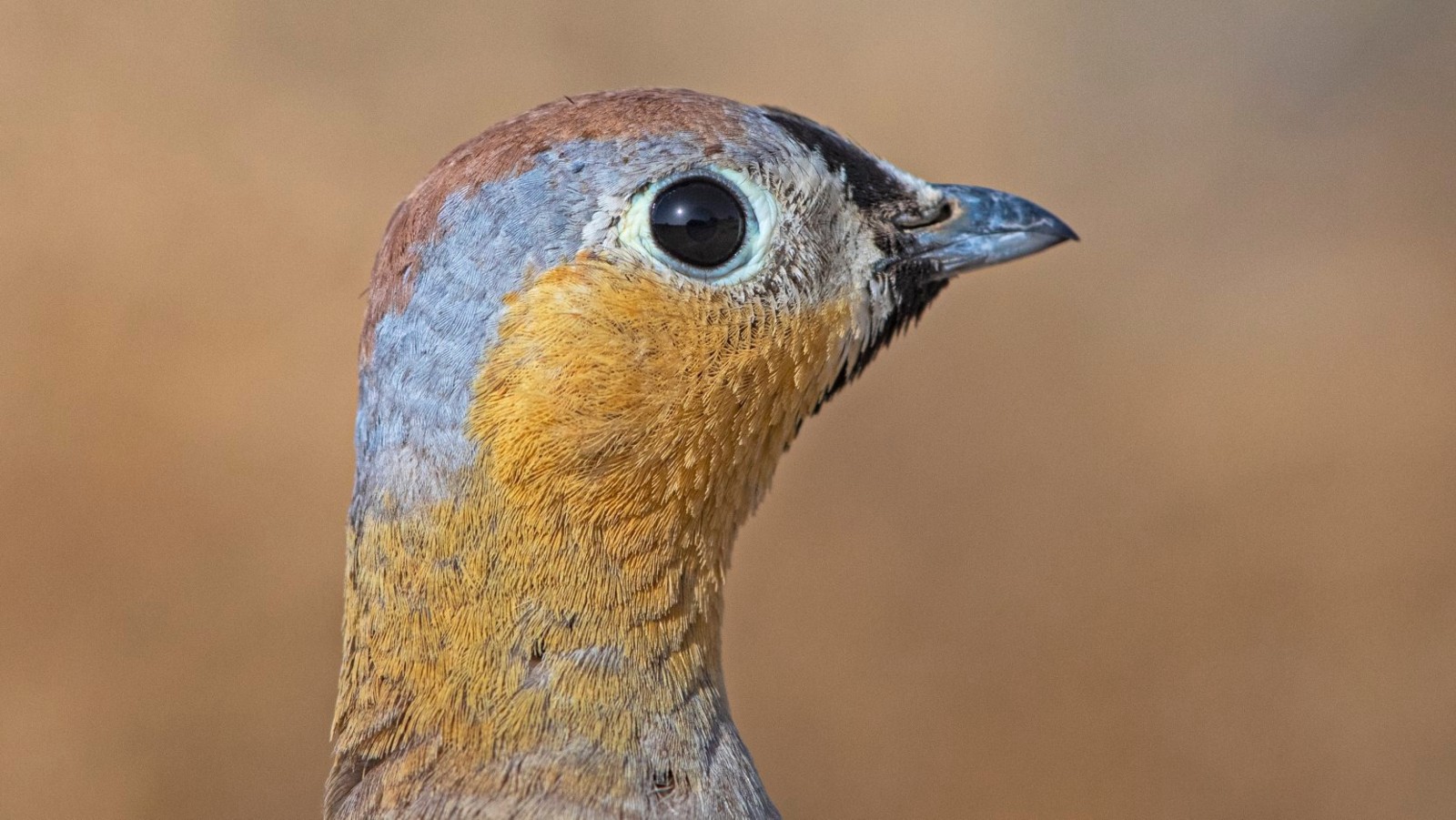 A crowned sandgrouse in Israel. Photo by Haim Shohat

Many of Shohat’s photos depict birds.

“I don’t come to take pictures of birds specifically, but it’s easier to see birds than mammals,” he explains. “Recently I was able to photograph a hare and a jackal within one hour. That was unusual.” 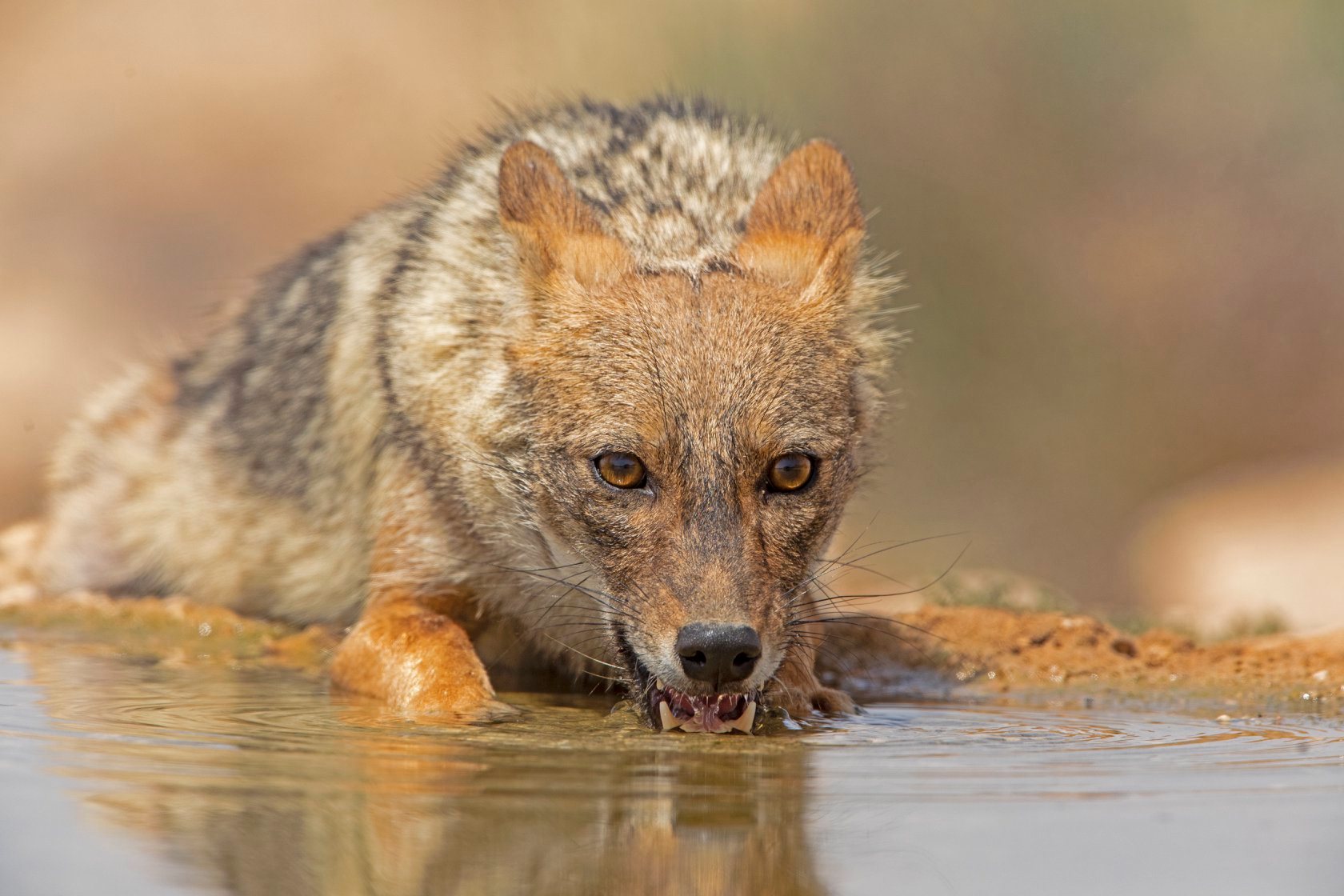 A jackal in Ezuz. Photo by Haim Shohat 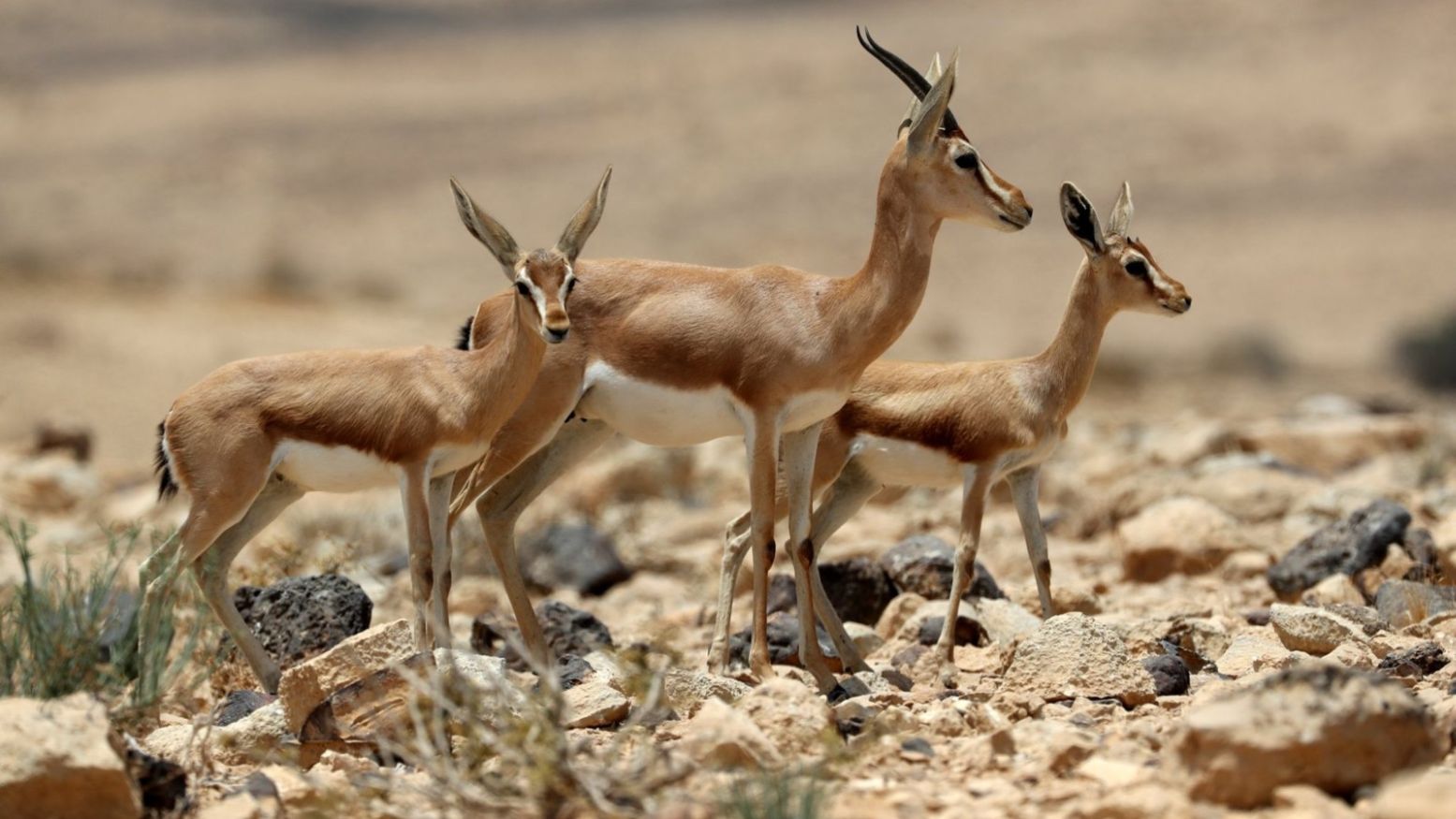 Dorcas gazelles at home in the Western Negev. Photo by Haim Shohat

Shohat, soon turning 59, says wildlife photography is his therapy, a respite from his beloved yet stressful profession.

In fact, it was dentistry that got him into photography. He bought his first serious camera in 2003 to take “before and after” pictures of his patients’ teeth.

“I invested $4,000 in a professional Canon with a special flash and I also bought two lenses to take pictures as a tourist,” he explains.

His equipment purchases were guided by expert advice from his cousin, Nati Shohat, founder of Israeli photojournalism agency FLASH90. Then he honed his skills over time.

But his love of nature was inborn. Raised in Jerusalem, Shohat says he is “a biologist in my soul. I’ve loved wildlife since I was a boy. Especially fish. I used to work in professional fish farms and had 50 aquariums at home,” he tells me. 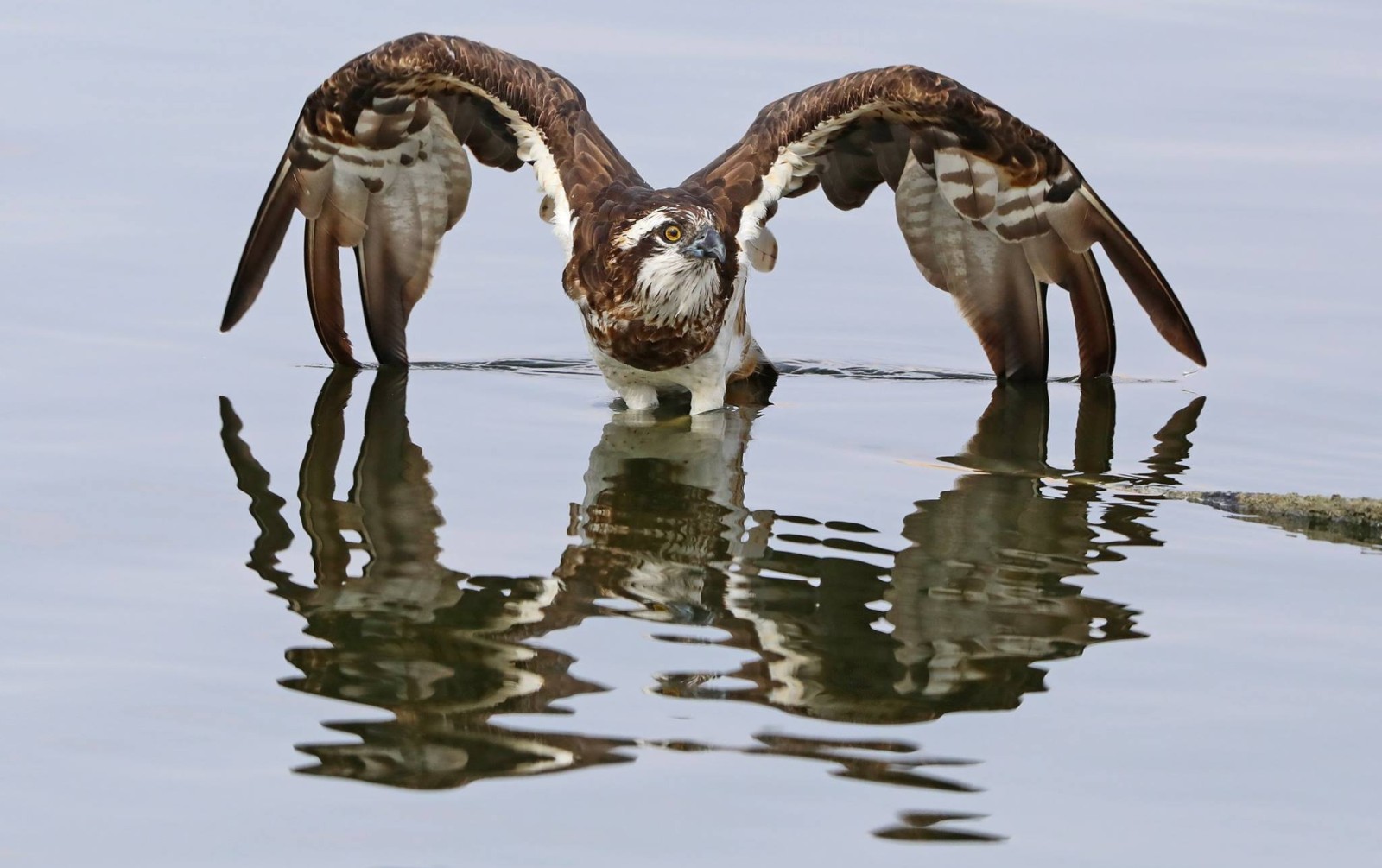 An osprey spreads its impressive wings in the Beit She’an Valley. Photo by Haim Shohat 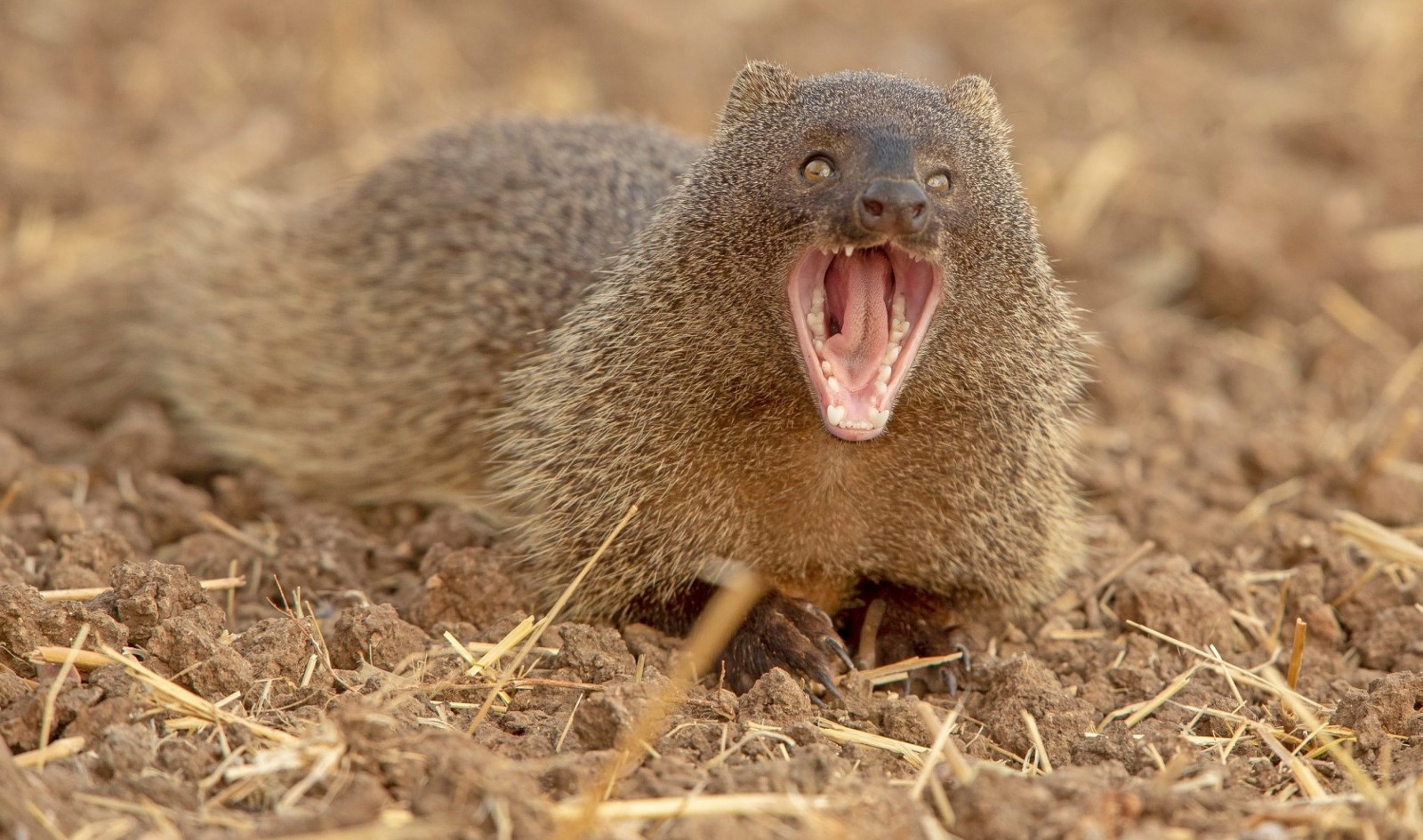 A Jezreel Valley mongoose bares its teeth for the photographer, dentist Haim Shohat.

In 2006, Shohat augmented his gear with an expensive specialty lens, procured through his cousin Nati, to take professional-quality pictures of wildlife.

Two years later, he and Israeli photographer Eyal Bartov set off on a pictorial tour of Tanzania. He has since been back to Africa nine more times.

These days, he uses two Canon cameras: A 1DX Mark II for action shots and a 5D Mark IV for portraits. 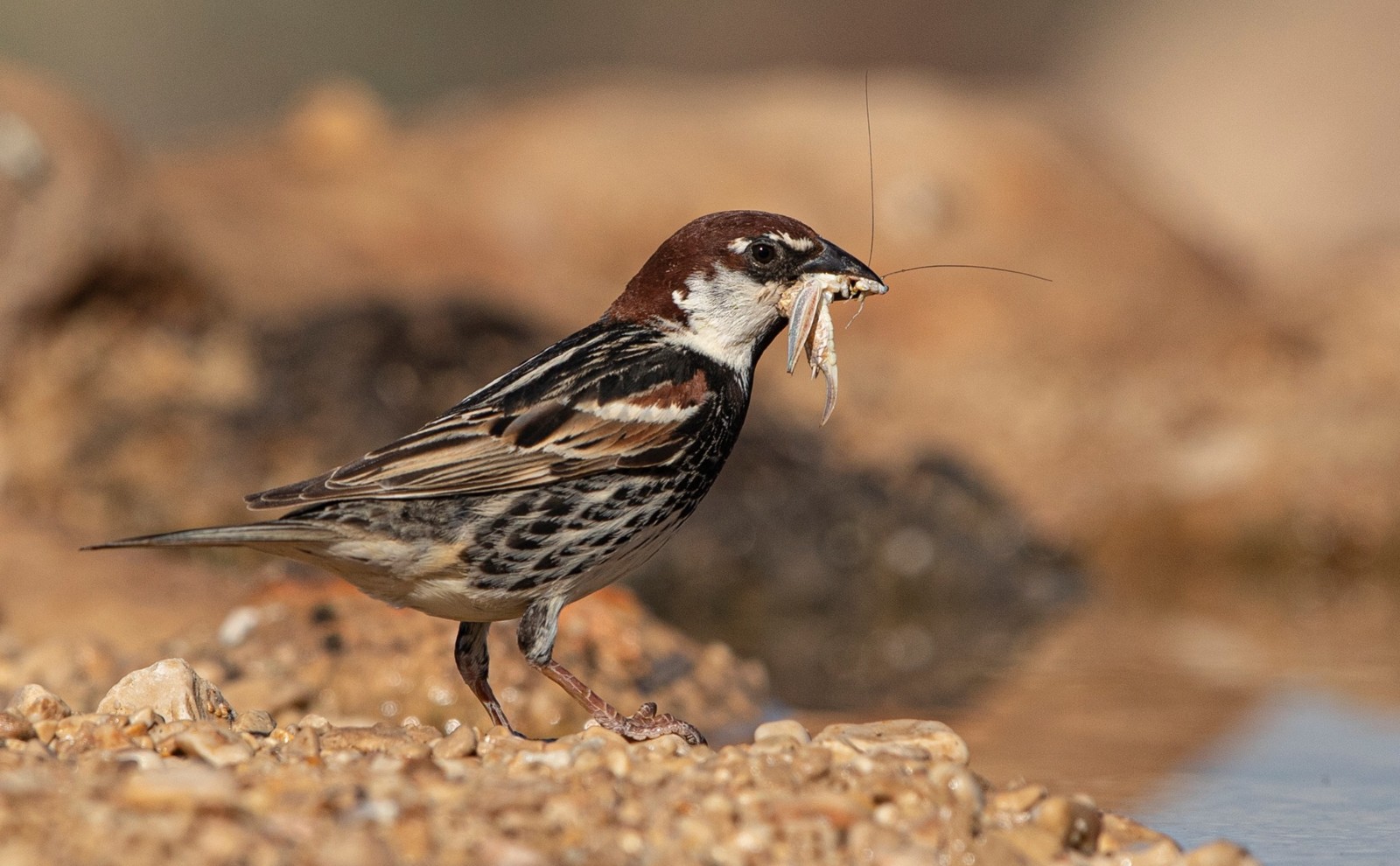 A Spanish sparrow enjoying a snack. Photo by Haim Shohat An Arabian babbler feeds a flower to its chick. Photo by Haim Shohat Haim Shohat photographed this lizard pair in the Galapagos Islands in 2016. Photo via FLASH90

“I put the pictures on Facebook and on FLASH90,” he says. “The really good ones I hang in my private clinic in Jerusalem.”

Which reminds me: It’s time to schedule my next appointment.