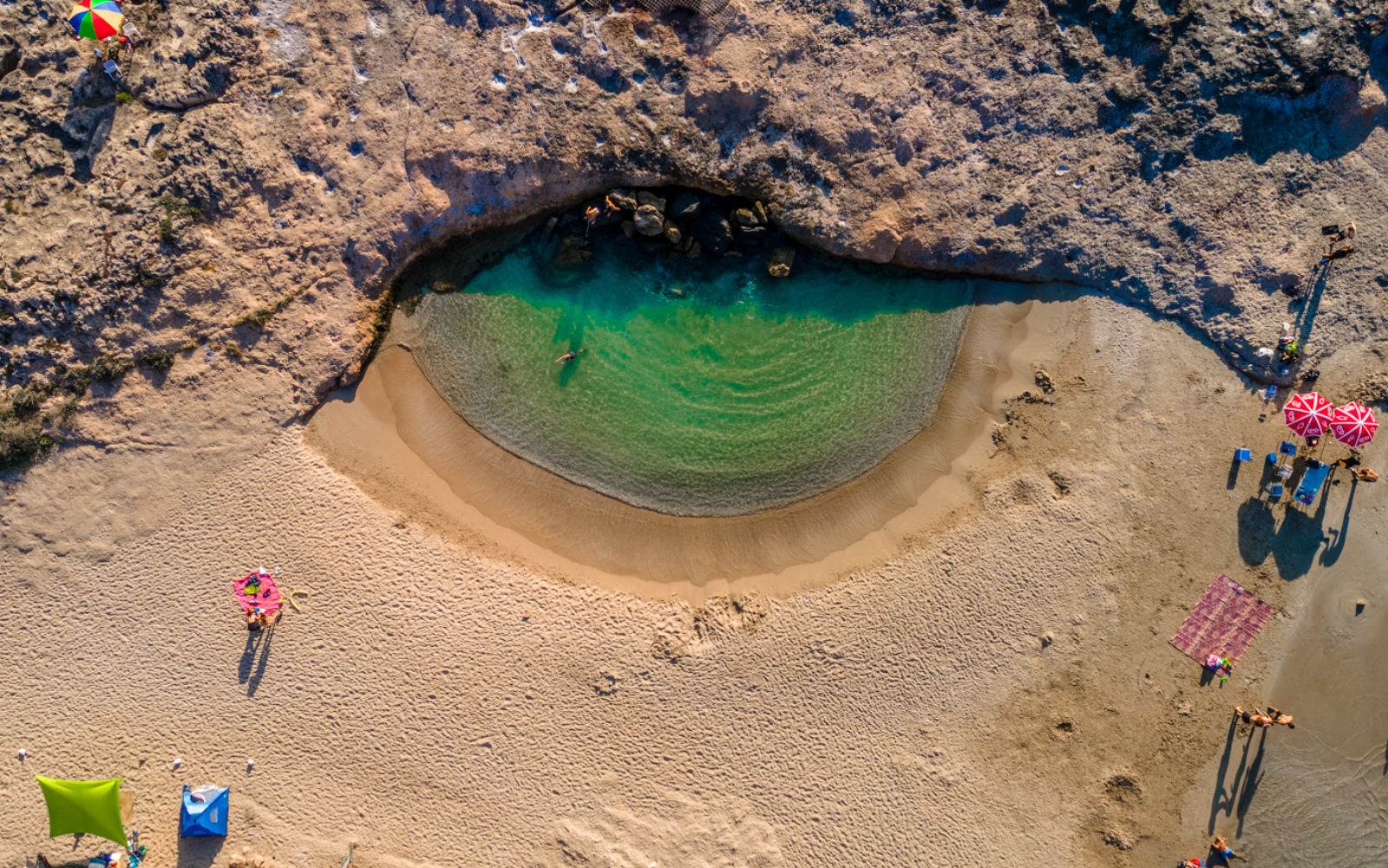 A lagoon peeks through the rocks at the Mediterranean Achziv Beach. Photo by Alon Shtamberger
#ViewFromAbove

13 beautiful shots of Israel from above

Alon Shtamberger began drone photography by chance and has been capturing scenery from heightened angles ever since.

For someone who takes pictures as stunning as the ones featured here, Alon Shtamberger sure came to it by chance.

“Professionally, I’m an information systems manager. I’m almost 52, married with two grown children. Around three years ago, I reached this stage when the kids grow up and you look for things to do for yourself. I have all kinds of hobbies, and this is one of them,” he says. 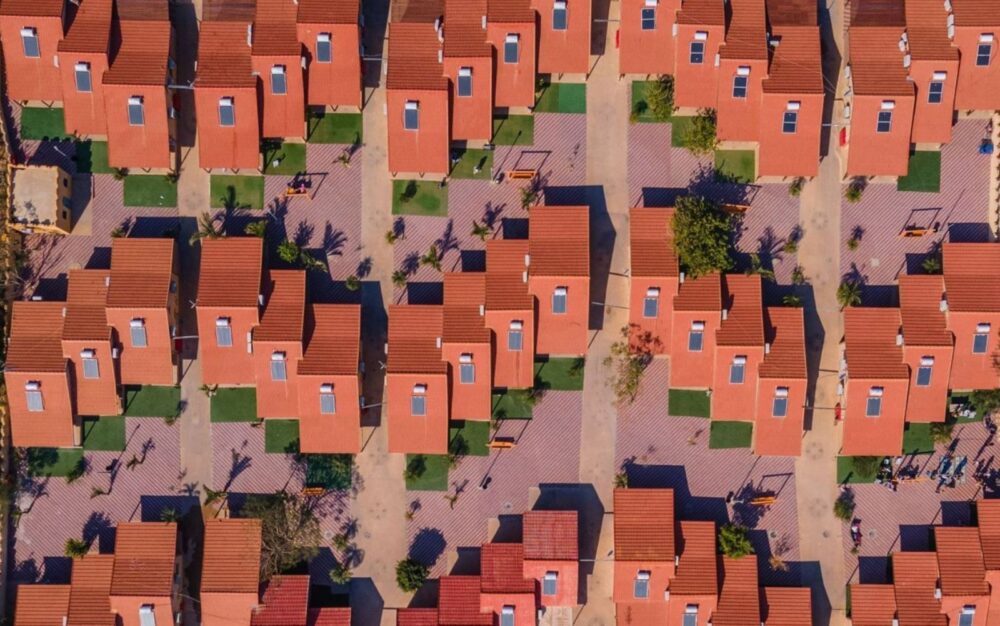 Red tiled roofs adorn guesthouses on the shores of the Dead Sea. (Courtesy of Alon Shtamberger)

“Photography was never my thing; it never particularly spoke to me. And then one day I just saw someone at the beach flying a drone, and the penny dropped that you could view the world from a different angle.”

He bought his first basic drone and learned from groups and online “what to do, how to do it, where to do it.”

From there, the road to landscape photography was a short one. 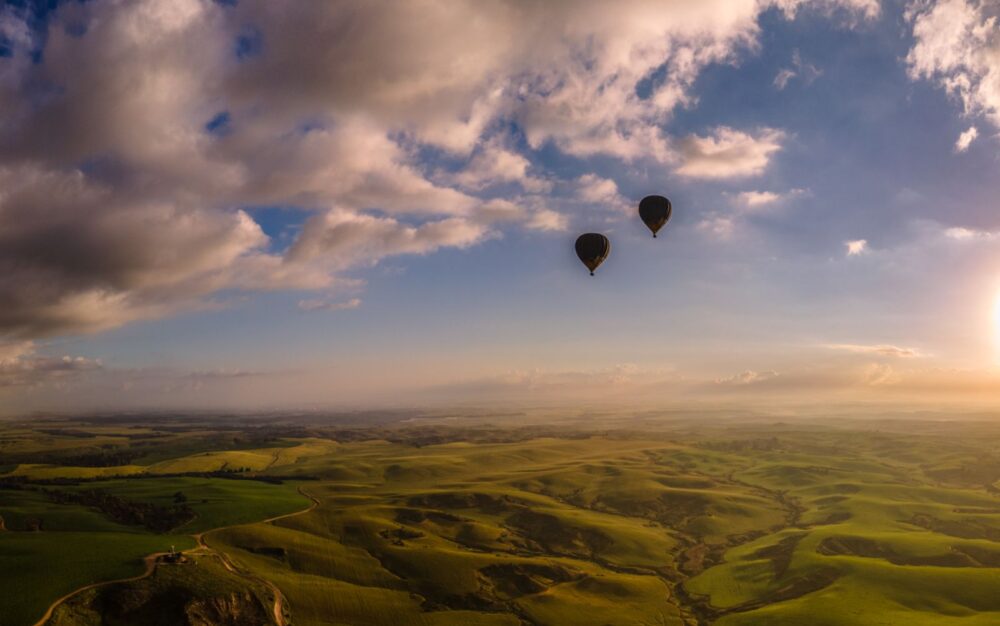 Hot air balloons fly in the sky over the Bitronot Ruhama Reserve in southern Israel. Photo by Alon Shtamberger

“I’ve always loved traveling, and it was clear to me that this was a way to look at things from another angle and discover new places. Along the way, I started falling in love with the world of photography and slowly started upgrading the drone to suit my needs,” Shtamberger says.

“I did a slightly more structured drone photography course, and until Covid broke out I got the chance to photograph abroad once. Since then, I’ve only been taking photos in Israel.” 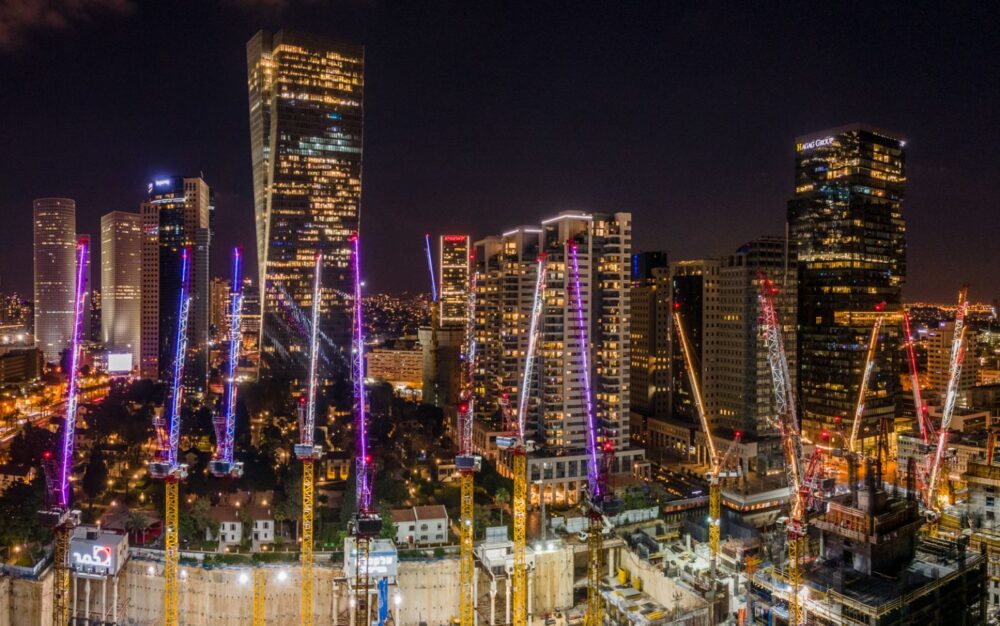 Cranes light up the sky in nighttime Tel Aviv. Photo by Alon Shtamberger

“There are areas in Israel that are a photographer’s paradise, for example the whole Dead Sea area,” Shtamberger tells ISRAEL21c. “I love taking photos in the south of the country; I think it’s special and beautiful.” 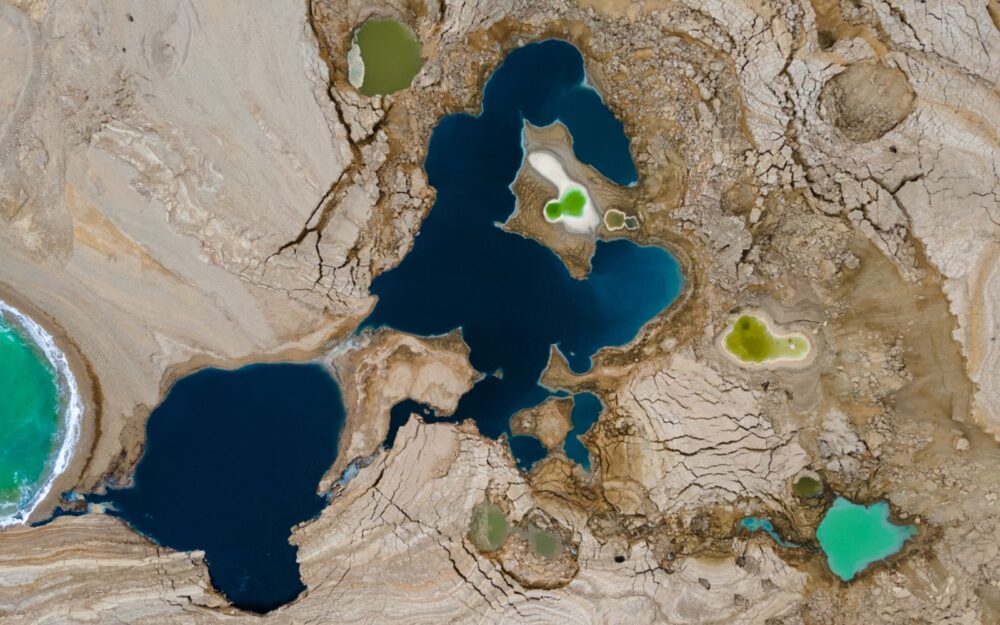 Abroad, his goal is to photograph a volcano in Iceland.

“I’ve always wondered what things look like from above,” he notes. 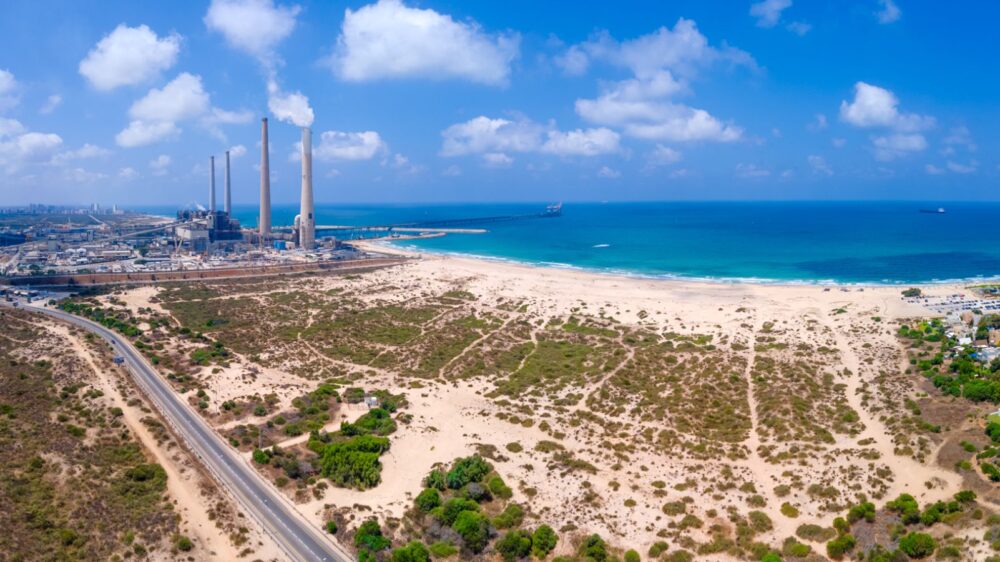 The Orot Rabin Power Plant in the coastal city of Hadera as captured by drone photographer Alon Shtamberger.

“When we walk around in our everyday lives, we see things at a normal, human angle. It really is a workout for the brain to look at things from a different angle. Our brain trains some kind of muscle, another new angle that you wouldn’t think of as someone who doesn’t photograph like this.”

He tries to take the drone with him wherever he goes, “because I found myself many times in situations where I wished I could take a photo but didn’t have my drone,” he says. 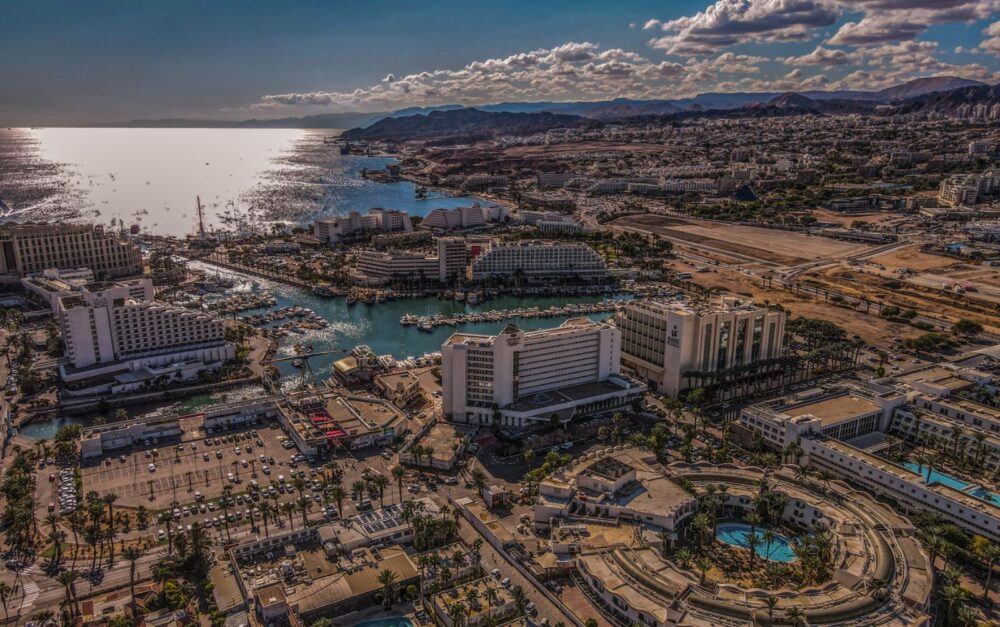 A bird’s eye view of the southern city of Eilat and the Red Sea. Photo by Alon Shtamberger

“When drones are a hobby, you naturally have less time to photograph. On average, I go out and photograph around three times a week. If it were my job, I would have already discovered many things I haven’t gotten round to yet.”

Often, Shtamberger plans on photographing a specific thing, like a waterfall, and discovers something else on the way to photograph, like rocks with beautiful foliage. 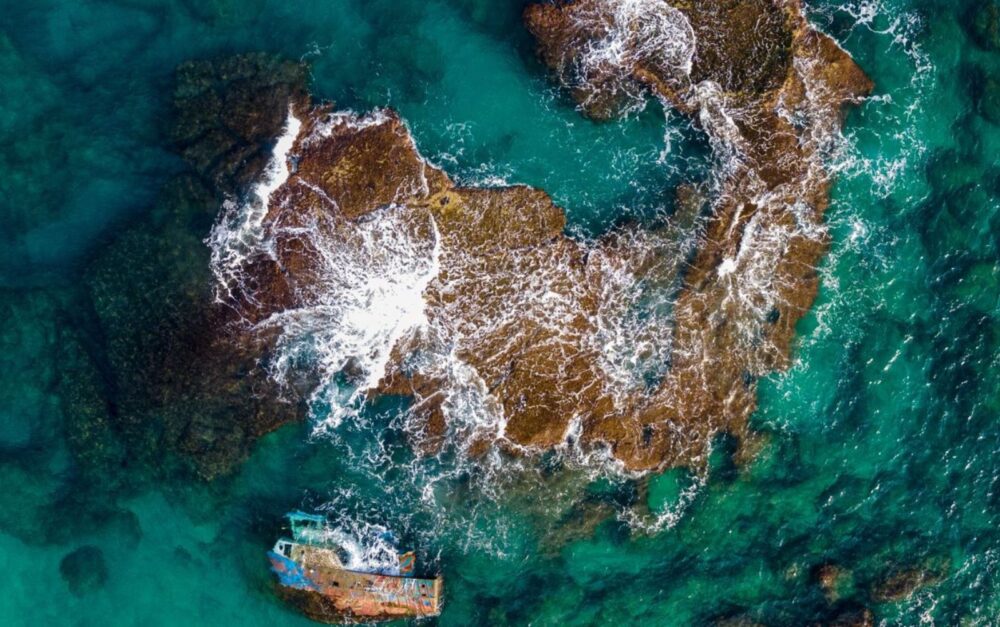 Red tiled roofs adorn guesthouses on the shores of the Dead Sea. (Courtesy of Alon Shtamberger)

“Or if you want to go photograph the beach, and then suddenly a boat appears out of nowhere and you need to chase after it, or you come across all kinds of skydiving.”

To plan his photography expeditions, Shtamberger pores over Google Maps or Google Earth to look for interesting spots. But reality on the ground – or rather from the air – is often quite a different matter, especially in one of his favorite spots. 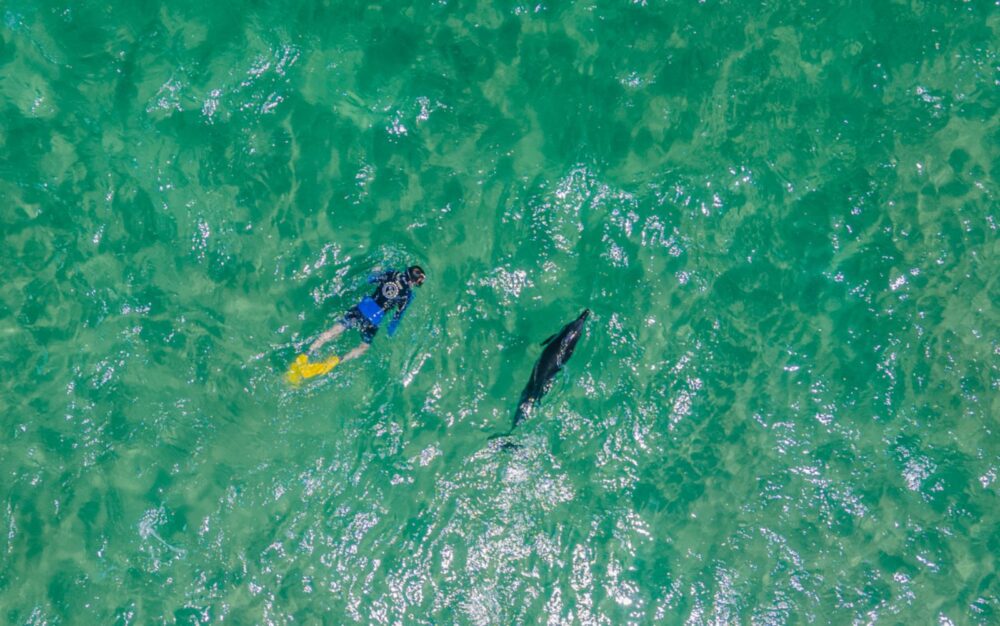 A diver and a dolphin swim together off Mikhmoret Beach. Photo by Alon Shtamberger

“Unfortunately, the Dead Sea changes the whole time, and what you see on the map is very different from the site. You go to photograph something and on the way discover a thousand other things,” he notes.

“It sometimes takes a photographer more than one or two expeditions to the site to see the light of day. You don’t always have the light you wanted, or the color of the water is not what you had in mind,” he adds. 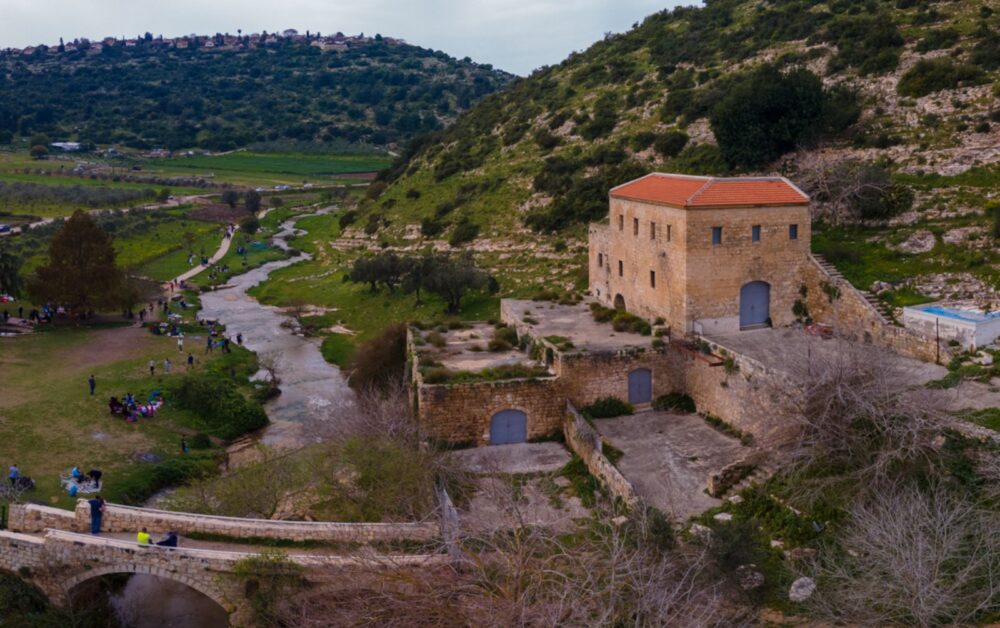 A pastoral setting in the village of Tzippori in the Jezreel Valley in northern Israel. Photo by Alon Shtamberger

“Then there’s the whole business of editing, which is an integral part of drone photography. I’d say that 50 percent of the photo is editing to find the right composition. One photo can take a good few hours of work.” 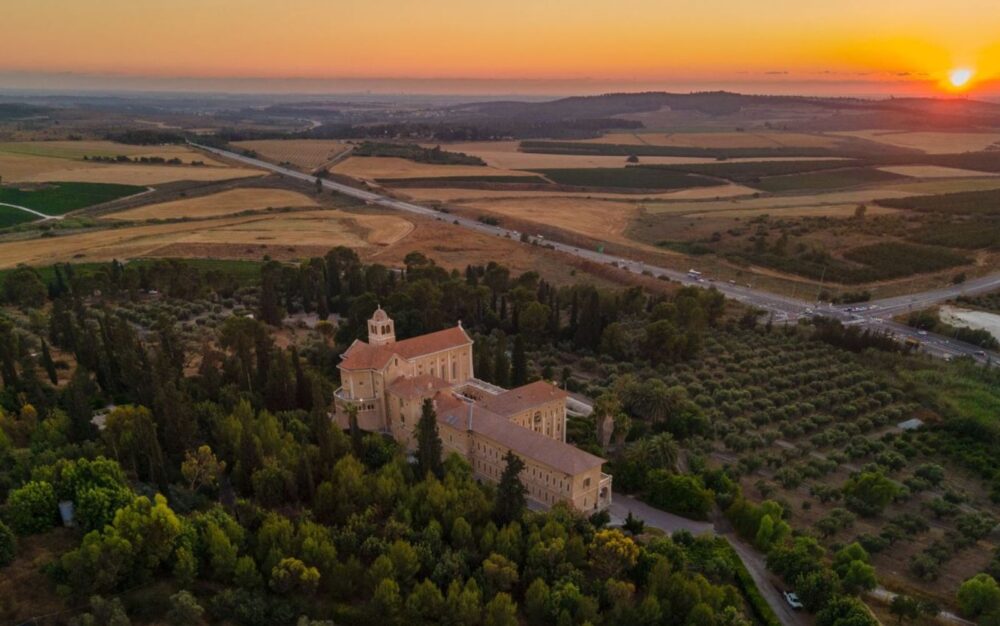 The Latrun Monastery overlooks gardens, fields and the busy Route 3 in the Ayalon Valley. (Courtesy of Alon Shtamberger)

Shtamberger has some tips for those interested in getting into drone photography. 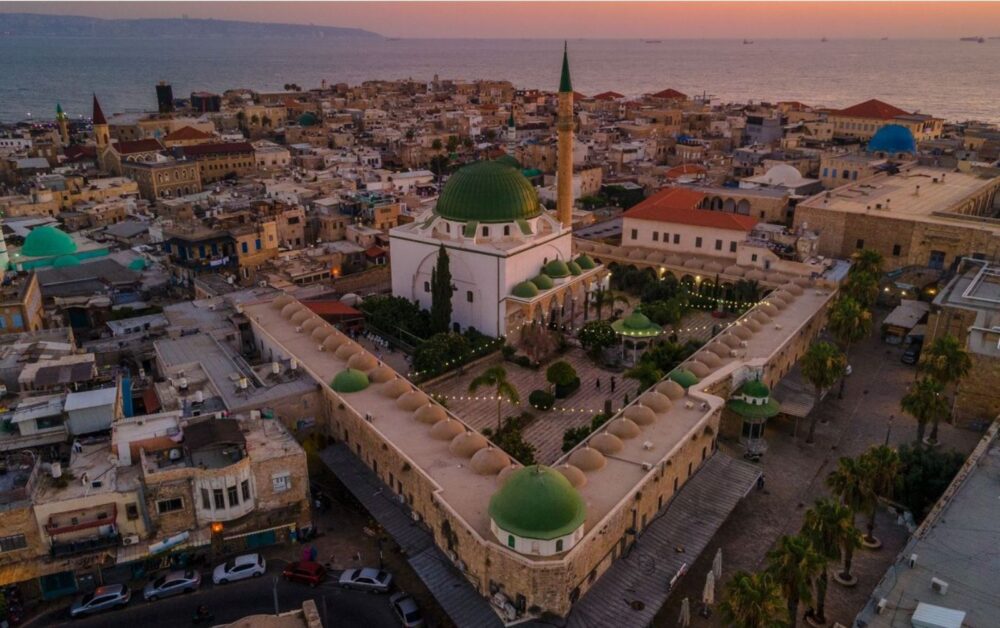 He also recommends learning a lot before you fly a drone for the first time.

“You need to read up, watch videos on YouTube, not to ruin the drone. You also need to adhere to the Civil Aviation Authority safety regulations; they’re very clear.”

If you start off small with something basic and see that you enjoy it, “then the sky becomes the limit,” Shtamberger concludes. 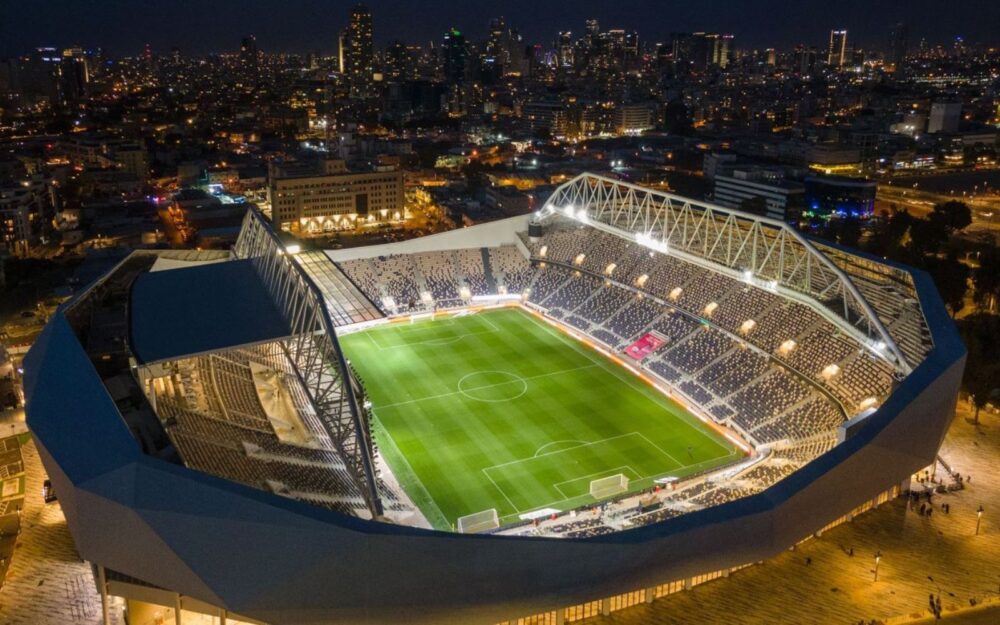 The Bloomfield Stadium in Jaffa is lit up against the Tel Aviv skyline. (Courtesy of Alon Shtamberger)