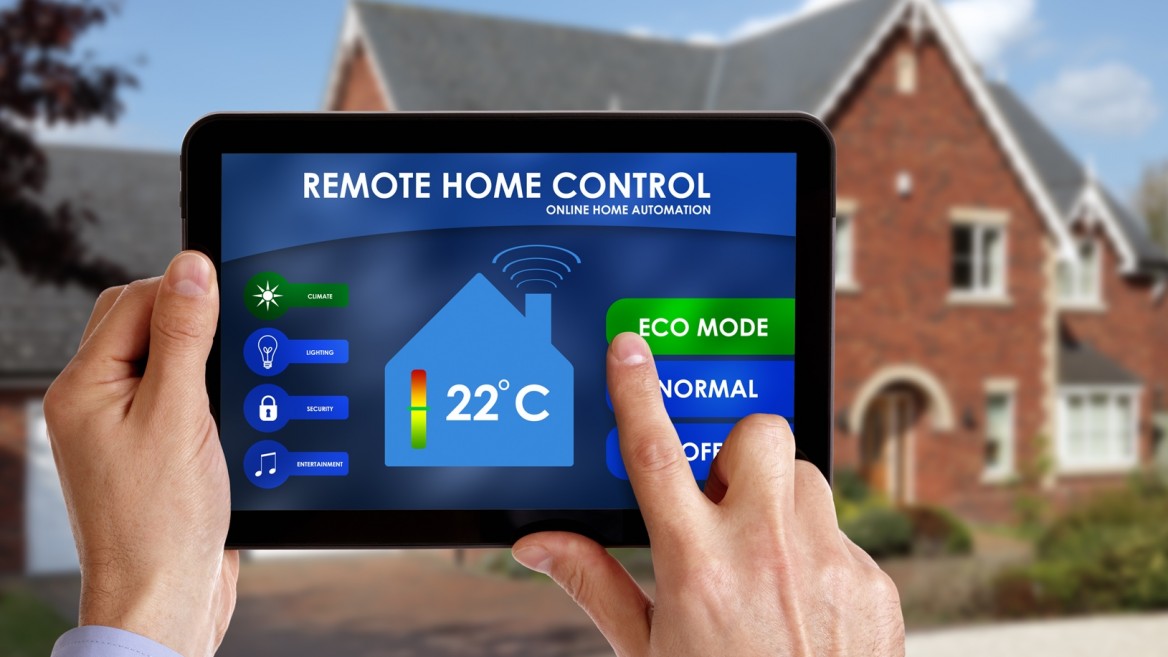 Bezeq, Israel’s largest telecom, recently set up a model “smart home” at its Tel Aviv headquarters and in the IKEA store in Netanya to demonstrate its Bhome subscription service — a cutting-edge package of Wi-Fi-enabled sensors and monitors to help keep out intruders and save energy.

But you don’t necessarily have to live in Israel to take advantage of sophisticated Israeli smart-home technologies.

Whether you want to control temperature, humidity and lights, monitor and optimize water usage, activate audio systems and alarms through a mobile phone or tablet, there’s a product on the market – or close to market — to help you do it with the magic of the Internet of Things.

Here are a few of the many options available now or coming soon.

This Netanya-based startup provides a platform including programmable switches, a central control unit, a smartphone/tablet application and cloud-based data services. The plug-and-play devices, featured in the Bhome model smart home, are designed to embed in existing outlets quickly and wirelessly.

The company says you can convert a light switch into a smart switch in less than two minutes, or turn your whole house into a smart home in less than 90 minutes. Using the app’s secure dashboard, the user can program custom preferences for each SwitchBee-enabled light or device including on/off and fine adjustments.

Singlecue is a standalone device that lets you use touch-free gestures to control infrared- and Wi-Fi-enabled media and smart-home devices in its range of sight. You can do everything from lowering the thermostat to lowering the TV volume to lowering the blinds. CNN named Singlecue one of 36 “coolest gadgets of 2014.”

Singlecue is made by eyeSight Technologies,  a Herzliya company whose machine-vision systems have been built into devices made by OPPO, Lenovo, Toshiba, Hisense, Phillips and other manufacturers since 2005. 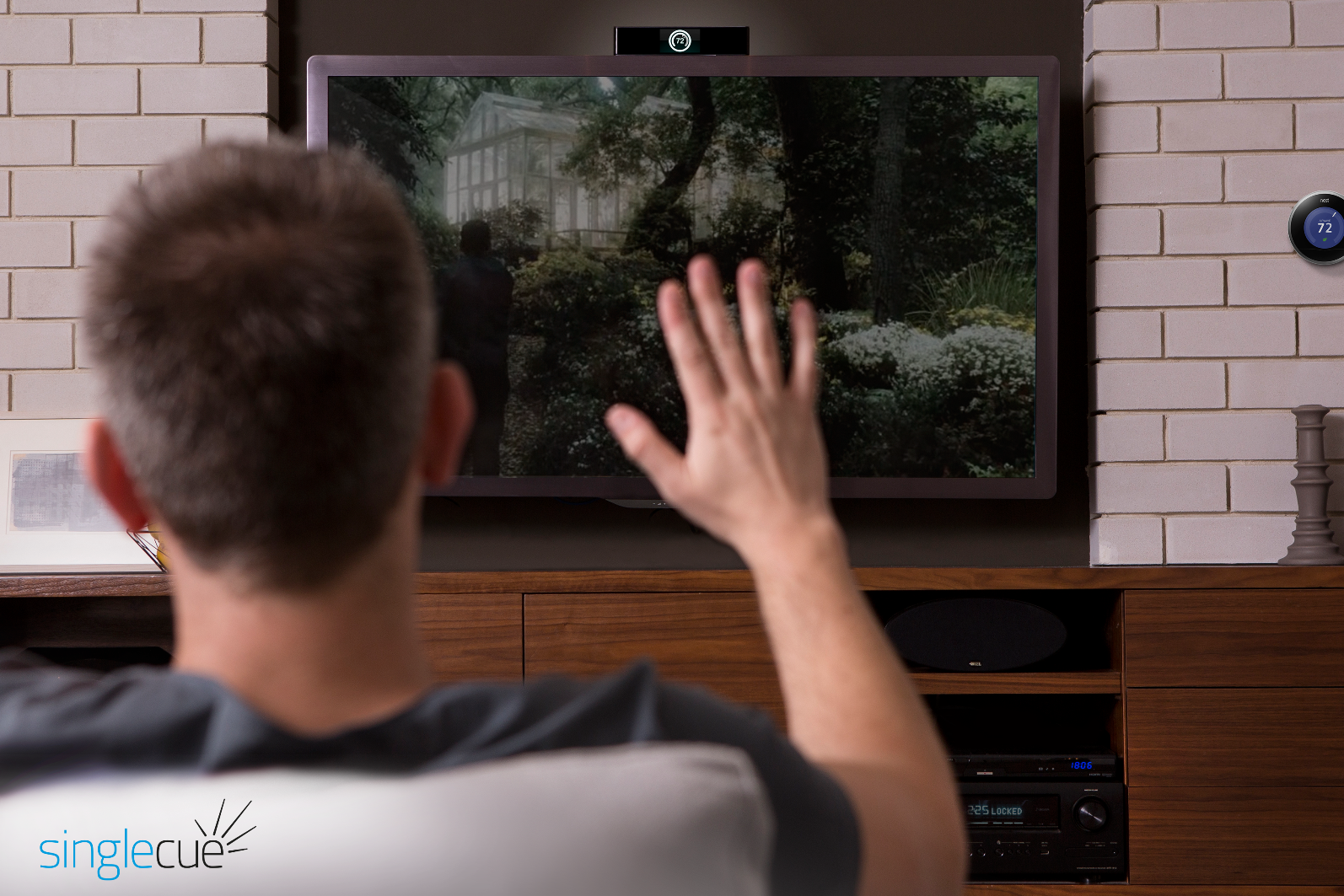 This digital health company in Ramat Gan recently released myEarlySense, an under-mattress automatic sleep-monitoring system designed to integrate with smart-home solutions. Users can adapt their home environment based on the sleep-cycle data collected from the myEarlySense sensor — for example, arming and disarming home security systems, turning off the TV, turning on the coffeemaker, and adjusting the thermostat. The myEarlySense technology is built into Samsung’s new SleepSense IoT device.

Recently launched at Home Depot stores across the United States and also sold online, GreenIQ’s Smart Garden Hub  allows you to adjust irrigation based on past, current and forecasted weather – without stepping outside — yielding water savings of up to 50 percent.

The device connects to the Internet via Wi-Fi or cellular connection and is controlled from an iOS or Android app. The Petah Tikva-based company’s app can also adjust outdoor lighting and can connect to a Netatmo weather station and rain gauge or a water-flow sensor for leak detection. 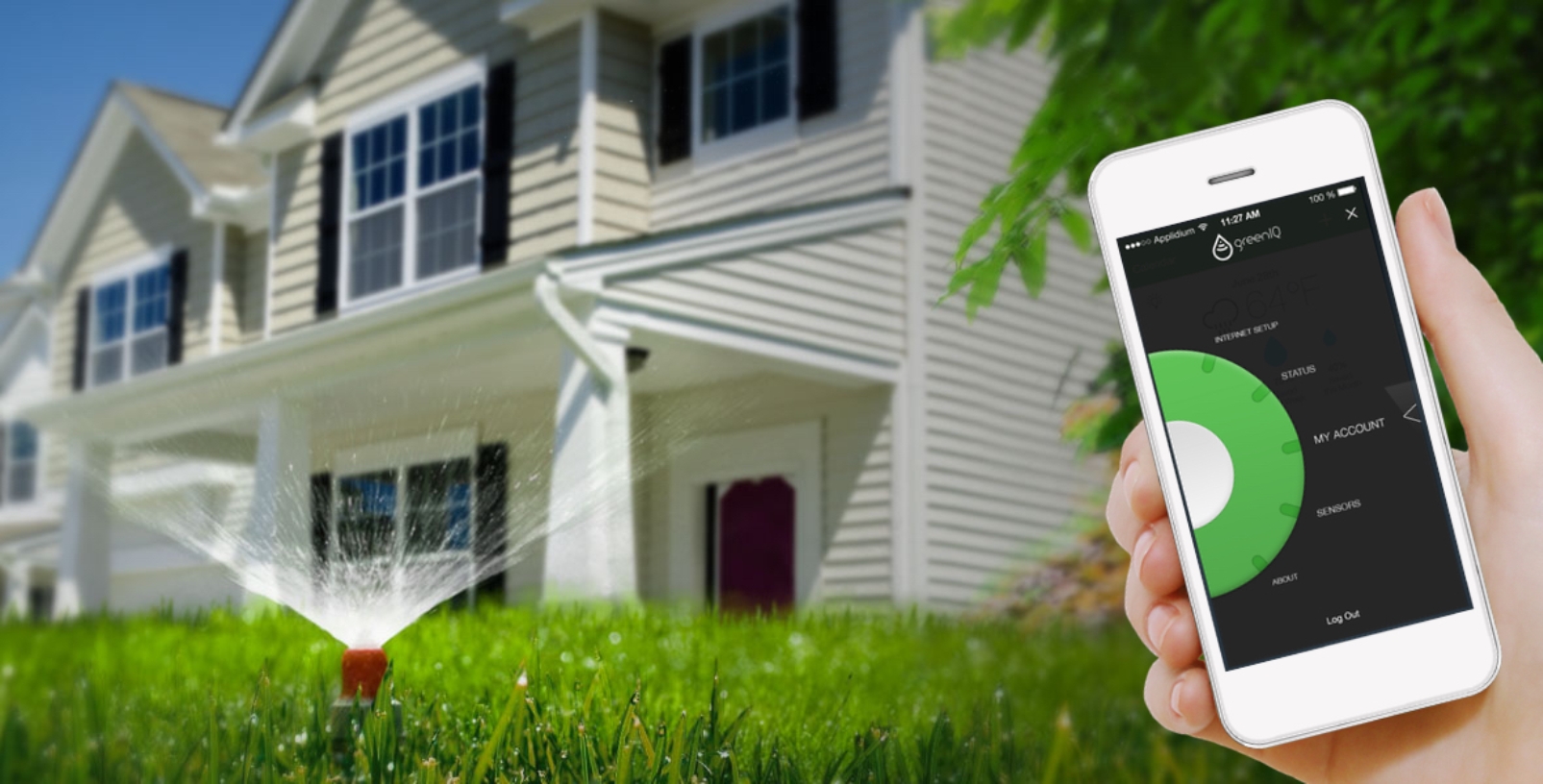 Put the device in your garden and control it by app. Photo courtesy of GreenIQ

Sensibo’s tagline is “Give your old air conditioner a brain.”  The system includes a pod that sticks onto your A/C and heating unit, and an intuitive app that lets you monitor and modify your settings from any smartphone, tablet or computer. If you’ve got a Samsung in the living room, an LG in the bedroom and a Friedrich in the study, Sensibo will control all of them with one interface. A new public API for developers will enable integration of Sensibo device with other home appliances as well.

SmarTap’s digital shower system, currently available in Israel and the UK and next year in the United States, was chosen for Bezeq’s Bhome demo to show how the product can reduce water and energy use  by enabling precise control of flow and temperature.

An app lets users program actions such as preheating the shower, setting a maximum temperature and flow rate, and specifying how high to fill the bath. The Nesher-based company will be adding functions such as automatic leak detection, opening cold-water pipes to prevent freezing, and monitoring usage patterns; the software will be upgraded remotely with each new feature. IBM Research in Haifa is now researching how SmarTap can help reduce water and energy use in commercial buildings.

Anything plugged into a power source can be connected to PointGrab’s PointSwitch product to enable gesture-controlled adjustments and on/off actions up to 17 feet away, even in full darkness. This Israeli gesture-control technology  is already powering tens of millions of devices made by Fujitsu, Acer, Asus, Lenovo, Samsung, TLC and Skyworth. The company is based in Hod Hasharon.

8. ENTR by Mul-T-Lock
This battery-operated smart lock from Mul-T-Lock in Yavneh is designed to be retrofitted into existing doors. 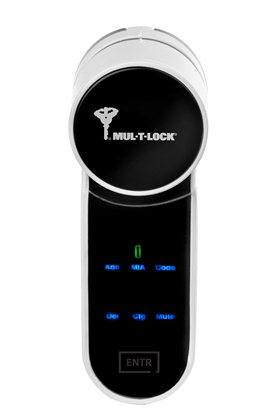 ENTR lets users control entry from a smartphone, tablet or other Bluetooth-enabled device. You can create or disable virtual keys immediately, lock or unlock the door at preprogrammed times, and monitor the system remotely. The underlying algorithms were developed at the Israeli R&D facility of US chipmaker Freescale.

Evoz  turns an iOS device into a virtual baby monitor. Its technology is built inside the Belkin-Evoz WeMo monitor, which stores and graphs baby’s cries and analyzes the information to provide parenting tips; and in British Telecom’s next-generation home video devices. Evoz also can be used for monitoring housebound seniors, detecting and sending alerts about safety and security, and evaluating electricity usage.

This cloud-administered wireless system lets users manage and communicate with a large variety of third-party connected home devices, such as lighting, thermostats and door locks. Essence is based in Herzliya.

Attach the SmartH2O home water meter to your sink or shower tap or your garden hose, download the app and start seeing exactly how much water your household is using, how long the water is running and at what temperature, and how much it’s costing you.

Now being incubated in Startup Scaleup, the European Commission’s IoT accelerator, the device could be on the market within a year to give conservation-oriented users an unprecedented awareness of water consumption. The app will also inform you of any leaks, and show how your water usage compares with the average in your region or country. If you’re proud of how you stack up to your neighbors, you can share your rating on social media. 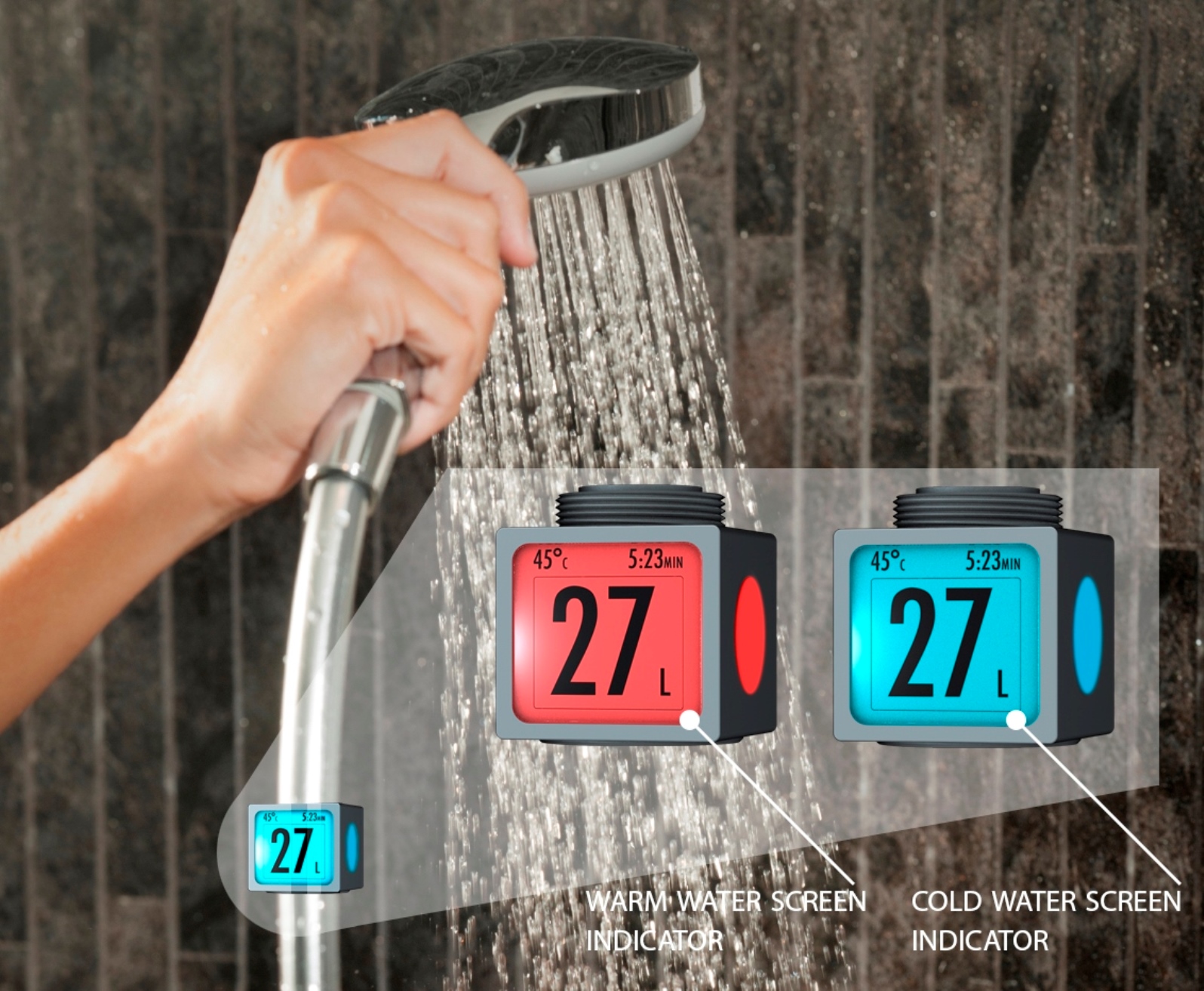 The meter makes it easy to watch water usage on any faucet. Photo: courtesy

This IoT company, headquartered in Herzliya, is partnering with Samsung to develop a smart-home solution aimed at helping the elderly remain in their own homes longer and enhancing their quality of life. The technology combines advanced sensors, cloud-based software and behavior analytics to monitor an individual’s daily routine and wellness. If it detects changes in behavior or health, the system will send alerts to preselected family members or caregivers.