This unusual cotton thistle (Onopordum cynarocephalum) begins as a spiky green ball. Then its head turns purple and its spikes turn into “petals.” Photo by Daniel Santacruz

Thumbing through the 1982 book, Plants of the Bible by Michael Zohary, sent Santacruz outdoors to take a closer look at the Judean Desert flora surrounding his home in Ma’aleh Adumim, a few miles east of Jerusalem.

“I realized some of the plants featured in the book are seen right outside my door,” he tells ISRAEL21c. 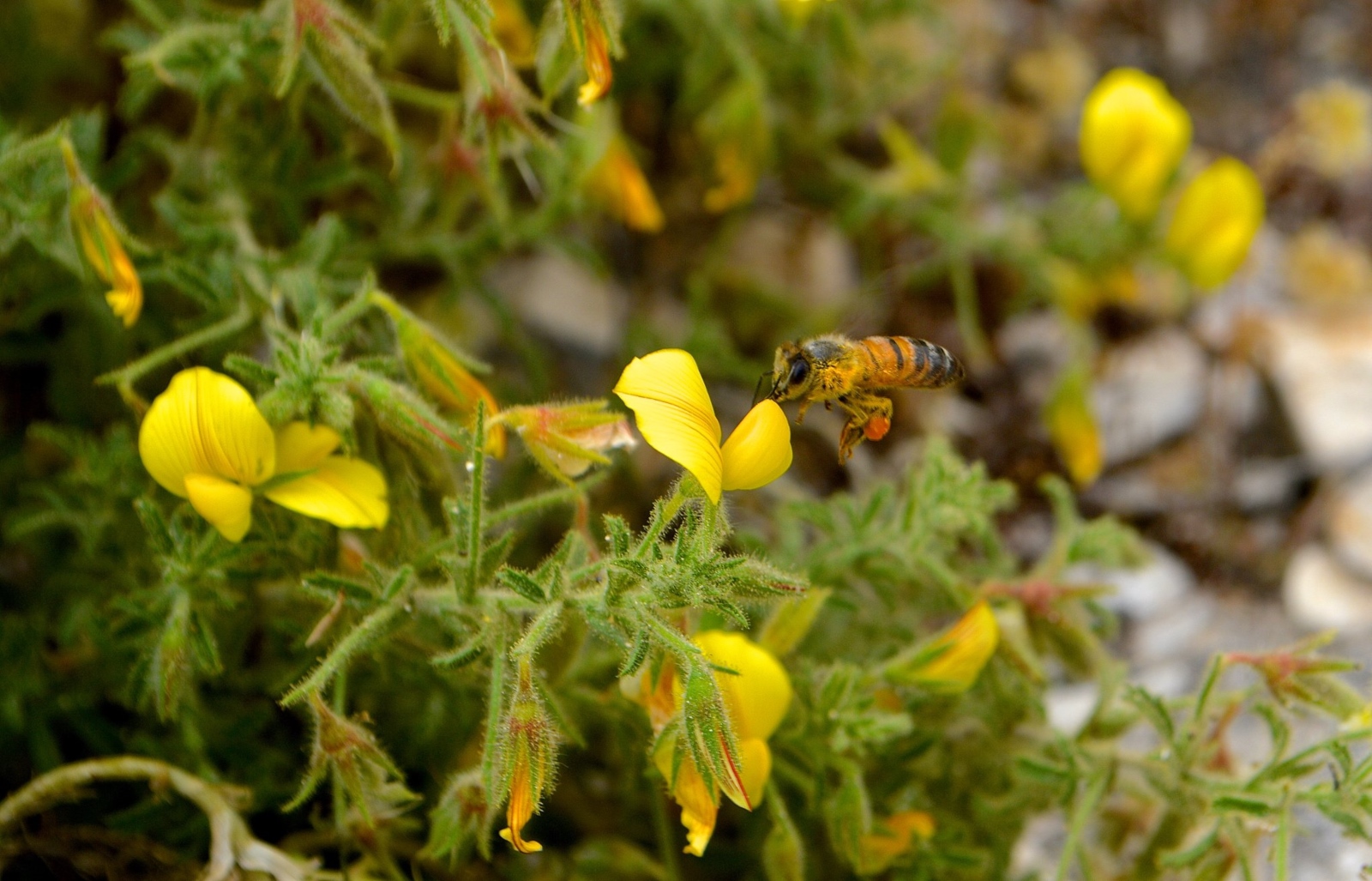 The bird’s-foot trefoil (Lotus collinus) is a favorite of bees. Photo by Daniel Santacruz

The Colombian native teaches Spanish at two Jerusalem high schools. Since the coronavirus outbreak his teaching hours were shortened, giving him time for nature walks within permitted distances from his home. 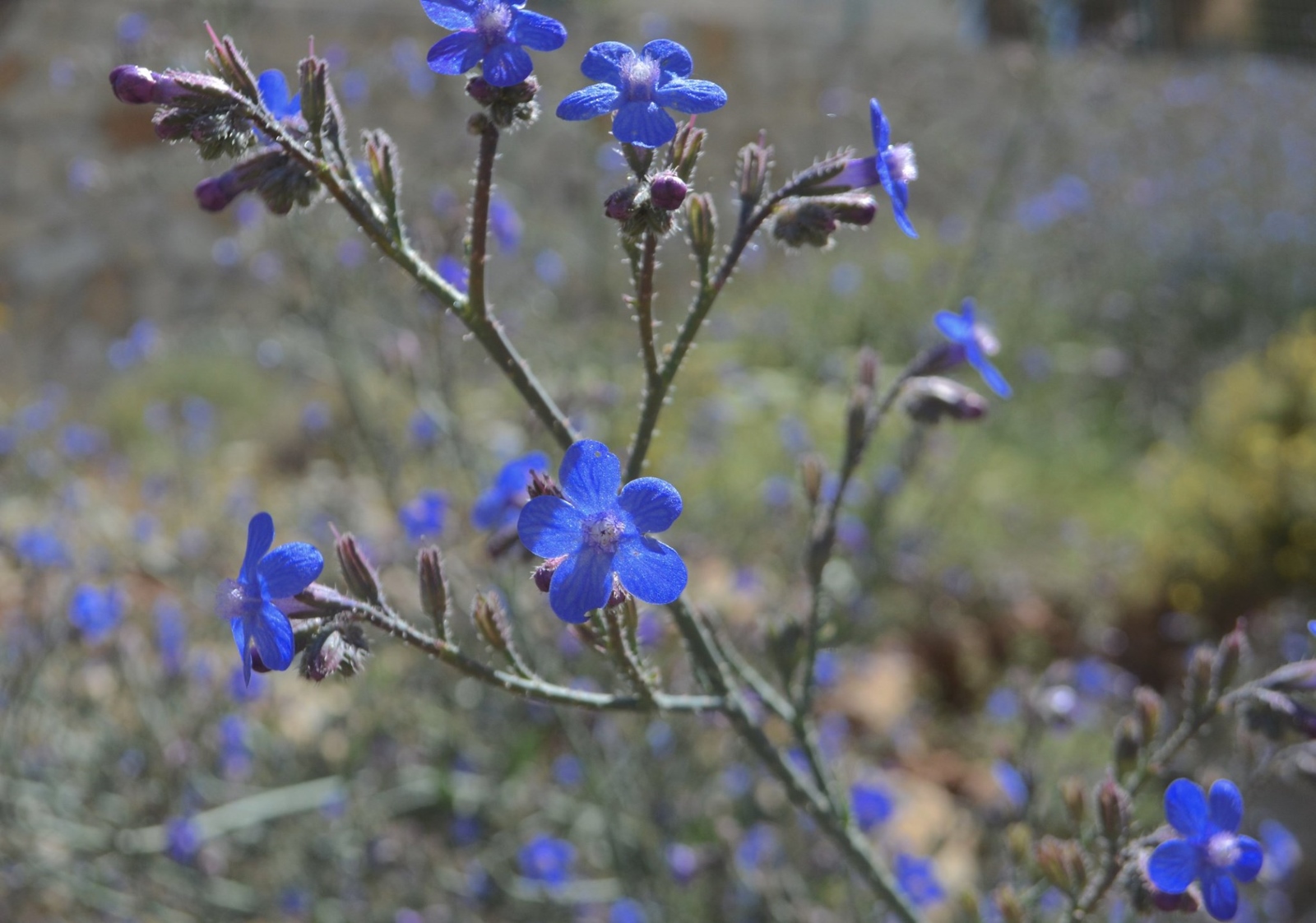 This eye-catching, short-lived bugloss (Anchusa azurea) is native to the Mediterranean. Photo by Daniel Santacruz

He never goes out without his Nikon D3200. “I am afraid I may miss something interesting if I don’t have it.”

On his walks, he started photographing plants he’d read about in the book. Before posting them on his Facebook page, he spends a couple of hours checking multiple sources to be sure he is correctly identifying the plant by its Latin/scientific name and its popular name. He frequently finds biblical references to the plant as well. 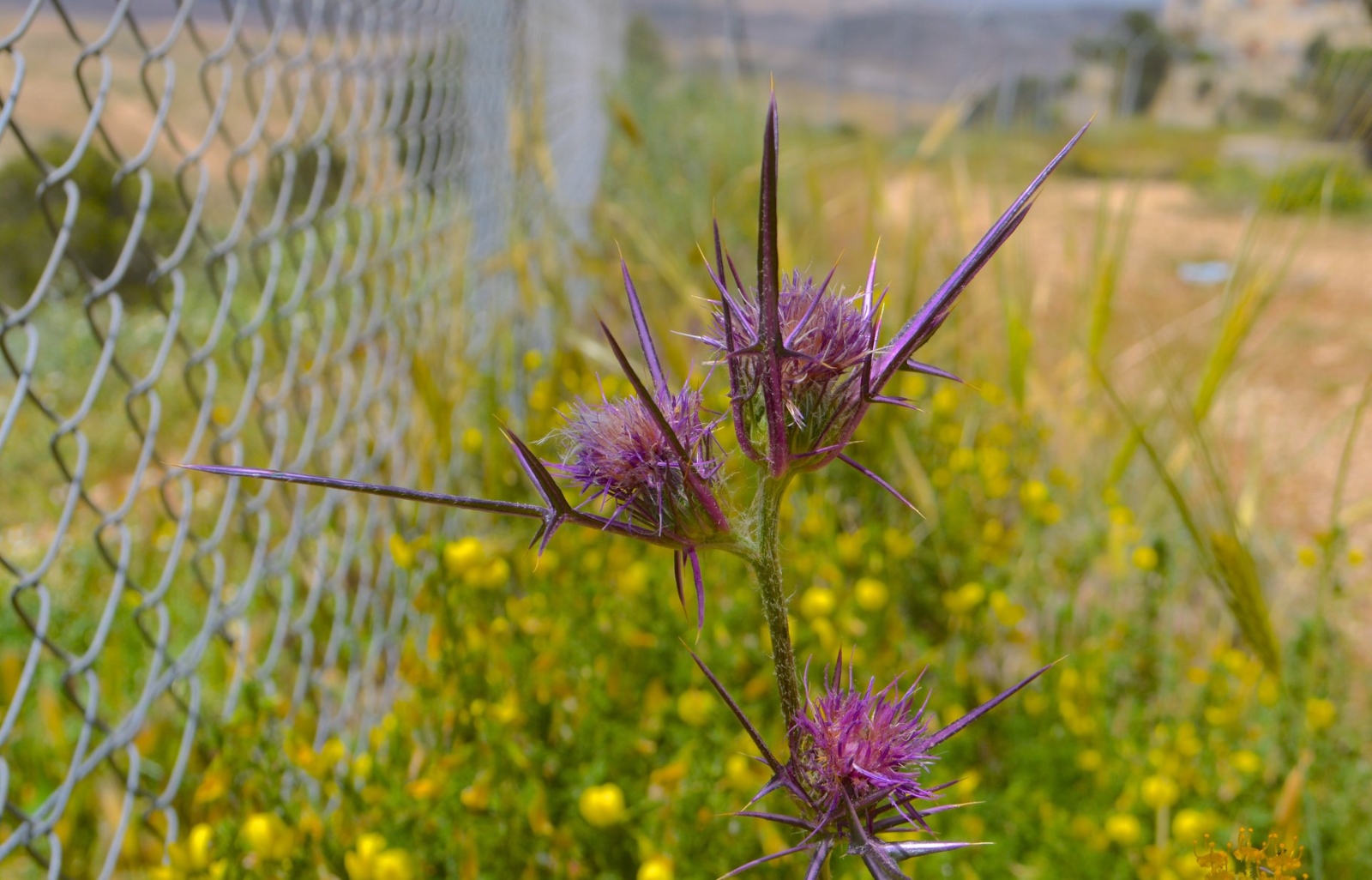 Used for whipping in biblical times, Syrian thistle is mentioned in Judges 8:7 and 8:16 as “barkanim.” Photo by Daniel Santacruz 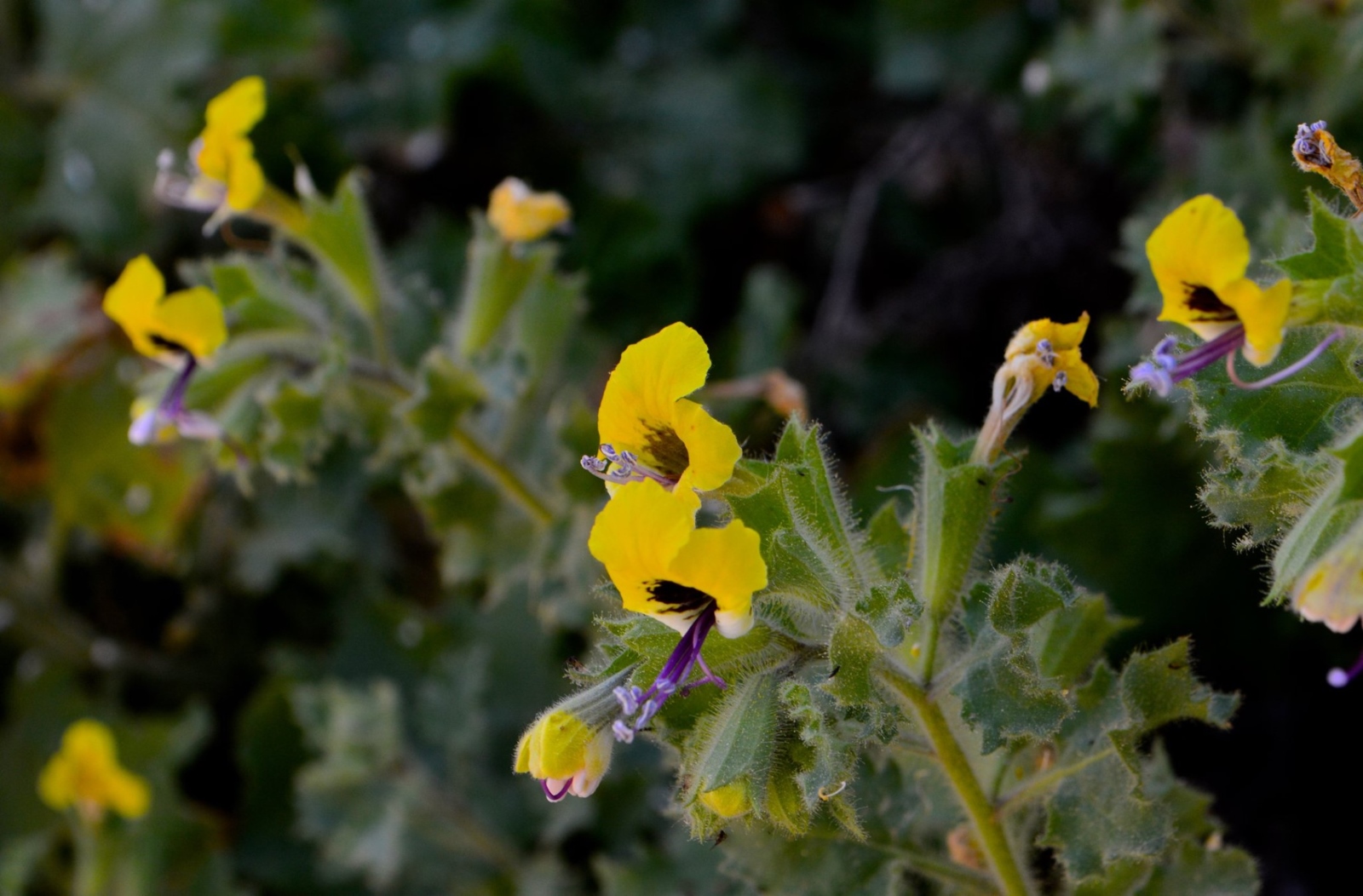 This golden henbane (Hyoscyamus aureus) is beautiful, but it may be toxic. Photo by Daniel Santacruz

“I’m not a botanist or a rabbi so I need to do careful research before I post the information,” he says. “Many of the names of these plants are translations of translations.”

So far, he’s posted about 25 photos and is working to identify several more.

Each post appears in English and Spanish, the latter so that his friends and relatives in Colombia, Spain and other Spanish-speaking countries can fully access the information. 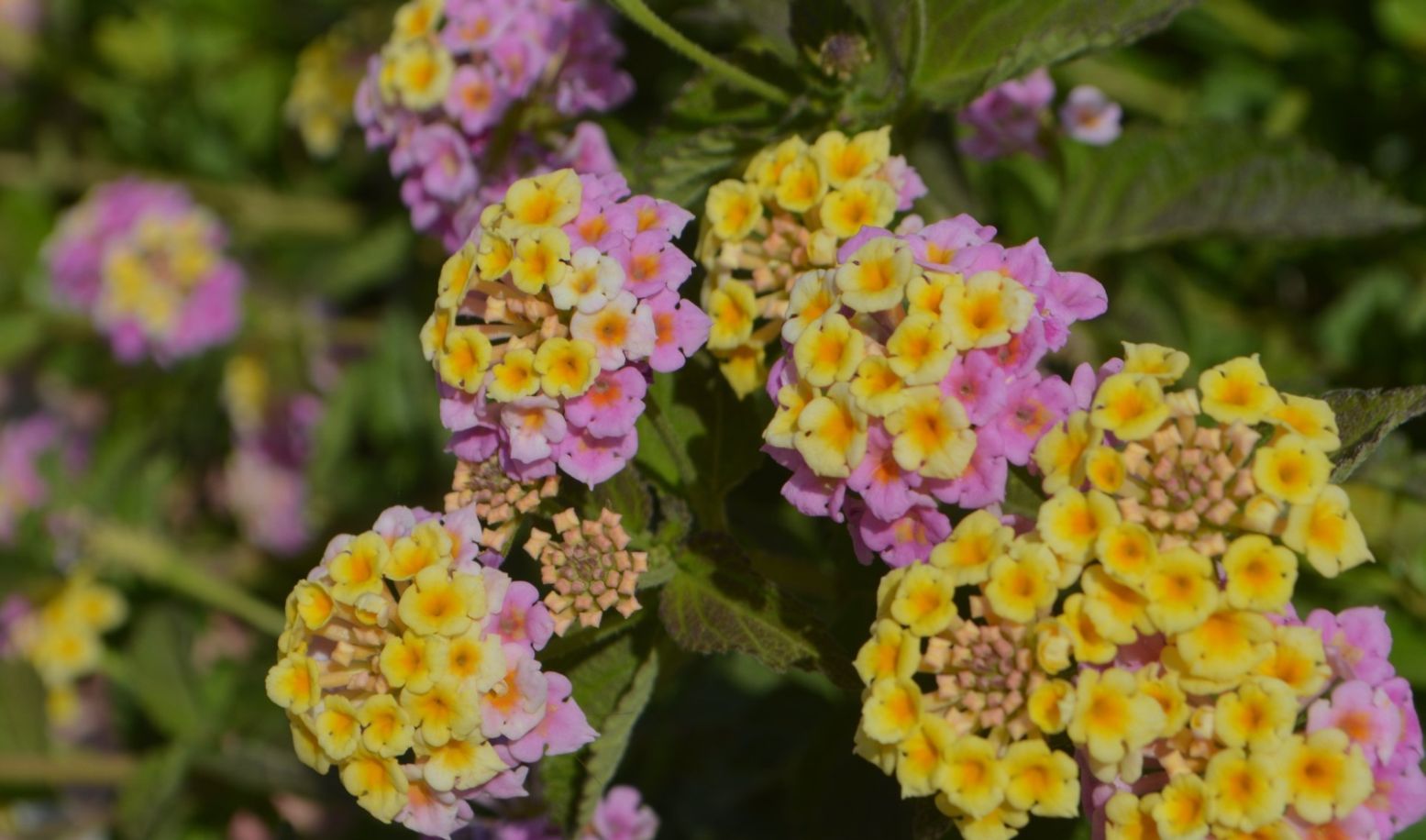 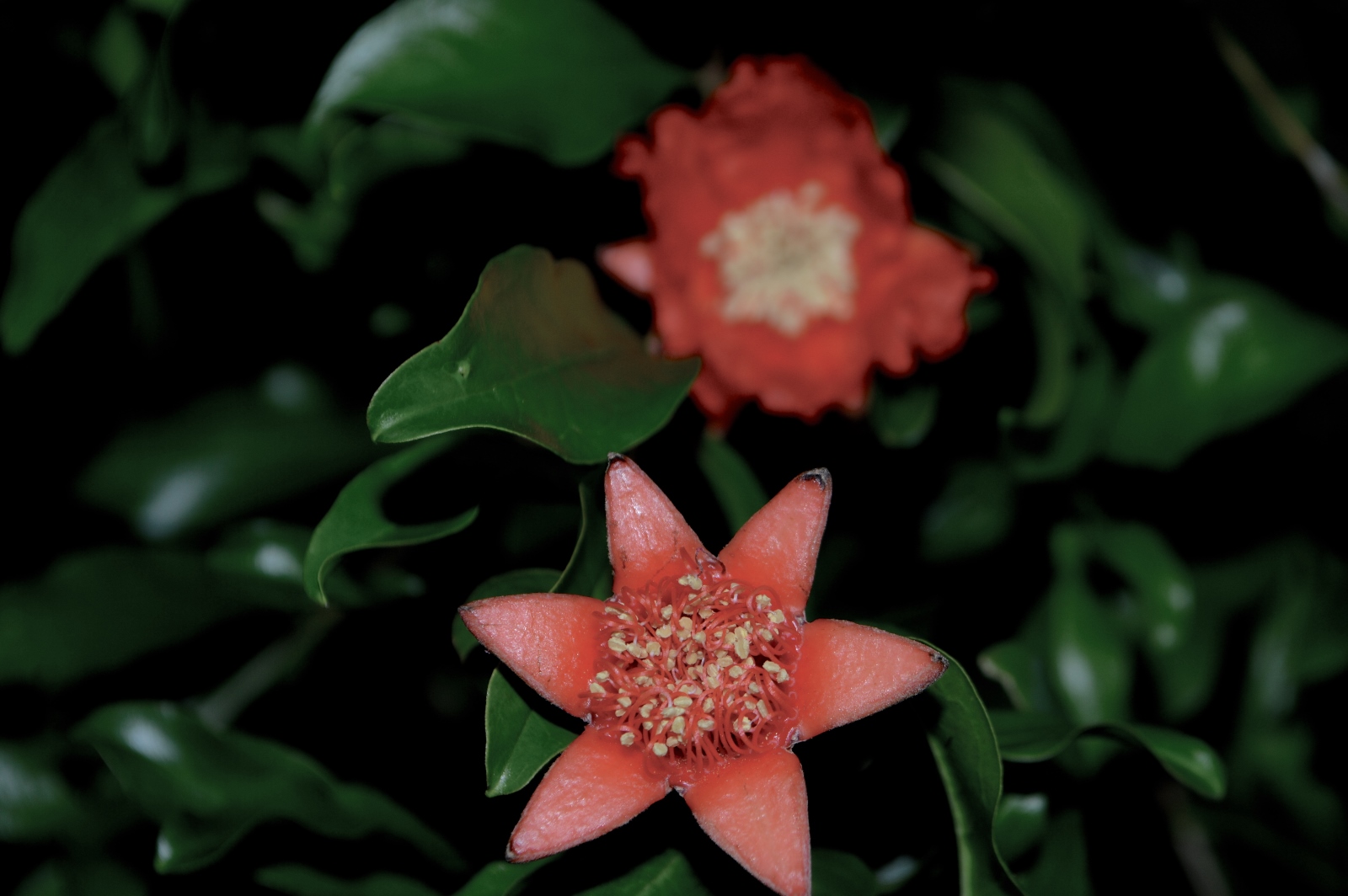 The pomegranate tree (Punica granatum) starts flowering in April and its fruit ripens in time for the Jewish New Year in early fall. Photo by Daniel Santacruz

Santacruz discovered he had an eye for composition through his work for newspapers in the United States over the course of about 30 years.

“I had to take photos for events I covered, but the cameras they gave me were pretty bad and I couldn’t be creative,” he says. “So I took pictures for magazines in Colombia. And when we came to Israel in 2011, I started biking around and taking pictures of the places I liked.” 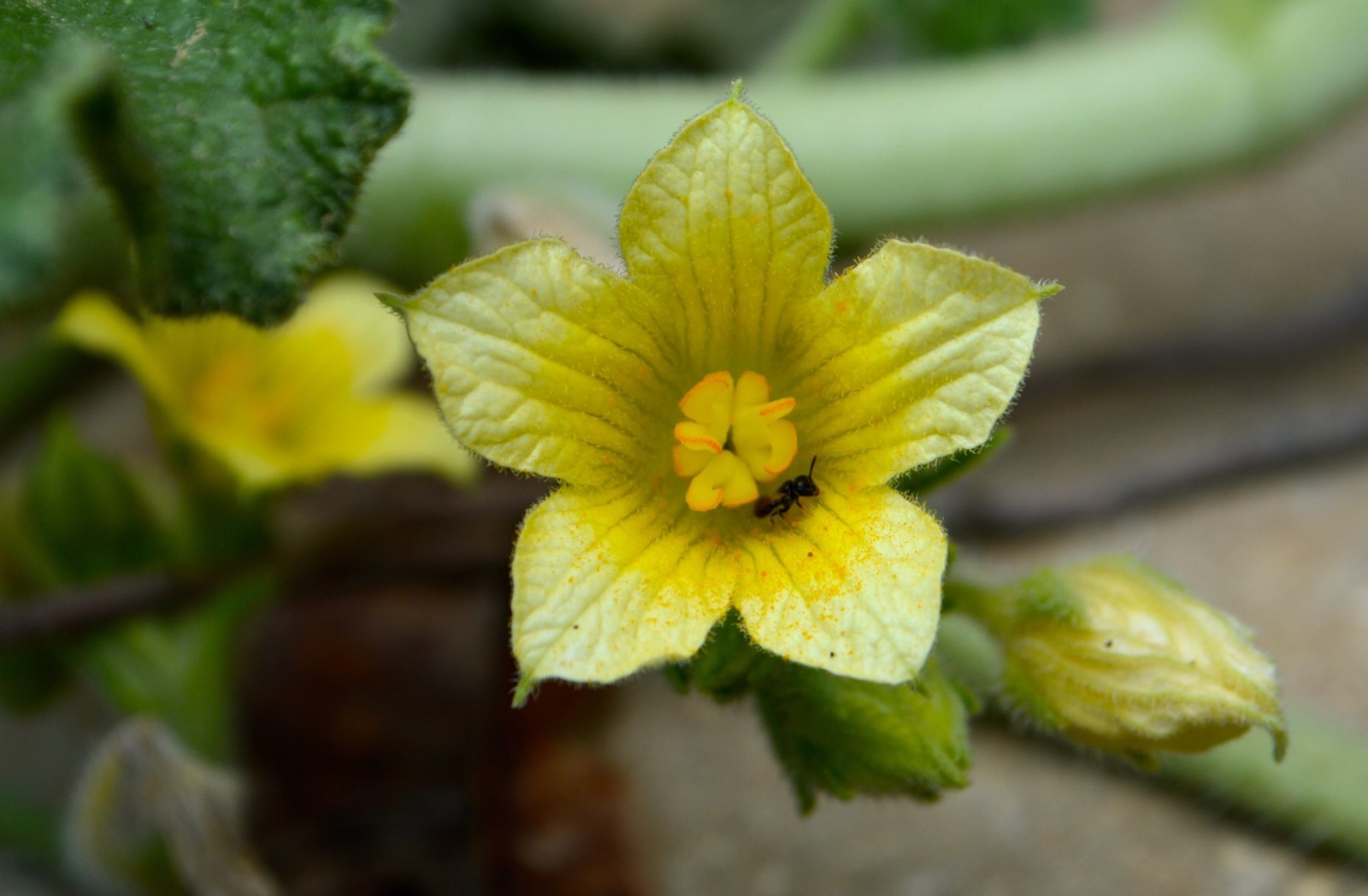 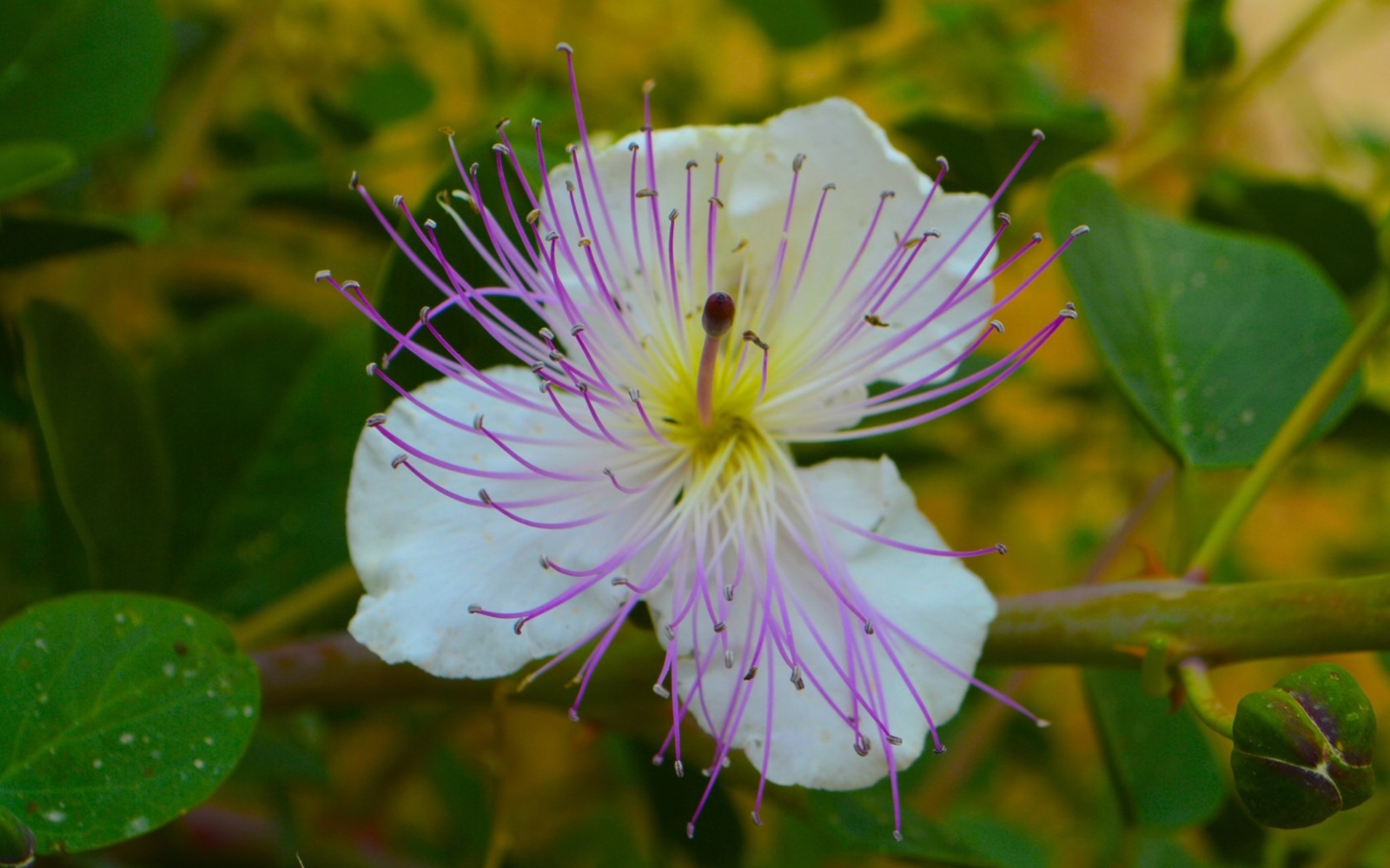 He shared his images on two blogs, one called “The Ma’aleh Adumim Project” and the other “Funny Israel.” The latter was dedicated to amusing signs, especially those bearing butchered English translations.

“Then I got a better camera and started taking pictures in Jerusalem and sending them to contests and posting them on my Facebook page.” He also takes the pictures that illustrate a website he and his son built about the culture and accomplishments of Sephardi Jews. 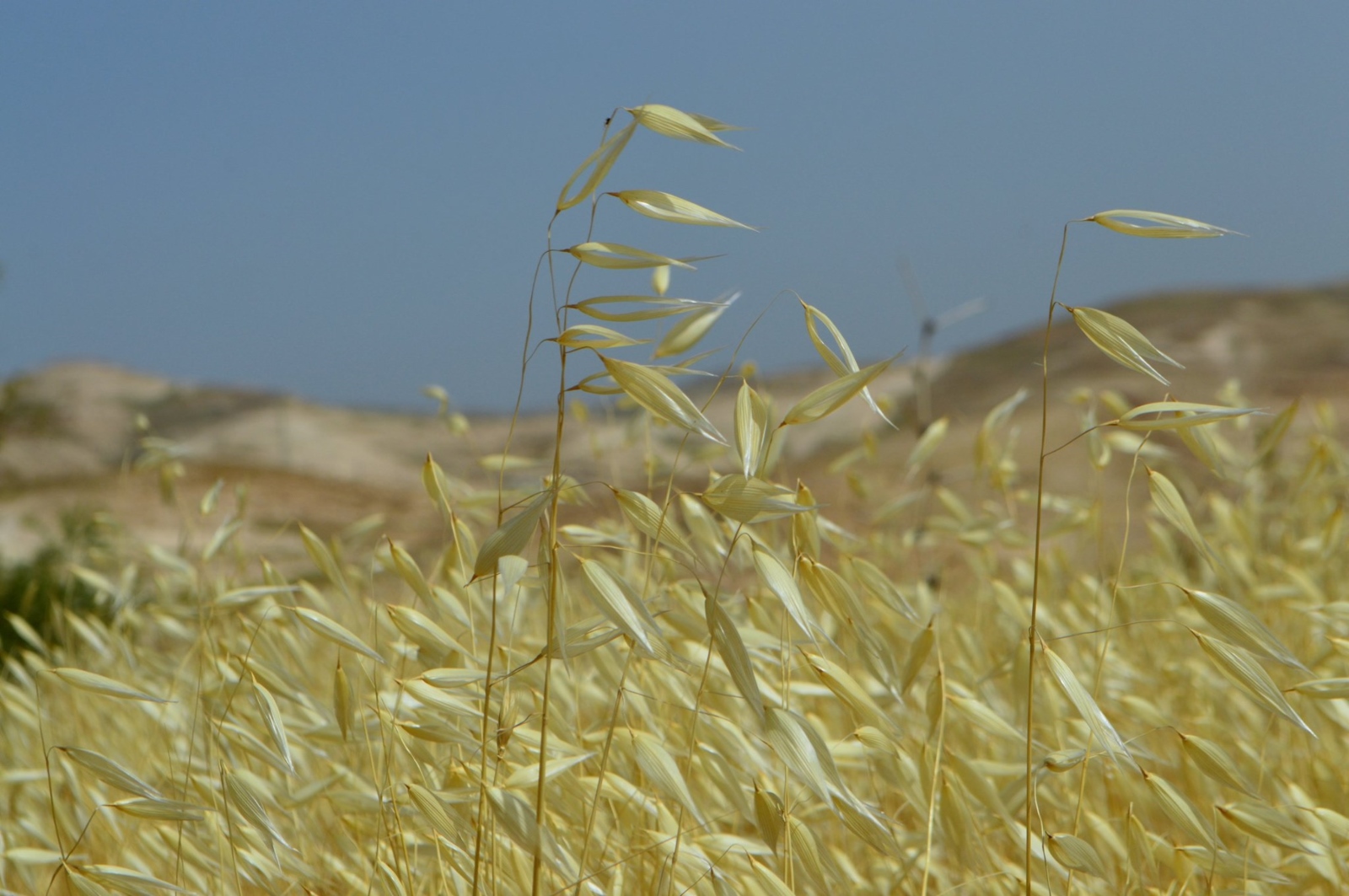 Slender wild oats (Avena barbata) contort at the command of the wind. Photo by Daniel Santacruz

You can see four of Santacruz’s photos in ISRAEL21c’s recent slideshow, “Celebrate life this Independence Day with 60 fabulous photos.” His work also has appeared in the Jerusalem Post. 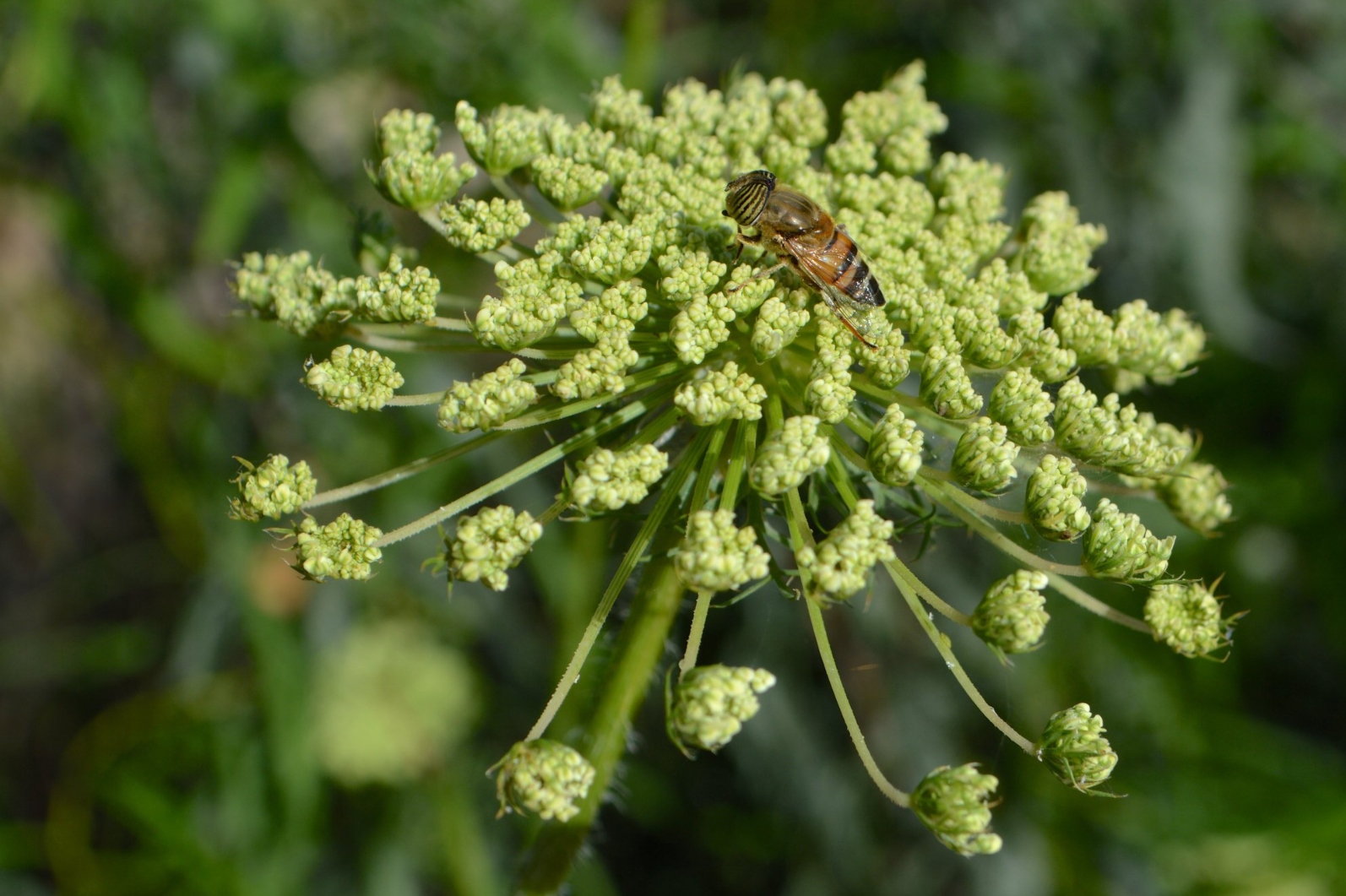 He is meticulous in his work. If he isn’t perfectly happy with a shot, he will return and photograph the plant again in different light or from a different angle. Sometimes he needs to bring a tripod because strong winds in the Judean Desert make it difficult to hold the camera steady.

“The idea is to show people outside of Israel things they don’t get to see every day,” he says. 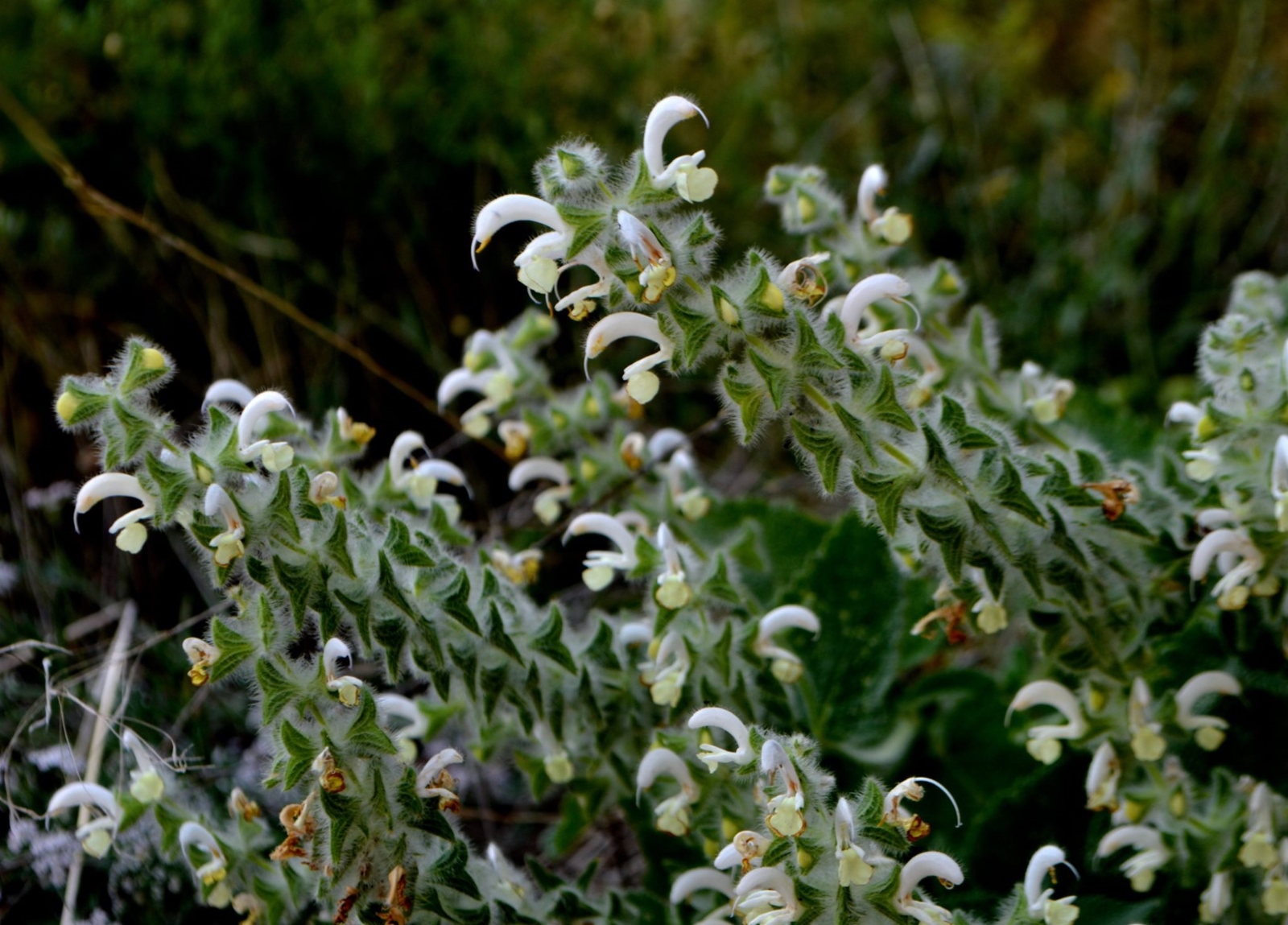 Dominican sage (Salvia Dominica) in the Judean Desert. Photo by Daniel Santacruz
UNCOVER ISRAEL - Get the ISRAEL21c
Weekly Edition free by email
Sign Up Now!
Give
Every
Month
Help ISRAEL21c uncover
the Israel we love