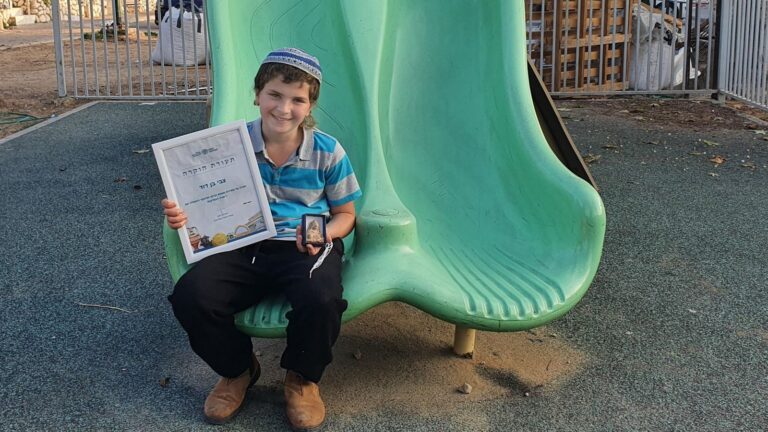 An 11-year-old boy who was recently out hiking with his family caught sight of an unusual object: a rare ancient amulet believed to protect children or increase fertility. The boy handed in his find to the Israel Antiquities Authority, which has only one other such figurine.

Zvi Ben-David picked up the pottery figurine at Nahal Habesor in southern Israel. His mother, a professional tour guide, realized the find’s importance and contacted the Israel Antiquities Authority, which promptly came to recover the figurine and award Zvi with a certificate of appreciation for his good citizenship.

The figurine was delivered to the National Treasures collection, where it will now be researched.

“The figurine, 7 centimeters high and 6 centimeters wide, was made in a mold. It shows a woman with a scarf covering her head and neck, schematic facial features and a prominent nose. The woman is bare-breasted and her hands are folded under her chest,” explain IAA archaeologist Oren Shmueli and curator Debbie Ben Ami. “It was probably used in the sixth–fifth centuries BCE, at the end of the Iron Age or in the Persian period — the late First Temple period, or the return to Zion.” 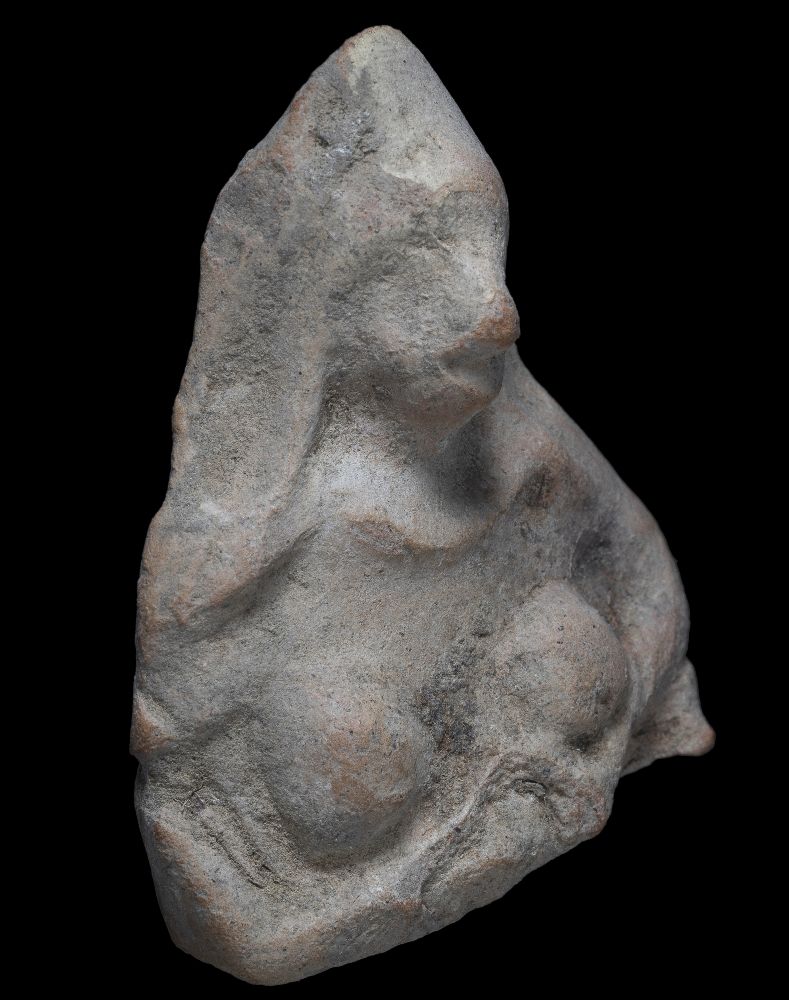 An ancient figurine of a bare-breasted woman wearing a scarf is an amulet that was believed to protect children or increase fertility. Photo by Yevgeny Ostrovsky/Israel Antiquities Authority

“Pottery figurines of bare-breasted women are known from various periods in Israel, including the First Temple era. They were common in the home and in everyday life, like the hamsa today, and apparently served as amulets to ensure protection, good luck and prosperity,” they added.

“We must bear in mind that in antiquity, medical understanding was rudimentary. Infant mortality was very high and about a third of those born did not survive. There was little understanding of hygiene, and fertility treatment was naturally non-existent. In the absence of advanced medicine, amulets provided hope and an important way of appealing for aid.”

Ben-Zvi isn’t the first child to stumble upon ancient finds in Israel. Only last year, a 13-year-old boy foraging for mushrooms found an ancient burial inscription. In 2015, an eight-year-old happened upon the head of a fertility goddess statuette. And they’re not alone – hikers in Israel keep on stumbling upon ancient relics.