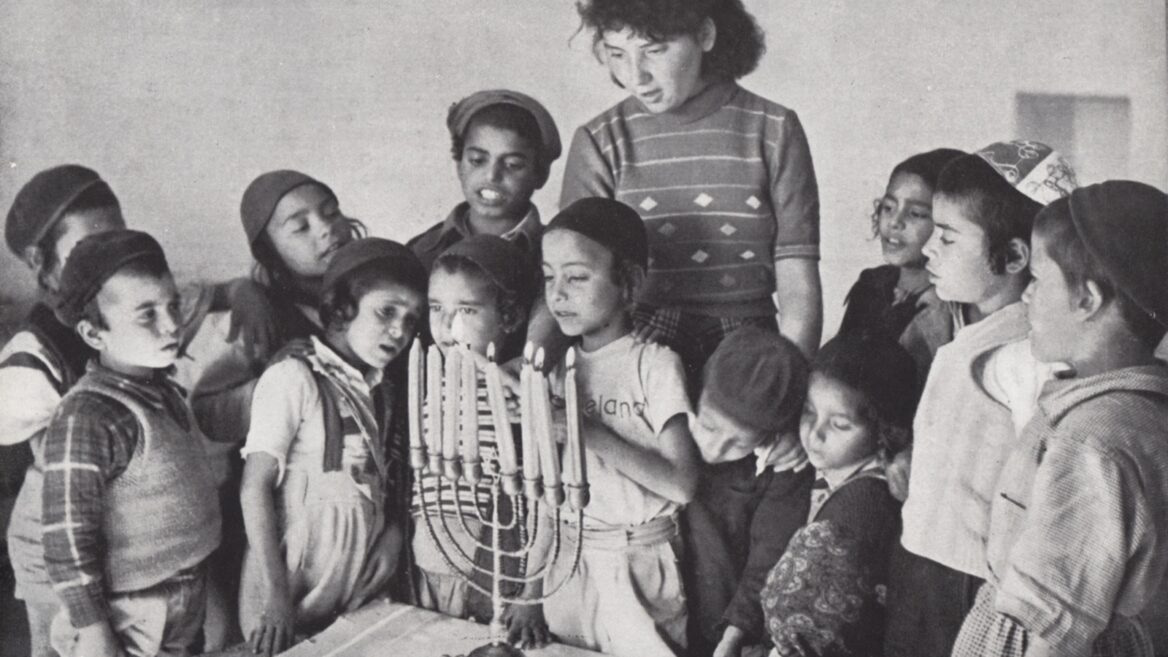 Israelis love a party, no matter what the season, so the winter holiday of Hanukkah provides the perfect opportunity to “banish the darkness” with bright candle light.

At this very moment,schools, army units and offices around the countryare readying to celebrate the holiday with sufganiyot (jelly donuts), levivot (potato pancakes) and, of course, lighting the hanukkiyah (menorah).

One Hanukkah tradition familiar to every Israeli from nursery school on up is the festive candle headdress, generally worn by eight children playing the part of a human Hanukkah menorah. 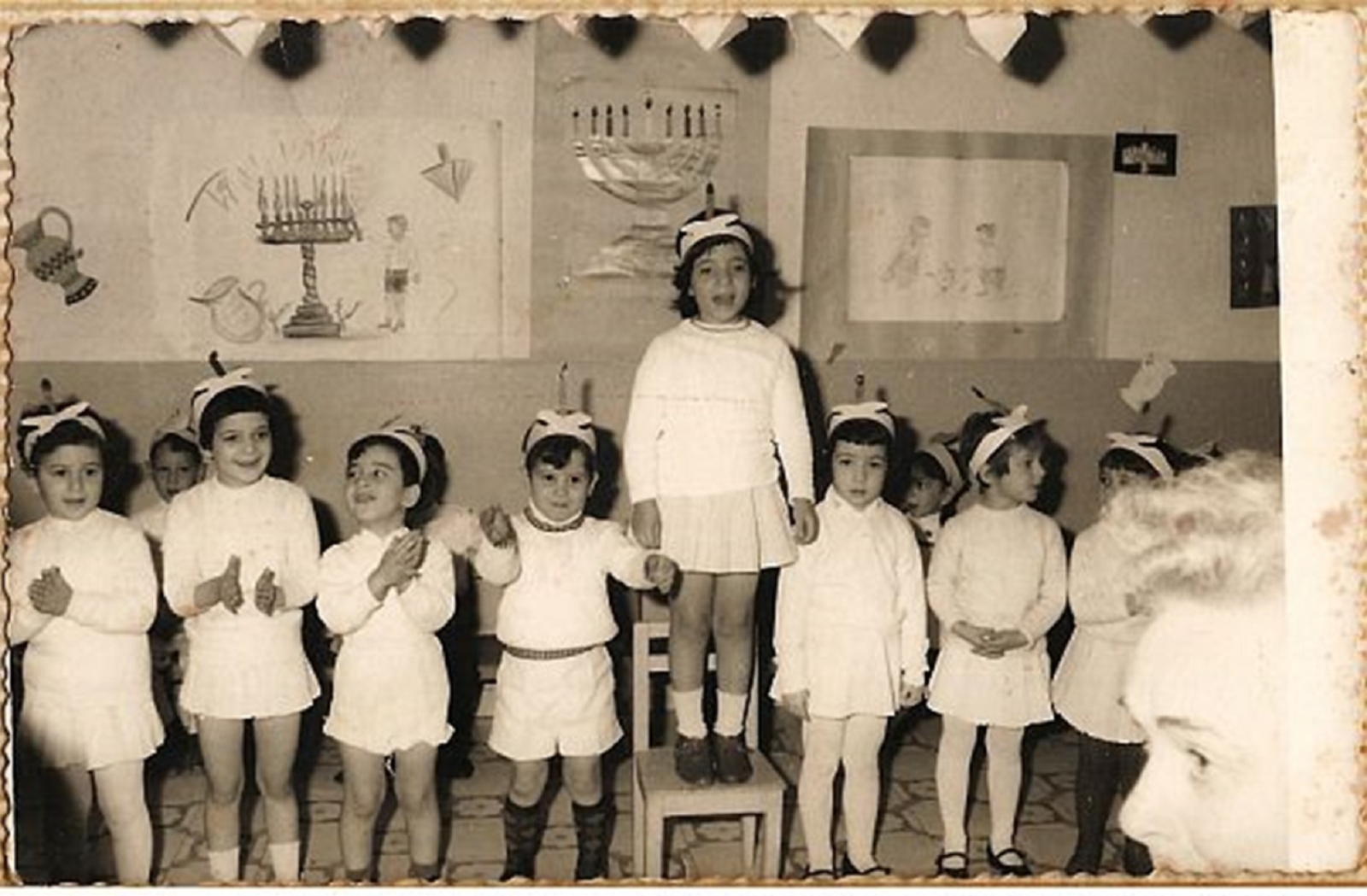 A 1966 kindergarten class in Haifa wearing candle headdresses to play the part of a Hanukkah menorah. Photo by OlySela/Nostalgia Online 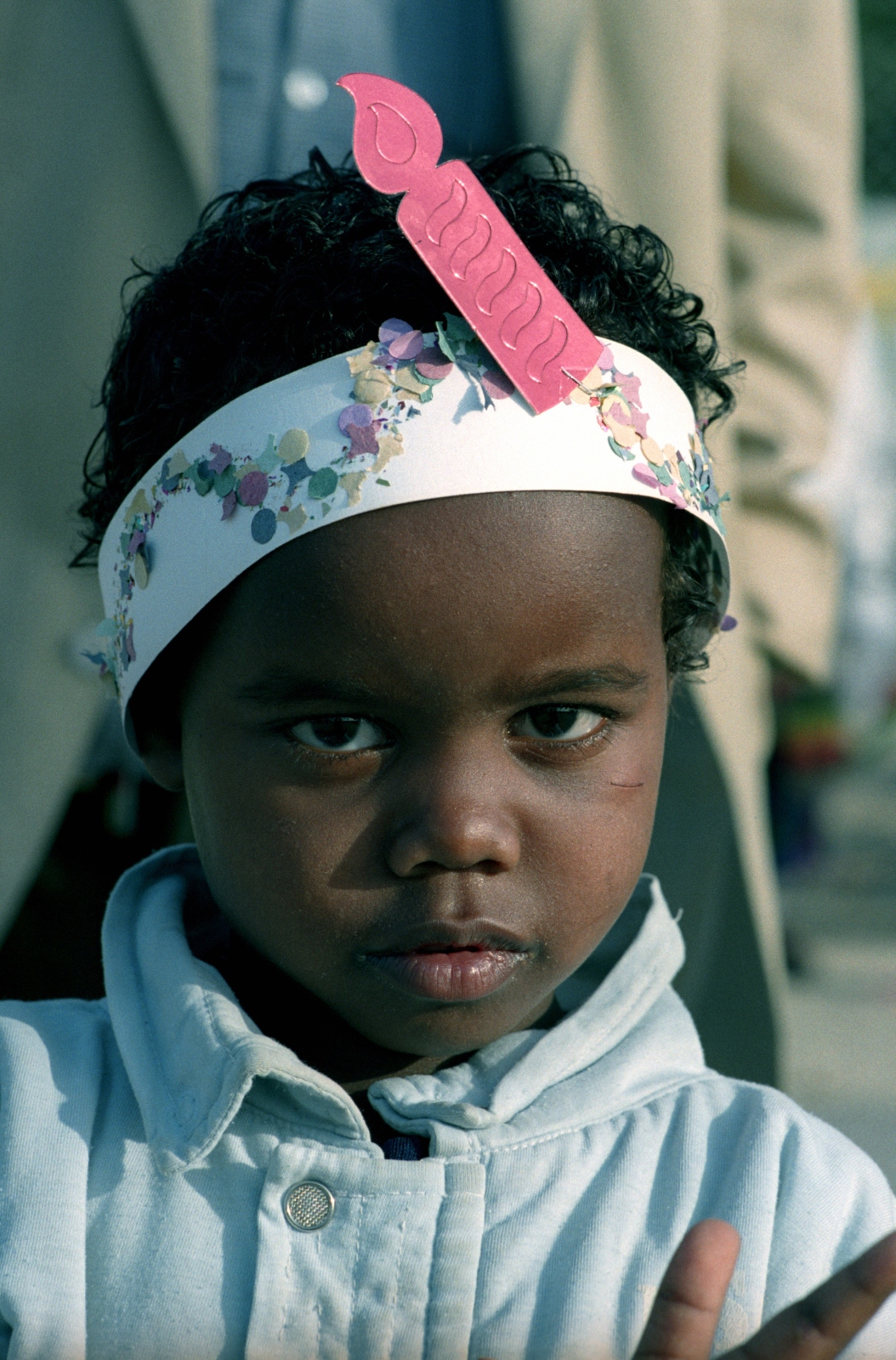 A recent arrival from Ethiopia wears a Hanukkah crown at the Hulda absorption center, 1992. Photo courtesy of the Dan Hadani Photo Archive/Pritzker Family National Photography Collection at the National Library of Israel

The school pageant is almost always accompanied by the song “Ner Li, Ner Li” (“A Candle for Me”).

Another Israeli tradition for Hanukkah is the torchlight parade. Hanukkah has always provided a welcome respite for soldiers, with celebrations taking place indoors or out in the field. 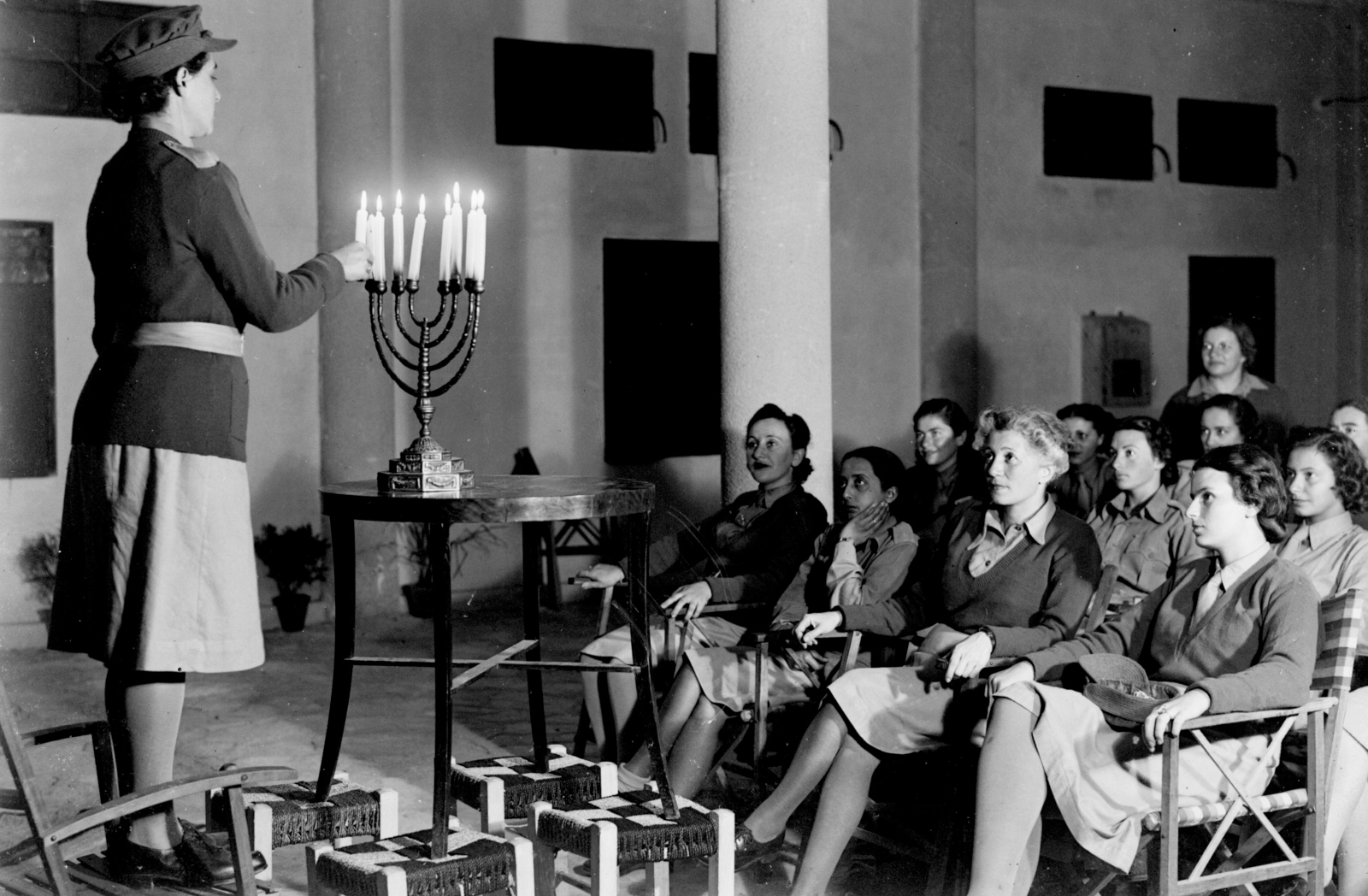 ATS and WAAF recruits, aged 20 to 45, were posted to 16 units in Palestine, Egypt, Syria and Lebanon where they served in variety of roles. The Jewish Brigade served in the Italian campaign in the latter stages of the war.

The Jewish units tried, as much as possible to maintain a Jewish and Zionist atmosphere in their camps, including candle-lighting at Hanukkah. 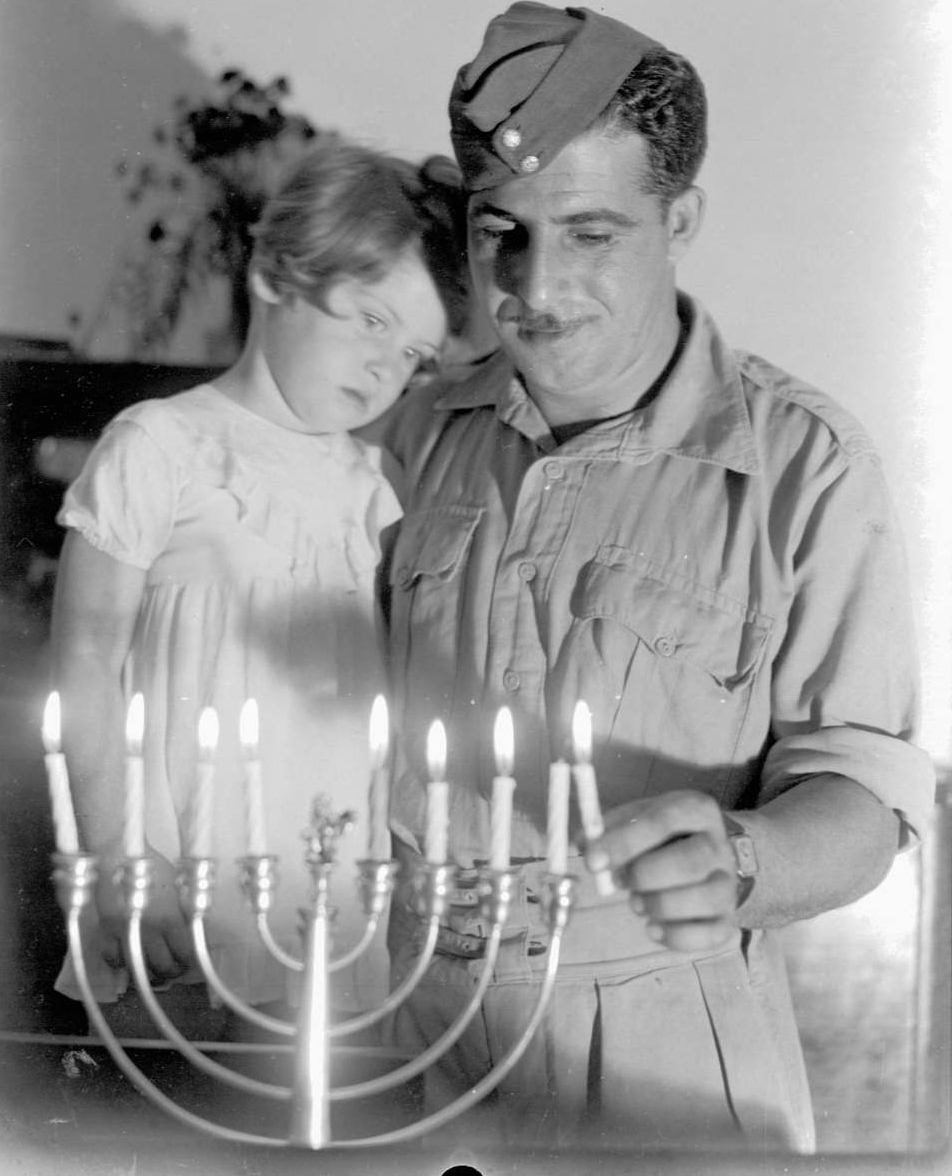 A soldier on leave while service in the British Army’s Jewish Infantry Brigade lights candles with his young daughter in 1941. Photo: GPO

Every IDF unit has its Hanukkah celebrations, some more unusual than others, as in the case of a 1970 torch run that culminated in lighting a menorah made of spent rocket shell casings. 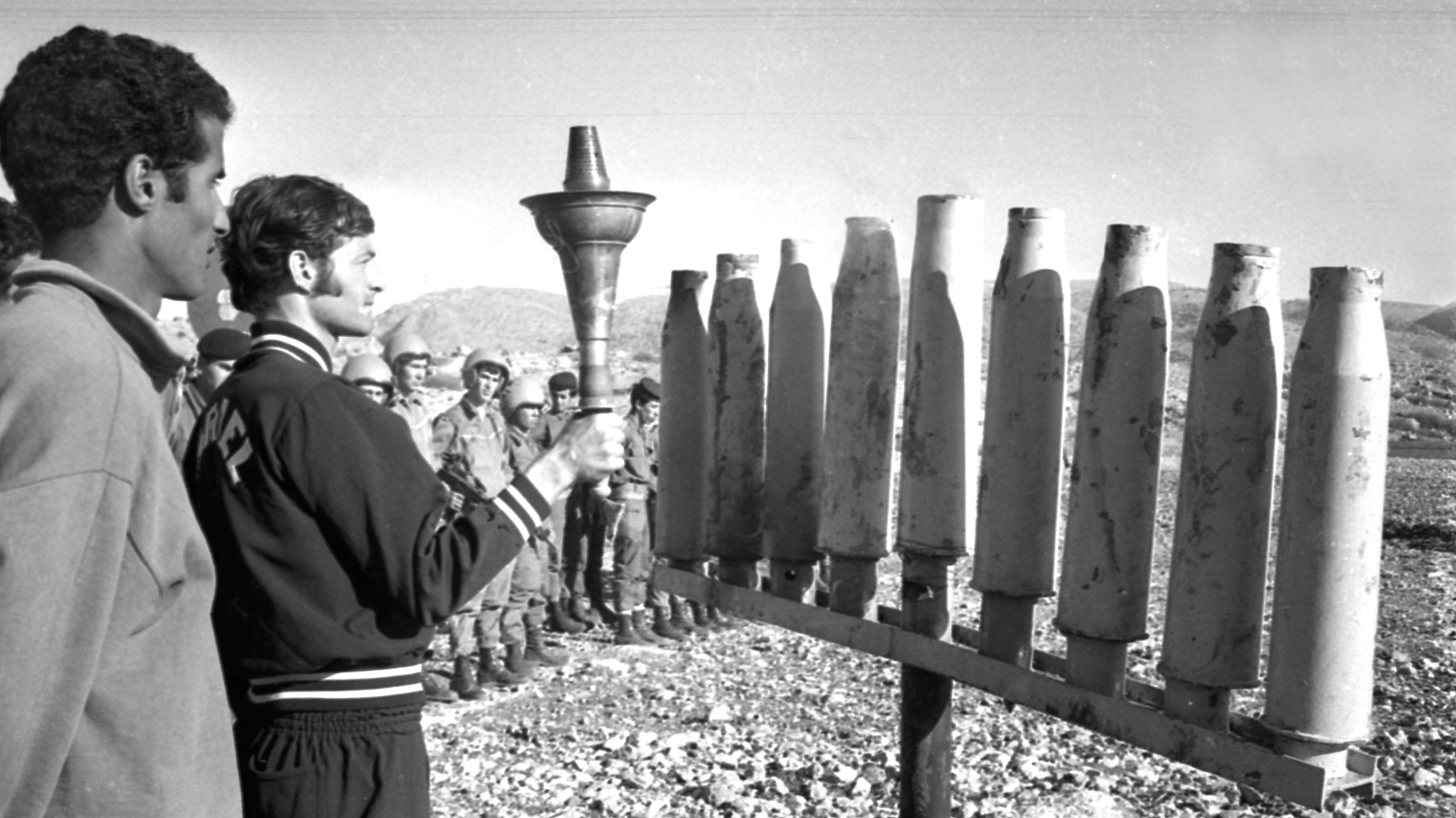 IDF soldiers light a menorah made of spent rocket shells in 1970. Photo courtesy of the Dan Hadani Photo Archive/Pritzker Family National Photography Collection at the National Library of Israel

In the winter of 1973, IDF soldiers took a break from the cold and gloom of the Yom Kippur War to gather inside a tent and light candles. 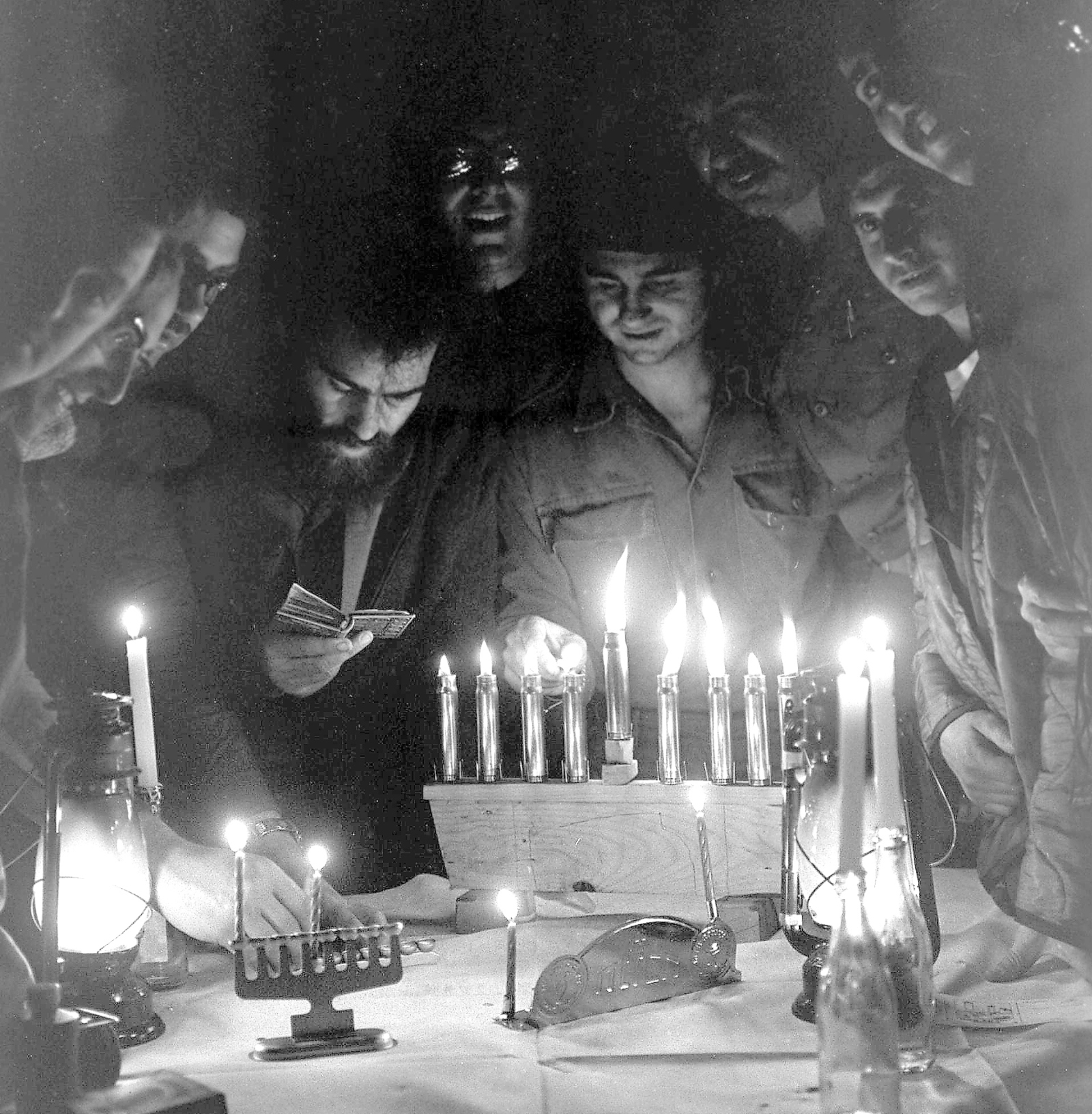 Israeli politicians use the candle lighting ceremony as an opportunity to press the flesh, mend fences and, of course, have their pictures taken. In 1952, Prime Minister David Ben-Gurion, together with members of the Second Knesset lit the sixth night’s candles after a cabinet meeting. 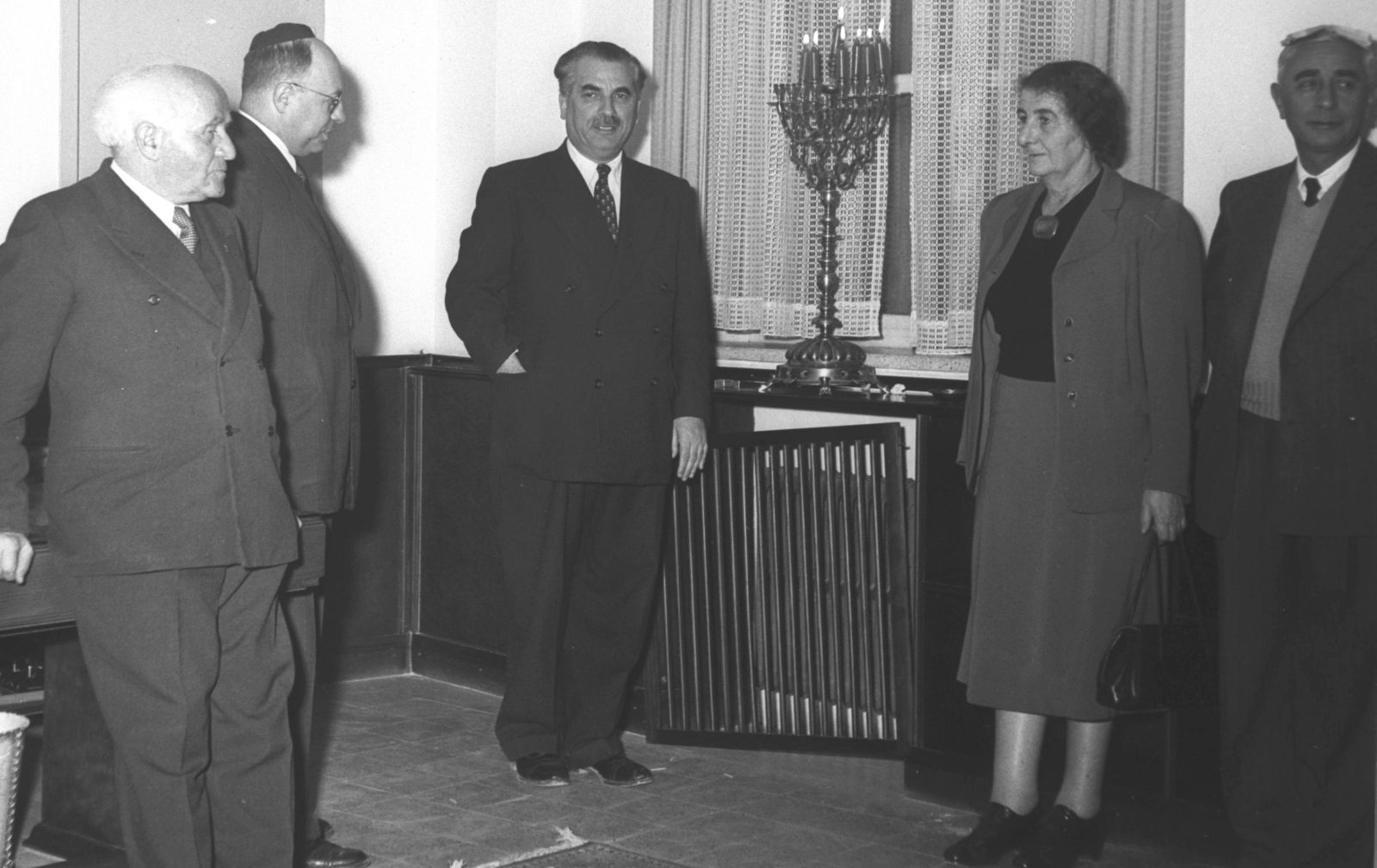 In 1983, after talks at the White House on Israel-US strategic, political, military and economic cooperation, Prime Minister Yitzhak Shamir and his wife, Shulamit, lit the menorah while on their return flight from Washington, DC. 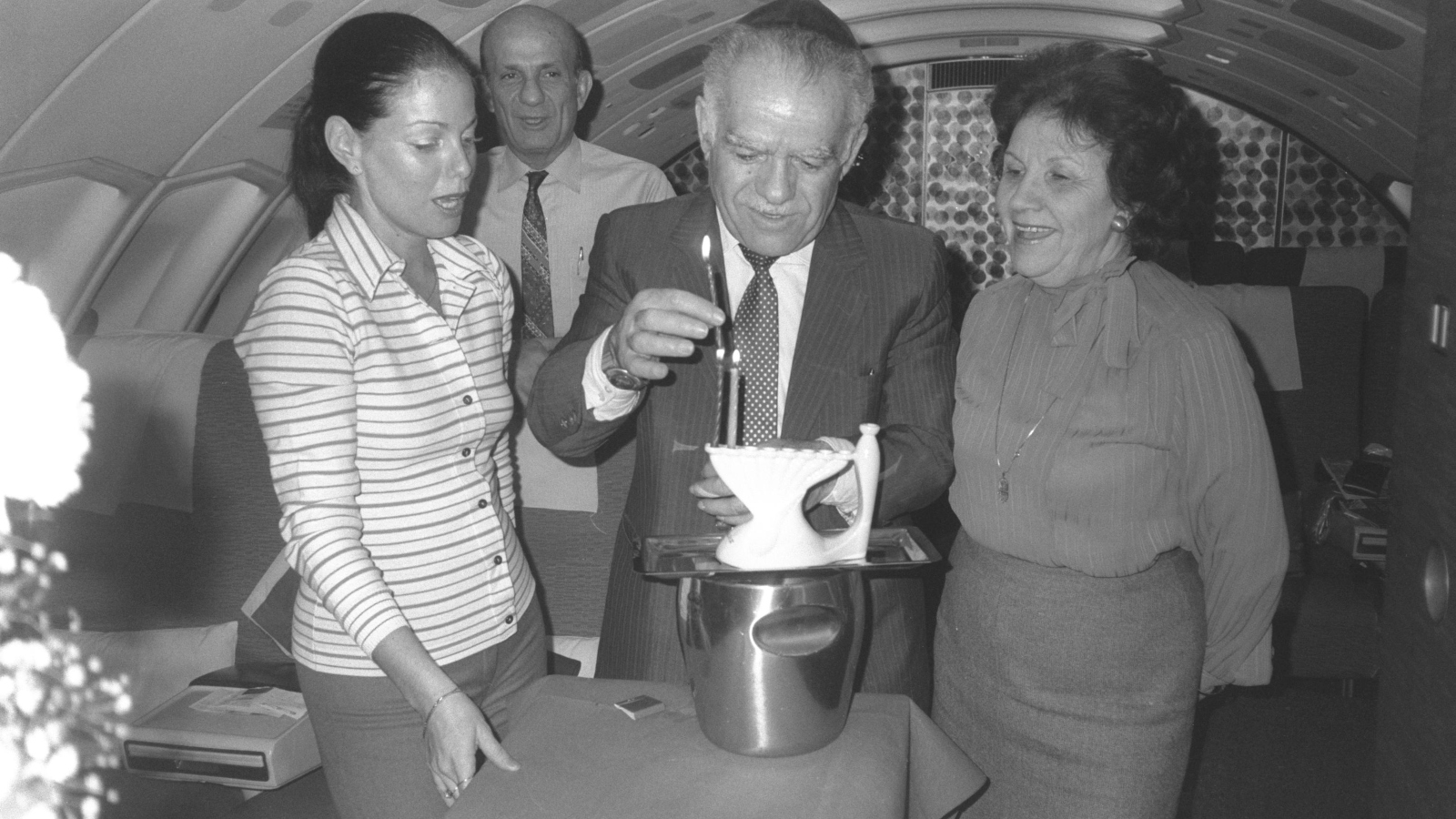 Yitzhak and Shulamit Shamir light a Hanukkah menorah in flight to Tel Aviv from Washington in 1983. Photo: GPO

Jerusalem has a special tradition of displaying menorahs in glass cases placed outside the house. Throughout the eight nights of Hanukkah, the capital city’s streets are lined with glowing boxes that banish the mid-winter darkness, for all to enjoy. 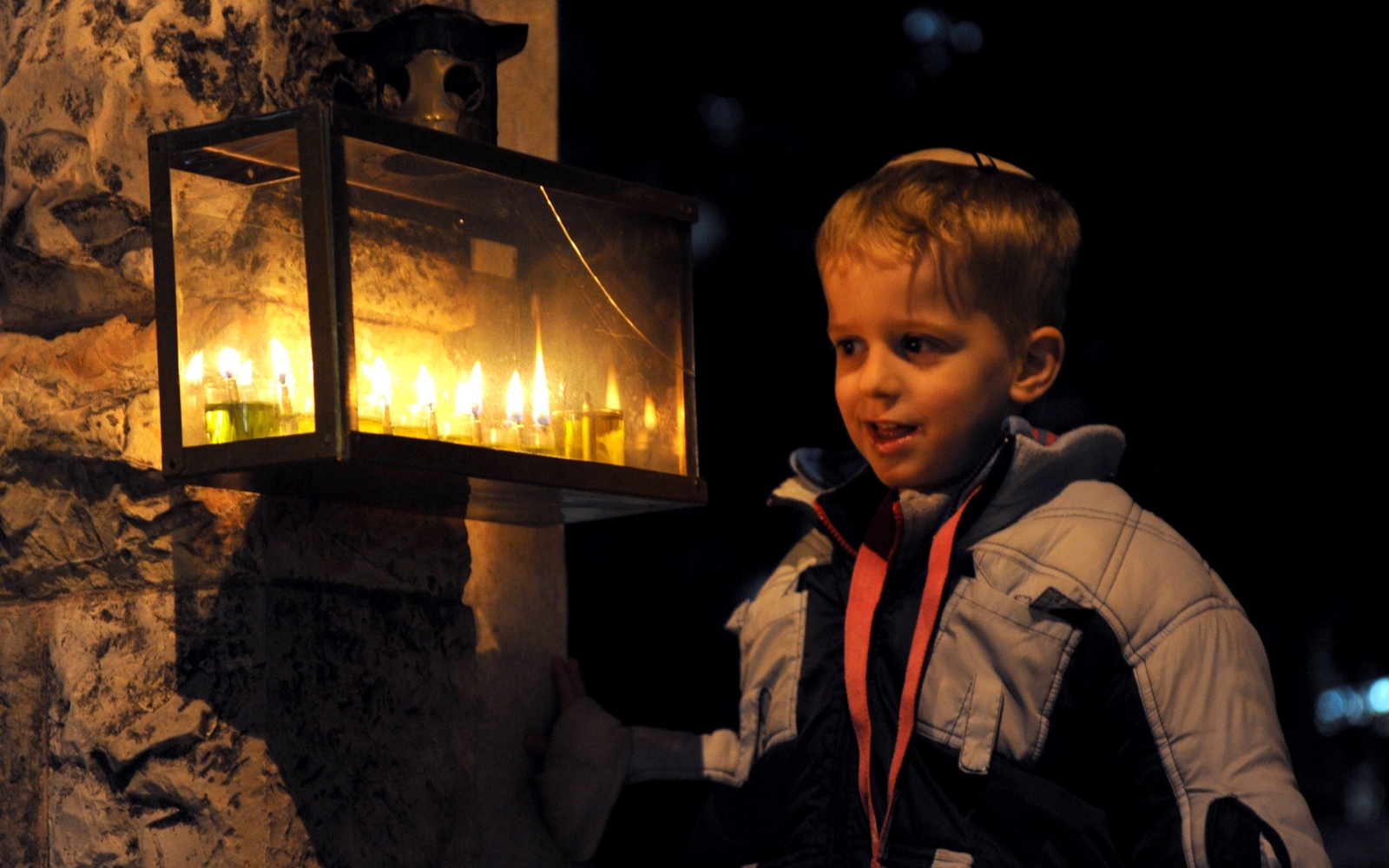 Jerusalemites enjoy the glow of brightly lit menorahs in glass cases. Photo: GPO
UNCOVER ISRAEL - Get the ISRAEL21c
Weekly Edition free by email
Sign Up Now!
Give
Every
Month
Help ISRAEL21c uncover
the Israel we love