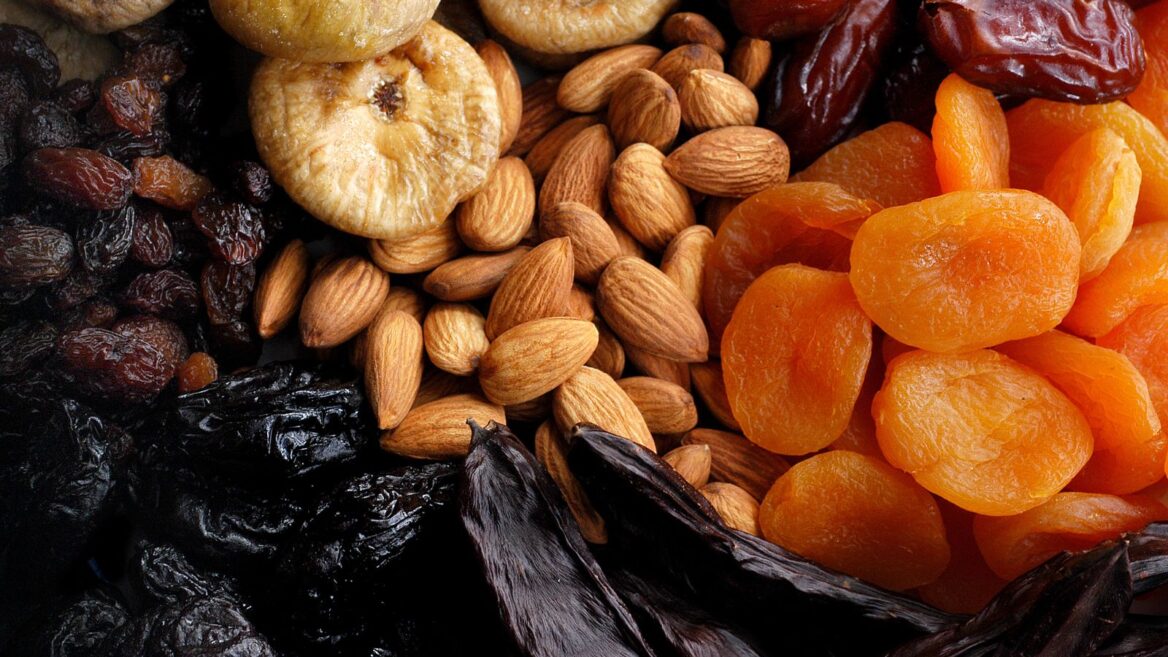 Dried fruit on sale at the Machane Yehuda Market in Jerusalem. Photo by Kobi Gideon/Flash90

With the recent New Year’s Eve being a rather underwhelming event courtesy of Covid-19, it’s a good thing that there’s another one just around the corner: Tu B’Shvat, the Jewish New Year of the Trees, celebrated on January 28 this year.

The festival is one of the lesser-known ones on the Jewish calendar, tucked in between the more famous Hannukah and Purim. Nonetheless, it’s pretty cool and also very easy to celebrate – even in accordance with health regulations.

Here are 10 fabulous facts about Tu B’Shvat to get into the holiday spirit, best enjoyed while nibbling on some dried fruit (more on that below). 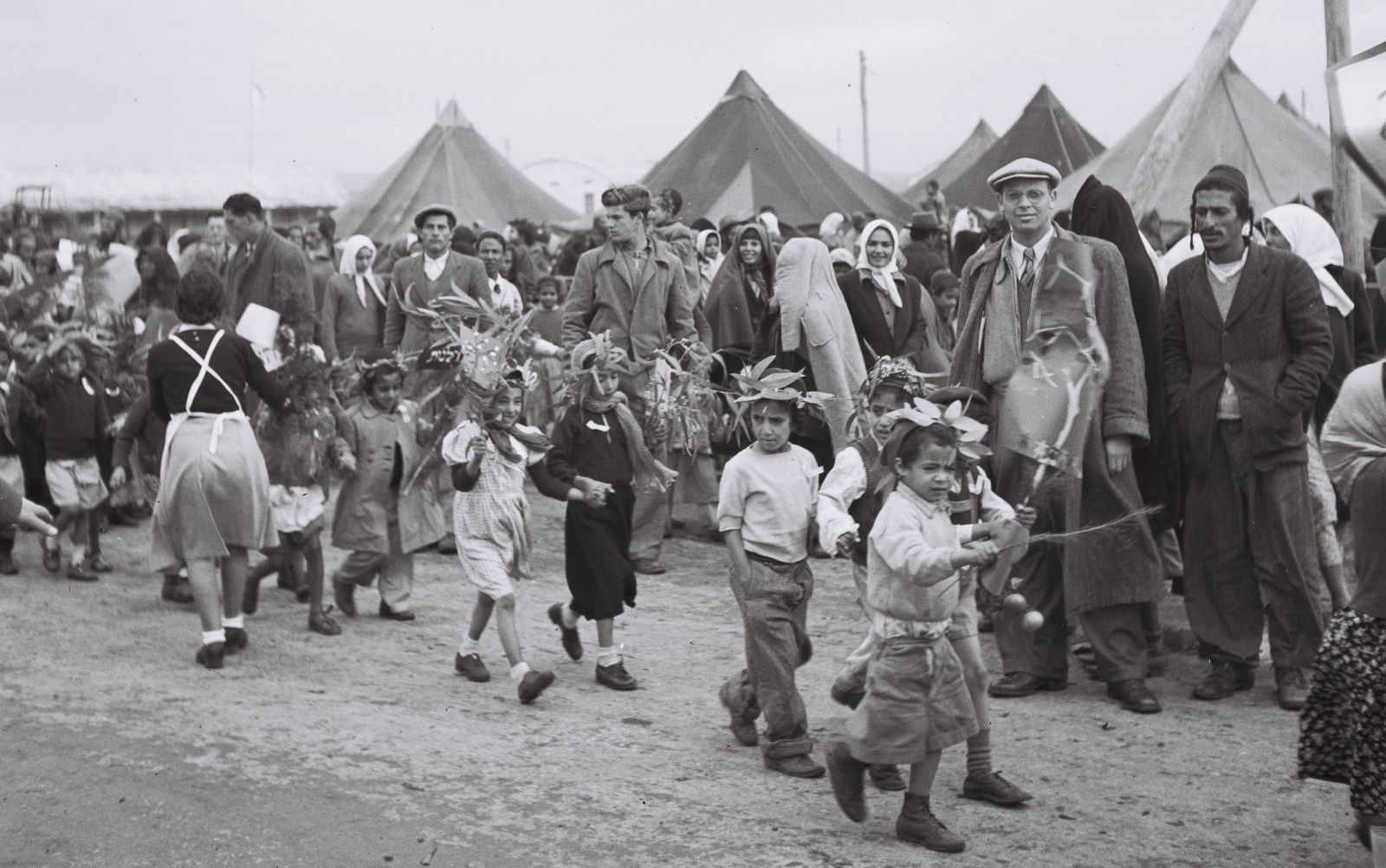 While we’re all familiar with the Jewish New Year – the one that involves dipping apple in honey – there are actually four New Years on the Jewish calendar and one of them is Tu B’Shvat, which marks a new year for trees and the revival of nature. Somewhat confusingly, Tu B’Shvat is reminiscent of Passover since many people also celebrate it with a type of Seder. What can we say, it’s the best of both worlds. 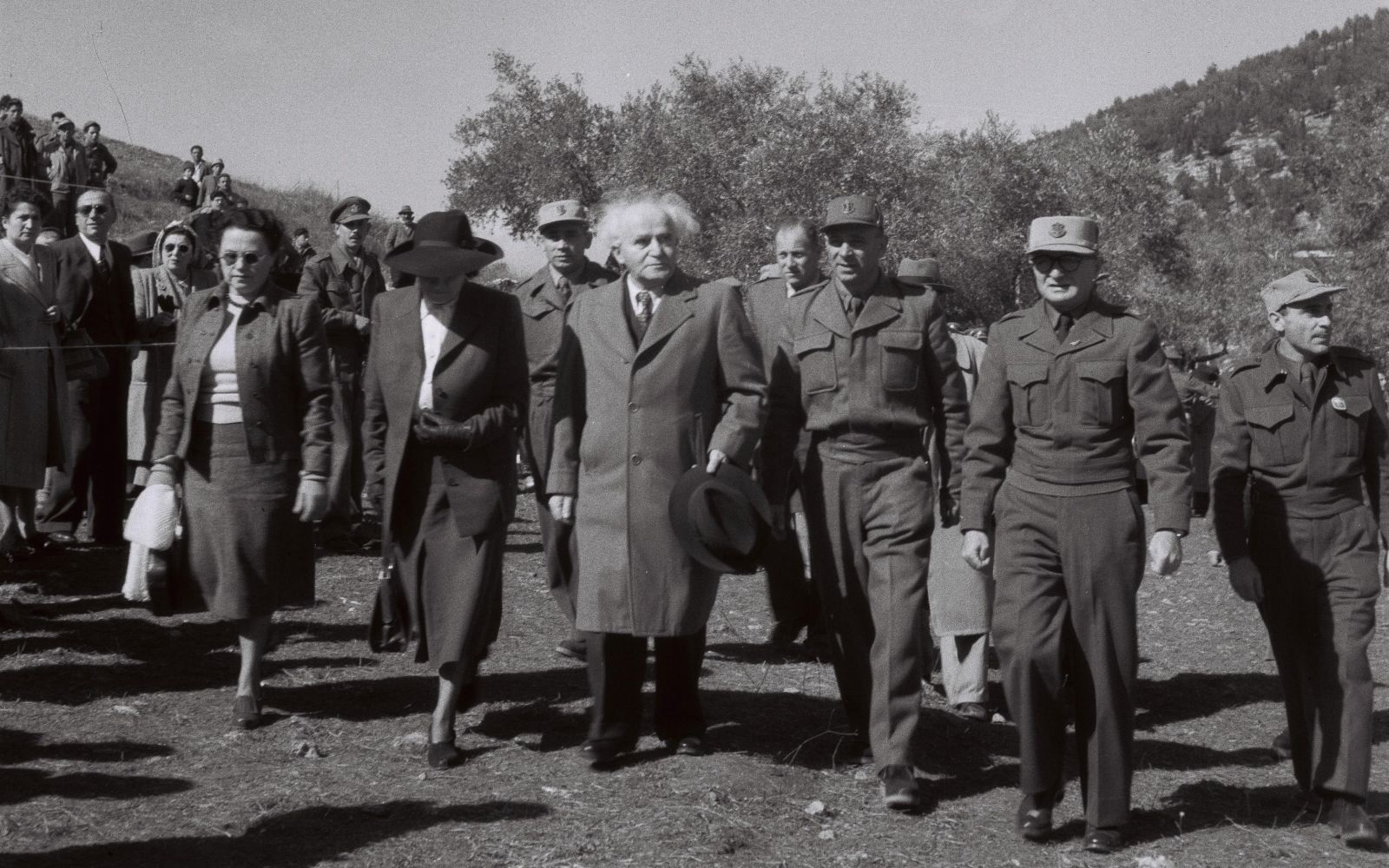 Israel’s first prime minister, David Ben-Gurion, center, plants a tree on Tu B’Shvat at what was known as Bab El Wad near Jerusalem in 1949. Photo by David Eldan/GPO

Tu B’Shvat is not mentioned in the Bible but first appears in Jewish sources in the text of the Mishnah collection of oral traditions circa the third century CE. Evidence of Tu B’Shvat celebrations during the Middle Ages have been found in the Cairo Geniza and in multiple Jewish texts, shedding light on ancient customs and prayers relating to the holiday. The Hebrew month of Shvat is named after the beating winds and rains that characterize this time of year. Women walk on Herzliya beach in between storms. January 2021. Photo by Nicky Blackburn

As you can see, the name Tu B’Shvat is comprised of two words. The first, “Tu,” equals 15 in gematria, where each Hebrew letter represents a number. The second, “Shvat,” is the name of the Hebrew month in which the festival is celebrated. Shvat got its name from a word in the ancient Akkadian language that means “beat” or “hit” to describe the beating winds and rains that characterize this time of year. Joined together, the two words then mean “The 15th of Shvat” – the Hebrew date of the holiday. Not complicated at all. 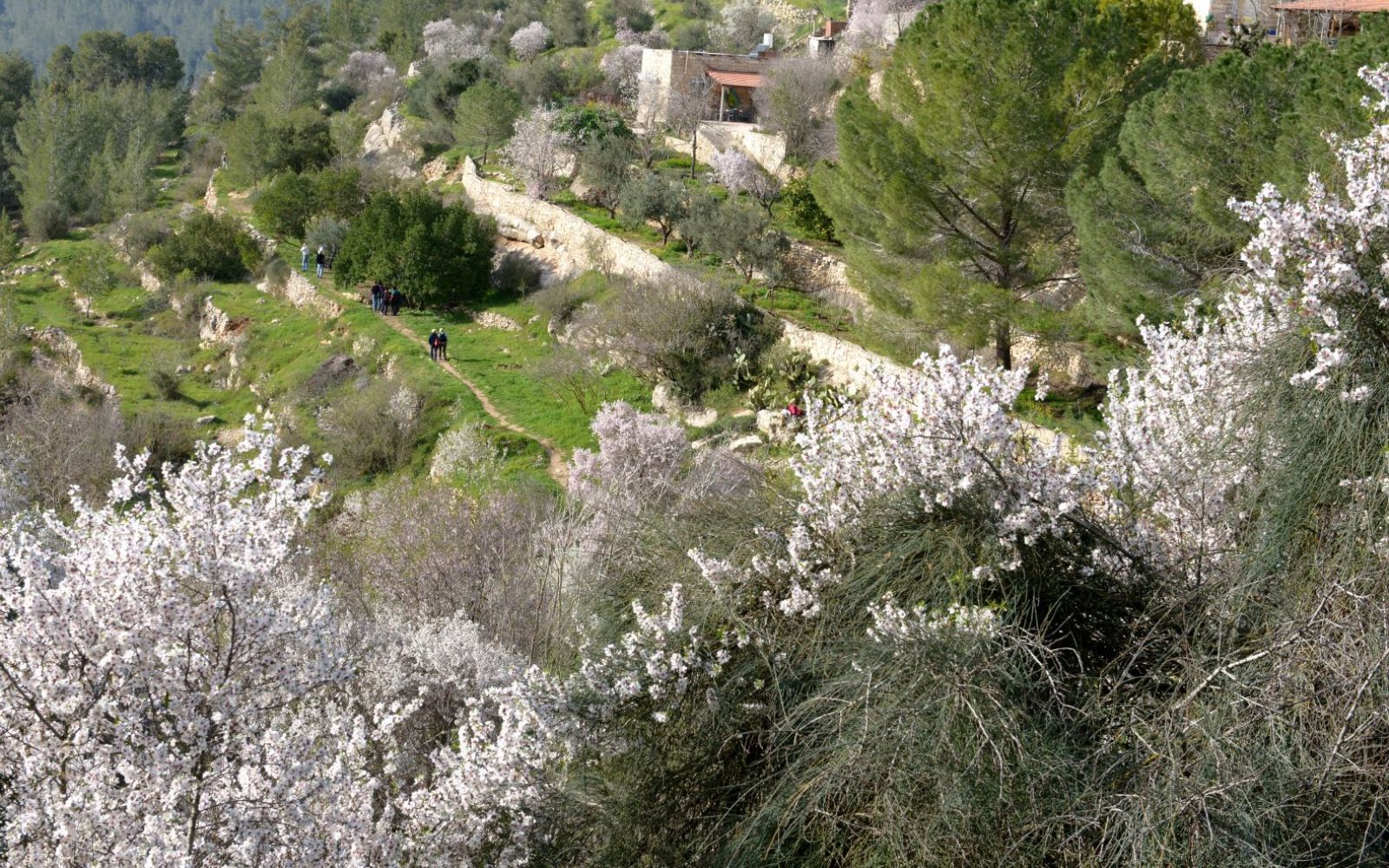 Almond trees bloom on the roadside around the time of Tu B’shvat. Photo courtesy of GPO

Aside from checking the Hebrew calendar, the surest way to realize that Tu B’Shvat is upon us is the sight of blooming almond trees in Israel. The magnificent pink and white bloom takes place around the same time as the holiday, making the tree a symbol of the festival and earning it an honorable mention in festive nursery rhymes sung in kindergartens across the country. 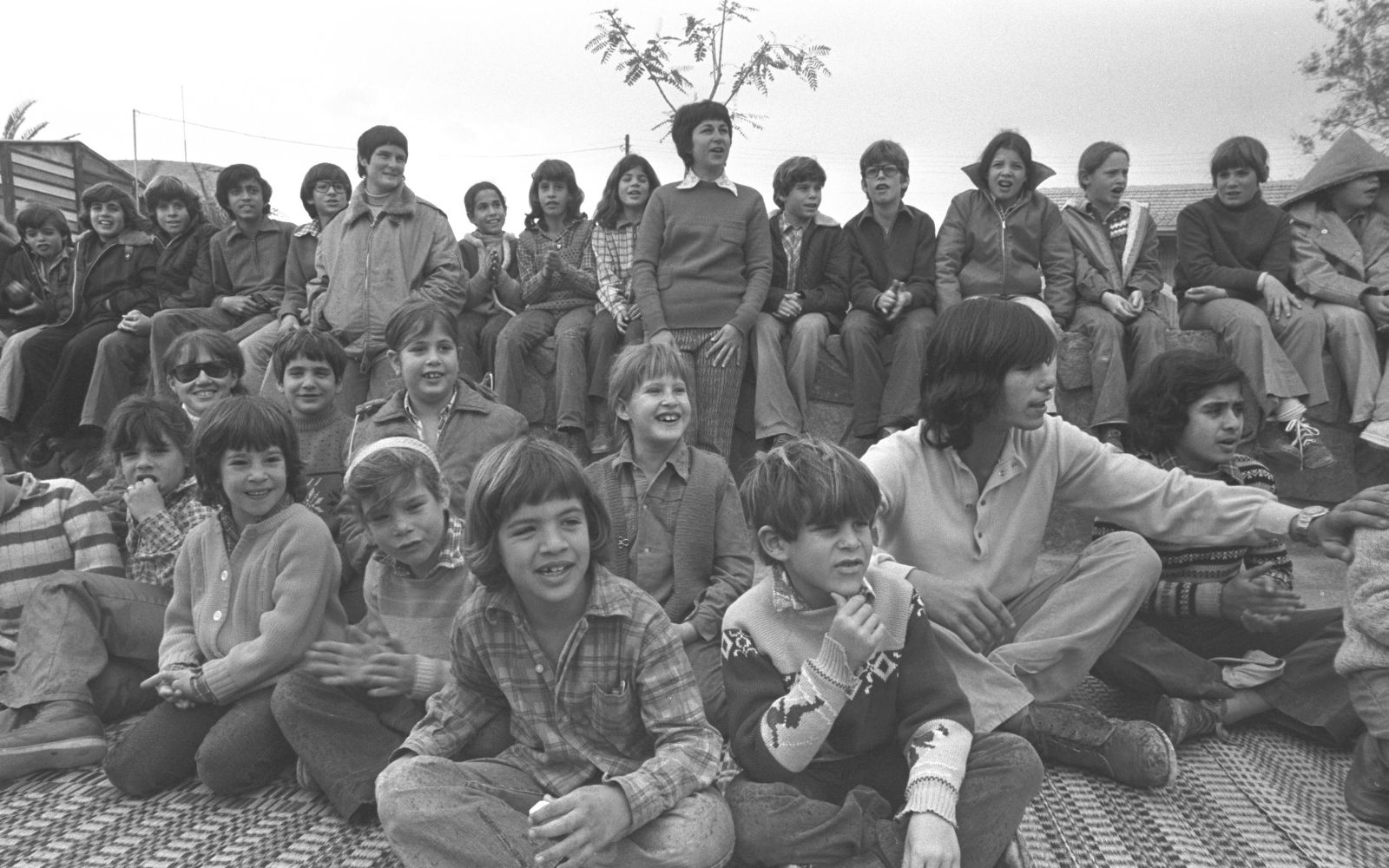 The Jewish New Year has its fish heads (eeww), Passover the chopped liver (yum for some) and Shavuot the most delicious cheesecakes known to mankind. Tu B’Shvat, however, is the most vegan celebration on the Jewish calendar since it is marked by eating lots of dried fruit and nuts and drinking wine. Perfect. 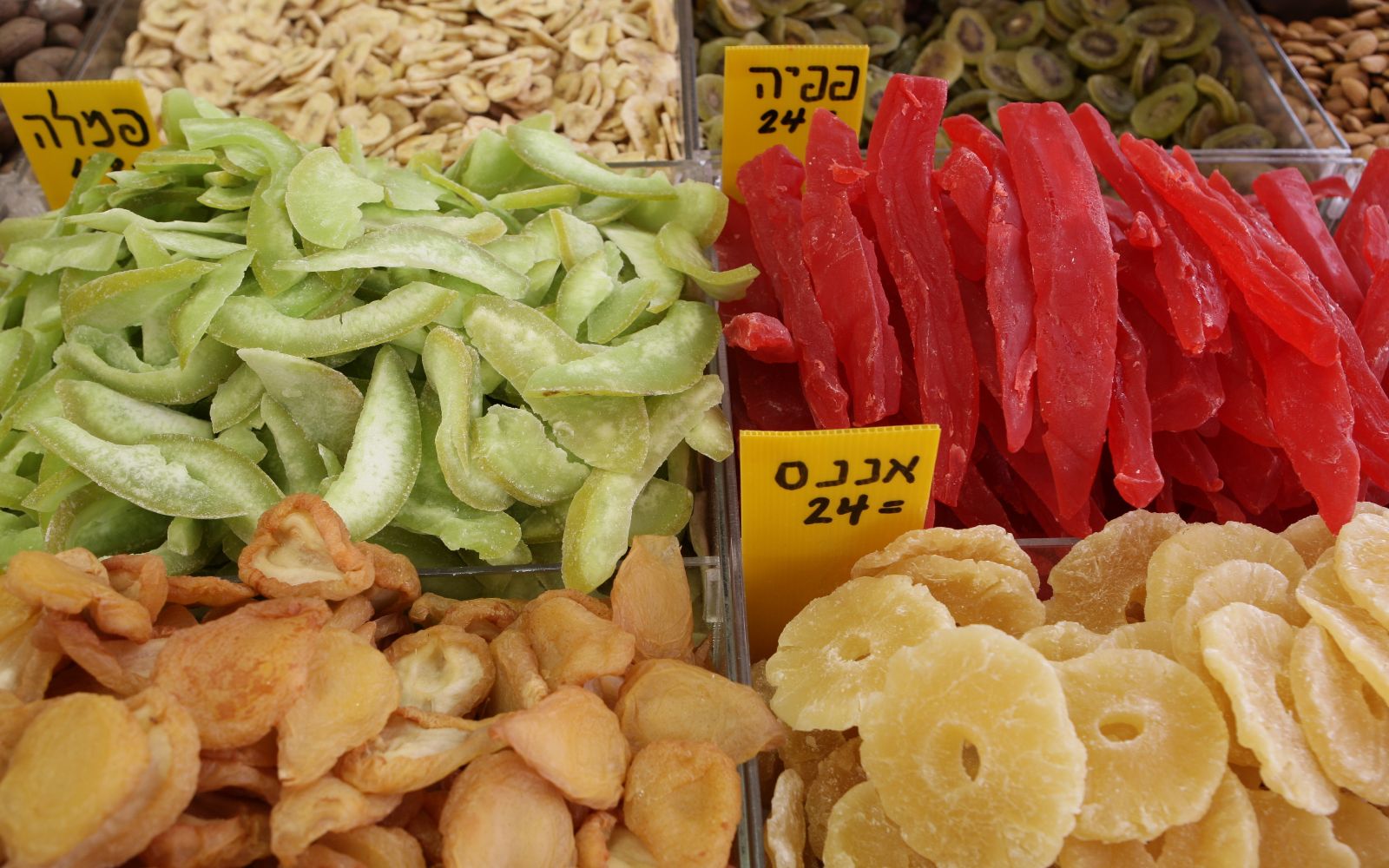 The tradition of eating dried fruit took hold in the diaspora. Photo by Nir Darom via Shutterstock.com

As stated above, Tu B’Shvat is celebrated by gifting and eating copious amounts of dried fruit. But where does this weird tradition come from? Originally, Jews in the Land of Israel marked the holiday by eating the fruit of the land – this being the New Year of the Trees – but once they found themselves in the diaspora these fruits were no longer readily available. The solution was to eat dried versions of the fresh stuff, and this tradition stuck. Raisins, anyone?

Although dried fruit does contain fiber, vitamins and minerals, and is definitely better for you than, say, the oil-drenched donuts of Hanukkah, it does contain lots of natural sugar and sometimes added sugar as well. Dried fruits’ small size compared to their original, non-dehydrated selves makes it easier to eat really huge amounts. So enjoy in moderation. Or not – after all, it’s been a horrible year. 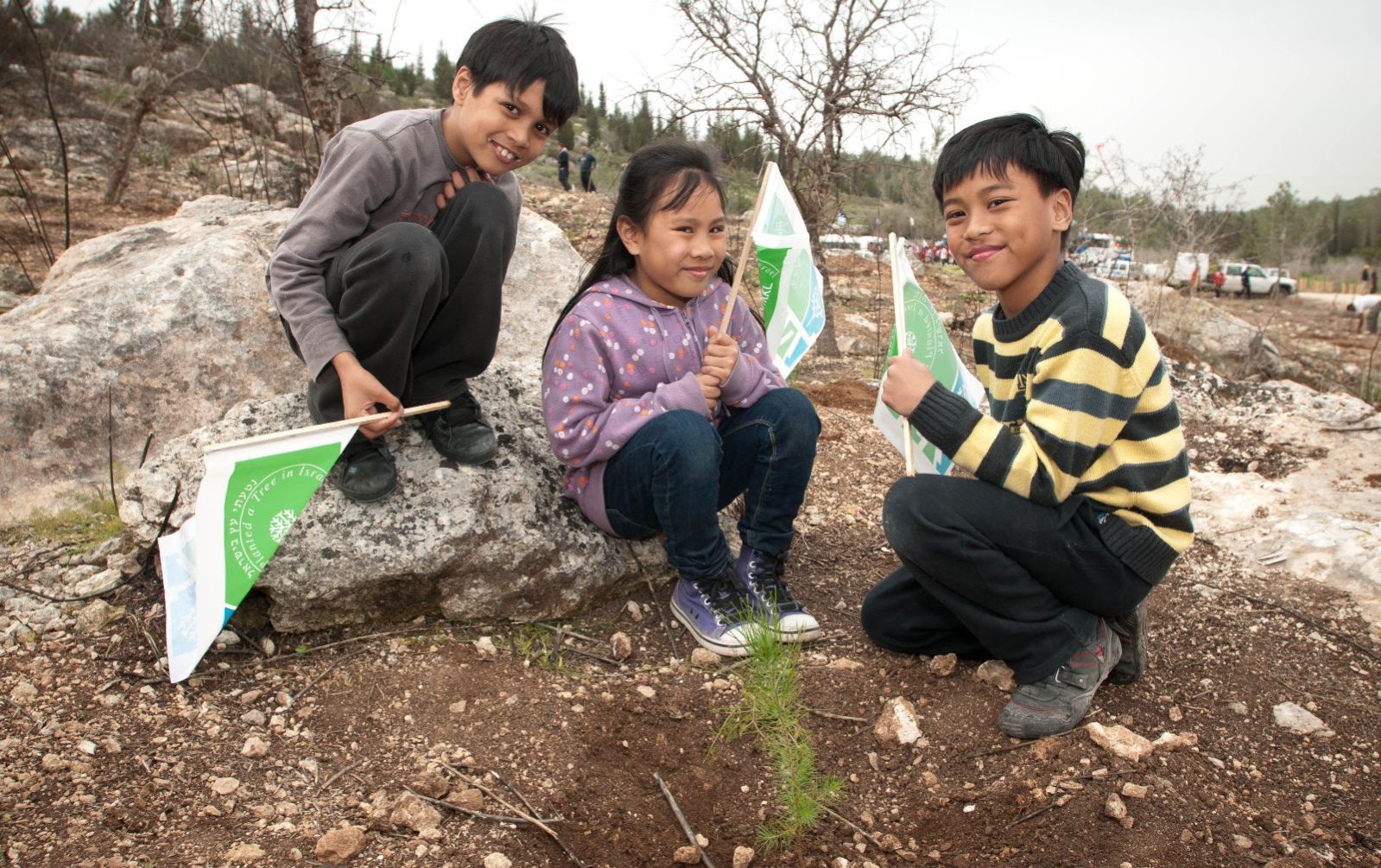 Children plant trees in the Ben Shemen Forest ahead of Tu B’shvat. Photo by Omer Miron/Flash90

In the late 19th century, Tu B’Shvat got a Zionist flavor when it was decided to mark the occasion by planting trees on land newly acquired by the Jewish National Fund. The JNF kept raising donations worldwide to purchase more lands and make them greener, and a custom evolved for schoolchildren to plant trees in forests to celebrate the holiday. The effect is impressive – overall, the last 120 years have seen some 250 million trees planted in Israel. 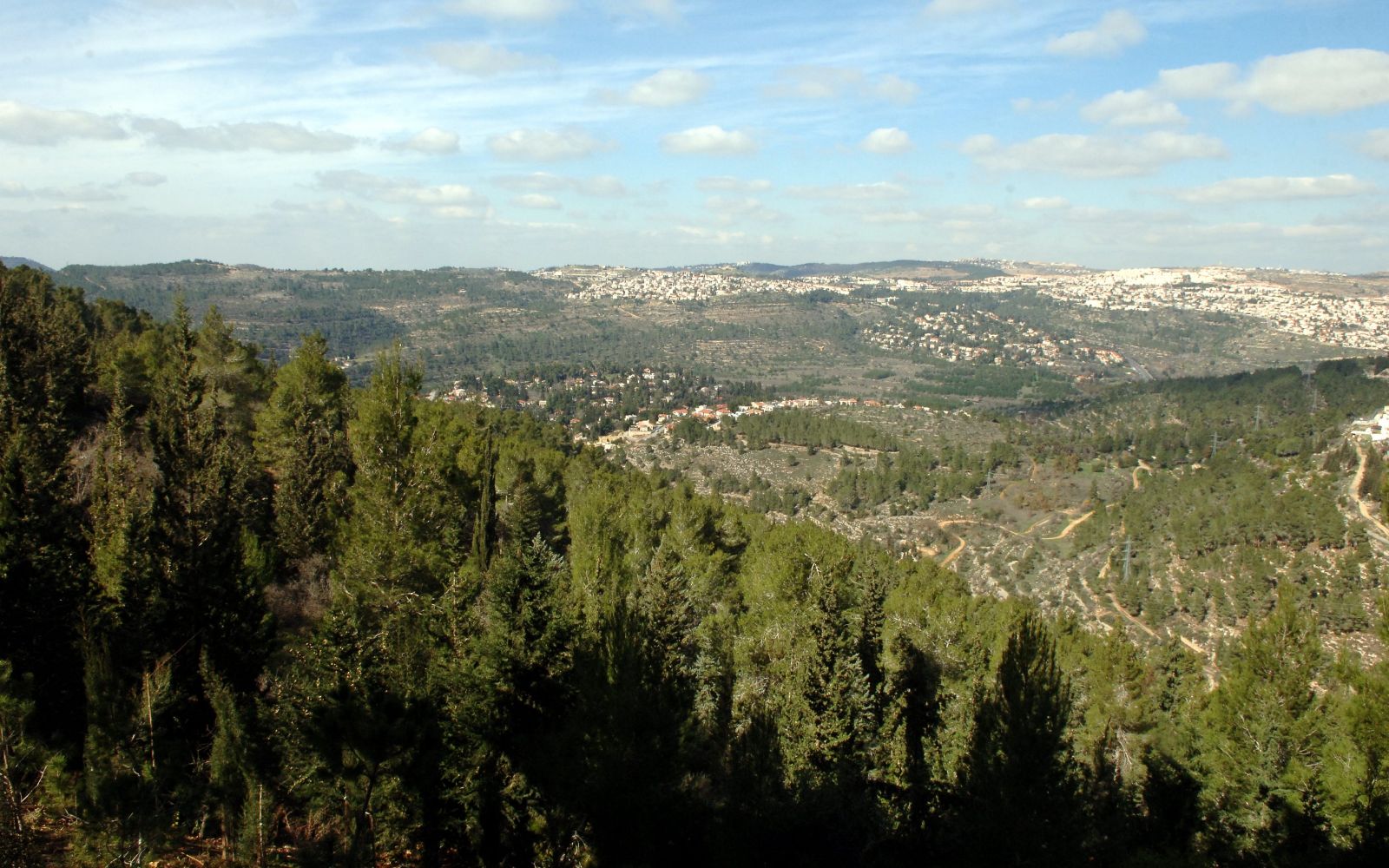 More than 250 million trees have been planted in Israel, including these in the Jerusalem area. Photo by Moshe Milner/GPO

Don’t let a little thing like a global pandemic or the lack of flights stop you from planting a tree in Israel. Just log on to the Keren Kayemeth LeIsrael – Jewish National Fund website, select the geographical area and then the specific forest where you’d like to plant a tree, make your payment and you’re done. You’ll even have a personalized online certificate to show for it. 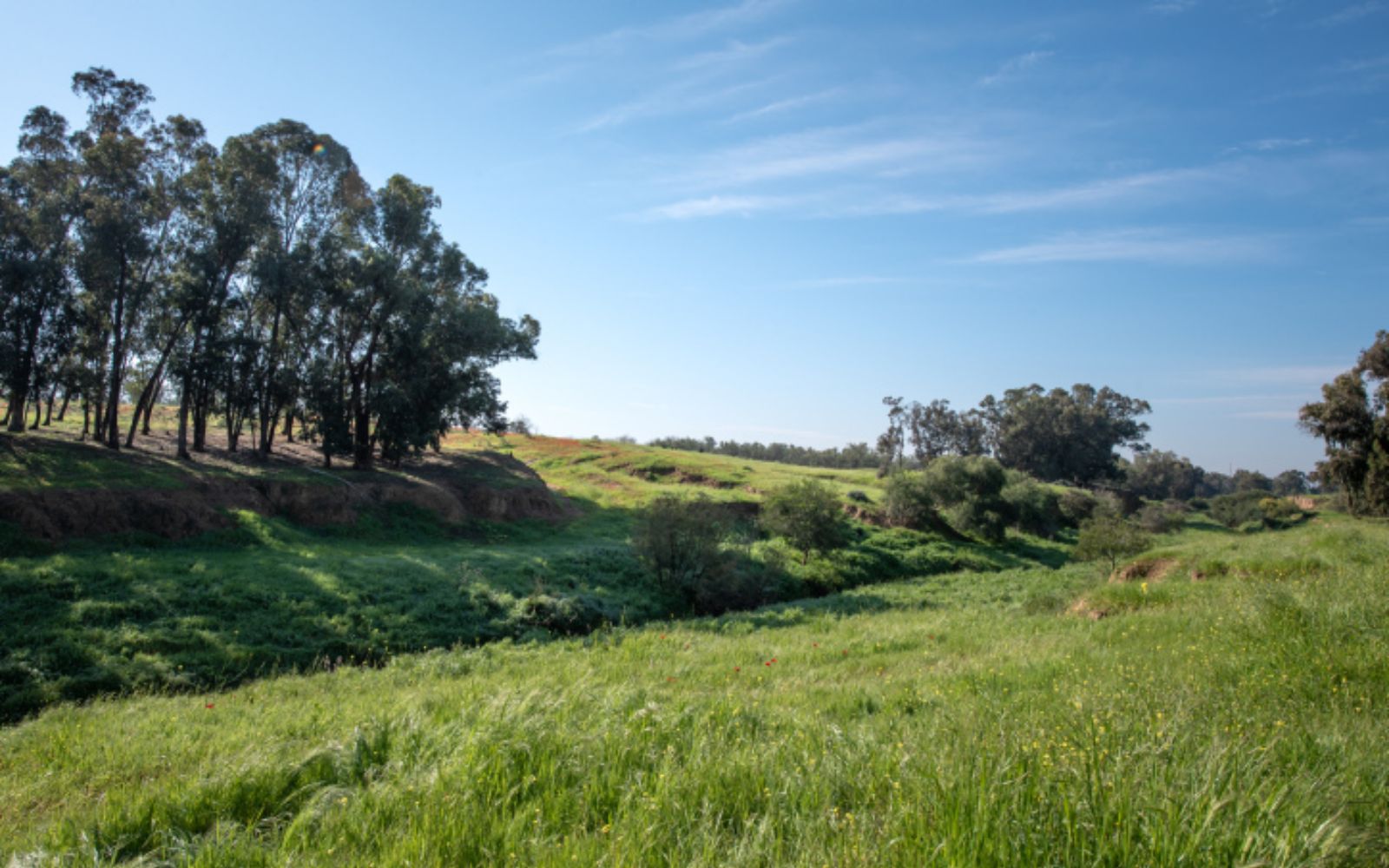 Tu B’Shvat is now celebrated to raise awareness of the environment. Photo by Mila Aviv/Flash90

As you may have noticed, Tu B’Shvat has always been a pretty green holiday. But the past few years have really seen the day being used to prompt discussion and interest in ecology, with environmental talks, lectures and activities gaining center stage.

Which is an excellent thing, considering that we want our planet’s trees to enjoy many more years to come. Happy New Year!