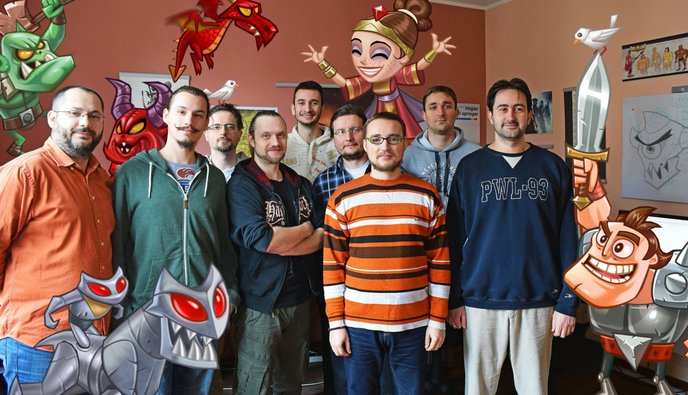 You already know that some of the coolest and most useful mobile apps in the world (think Waze) were dreamed up by Israelis. Every few months, ISRAEL21c presents 10 of the latest apps that could change the way you work and play.

Described as a mashup of WhatsApp and Skype, Rounds offers a free live communication platform where up to 12 friends can simultaneously and instantaneously send group text messages, chat via video, watch videos, play games, share photos and more. To date, Rounds has amassed $22 million in funding and millions of subscribers using iOS and Android devices

TL;DR is an email client with one mission: keeping emails short. The concept of writing a TL;DR summary at the top of emails is already out there, and Everything.Me cofounder Ami Ben David turned it into an app available on iTunes. The first 30 words of each outgoing and incoming email are converted to posts automatically (showing text, links, images, discussions), so users can swipe through their inbox quickly. Yo cofounder Moshe Hogeg invested in the app’s seed financing round.

3. Linebound – Life on the Line

This fast-paced mobile arcade game by Crazy Labs (the adult games division of TabTale  topped a million downloads in the first 72 hours of its release. Linebound was featured under “Best New Apps” in 120 countries for iPhone and iPad, and ranked in the top 10 games in more than 40 countries.

This app a one-stop 3D design marketplace and printing platform aimed at democratizing and localizing the 3D printing revolution. Choose or make your own design, optimize the design file, protect its IP and send it to a nearby 3D print shop for pickup a few hours later – all at a reasonable cost.

Tunity streams a TV channel’s audio right to your Android or iOS smartphone’s headphones so you can listen when the sound is muted – like at the gym, waiting room, hospital, bar, airport or in a place where you don’t want to disturb others. Among the 50-plus channels supported are CNN, ESPN, Nickelodeon and Food Network.

Find other dog moms and dads.

Create a social profile for your dog with the aim of acquainting owner and pooch with other two-legged and four-legged friends. When you take Rex for a walk, turn on the app and it displays your location to other local users who are also out and may want to socialize. Other nifty features include locating and rating local dog parks, vets and pet shops; tips and articles about canine health and notifications from your dog walker.

Similar to Wooof, Dogiz is a community-driven platform enabling urban dog owners to stay in touch with their dog-park community and local canine services via a live interactive map, and manage all aspects of their dog’s life from an Android or iOS smartphone. 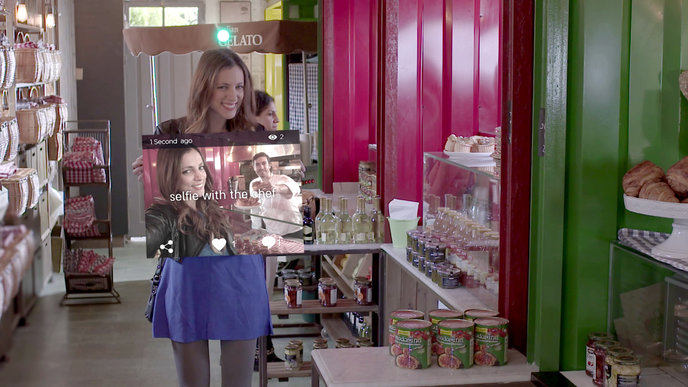 Space Tag lets you leave a virtual mark wherever you go.

This new app from indoor-navigation pioneer Shopcloud lets users leave a personal mark wherever they go. Take a picture, add text, tag it to the location and then share it. When Space Tag users scan an area they’re visiting with a smartphone, the app reveals all the virtual posts in that location, creating a global crowdsourced social map.

College students can rate their professors quickly, easily and anonymously using this new mobile iPhone and Android app from Cloudents. The app’s matching algorithm instantly identifies the university users who attend and professors most likely to be relevant from a database of more than 1.5 million university professors worldwide. Ratings are averaged to show a score. The company has received $1 million from Benson Oak Capital.

Billed as “the world’s music messaging service,” Music Messenger lets users send one another any song from their own library or from the app’s unlimited music catalog, in real-time. You can add a cover photo to a music track and some text to make the music message more personal. Available for iOS and Android, Music Messenger automatically builds a music library and playlist from the music messages you receive.

UNCOVER ISRAEL - Get the ISRAEL21c
Weekly Edition free by email
Sign Up Now!
Bring Israel's story to life.
Millions of people around the world rely on us to gain a deeper understanding of Israel. We are the trusted source for original content you won't find anywhere else.
You can make a difference. Donate today to support journalism that brings Israel’s story alive.
SUPPORT ISRAEL21c
Read more on:   Tunity, Wooof, Dogiz, GradeBack, Music Messenger, Israeli apps, Technology