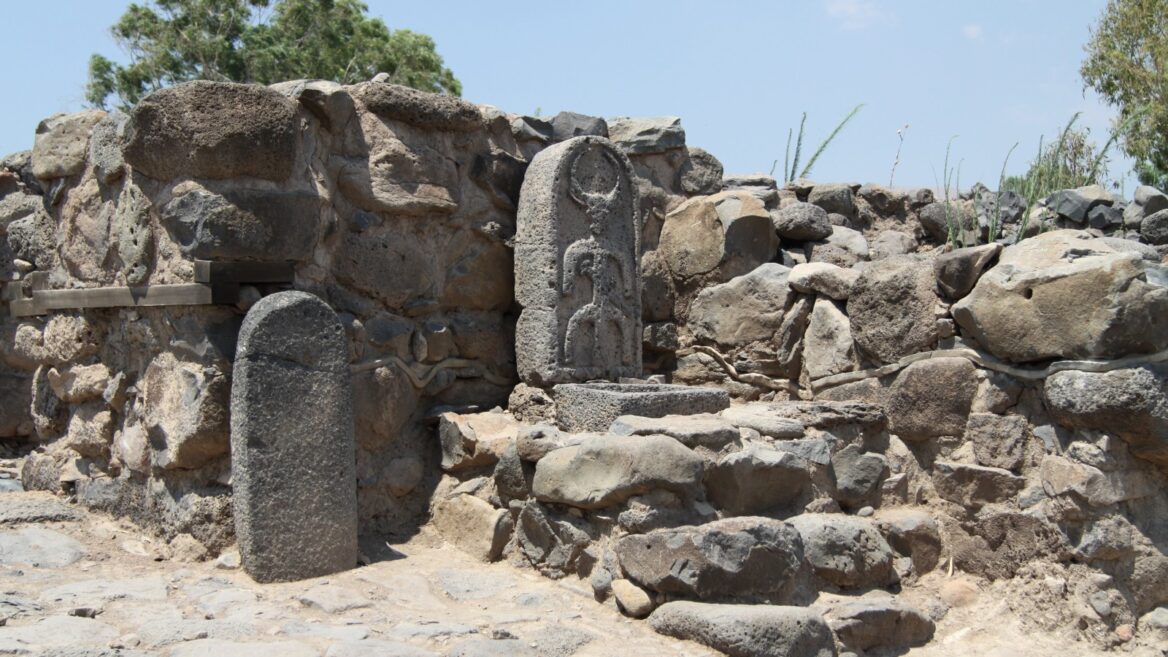 Ruins of a city gate and pagan stele at the Et-Tel archaeological site at Bethsaida. Photo by Chmee2/Wikimedia Commons

If you read our article about the 10 most iconic archeological sites in Israel, now you’re ready to explore 10 other exciting, but lesser-known, dig sites.

Their names may not be household words, but they provide important pieces in the historic puzzle of this land’s long history.

Our list was compiled with the help of Bar-Ilan University archeologist Prof. Aren Maeir. He has directed excavations and surveys in Jerusalem (the Western Wall Tunnels, Mamilla, Kikar Safra, Malha), the Beit She’an Valley and Tel Yavneh. He’s widely known for his ongoing work at Tel es-Safi, the site that opens our list.

Maeir notes that these sites are open to the public. Many have well-marked paths with excellent signage explaining what you’re seeing.

In case you’re wondering, “tel” (as in Tel Aviv) is a mound formed from the accumulated remains of human dwellings built on top of one another for thousands of years. 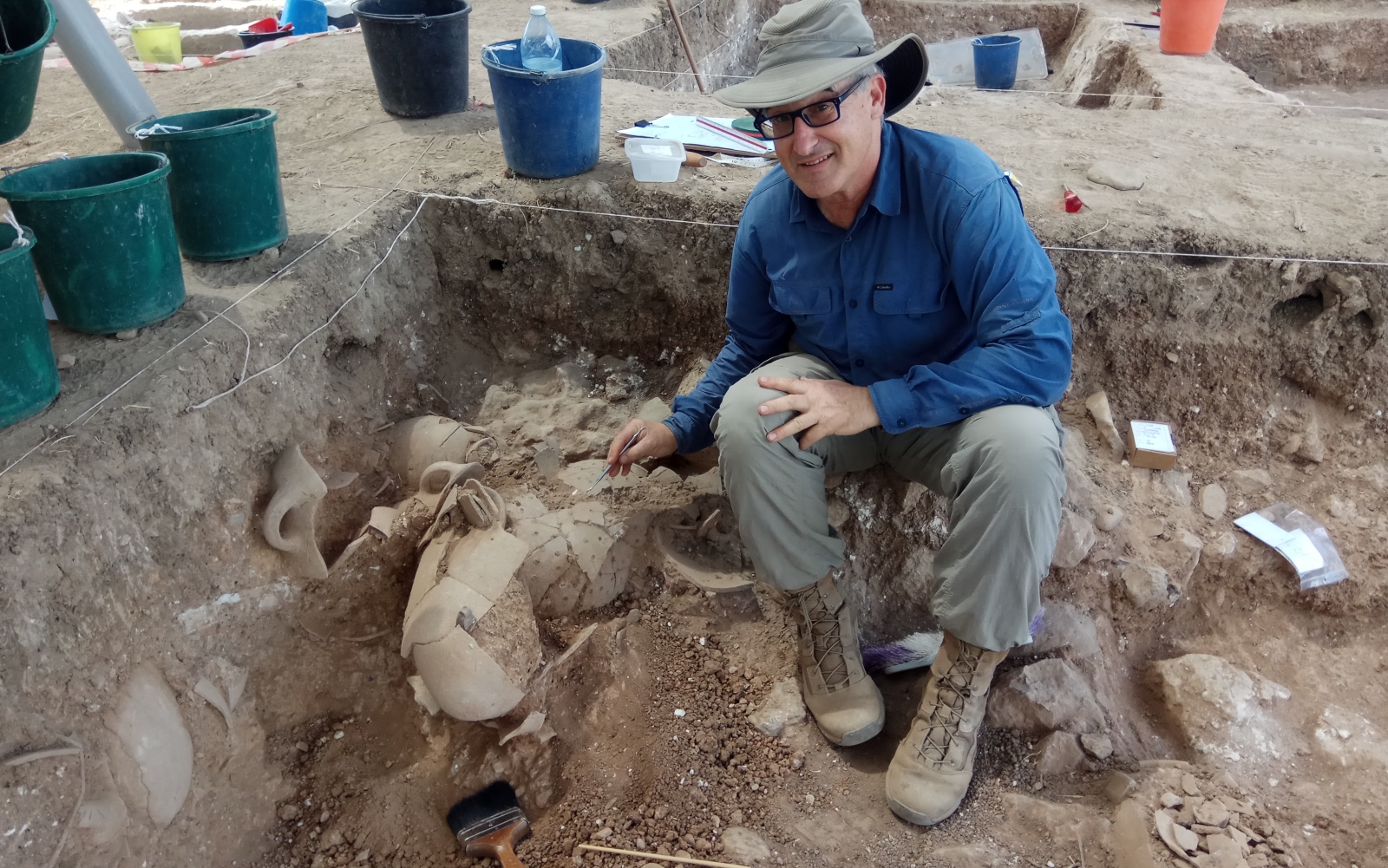 Maeir has coauthored two volumes on the fascinating findings of his excavations at Tel es-Safi for nearly 25 years.

Unearthed treasures include a temple, city gate, the earliest known siege system in the world and the earliest deciphered Philistine inscription. It’s also a public park with a well-marked trail and “an astounding view of the region,” says Maeir.

“This was the largest Philistine city in the region before it was destroyed in the ninth century [BCE] by the Arameans, and was one of the most important biblical sites,” Maeir tells ISRAEL21c.

The biblical Azekah was the lowlands arena where that mismatched fight between David and Goliath took place.

Tel Azekah excavations since 2012 by Tel Aviv University’s Prof. Oded Lipschits and Yuval Gadot, and Prof. Manfred Oeming of Heidelberg University, have revealed monumental remains of temples, palaces, and fortification systems, as well as rare artifacts such as intact vessels, coins and seals dating from the Early Bronze Age to the Byzantine Period. 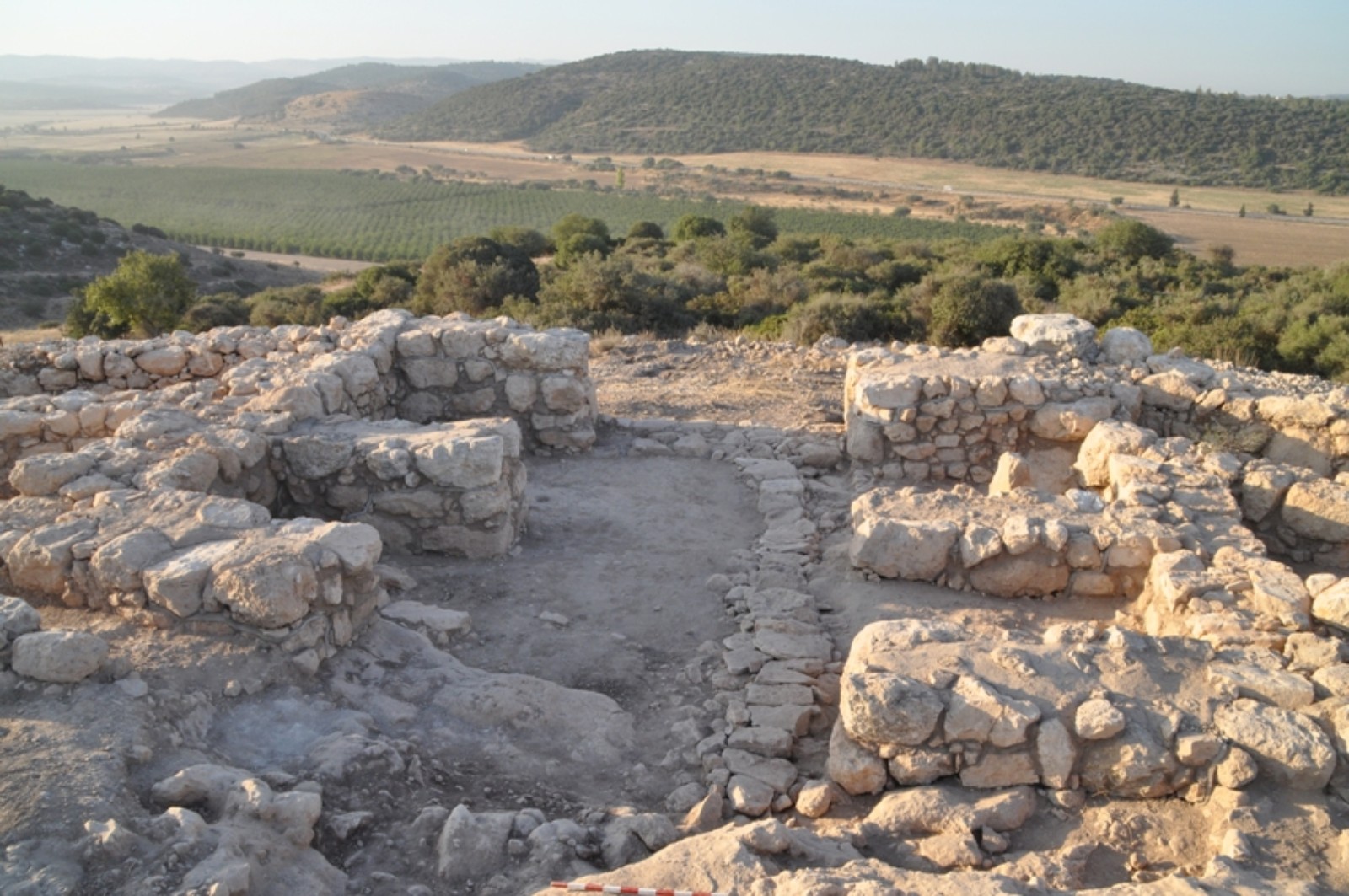 The southern Iron Age city gate of Khirbet Qeiyafa, with the Valley of Elah in front. Photo: courtesy

Twenty miles southwest of Jerusalem, to the south of modern Beit Shemesh on the edge of the Elah Valley, Khirbet Qeiyafa is thought by Hebrew University archeologist Prof. Yosef Garfinkel to have been the seat of the early kingdom of Judea.

About 20% of the ancient city was excavated by Garfinkel and Israel Antiquities Authority archeologist Saar Ganor between 2007 and 2013. The findings indicate a well-planned fortified city was here as early as the late 11th to early 10th centuries BCE.

People can explore the site, including unearthed First Temple-era fortifications, temples and gates, and pottery and metal objects. A marked path was recently upgraded by the Israel Nature and Parks Authority. 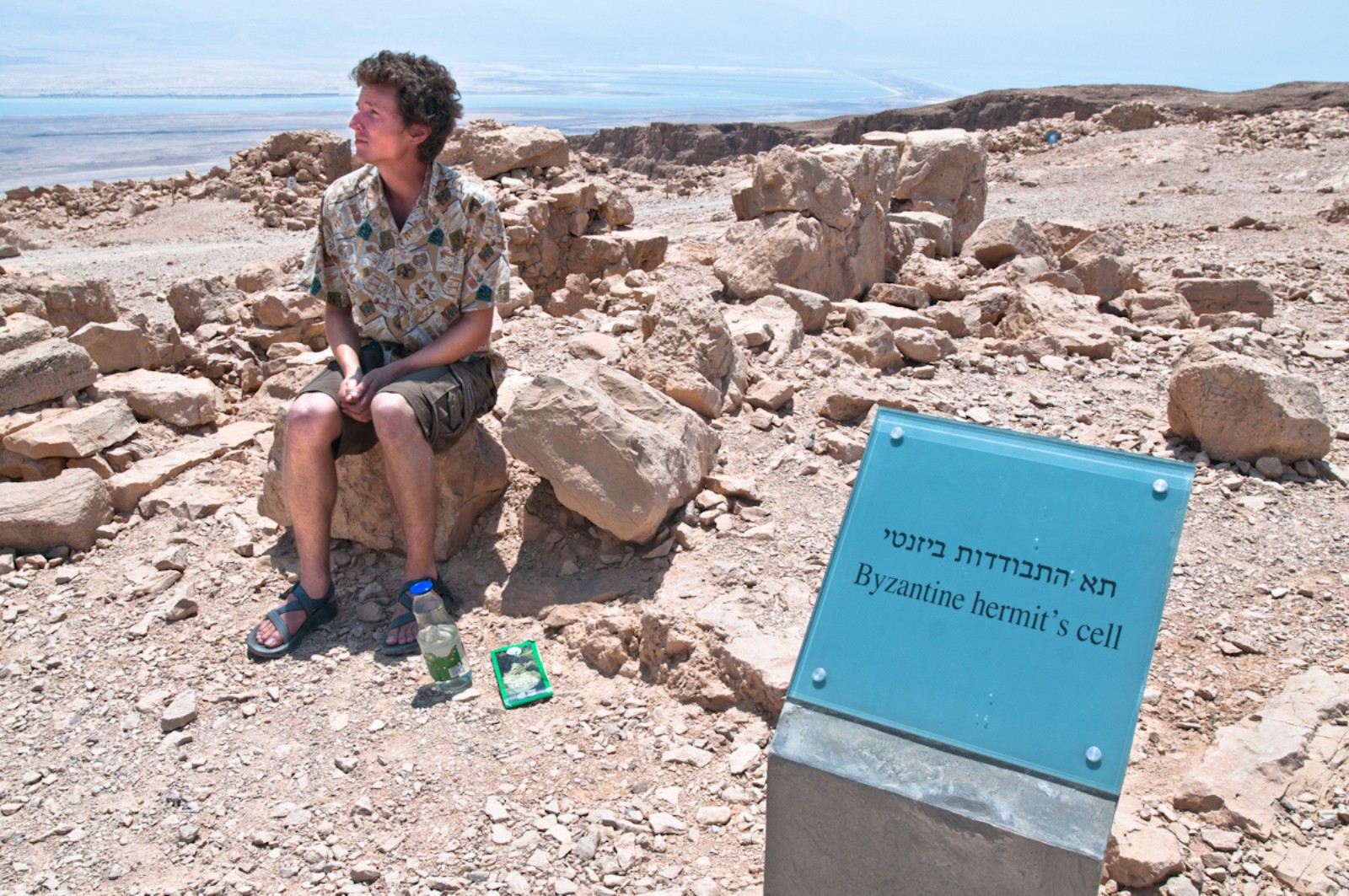 An archeology volunteer sitting near a Byzantine hermit’s cell at Tel Dor, 2011. Photo by Lang Gito

Tel Dor was the site of the most important harbor on Israel’s northern Mediterranean coast until the founding of Caesarea in about 25 BCE.

Located south of Haifa, Tel Dor’s documented history begins in the Late Bronze Age although the town was founded in the Middle Bronze Age, about 2000 BCE. Dor was successively ruled by different nations until the end of its 3,000-year existence in the Crusader period.

The newest expedition to Tel Dor was launched in 2003, directed by archeologists Ilan Sharon of Hebrew University and Ayelet Gilboa of Haifa University. The park here is being renovated and will be accessible to strollers and people with mobility limitations.

Tel Kabri sits in the midst of modern avocado plantations in the Western Galilee.

The Middle Bronze Age Canaanite city was excavated by archeologists Assaf Yasur-Landau from Haifa University and Eric Cline from George Washington University. They found a well-preserved palace with beautiful frescos done in the unique style of Minoa (ancient Crete).

Between 2013 and 2015, they excavated an Iron Age wine storage complex. Analysis of residues in the ceramic jugs found there, done at Brandeis University, revealed wines seasoned with honey, herbs and spices including cinnamon. This find made international news.

“It was here that one of most important finds in all of Israel was discovered: an Aramaic royal inscription mentioning a king of the house of David,” says Maeir.

Six seasons of excavations at this tel were directed by Hebrew University’s Naama Yahalom-Mack and Nava Panitz-Cohen with Prof. Robert Mullins from Azusa Pacific University of Los Angeles from 2013-2108.

Pottery from the Early Bronze Age was found here, but the earliest architectural remains excavated so far date to the Middle Bronze Age and include fortifications, graves, a sewage installation, a courtyard house, and numerous baby jar burials.

Remains from the Late Bronze Age include a hoard of silver in a jar. 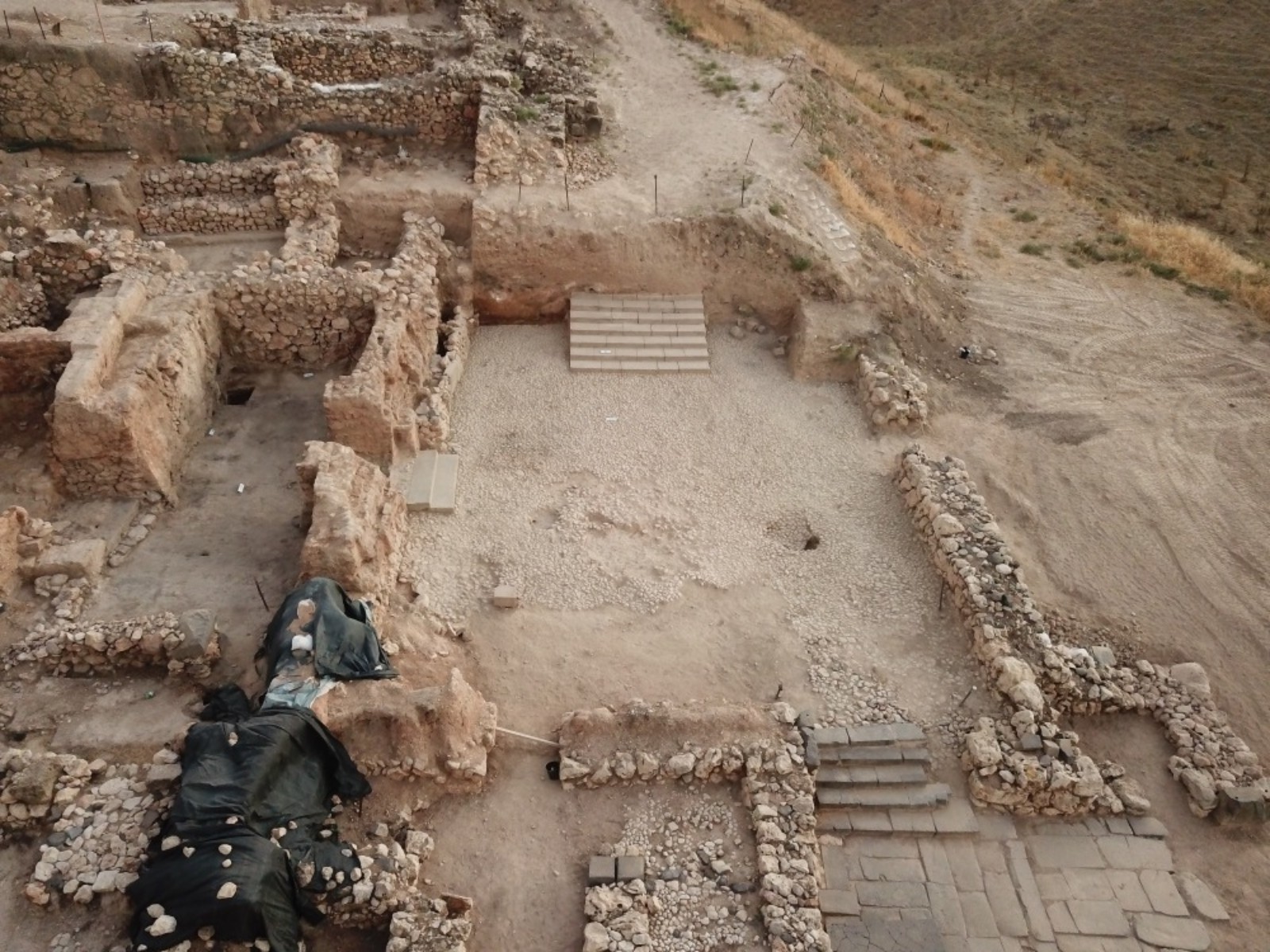 “Hatzor was the largest city in the land during the Canaanite Middle to Late Bronze Age. During the Israelite Iron Age period, Hazor became a fortified site,” says Maeir. As many as 15,000 Canaanites lived here in the second millennium BCE.

The Iron Age fishing village Bethsaida on the northern side of the Sea of Galilee (Lake Kinneret) may or may not be the Bethsaida mentioned in the Gospels as the birthplace of the Apostles Peter, Andrew and Philip – a site called El Araj also makes that claim to fame – but today it’s a lovely private park with an entry fee.

Bethsaida (“house of the hunt” in Hebrew) has been excavated for the last 25 years. The Et-Tel archeological site covers 20 acres and its first layer of settlement is from the 10th century BCE, when this area was part of the Aramaean kingdom of Geshur. Excavations have revealed a stele of an Aramean moon god, grand palaces and the largest city gate of the biblical period ever excavated in Israel.

Today, Motza is a lovely suburb west of Jerusalem. It’s also mentioned in the Bible.

The archeological site Tel Motza was excavated extensively by the Israel Antiquities Authority prior to construction of a section of Highway 1 to Jerusalem in 1993, 2002, 2003 2012 and 2013, confirming that this is the same as the biblical Motza first mentioned in the book of Joshua. ​

Motza was settled continuously during the Iron Age II (10th to 6th centuries BCE). Judging by its dozens of silos and two storage buildings, the site was a royal granary supplying Jerusalem.

In July 2019, when Highway 1 was being expanded again, Motza was discovered to contain remains of what may be the largest Neolithic village ever found.

Ongoing excavations directed by Shua Kisilevitz and Prof. Oded Lipschits Tel Aviv University aim to fully unearth an Iron Age temple complex found at Motza, which is intriguing because it is from the same era when the first Holy Temple in nearby Jerusalem was standing. 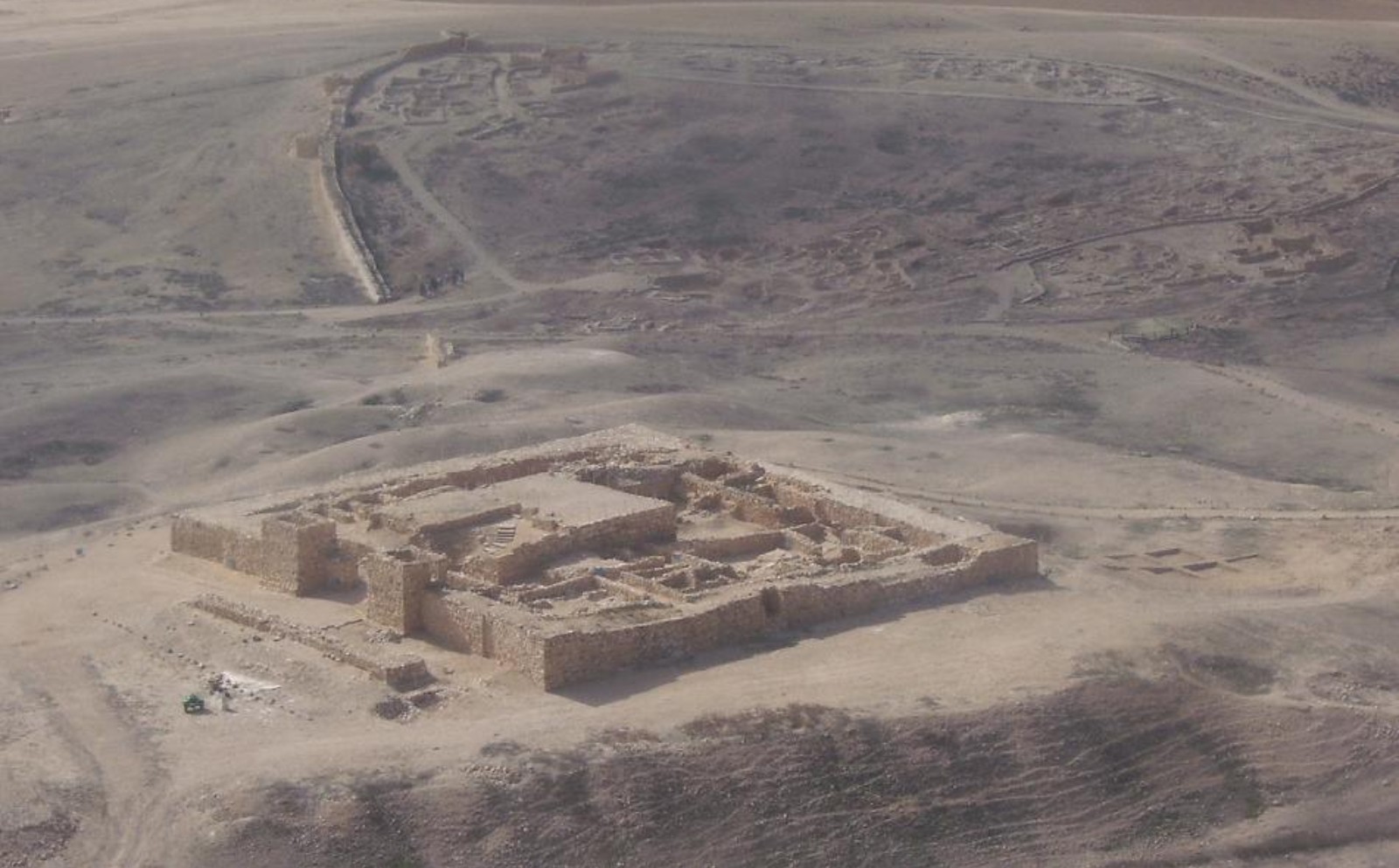 At the national park of Tel Arad in the northern Negev, archeologists have unearthed a Judean fortress from the Iron Age with a unique temple and remarkable water facility, and an Early Bronze Age Canaanite planned city underneath it.

Canaanite Arad was surrounded by a thick, tall wall with wicket gates and towers protruded from it. Remains of residential homes, a palace, temples, fortresses, city gate and remarkable water facility have been unearthed.

One of the temples, in use from the ninth to the end of the eighth century BCE, concurrently with the first Holy Temple in Jerusalem, was built according to the plan of the desert Tabernacle described in the Bible. Pottery shards bearing inscribed names of priestly families mentioned in the Bible were found here.

Close to the southern wall of the fortress an archive was found, containing 17 ostraca – potsherds used as writing surfaces — written mostly in ancient Hebrew script.