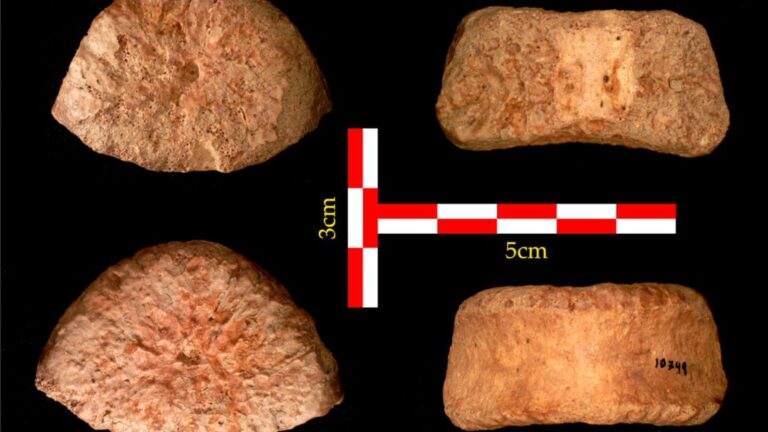 Top, rear, bottom and front views of the 1.5-million-year-old child’s vertebra discovered at Ubeidiya in the Jordan Valley. Photo by Dr. Alon Barash

A human child’s vertebra dating from approximately 1.5 million years ago, discovered in the Jordan Valley, is the earliest fossil evidence of ancient human remains ever discovered in Israel.

The bone is a human lumbar vertebra from a six- to 12-year-old child who died approximately 1.5 million years ago, said human anatomy and evolution researcher Alon Barash of the Azrieli Faculty of Medicine of Bar-Ilan University and paleoanthropologist Ella Been of Ono Academic College 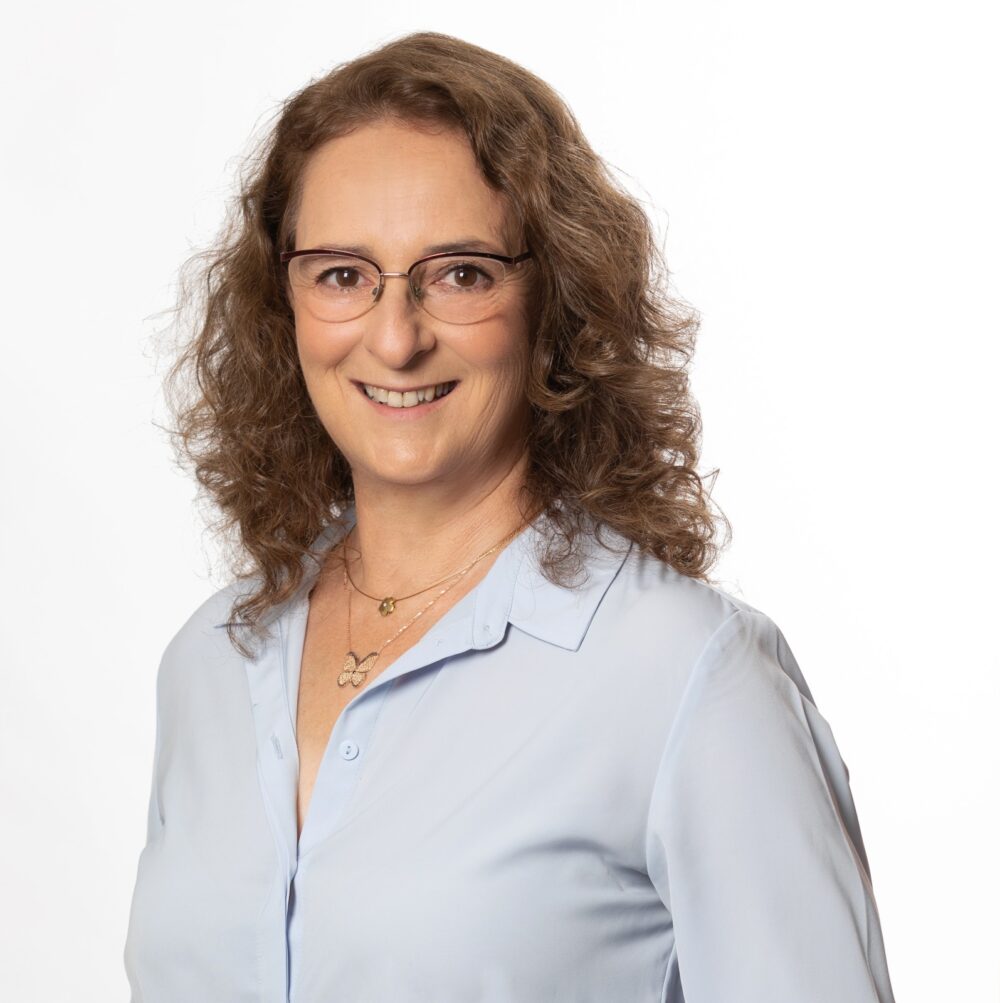 “Had this child reached adulthood, he would have reached a height of over 180 centimeters [5 feet, 9 inches]. This ancient human is similar in size to other large hominins found in East Africa and is different from the short-statured hominins that lived in Georgia [Caucasus],” said Been, an expert in spinal evolution.

An article about the find in Scientific Reports explains that ancient human migration from Africa to Eurasia occurred in waves.

The first wave reached the Caucasus approximately 1.8 million years ago. The second, from about 1.5 million years ago, is documented in Ubeidiya, in the Jordan Valley south of the Sea of Galilee. These two species were different in appearance and form, technique and tradition of manufacturing stone tools, and the ecological niche in which they lived, said Barash. 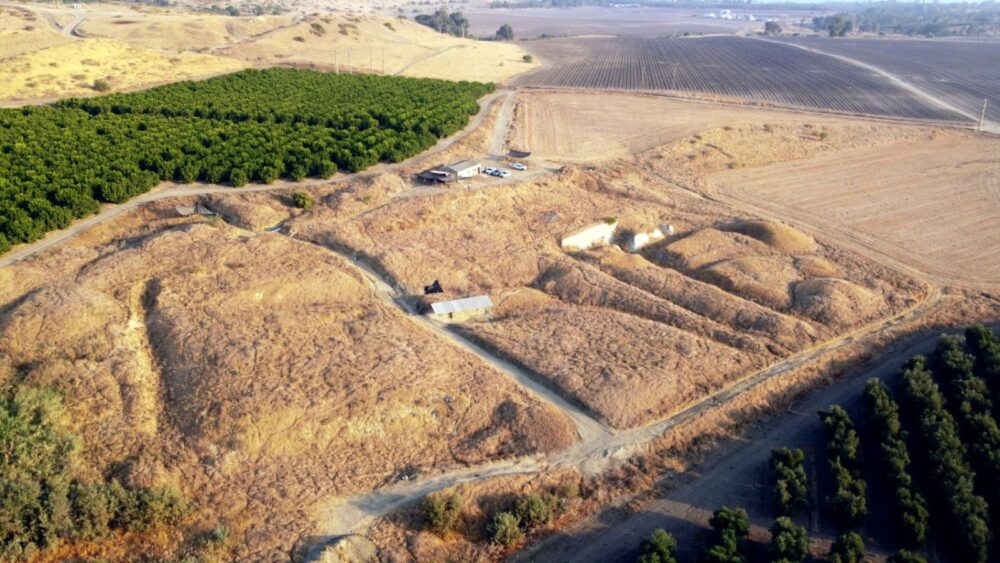 The Ubeidiya site in the Jordan Valley where an ancient human vertebra was unearthed. Photo by Dr. Alon Barash

Ubeidiya was excavated by several expeditions between 1960 and 1999, yielding a rare collection of stone artifacts and extinct animal bones — sabertoothed tiger, mammoths, and a giant buffalo — alongside bones of animals not found today in Israel, such as baboons, warthogs, hippopotamuses, giraffes and jaguars.

Recently, excavations were resumed by paleoanthropologist Miriam Belmaker of the University of Tulsa, and Omry Barzilai of the Israel Antiquities Authority using new absolute dating methods. 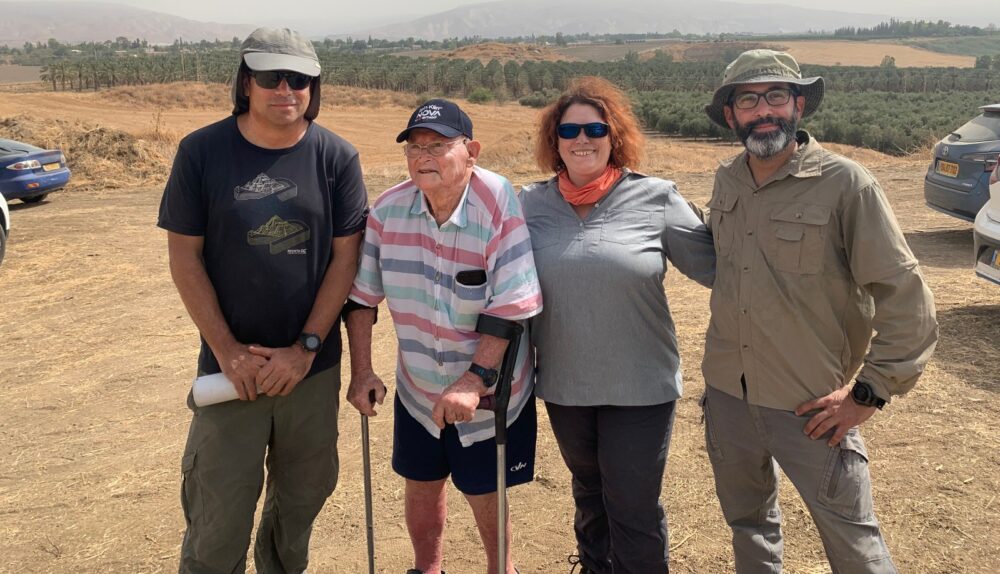 While looking at fossils from the site, now housed at the Hebrew University’s National Natural History Collections, Belmaker discovered the human vertebra, initially unearthed in 1966 and apparently overlooked previously.

UNCOVER ISRAEL - Get the ISRAEL21c
Weekly Edition free by email
Sign Up Now!
Bring Israel's story to life.
Millions of people around the world rely on us to gain a deeper understanding of Israel. We are the trusted source for original content you won't find anywhere else.
You can make a difference. Donate today to support journalism that brings Israel’s story alive.
SUPPORT ISRAEL21c
Read more on:   News, Archeology, Bar-Ilan University, Ono Academic College